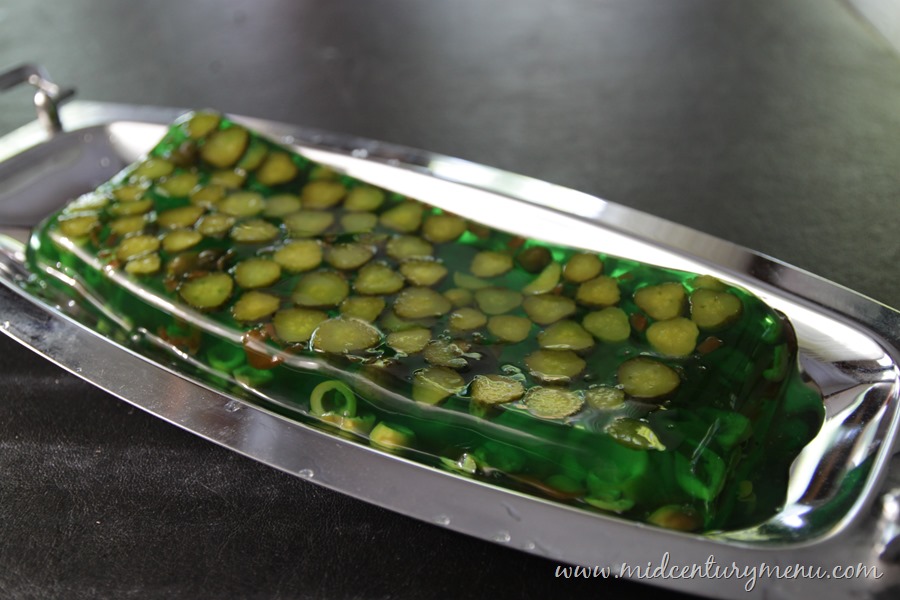 So, I really enjoyed doing the 2014 recipe round up, so I decided to bust the 2013 out of the archives for you guys.

2013 was a pretty crazy year for Mid-Century Menu! We tested about 75 vintage recipes, most of them gelatin and not enough of them cocktails. We took about 3000 pictures of food, spent hundreds of hours editing and writing and in the end our blog tripled it’s viewership. Which is a pretty good year, I think. Oh, and we had a baby. Which, it turns out, can really throw you off your normal schedule. Who knew?

It was slimy. It was slippery. It was filled with Spam. It was Wham Spam Pie. 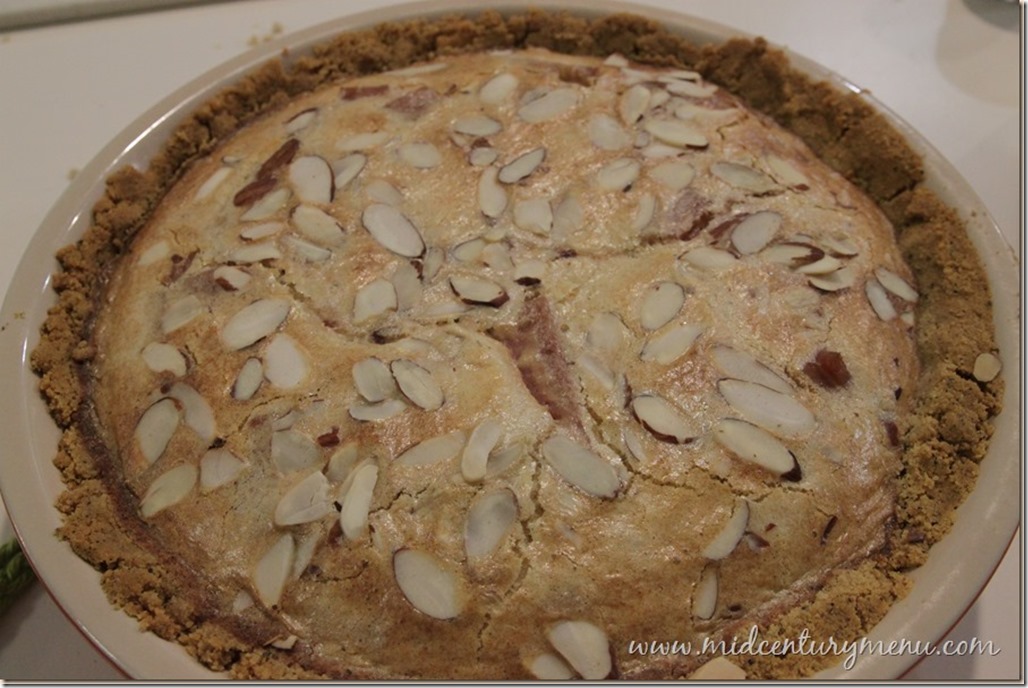 This pie had a bizarre texture that was caused by the unnecessary blending of half of the Spam into a liquid that was mixed with the eggs. 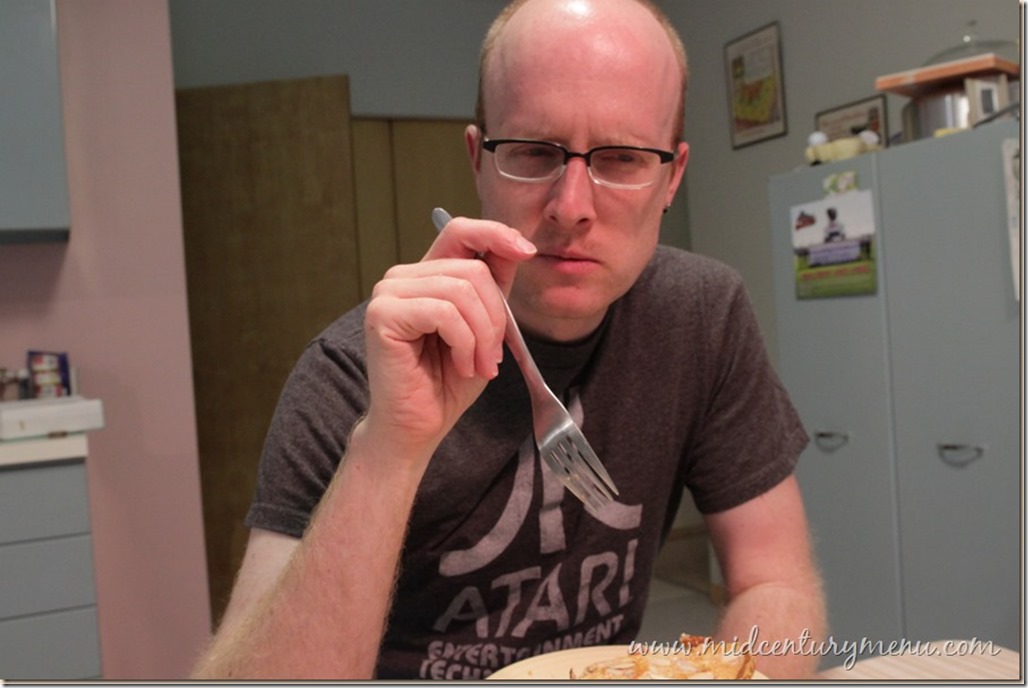 Want to know what happens when you wrap about 10 slices of raw bacon around a hot dog and then bake it?

Things get a little crazy. 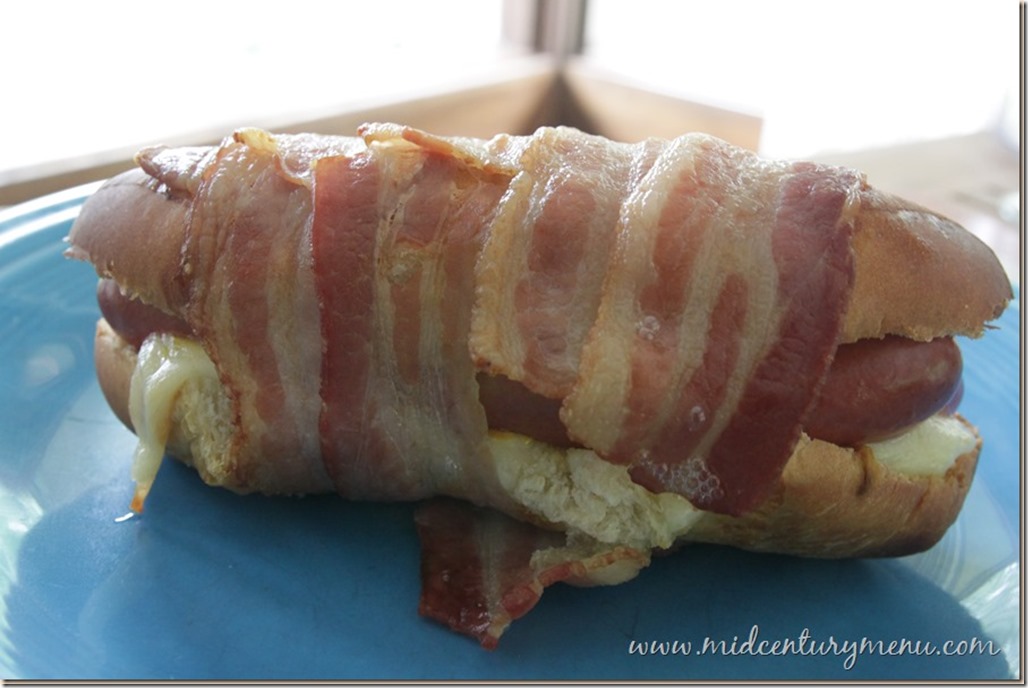 Even small babies are shocked by the result. 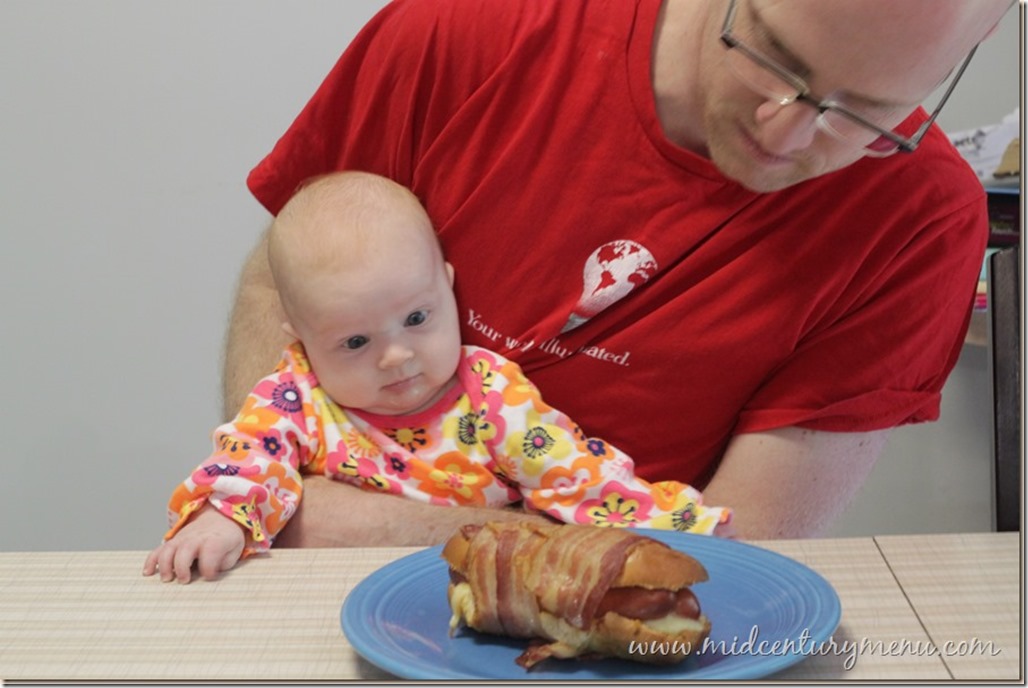 The Verdict: Greasy. And not in a good way.

Vintage Cocktail Friday debuted this year, and it has been a ton of fun making, and drinking, some vintage drinks. 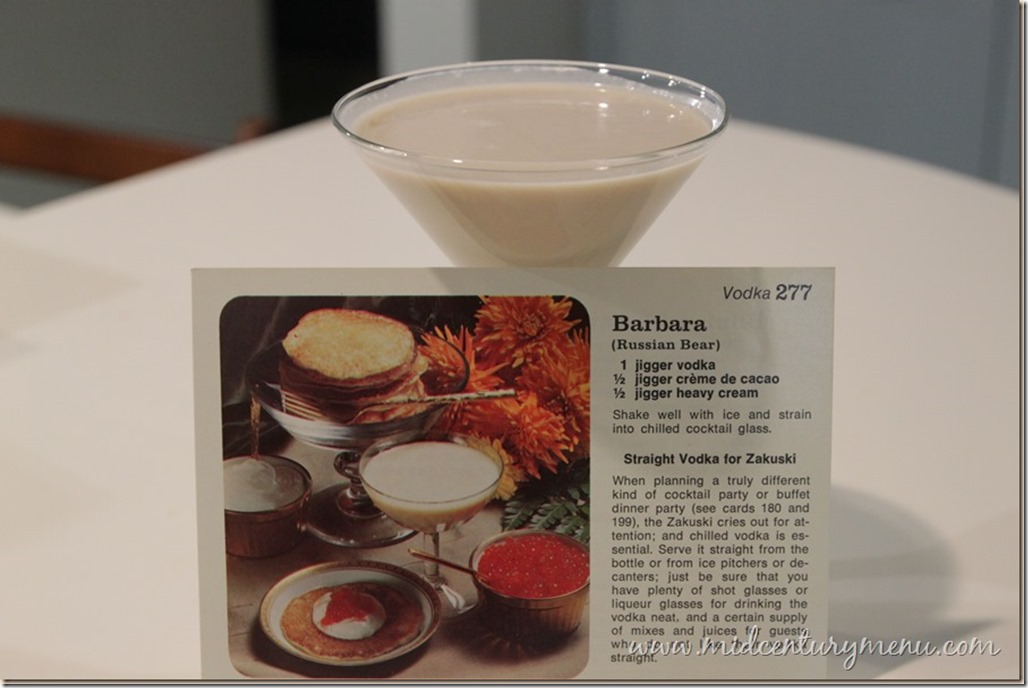 And then, there were the gelatin dishes. 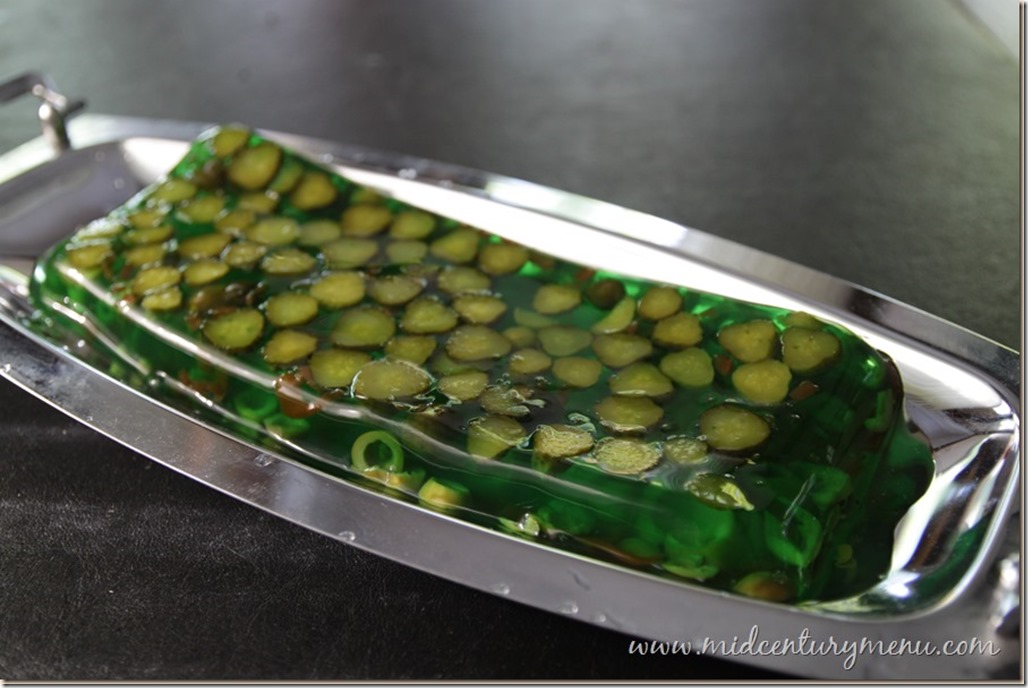 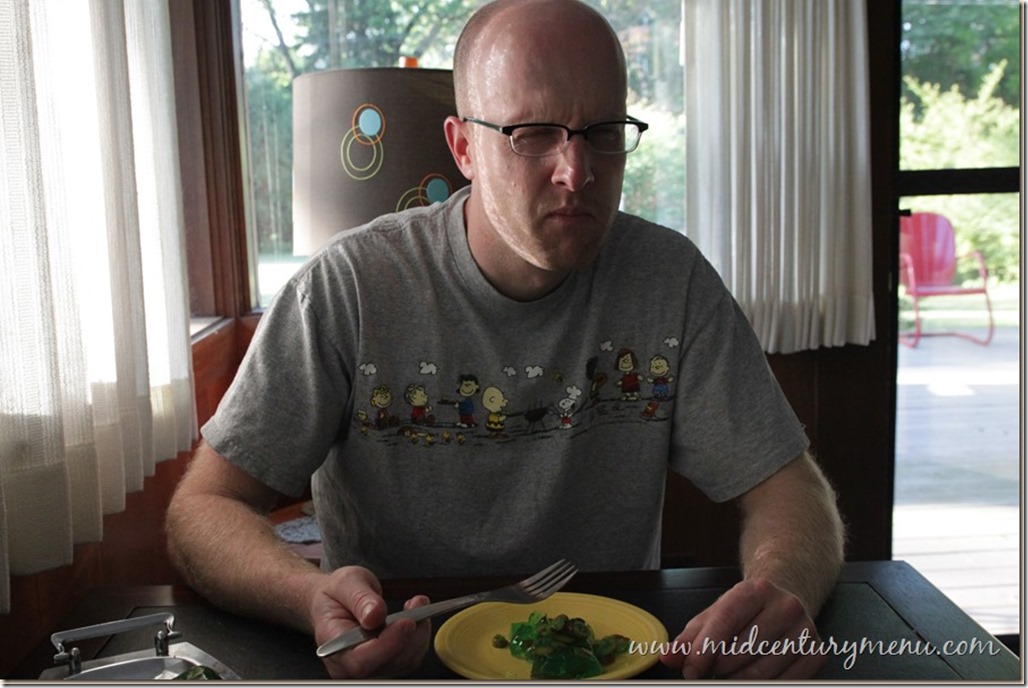 This fun, and tasty, salad came from a rather spectacular church cookbook. 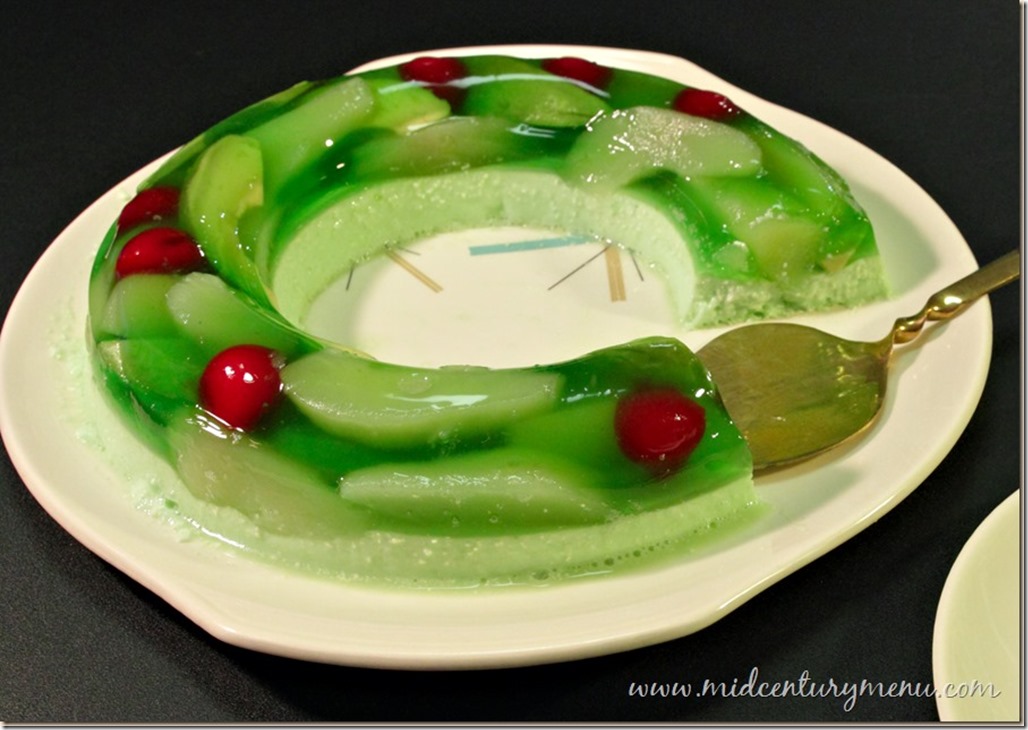 If you are wondering about the “second” pear, it is the avocado, or alligator pear. 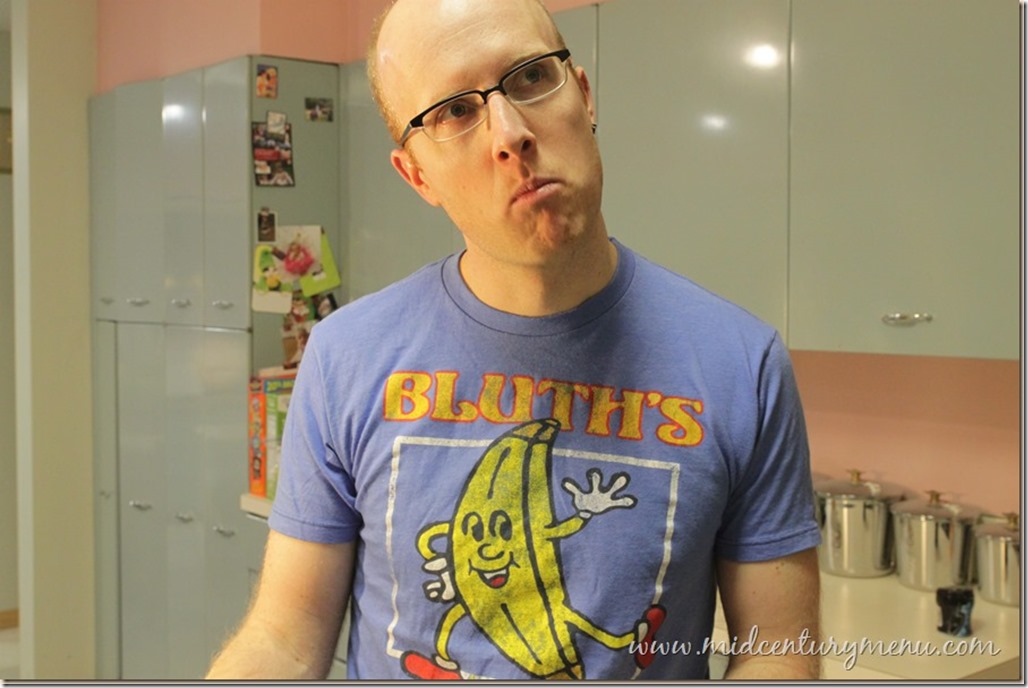 Did I mention how much fun Vintage Cocktail Friday has been? 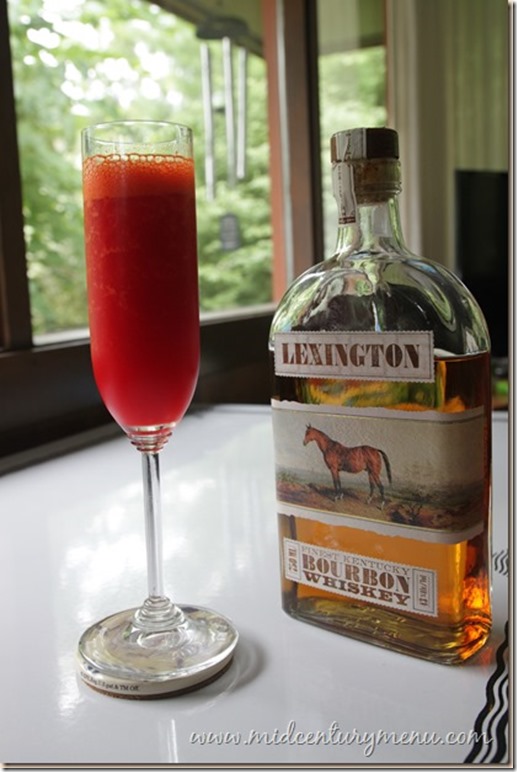 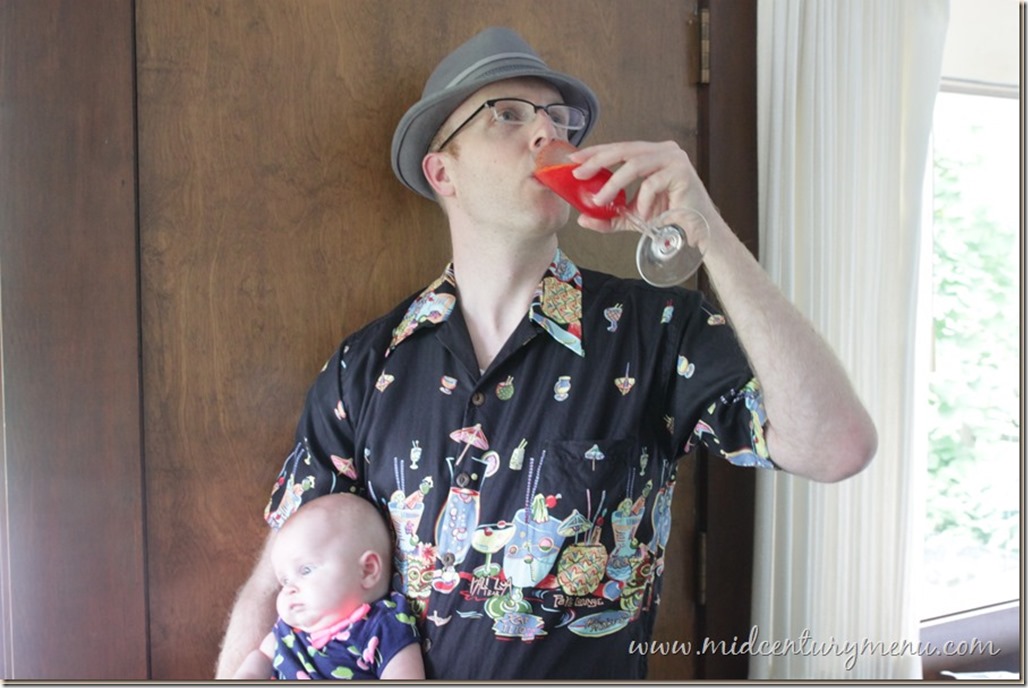 Even though Alex doesn’t look like she is having fun at all.

This was actually a really interesting and fun salad to make. It combined lemon gelatin AND lemon pudding to make a huge salad that would be fun to take to a summer picnic or potluck. 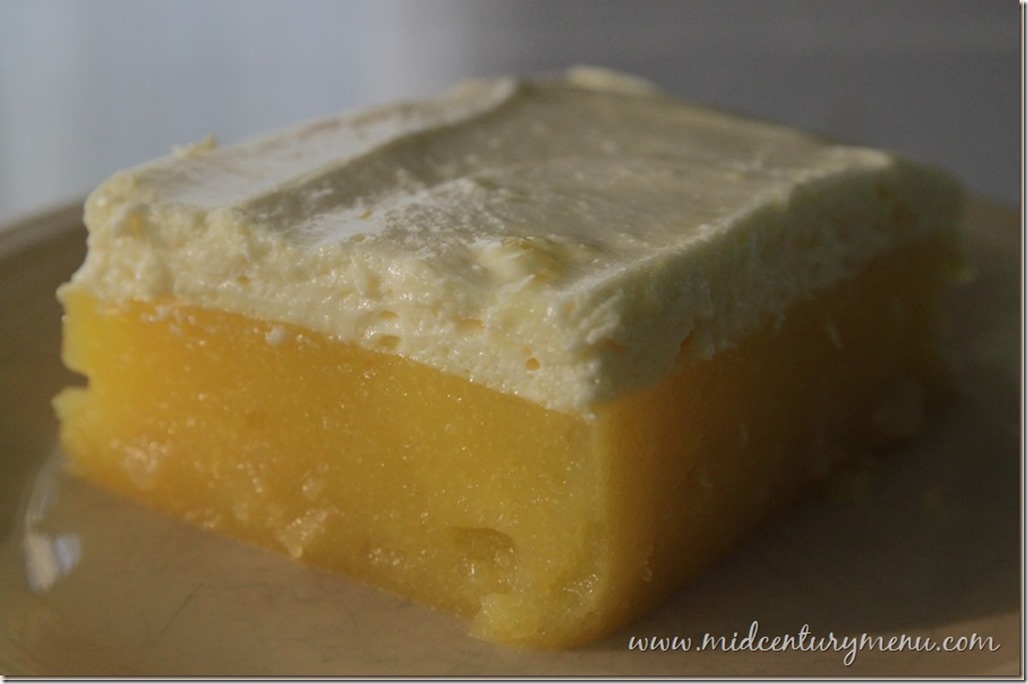 Just don’t ask whether this thing is actually a salad or a dessert. 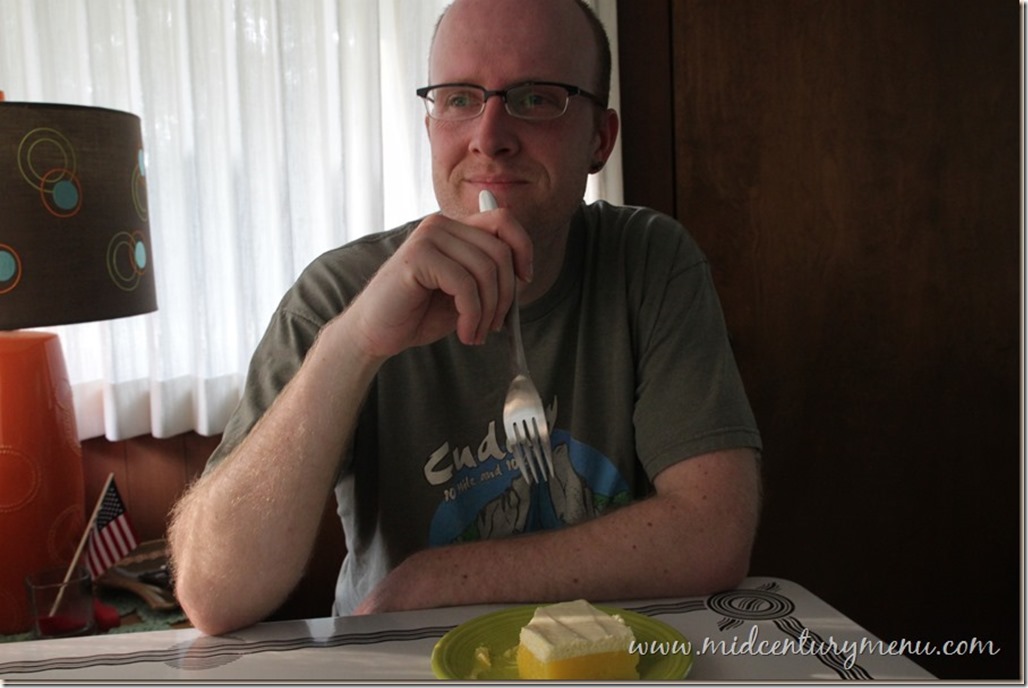 The Verdict: It’s A Dessert

Even though this wasn’t a mid-century recipe, it was one Tom had been wanting to make for a long time. So we did. 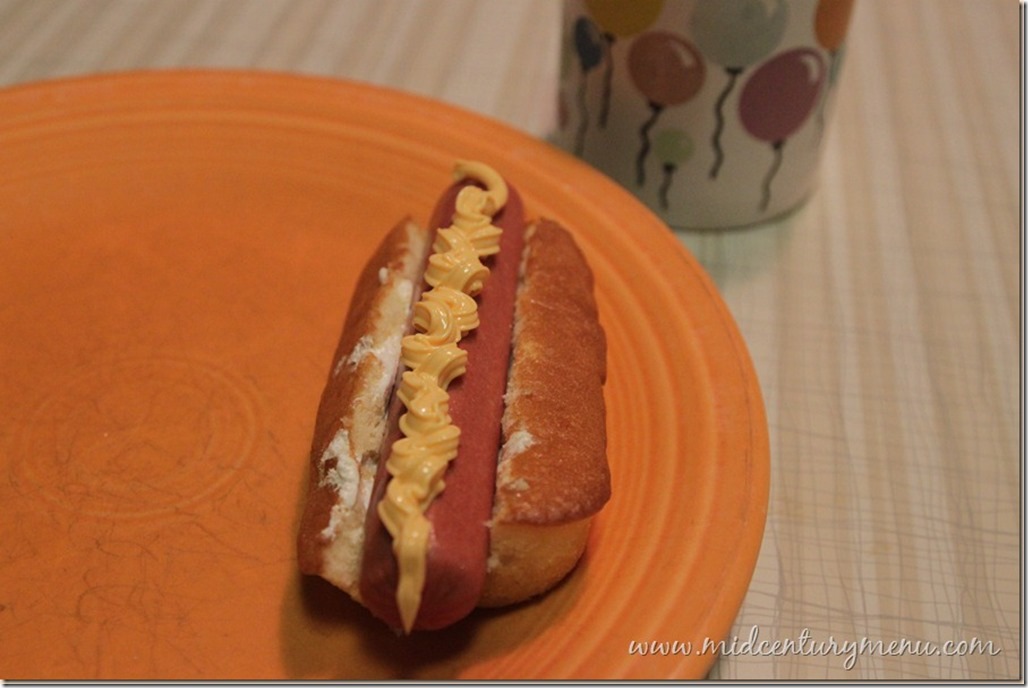 And it ended up pretty much like you’d think it would. 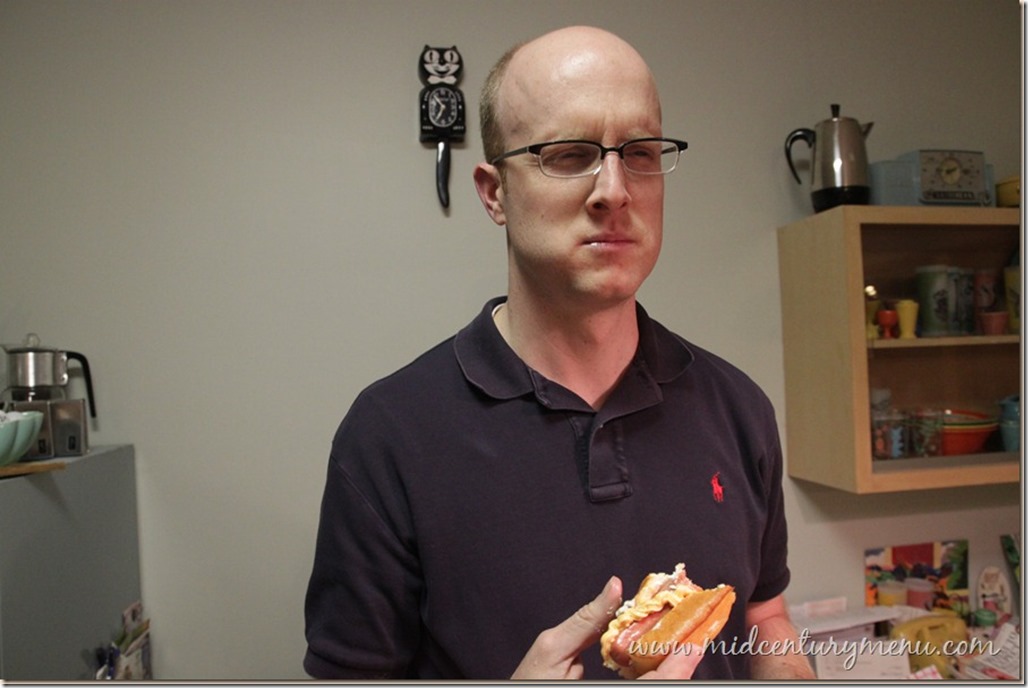 The Verdict: Not good, but not horrible

This year we participated in an epically awesome Vincent Price Halloween Cookalong, and we were lucky enough to draw the meatloaf. 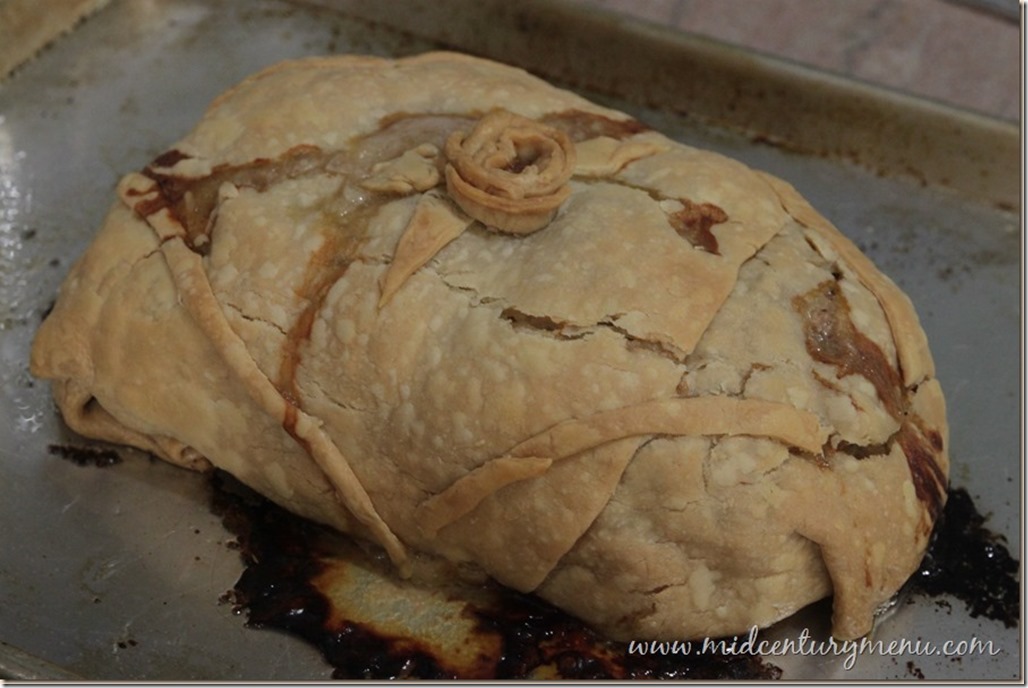 And because it was Vincent Price, it was very good! 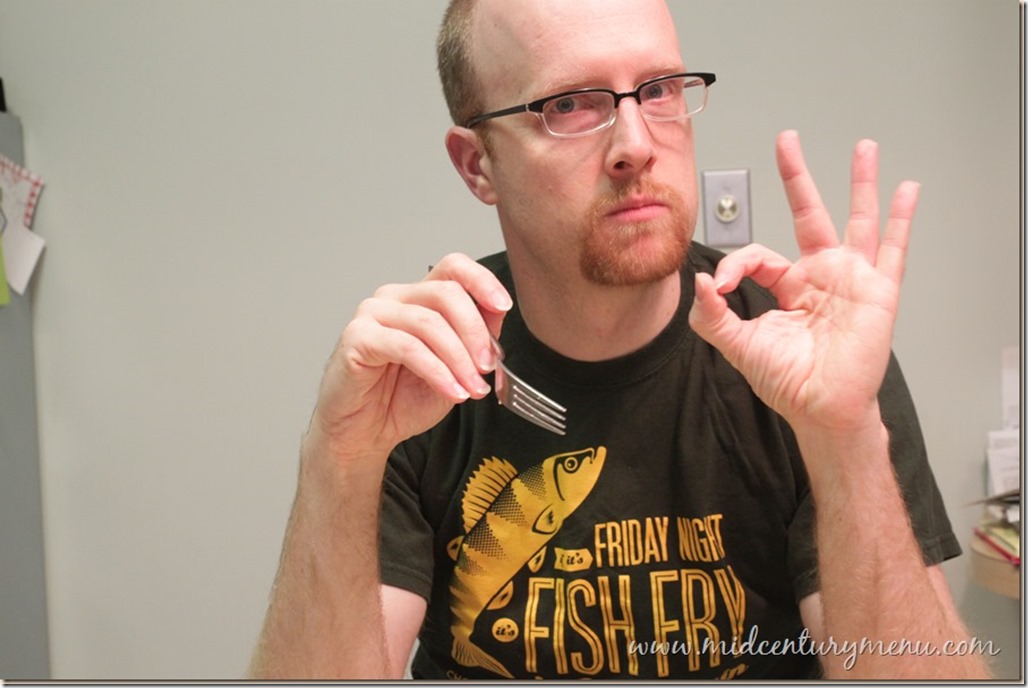 I think that 2013 was the year of lessons for me. I really learned so much. I learned why new parents always look so tired. I learned that blogging can be done at two in the morning of you are motivated enough. I learned that it is possible to go without power for a few days if you have a gas fireplace and a gas water heater.

And I learned not to judge a gelatin salad until I’ve tried it, because sometimes even the most unlikely gelatin can be delicious. 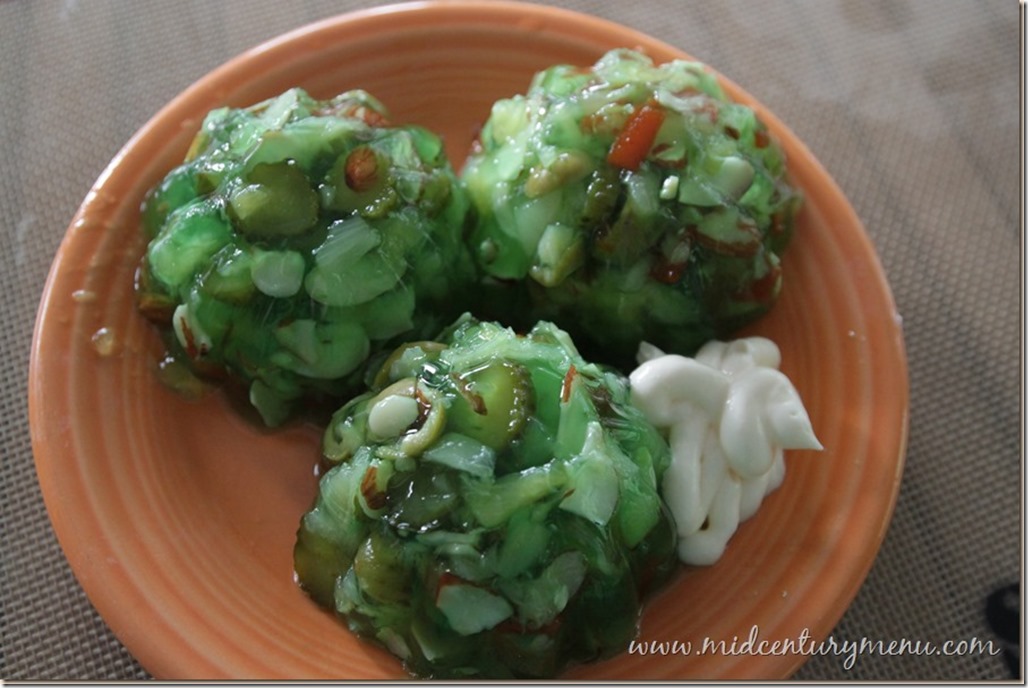 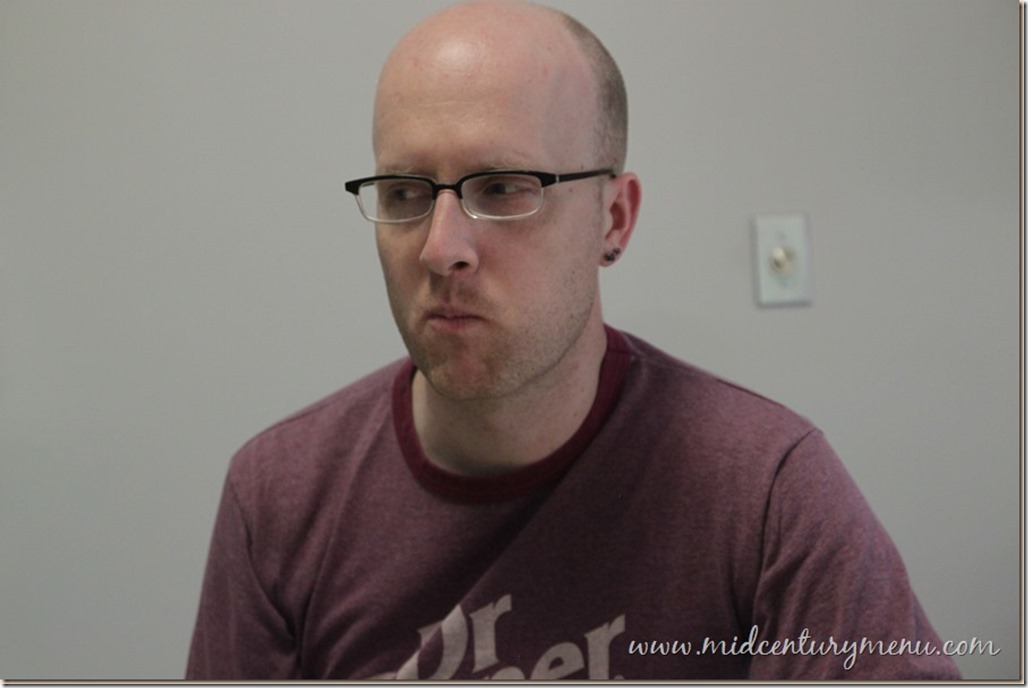 The Verdict: Good For An Unknown Reason

Well, that just about wraps that year up! Hope you guys had a wonderful 2013 and enjoyed reading all of our crazy food fun. If you guys have any requests for 2014, leave them in the comments and Tom and I will try to do as many as we can. Thanks for reading, commenting and being a great group of folks!