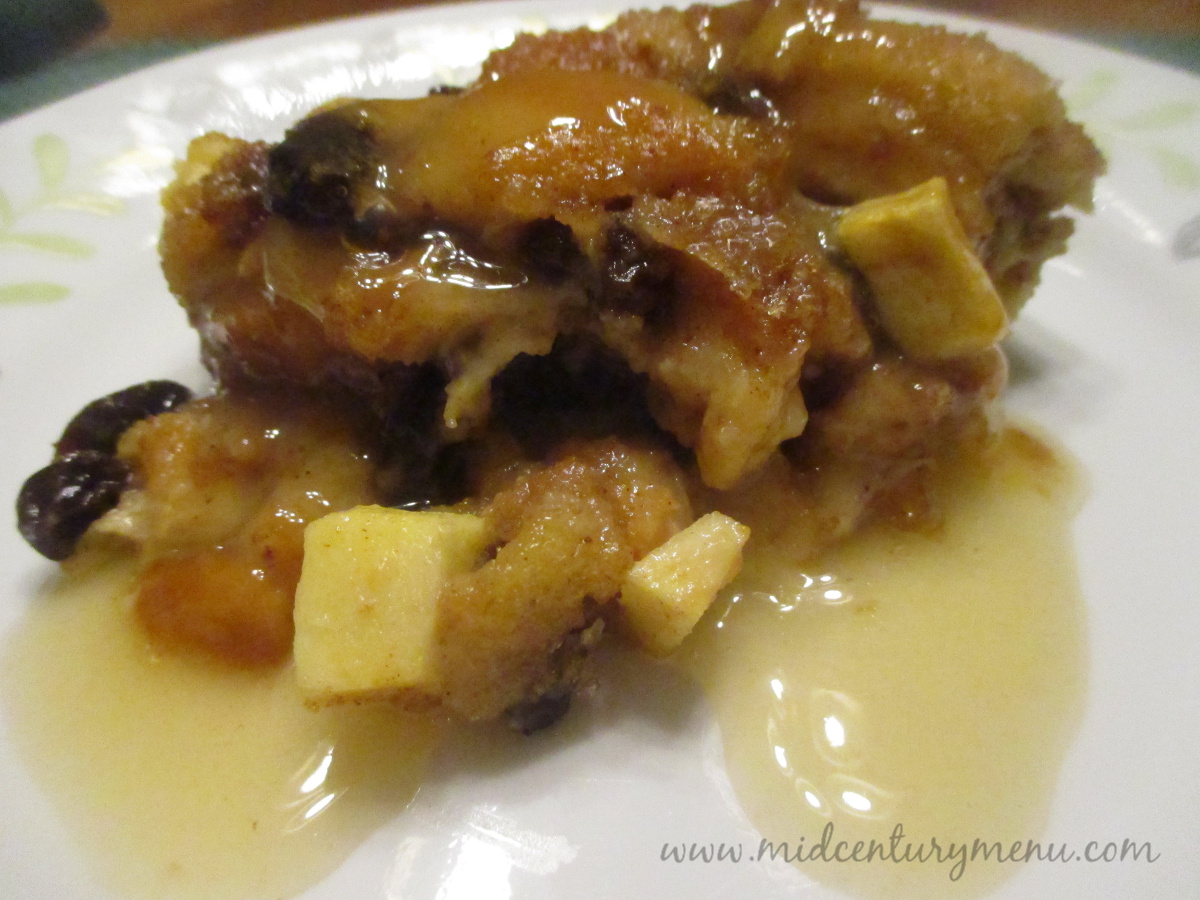 Buzz loves bread pudding. If he was on a desert island and could only bring along one food, I would guess this would be it. 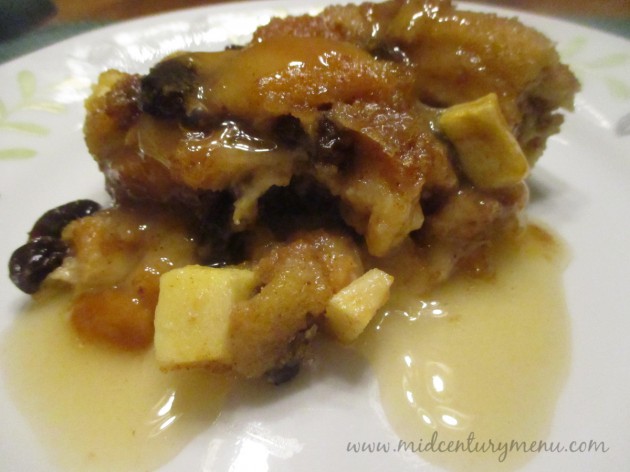 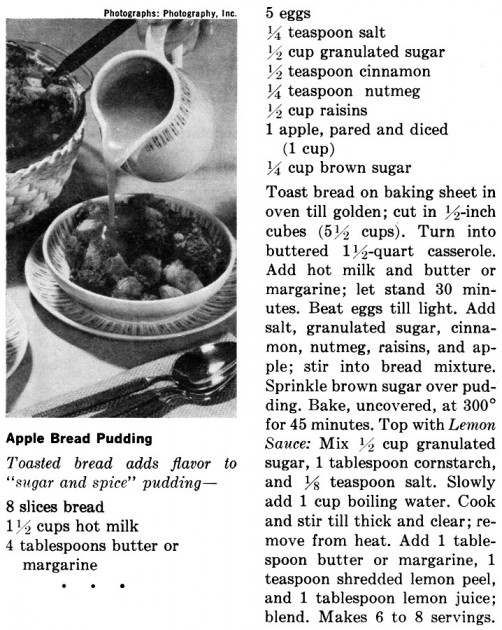 This is rather different than Buzz’s typical recipe. The bread chunks are soaked before the egg is added, and he doesn’t add apples or toppings. 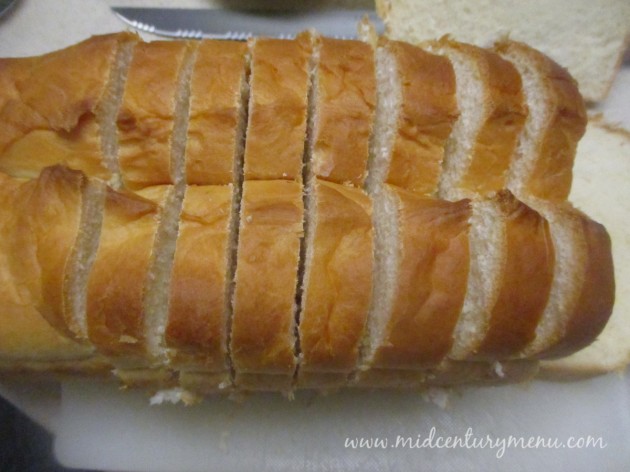 But based on his experience, we knew that a good-quality, thick-sliced bread was going to be important. Bread is pretty central to this recipe. 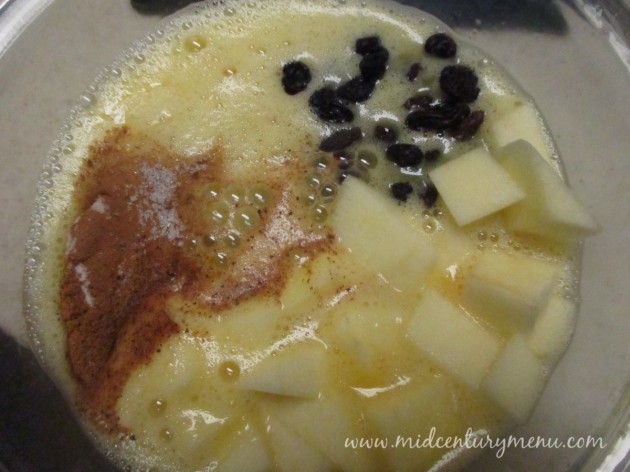 Also, the toaster is faster and easier than toasting bread in the oven. One wonders if this is, perhaps, the reason it was named a “toaster.”

Wasn’t everybody getting free toasters when they opened bank accounts back in the mid-century? I’m sure I remember some jokes about that. 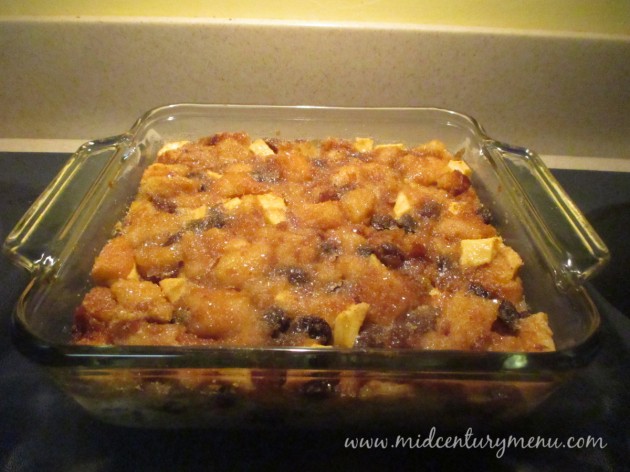 I have to admit: I don’t typically put brown sugar on top of bread pudding when I bake it. It made a really nice-looking crust on top. 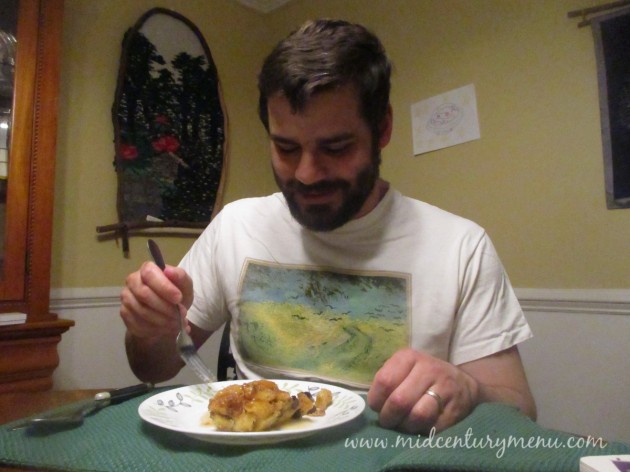 Buzz often smiles when he first sees a retro recipe, but it’s often a nervous or resigned smile. This one was pure happy. 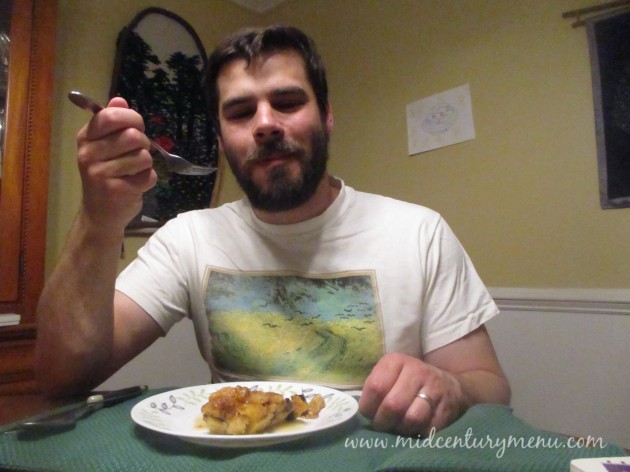 The brown sugar topping gives a nice crunch to contrast the gooey bread. Cinnamon and nutmeg levels are perfect. The apples weren’t critical to the dish, although it was a pleasant addition. Go light on the lemon sauce, it may start to get too sweet and cloying after a few bites, but don’t leave off the brown sugar topping!