Well, since tomorrow is Halloween we thought we would do things up right around here and make a recipe from Vincent Price! And yes, it is because the Vincent Price Cookalong is going to be this Monday, November 4th. We are pretty excited around here, and so we decided to celebrate with pie. 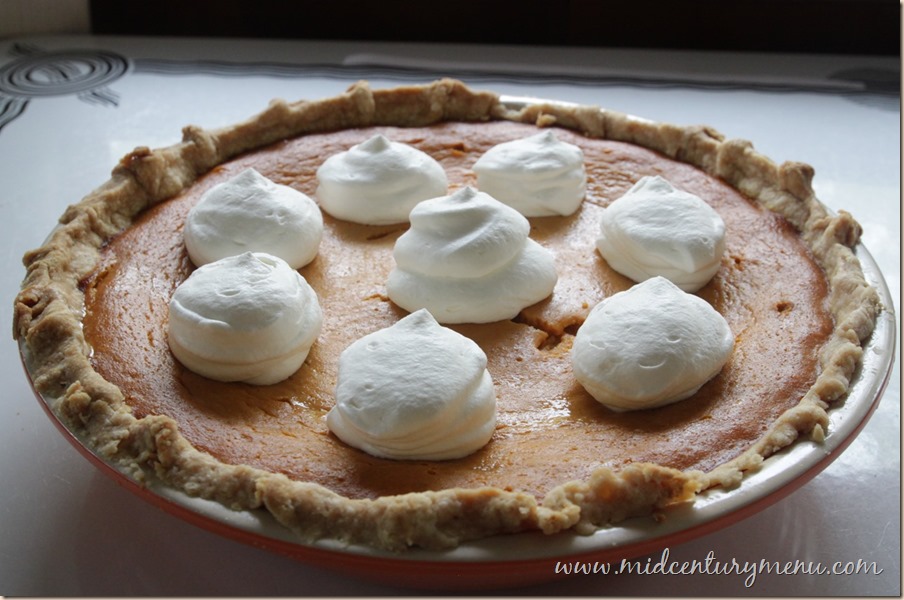 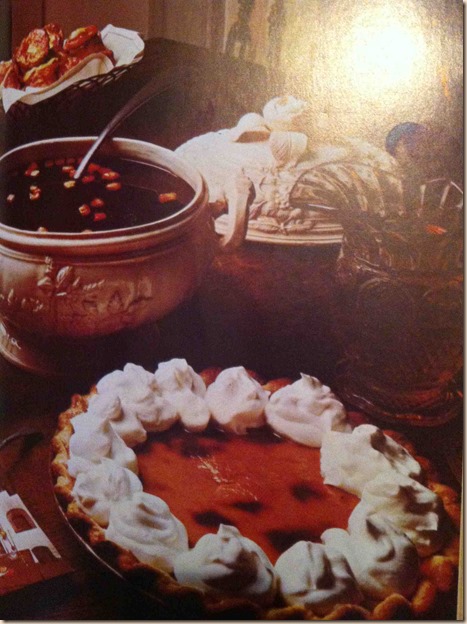 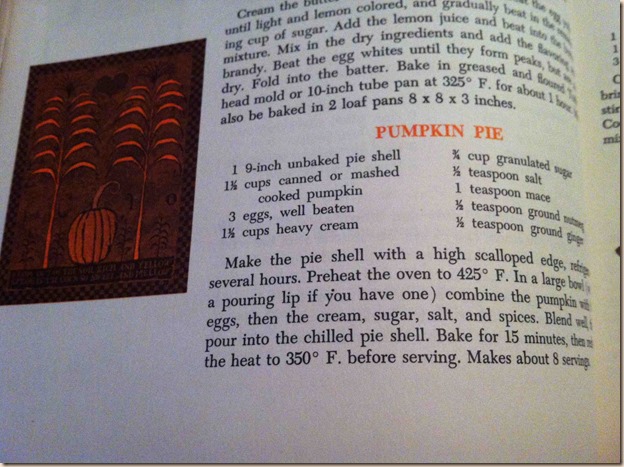 Now, I have to admit there isn’t actually anything creepy or spooky about this pumpkin pie. Unless you don’t like mace. Then it’s pretty terrifying. 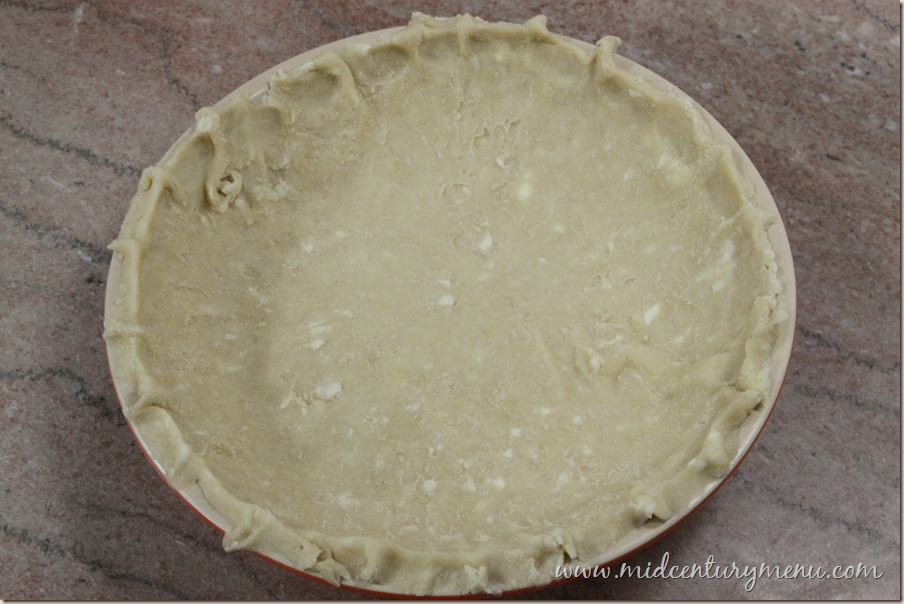 Actually, for me it was pretty scary. It turns out I need to improve my reading skills, because I had NO IDEA this recipe called for mace instead of cinnamon. None. Until I was making the recipe. Measuring the spices, actually.

“What? Did you cut yourself?”

“No, I’m just an idiot. This pie doesn’t have any cinnamon in it. It has mace instead.” 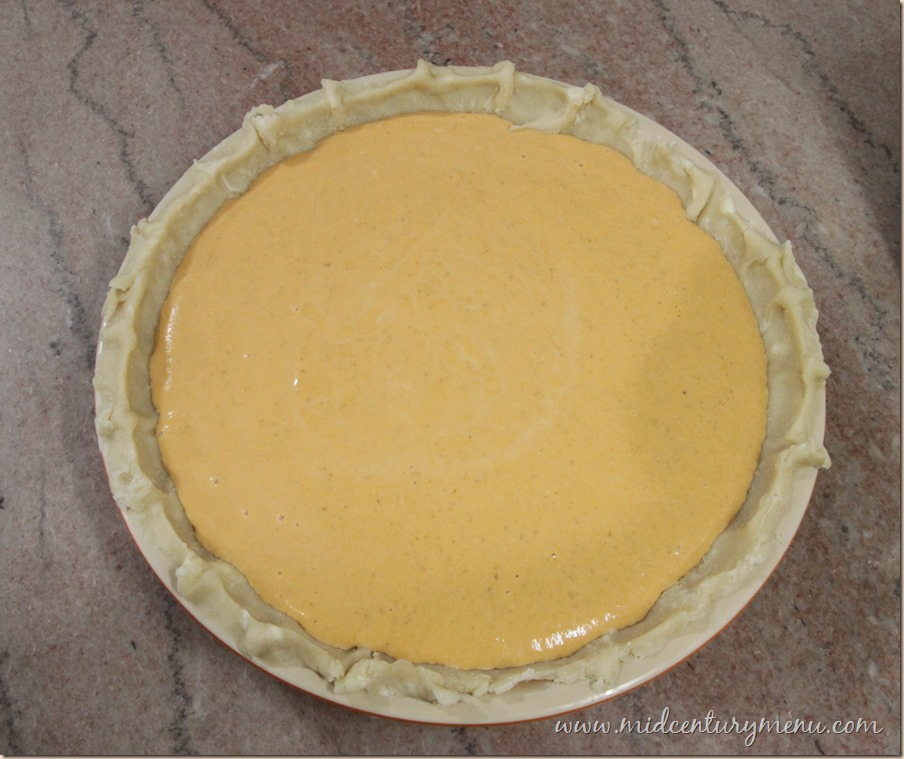 “No. I need mace the spice for the pie. Instead of cinnamon.”

“What the heck is that?”

“It’s like this weird little covering from around nutmeg, all ground up.”

“Oh, thank God. I thought you had finally lost it and you were going to mace the pie.”

So it was a late night trip to the store for me, where I purchased a $10 container of ground mace. Yippee. 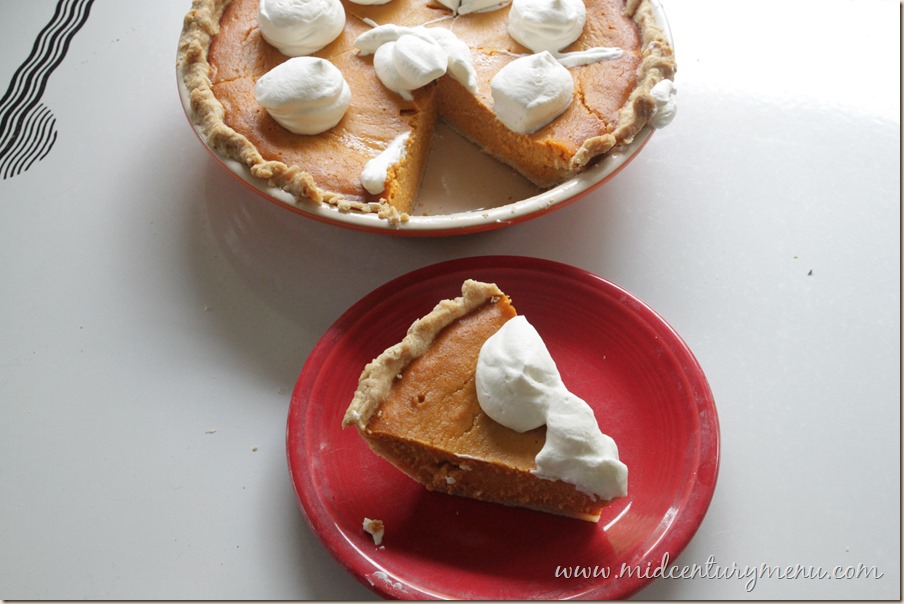 Interestingly, this pie was much, much more orange than my normal pie. Probably because mace is considerably lighter in color than cinnamon!

“I have no clue. You’d better get tasting!” 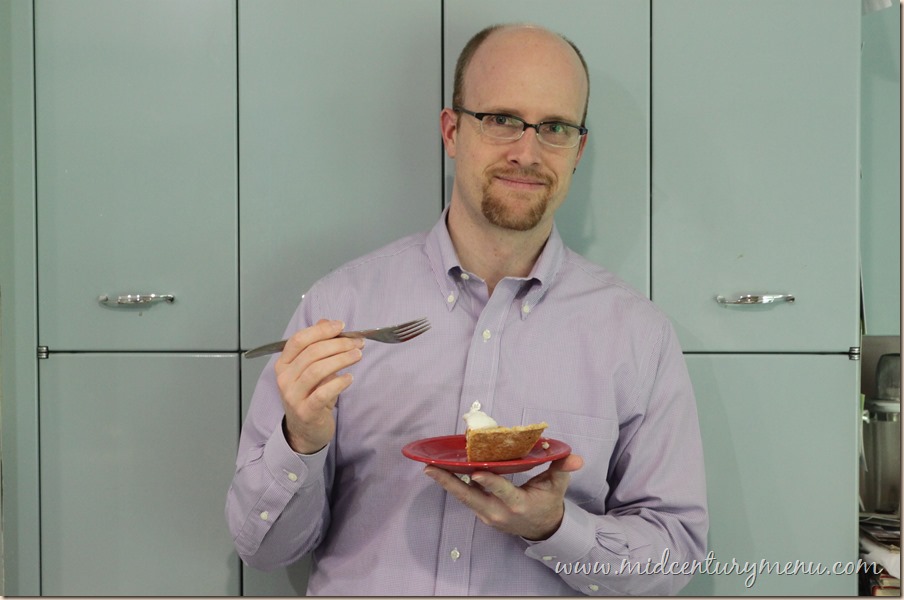 “This is pretty good.”

The flavor of mace was strong and spicy, but not too strong. We didn’t even actually miss the cinnamon, as the mace has the same sort of spicy taste as cinnamon. The pie had a great, silky texture, much lighter than pies made with evaporated milk. Overall a good pie, and not scary at all. Unless, of course, you are a pumpkin.

Leave a Reply to Sara In AZ Cancel reply