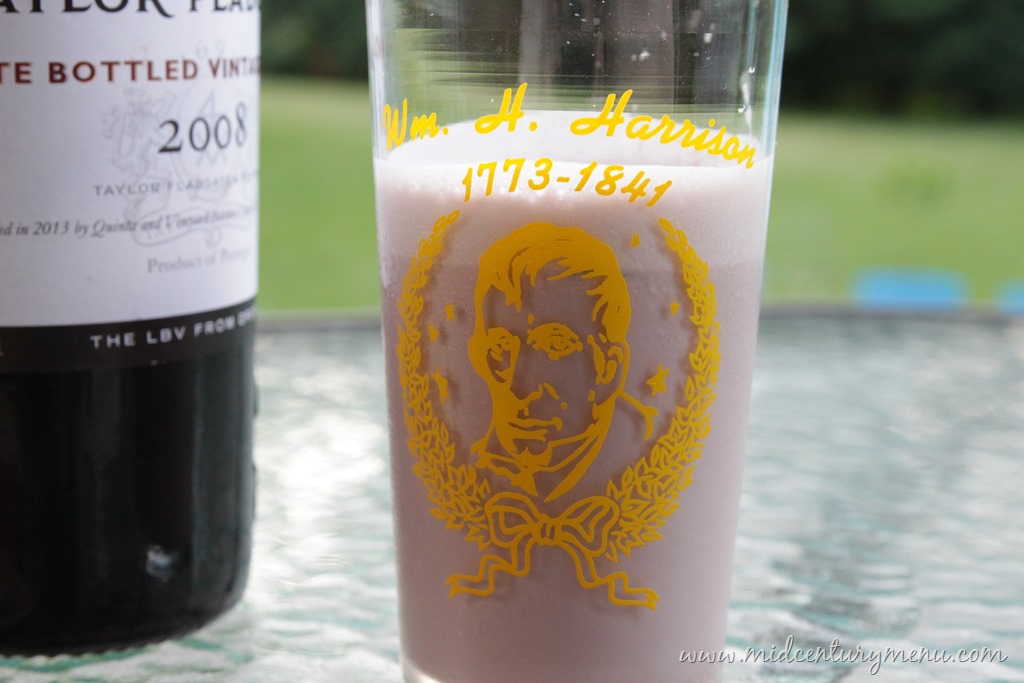 Who wants a cocktail? It has a whole, raw egg in it! 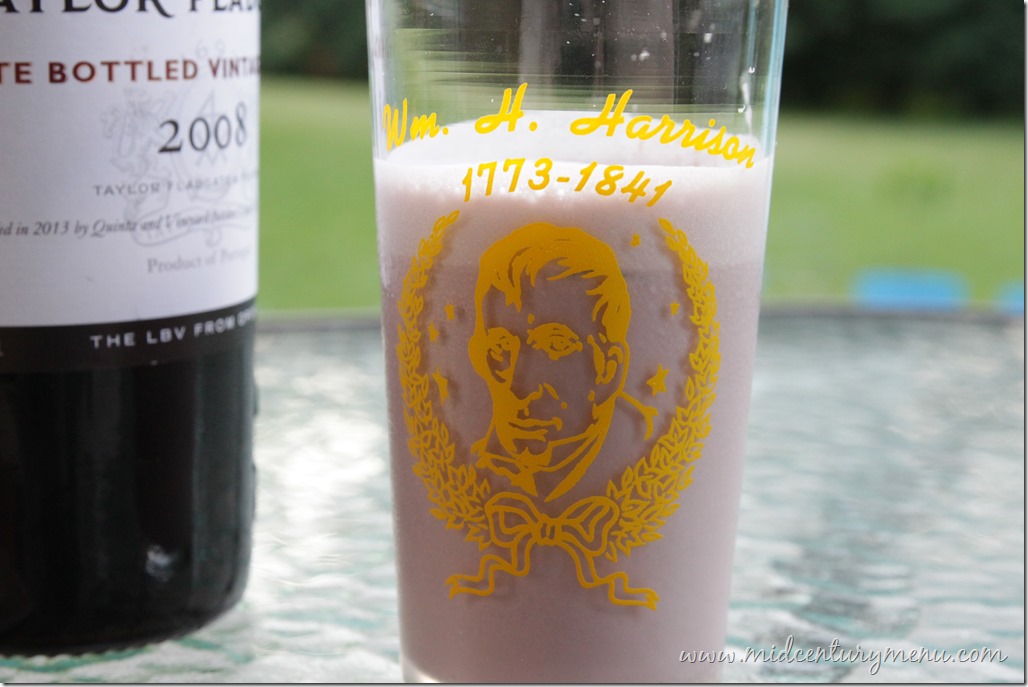 This is Port Wine Flip! 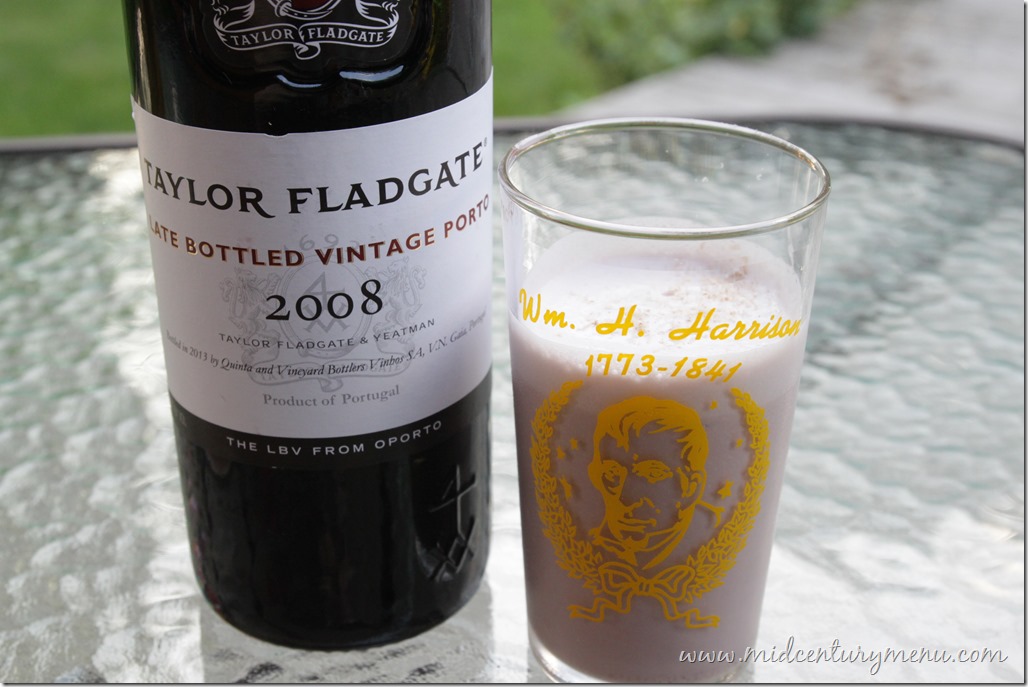 Print
Port Wine Flip
Author: Here's How, 1941
Ingredients
Instructions
3.2.1303
So, in doing some research to find out what the heck a “flip” is, I found out that there actually used to be special flip glasses that a flip would be served in. It was kind of a short tumbler with a flared mouth. But since we didn’t have an official flip glass, we had to make do with William Henry Harrison.  Which is just fine with us. Another thing I found out is that this is a dessert drink, which is good because as I was mixing this I kept thinking to myself, “You know, this seems a lot like ice cream. I bet if I put this in the churner it would be great port ice cream.” 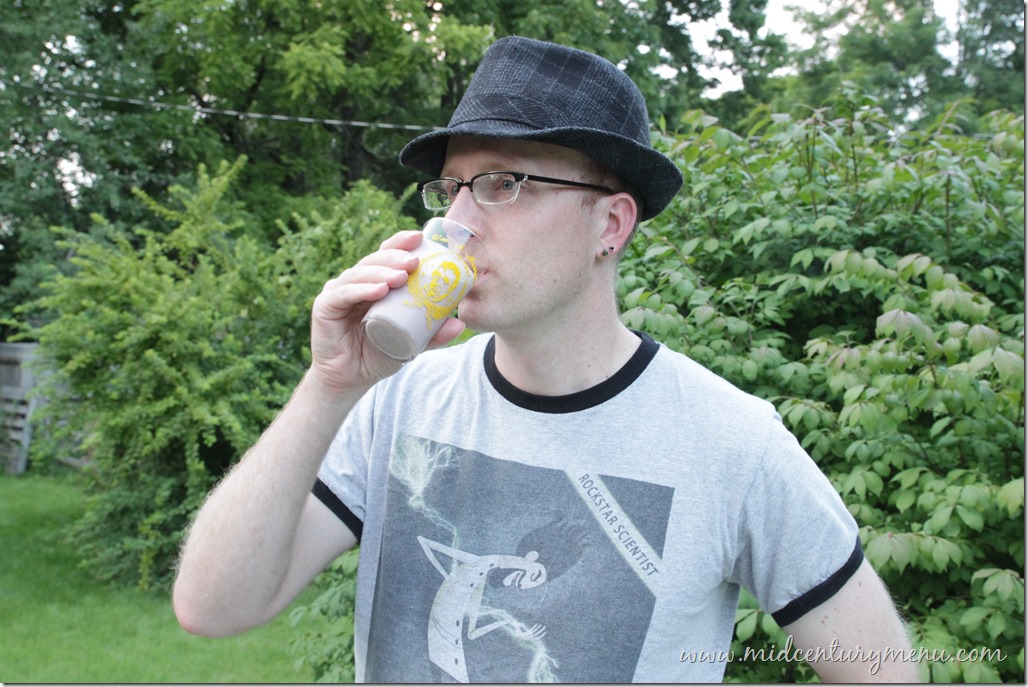 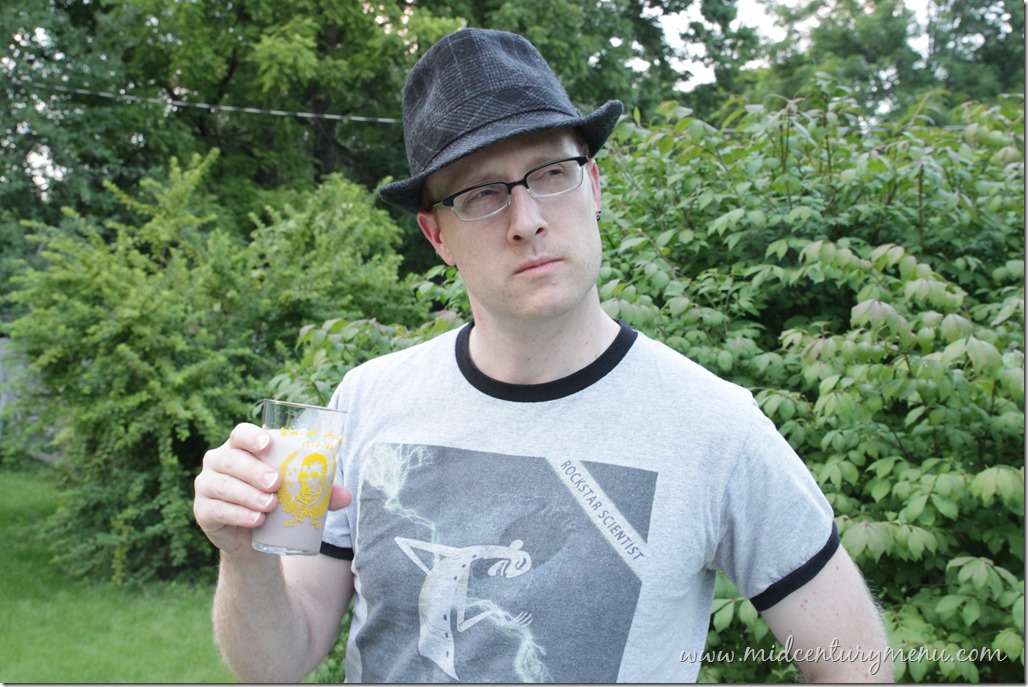 From the Tasting Notes –

This would make a fantastic ice cream recipe. However, as a drink it was a little unsettling. The egg gave it a really odd mouth feel. Not bad in any way, just not what you would expect as a cocktail. But it would be good as a dessert or after dinner drink, especially if served with chocolate. Or, you could just make it into ice cream, and have a hot fudge sundae with port ice cream. Which sounds amazing.