A mid-century recipe is just slightly more fun with a strange name. 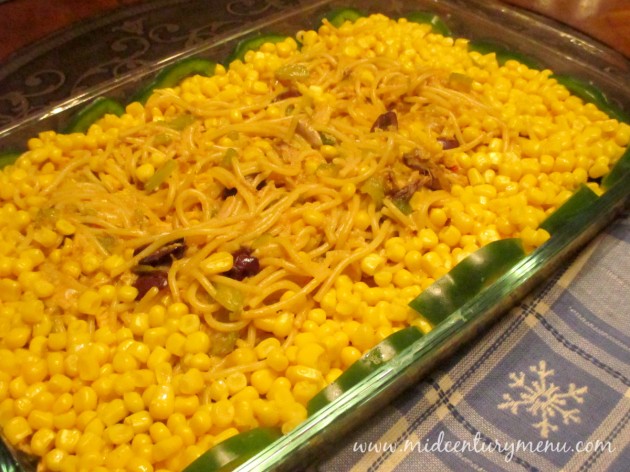 This, for example, looks like “insane pasta chicken corn casserole,” but Del Monte’s marketing department felt that “chicken cornetti” would be a much more appealing name… 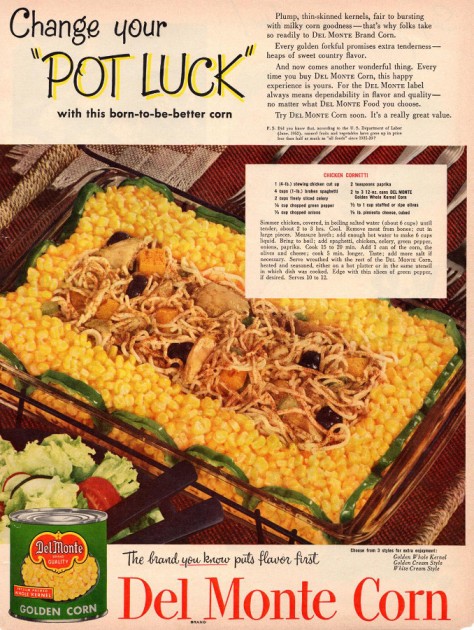 So there were two things about this recipe that struck me as extremely unusual. (Yes, besides the olives, corn, spaghetti, and cheese.) 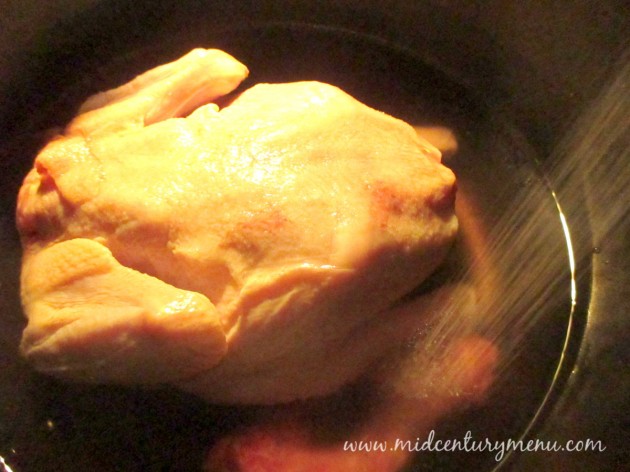 First: we are making chicken broth from scratch but seasoning it with nothing but salt. I make a damn good chicken broth, and it calls for all kinds of veggies and herbs to help it rise above “water with chicken flavor dissolved in it.” 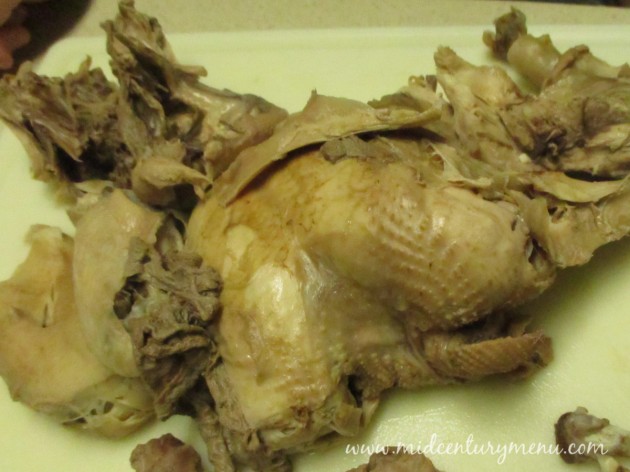 Second: This is a freakin’ retro recipe. I thought they were all about saving time by opening cans, especially recipes invented by a canned food company. Nope, I just boiled a chicken for three hours and then spent thirty minutes salvaging meat from the bones. Not pretty, and not fast. 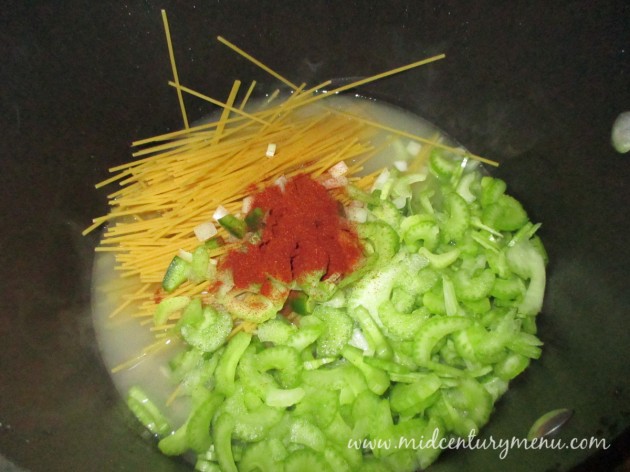 And then I have to dump it all back into the pot… with spaghetti and vegetables. 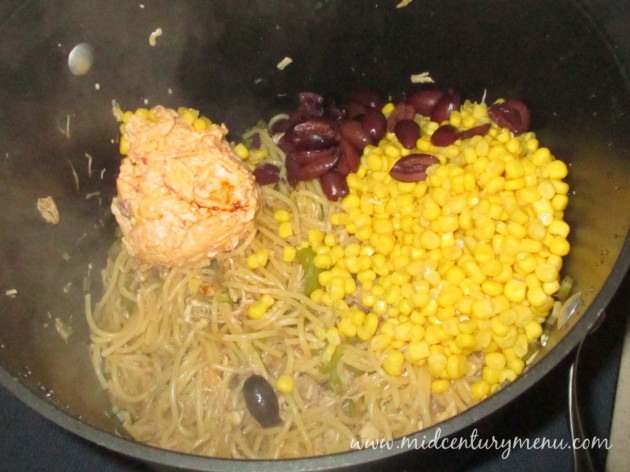 Pimiento cheese, by the way, doesn’t come in cubes. It is a spread/dip, made of cheddar and cream cheese and pimiento and other magic. So we just dropped in a half pound glob of it and then felt really sorry for subjecting the delicious pimiento cheese to… well, everything else in this pot.

And then I dumped it in a dish and made Buzz eat it. 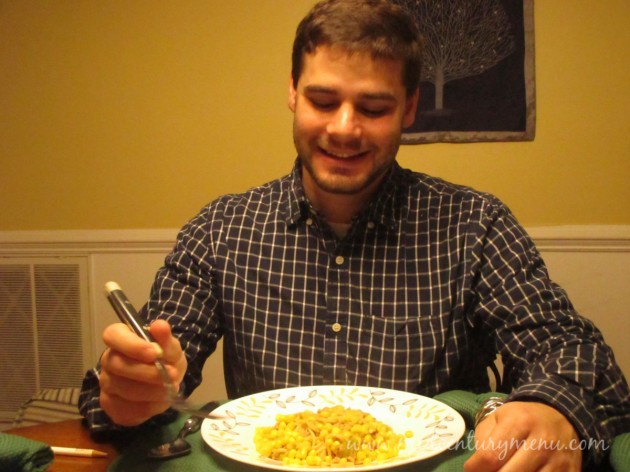 The kids, meanwhile, were staring at their plates like — well, like I’d just served them chicken cornetti and told them that’s what we’re having for dinner. 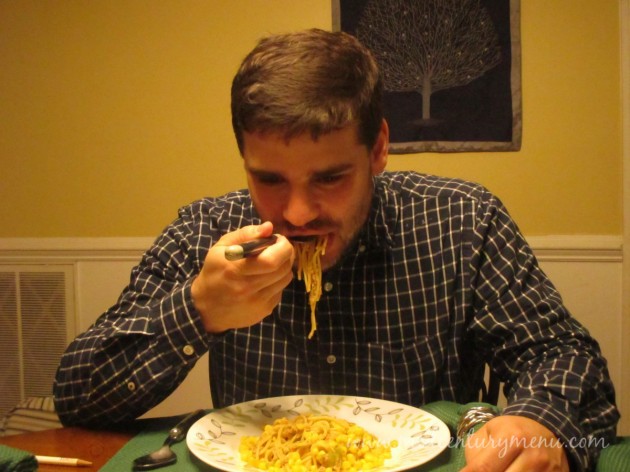 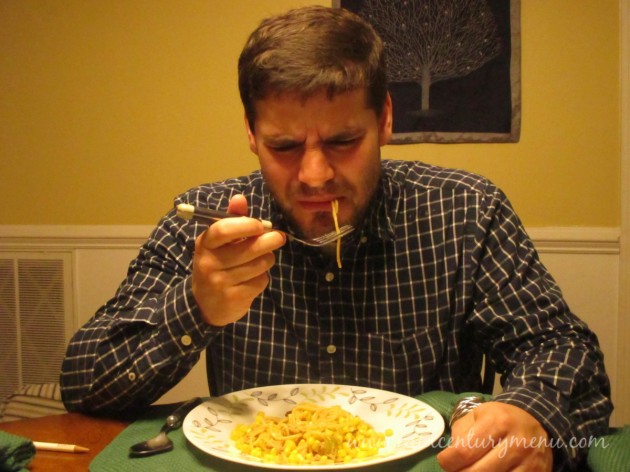 There was a long pause.

And at this point the kids took bites too, and everybody scarfed it down and asked for seconds.

Somehow, everything manages to play well together. It’s creamy and interesting, with a lot of diverse flavors that all balance out. I have no idea how the hell you’d create this recipe in the first place, because it’s completely insane, but it works!