Since this week’s Mid-Century Menu is made and posted already, I am kind of at a loss about what to talk to you about!  I mean, if you haven’t read the post from the Mad Men Virtual Dinner Party, you should totally go back and do that. 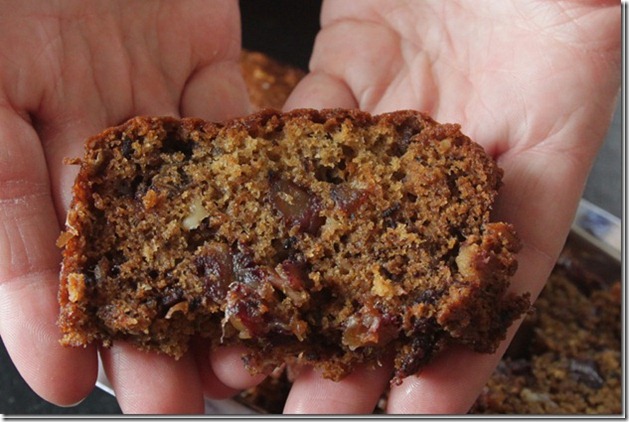 Speaking of supremely delicious, we are having a fantastic giveaway over at NPR. You can win a copy of The Unofficial Mad Men Cookbook just by telling us your favorite Mad Men moment.

And we are pretty lenient with the entries. I think someone’s entry was that they haven’t even watched it yet, but have added it to their Netflix queue. So apparently if you’ve even thought about the show in passing, you are in!

I’m kidding. That was a joke.  I didn’t want everyone to end up going over to the post just to see the Netflix entry. Although, it would have gotten you to click through…hmmm…maybe I shouldn’t have said anything….

Another quick bit of news, The Mid-Century Menu was mentioned over on the DeKalb Public Library blog.  In the article the author mentions the awesomeness of Tom’s facial expressions. I think she uses the phrase “ a special highlight” to describe them. I just thought that was fantastic, because not a lot of people mention Tom hamming it up for the camera. 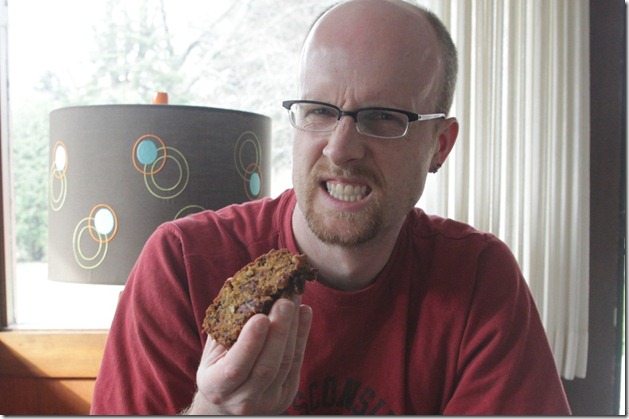 But I know a lot of readers love it.

The author also mentions a lot of really great cookbooks to read if you are interested in vintage and retro recipes, some of which are favorites of mine. So go check it out!

And, since I can’t leave you without anything disgusting on a Weds, here is a great photo submitted by Bob (aka veg-o-matic): 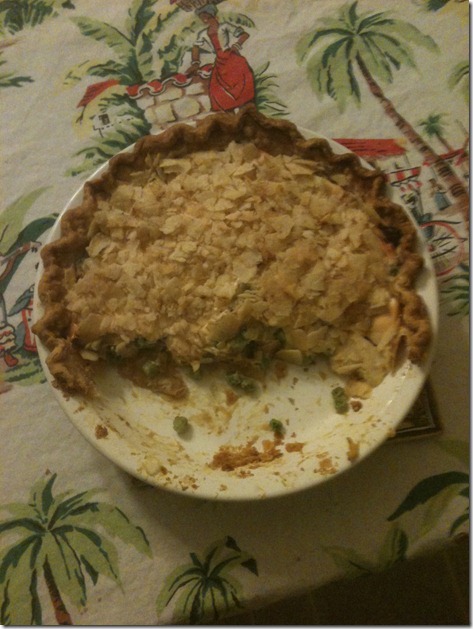 It seems Bob made the mistake of making the Tuna Pie from our Let’s Sing a Tune to Tuna contest. This is the result. Bob writes:

I made this last night because, unlike Tom, we actually like American cheese. I’m not particularly good at math, but this looked like a safe bet–everything seemed to add up: tuna + cream soup + peas + cheese + potato chips + pie crust = Awesome.
Well.
It wasn’t *bad*, it just wasn’t very good. Really, all I tasted was peas. No tuna, no cheese, even the potato chips seemed to lose their lovely saltiness. And really, what is that pie crust even there for? The pie falls completely apart when you try to serve it.
What surprised me, though (and I don’t think you mentioned), is how absolutely VILE this smells while baking. It’s not fishy or potato-chippy as one would think. It was sort of like that cleaning-the-oven smell that gets into the curtains and stuff. Mixed with a soupcon of Rendering Plant.
But hey–at least I’m smart enough not to try the Tuna Pizza, right?

Well….I guess…but you still made it!!! And then I got this delicious follow-up:

Here’s the picture of the half-eaten pie I promised. To be honest, it was a little better last night than it was on Monday. Only problem is it made my microwave smell really fishy. Ew.