This is it! This is the end! The absolute LAST tuna recipe that we tried from our recent tuna contest. Can you believe it?  I barely can. I feel like I have tuna coming out of my ears. 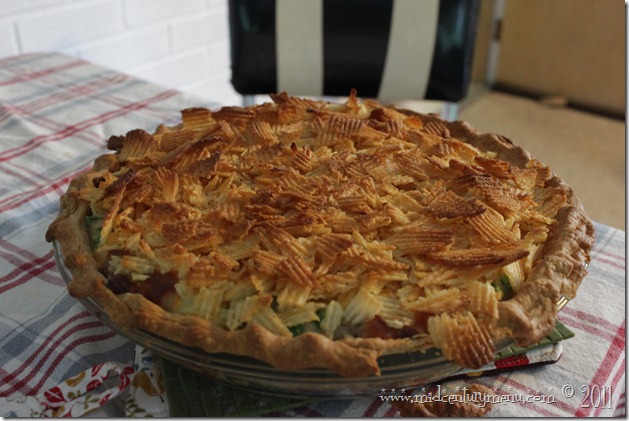 Correction. Tuna Pie coming out of my ears.

This recipe is another entry from Toni, who won the Best Recipe with the Disneyland Tunaburgers. Even though she hit a home run  with the Tunaburgers, we still decided to give this pie a try because…well…Tom LOVES tuna and potato chips together. He was hoping this pie was going to win out over the Tunaburgers even though the pie contained *Gasp* the dreaded American Cheese! 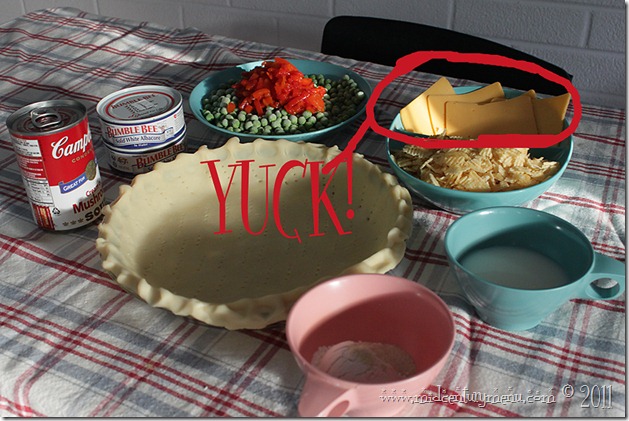 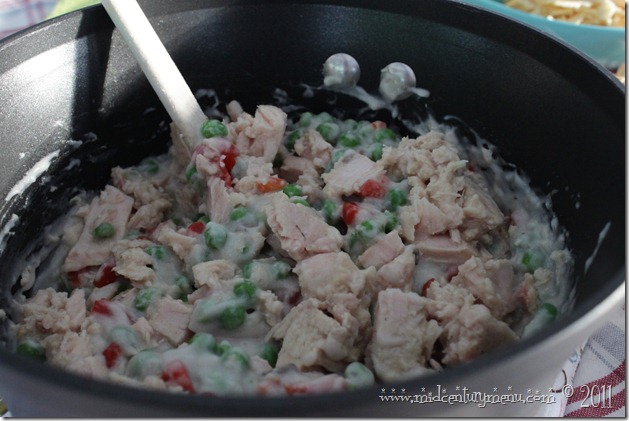 My mom still makes Chicken Parmesan and Lasagna from recipes cut out of the Hayward Daily Review newspaper from the 1960’s. The recipes are yellowed with age, but she still uses them. She also has a bunch of other clippings stuck in her Better Homes and Gardens cookbook from 1966ish. Some of the BHG recipes have been used so much, the ink has faded from the page! I love those and I have to admit those two Italian recipes are very NomNom.

But Tuna Pie was a less successful recipe.

I can not tell you how much I hate canned tuna. It was a staple growing up, and I skipped many a childhood dinner over it. 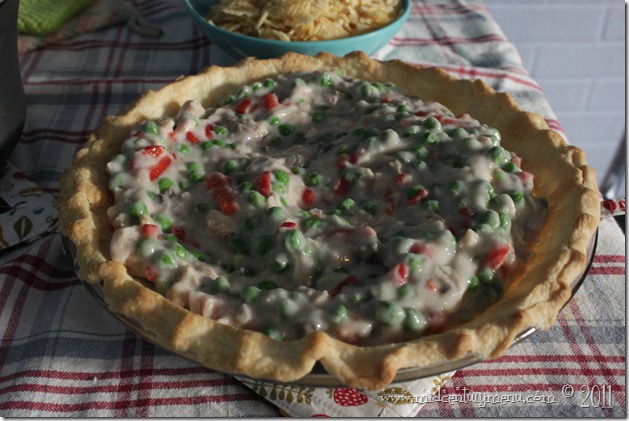 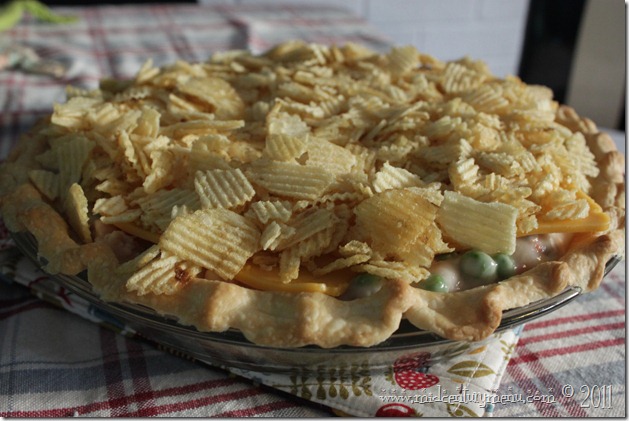 Thanks for the recipe and the great email, Toni!

And for the chance to feed Tom American Cheese. It doesn’t happen often. 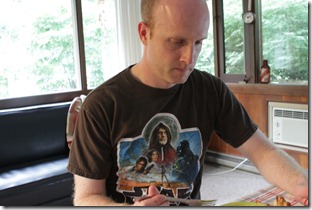 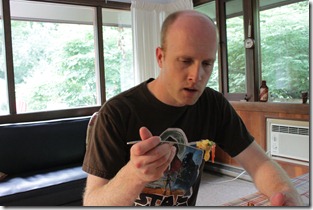 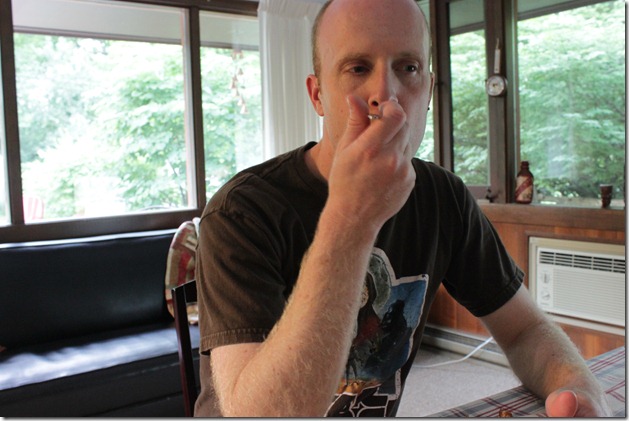 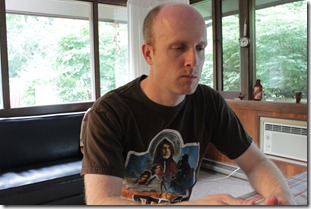 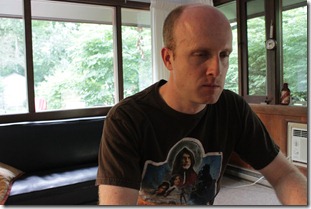 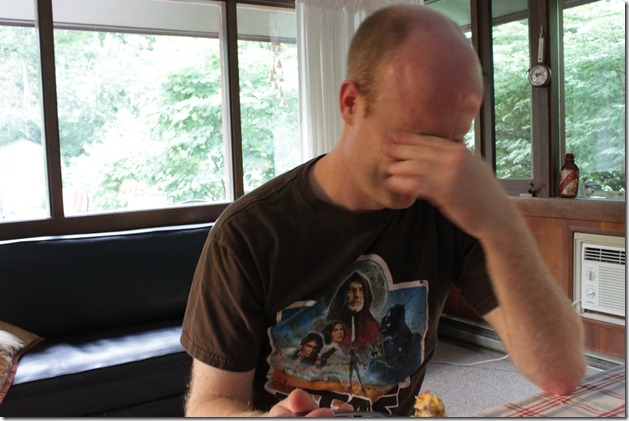 “Really?” I was surprised. Even with the American Cheese I thought it would be at least passing.

“It isn’t totally disgusting, but it isn’t great either.”

“Well, at least you can eat the chips off.”

The Verdict: Not good, but not disgusting either. Not quite sure what happened to this one, since it has all the components of Tuna and Potato Chip casserole, which we actually eat with some regularity in our house. Maybe it was the French’s onions, or the pimento. Either way, something wasn’t quite right in Pie-Town.

Thanks for the entry, Toni!