Guess what, guys?!?!? It’s time for some COMPLETELY insane food.

We have been pretty tame in the past two weeks with yummy desserts (Cider Eggnog Pie & Apple Cider Upside-Down Cake) so it’s time to delve back into the horrible and the hideous. And what better way to do that than with another tuna recipe?

This week we have another recipe from Charm & Poise (aka, Sharon) who won the tuna contest with Bob for the horrible Tuna Pizza. I got a couple of recipes submitted by Sharon, including the dumbfounding Tuna Cakes, which makes these: 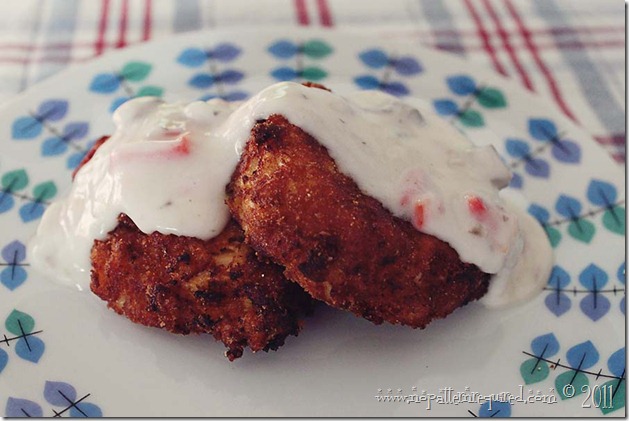 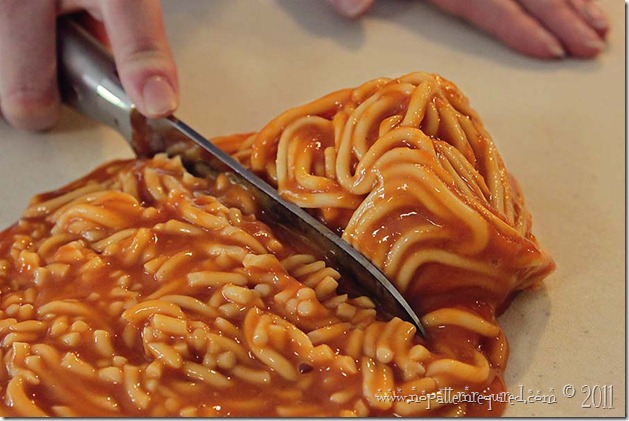 Yes, that is me chopping up a can of spaghetti.

This recipe is from a tiny cookbooklet entitled “30 Tempting Spaghetti Meals: Easy, Economical, Delicious” put out by the Franco American company. From the photos and illustrations, I’m guessing it was published in the 1930s. Ah, the Great Depression! – driving housewives everywhere to make dinnertime special by simply reaching for a can of spaghetti. Yes, every recipe features a can of Franco American spaghetti! So get ready for tuna cakes made from a delectable combination of tinned spaghetti and canned tuna, topped with a mushroom sauce crafted from cream of mushroom soup, butter, and pimientos. 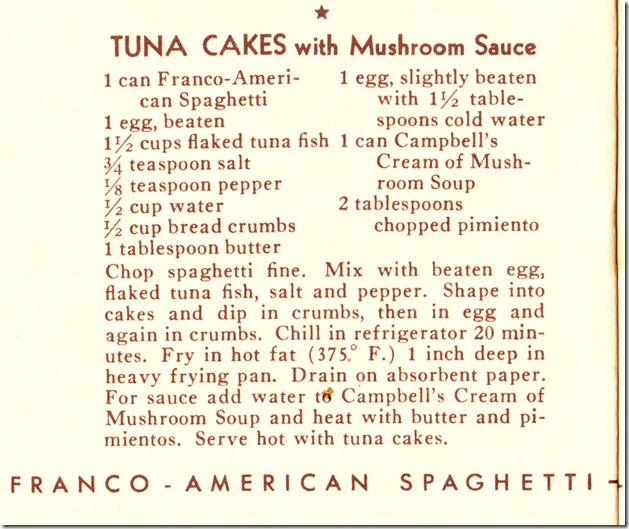 (The printable recipe is at the end!)

As soon as I saw this, I knew we had to make it, even if Sharon’s tuna pizza was already horrible enough to make it into the top four finalists in the contest.  It was possible that these could be worse. And that slight possibility drove us on in this madness. 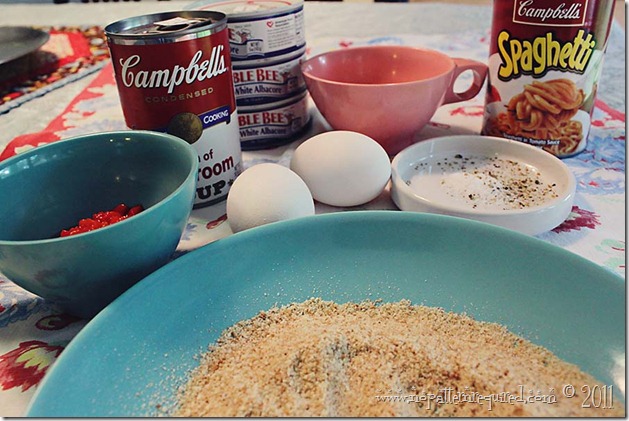 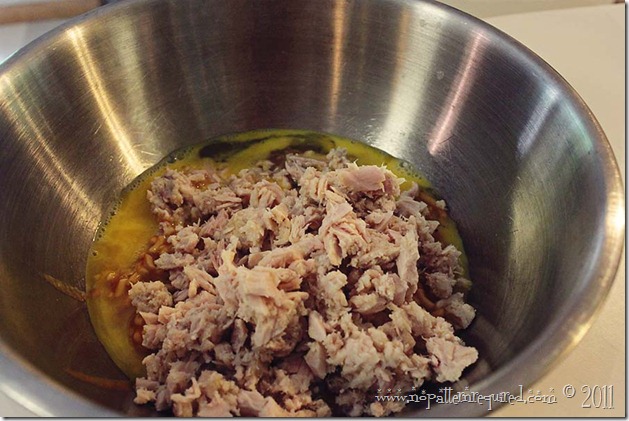 This is a bowl of chopped, canned spaghetti, eggs, and canned tuna.

I bet that sentence has never been written anywhere else on the internet. Ever. 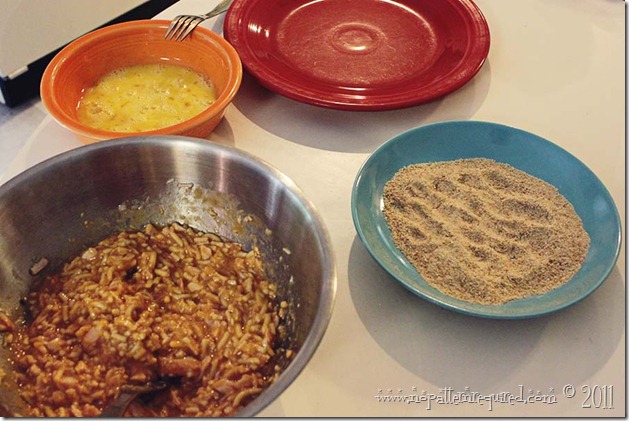 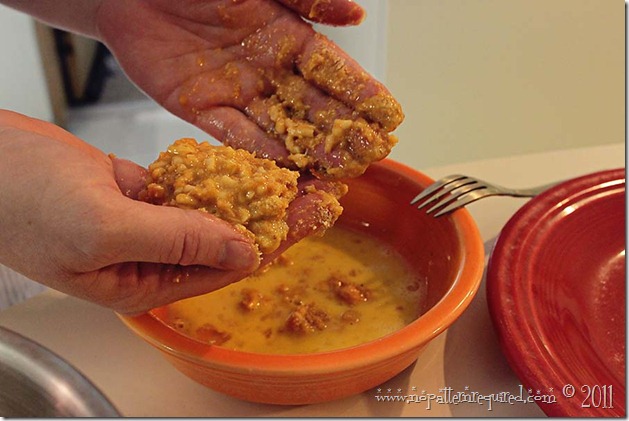 This was as completely disgusting as it looked. It was squishy, it didn’t form into patties. It fell apart in the egg and it smelled completely terrible.

“I’m only making four of these. This doesn’t work at all.”

Tom shrugged. “Whatever, I’m not gonna cry.  They smell like crap.” 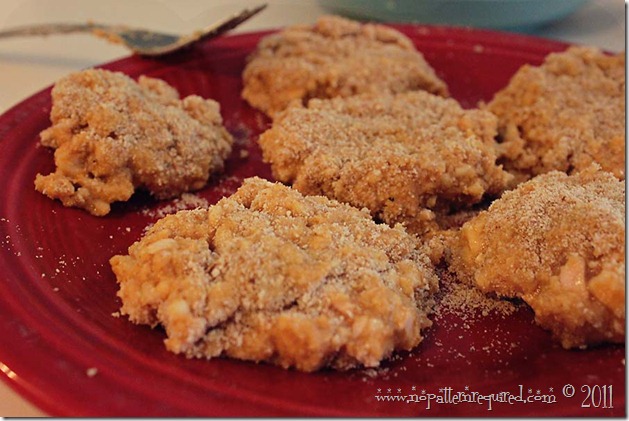 Finally, finally, I figured out I had to double-dip them to get them to stay together. (So the crumb-egg-crumb formula, twice!) Needless to say, they had a hearty outside. And I ended up making more than four, because I couldn’t bear to let the rest of that spaghetti smash just go to waste. 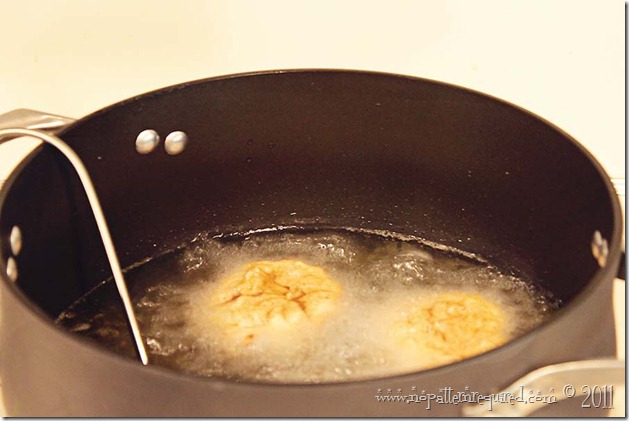 Surprisingly, they didn’t fall apart as soon as they hit the oil, like I thought they would.  They actually fried up very nicely. 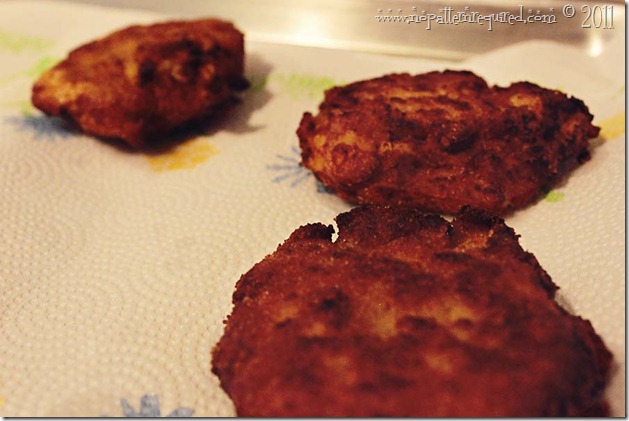 And actually looked quite pretty.

And weren’t that greasy at all. 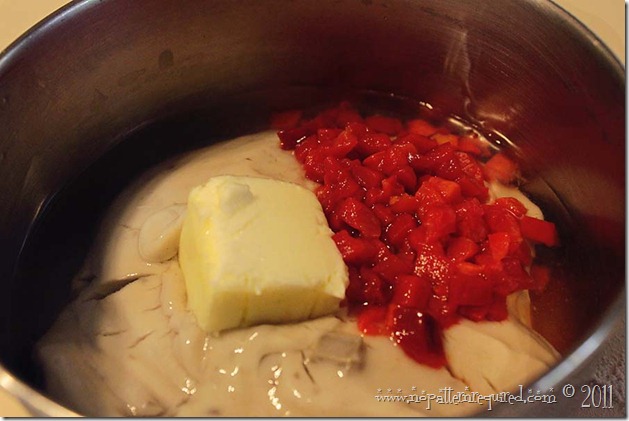 The “mushroom sauce” turned out to be nothing but cream of mushroom soup with extra butter and pimentos. But you aren’t hearing me complain. I figured anything we could sling on top of those babies would cut the horrible taste. 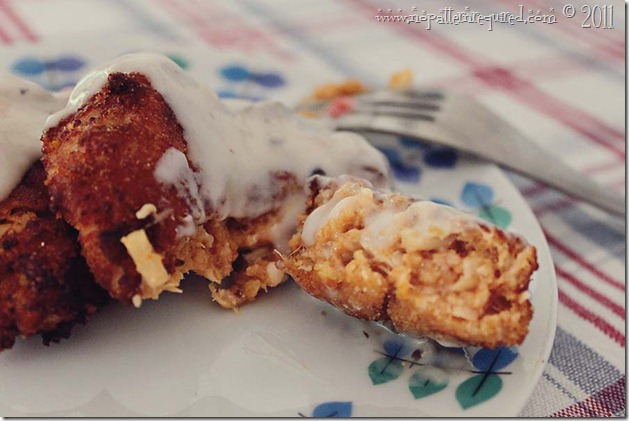 And then it was time for the moment of truth. Forcing it down Tom’s throat. 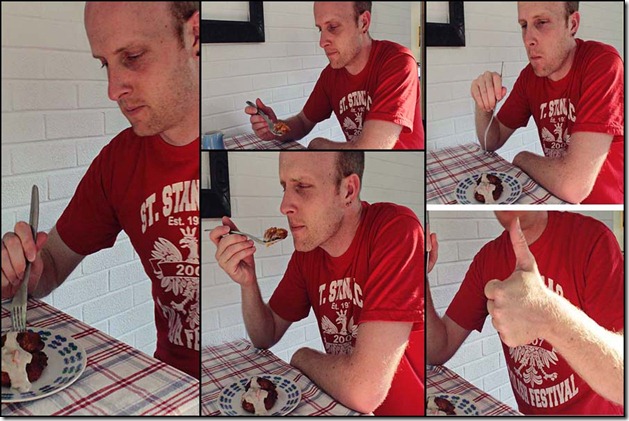 “What? Are they too hot? Did you burn your mouth?”

“No. These things are fricking great.”

The Verdict: GOOD. Can you believe it?!?!? I have absolutely no explanation for how this worked. Somehow I took a can of spaghetti and chopped it up and made a miracle. And not a bogus everyday miracle like a sunrise. They basically tasted like good tuna croquettes and not at all like fried spaghetti, which was astonishing. And they were GREAT with the mushroom sauce.

HOWEVER, these had one huge drawback. Once they became cold, they congealed into something…not so great. They became gluey, with a distinct canned spaghetti taste and the mouth-feel of slime. So, if you are going to make these bad boys, eat them the moment they are cool enough to cram in your mouth. You’ll thank us. I swear.

Thanks for the excellent entry, Sharon!