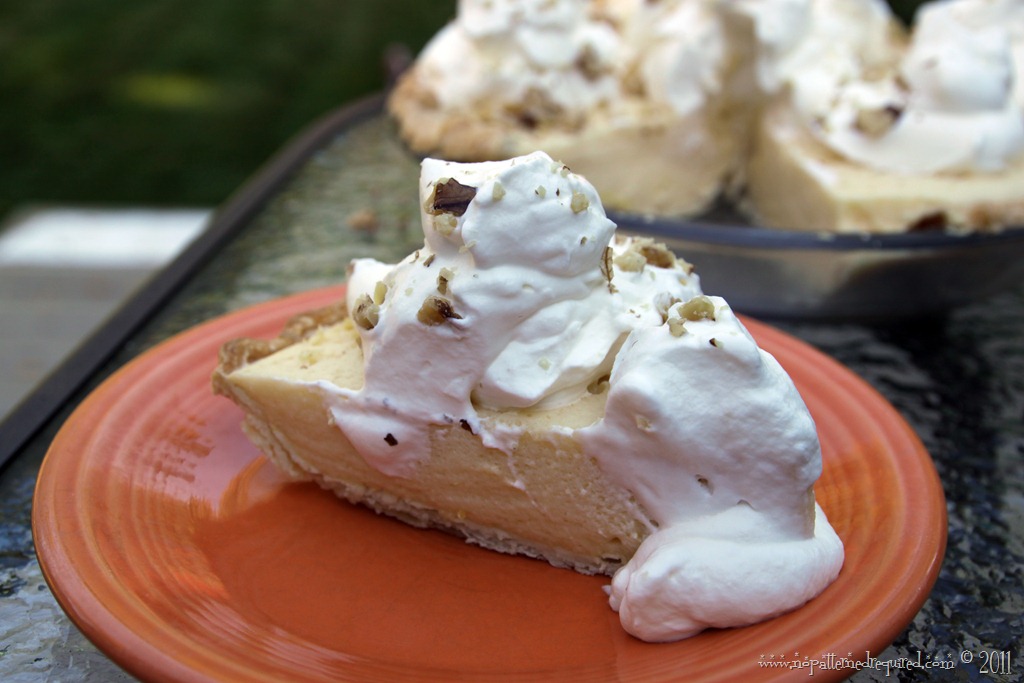 And even more important than apples?

Oh yes. Apple cider, the great fall love of my life. Every time we go to the Farmer’s Market, I beg Tom for apple cider. Of course, since Tom is Tom, I don’t have to beg very hard.

“Oh look! They have apple cider! Tom, can we get some? I have been wanting some since –”

“-we got back from that driving trip where we-“

Yeah. Tom puts up with a lot.

Anyway, instead of just chugging our cider down until we both had stomach-aches and calling it a day like we normally do, we decided to get creative with this week’s haul of apple cider.

And make a pie. 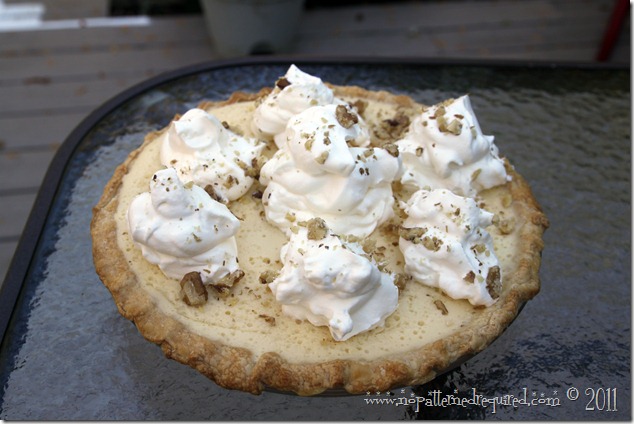 Behold! The Cider Eggnog Pie! Endorsed by the National Apple Institute and guaranteed* to make the most of your apple cider through the twin miracles of gelatin AND whipped cream.

*This is not a guarantee. And I don’t know anyone at the National Apple Institute. At all.

But first, a word from the Apple Kitchen Cookbook, published in 1966! 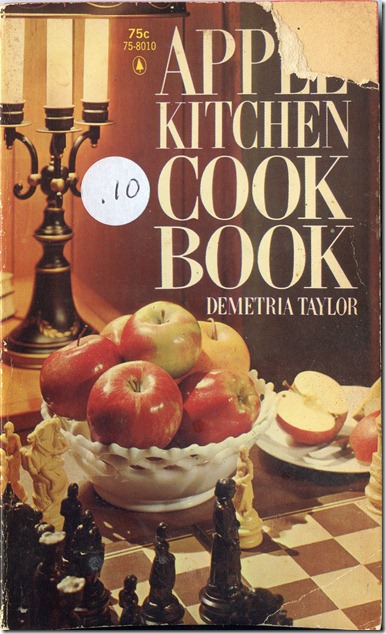 Everybody loves apples! Apple pie, for instance, is an American institution, and who doesn’t like thick, rich applesauce? But there are countless other succulent and unusual apple recipes – many of which you have never tasted before – and they’re all here, in the invaluable and mouth-watering Apple Kitchen Cookbook! 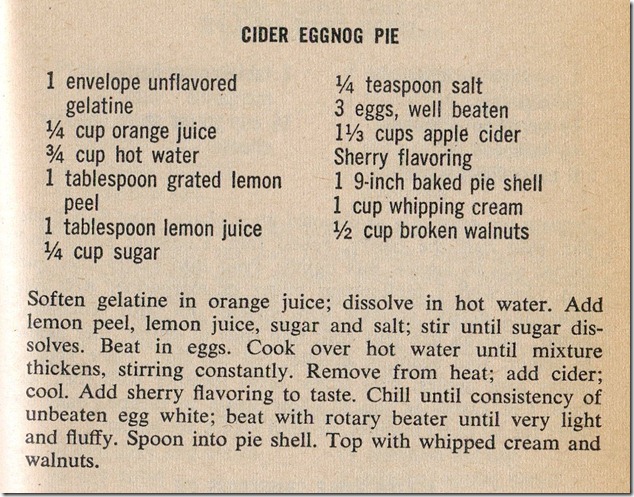 (Printable recipe at the end!)

I just want you to know that I am on board with a recipe that calls for BOTH 1 cup of whipping cream and over a cup of apple cider. Yes!

And why wouldn’t you be, with results like these? 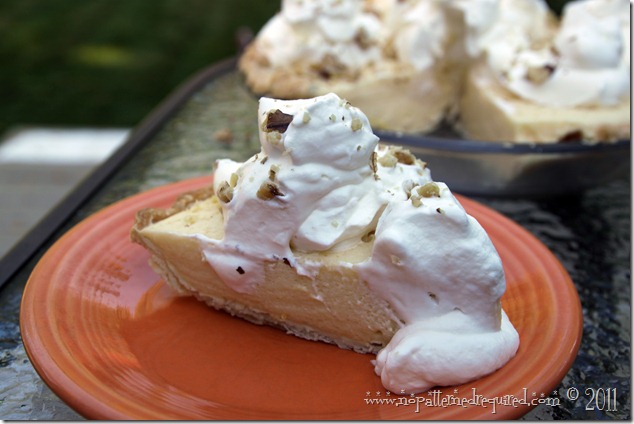 But enough with the Glamour Shots. (Are those still around? Sheesh.)

The pie can sit around being pretty all day, but that doesn’t mean it tastes good. Luckily, I have my very own arbiter of taste right here. 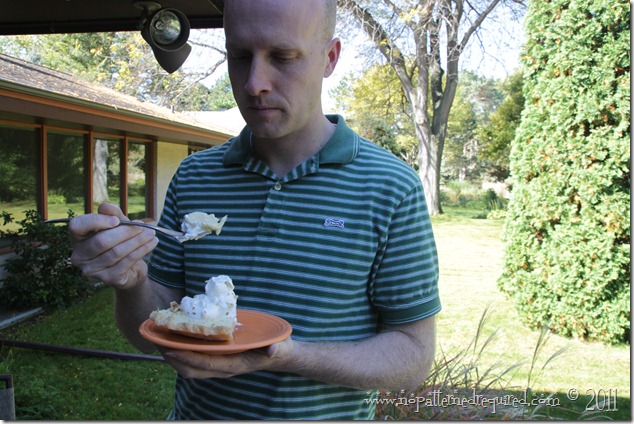 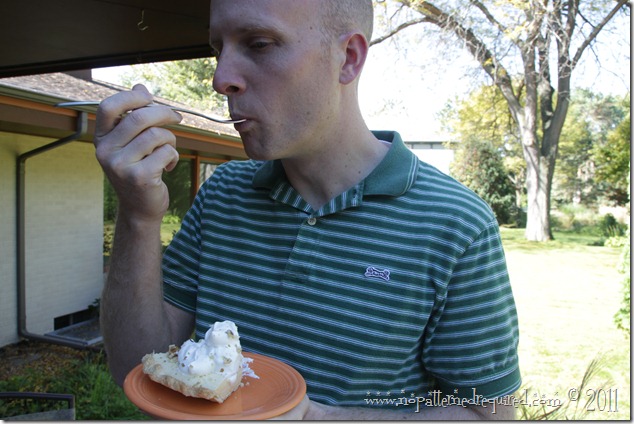 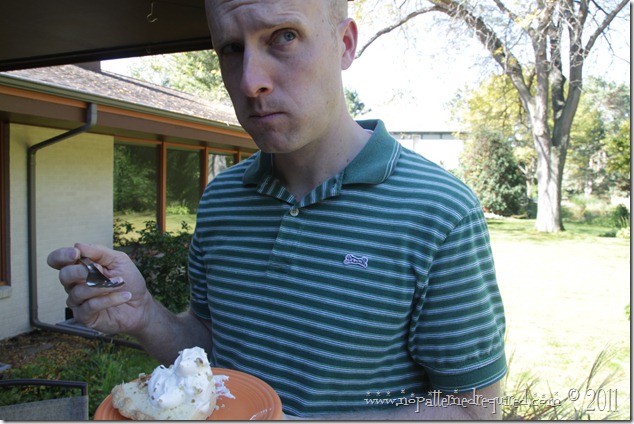 Aaaaaaand, it didn’t go so well.

“What aftertaste?”  I took a bite. “Oh. That one. I think it’s the orange juice or something.”

“Orange juice? I thought this was cider pie. What the heck is in this?”

The Verdict: Delicious, but not very cider-y. I was definitely disappointed by the lack of cider. However, the pie was still very good. It tasted almost like a lemon icebox pie. The texture was very light and chiffon-y, but was achieved with cooked eggs rather than raw, which is always a plus.  If I was going to remake this, I would either replace ALL liquids with cider in the recipe and cut back on the lemon OR cut back on the lemon and add nutmeg and cinnamon and call it just eggnog.

Or, just leave the level of lemon the same and call it lemon pie. It’s all good.

Have you entered our contest to win a Jacob Bromwell box grater yet??? 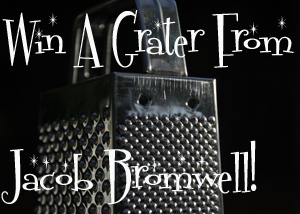 We are giving away a brand new “Morgan’s Famous Box Grater”! Just leave a comment on our contest post to enter!

For a more pronounced cider taste, replace ALL liquids with cider and reduce lemon peel and lemon juice to ½ T each.