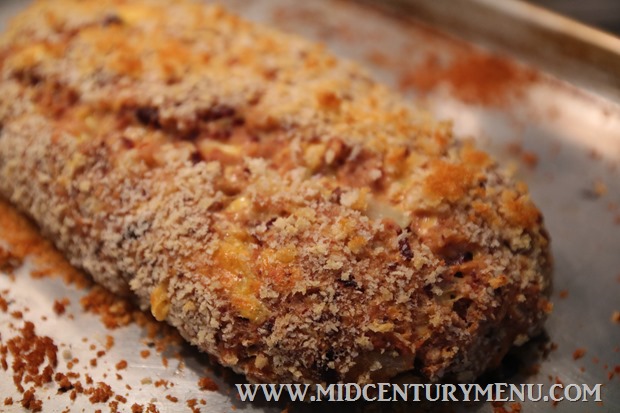 Happy Friday! Who wants some beans? Some beans in the shape of a loaf? 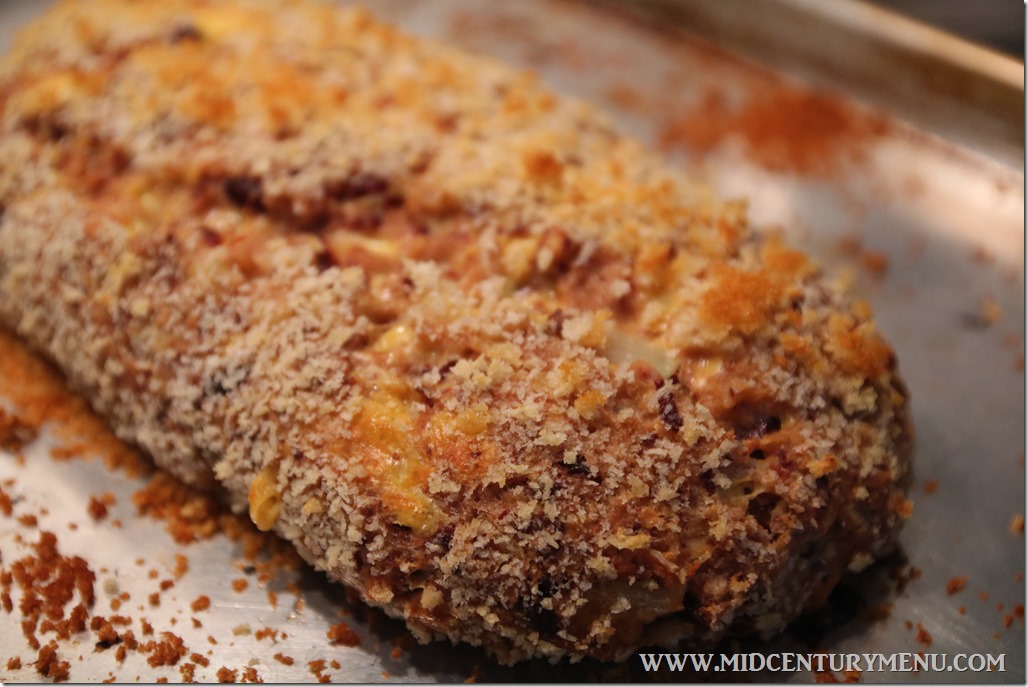 This is Cheese and Bean Loaf! 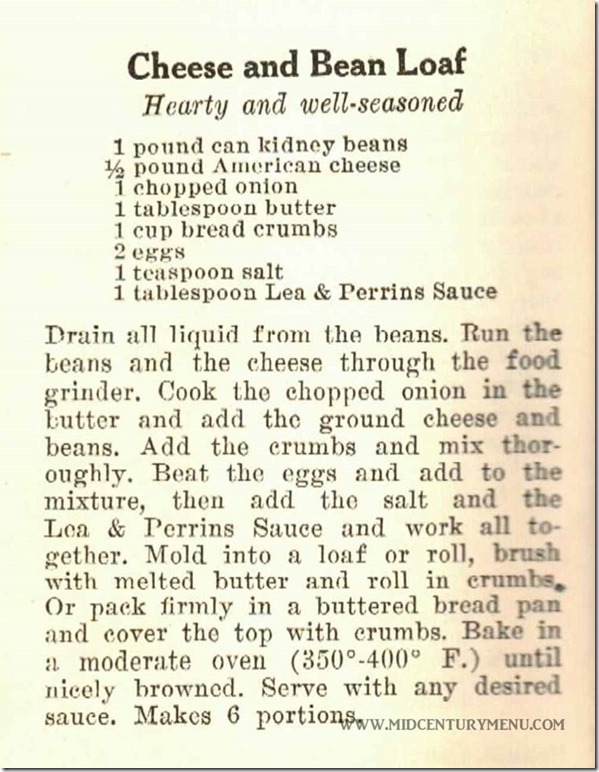 This recipe is from a recipe book put out by Lea & Perrins (yes, the ones that make Worcestershire sauce) called Success in Seasonings which was published in 1930. 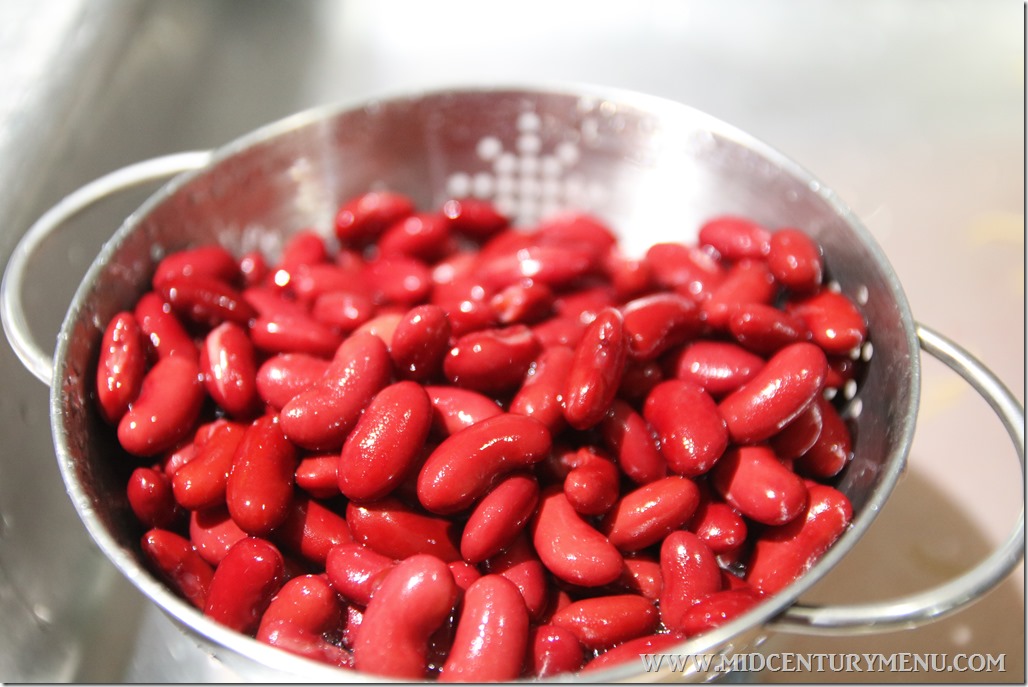 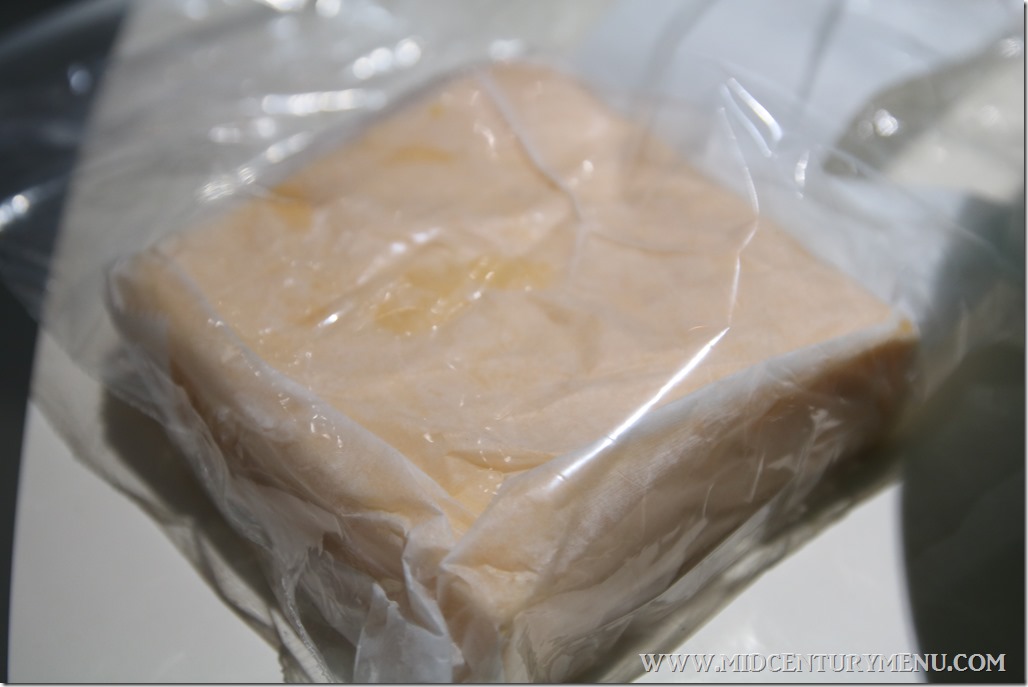 And a big ole chunk of Tom’s favorite, American cheese. (He actually hates it.) 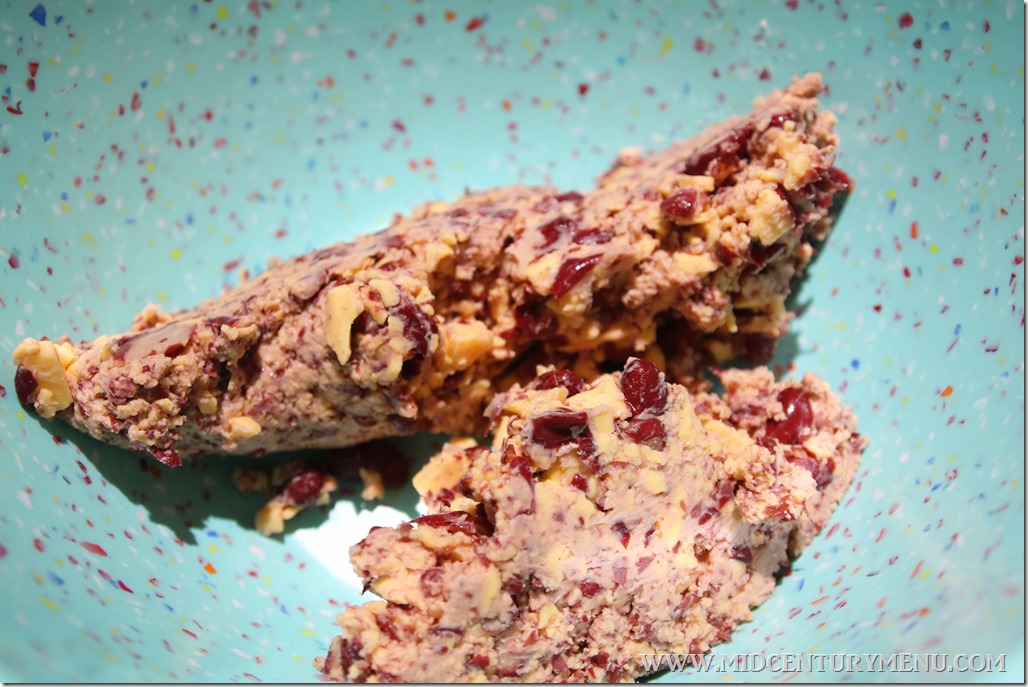 Here is the cheese and beans after a run through the food processor. I wanted to leave it a bit chunky to mimic being put through a grinder vs. being processed. (Note to self: You need to buy a flipping vintage grinder.) 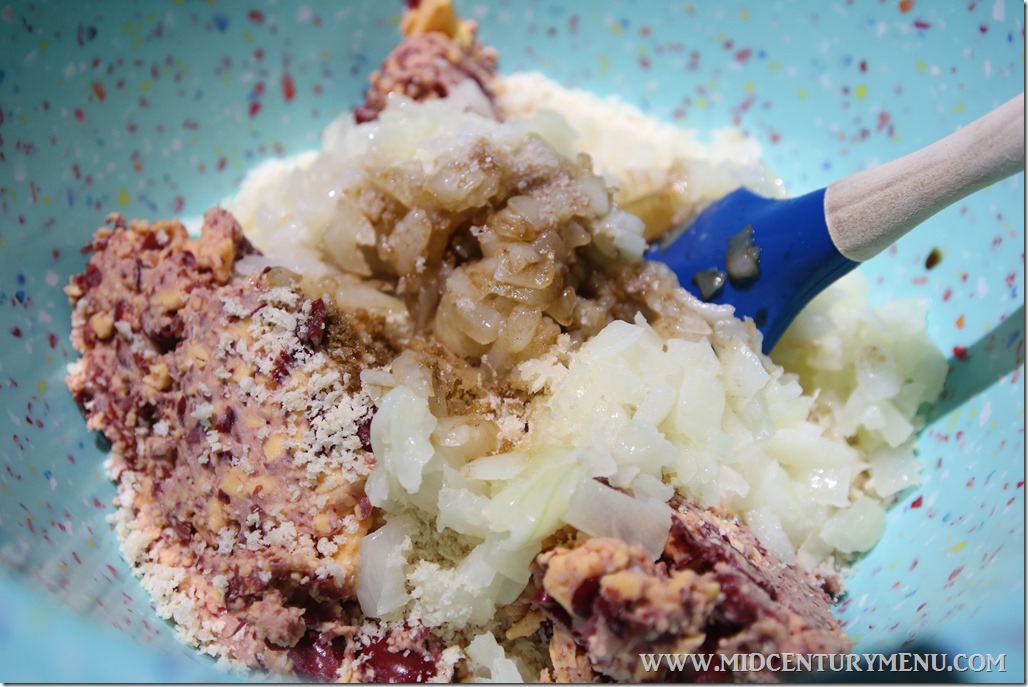 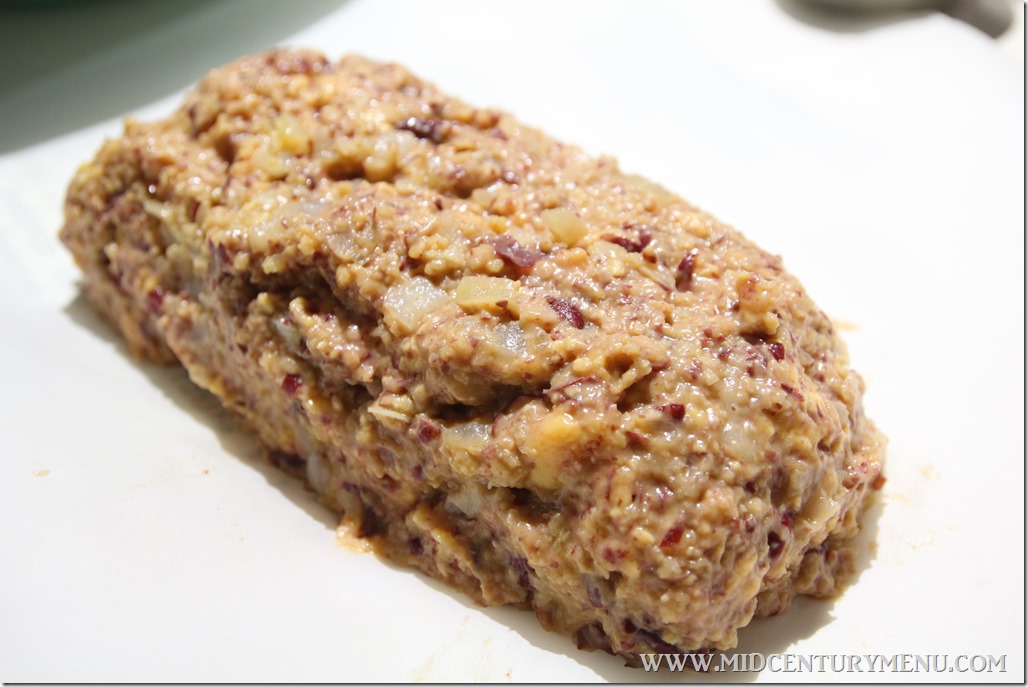 Here it is in a big, gooey log. I ended up using Panko for the bread crumbs, since the recipe didn’t specify dry or fresh breadcrumbs. Since there isn’t any liquid I was kind of worried that the Panko would be too dry, but I’m glad I went with it. The two eggs made this thing really gooey. If I would have baked it right away, I would have just packed it into a loaf pan and washed my hands of it, but since I made this earlier in the day I was able to roll it up in some parchment paper and put it in the fridge. Because I really, really wanted to make a fancy roll out of this thing. 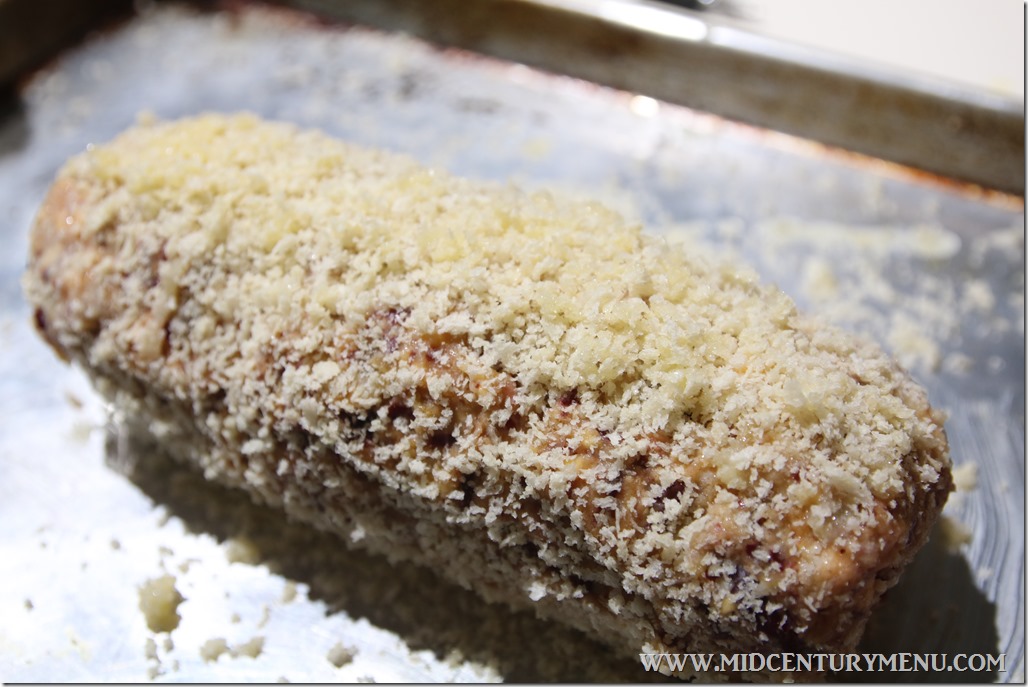 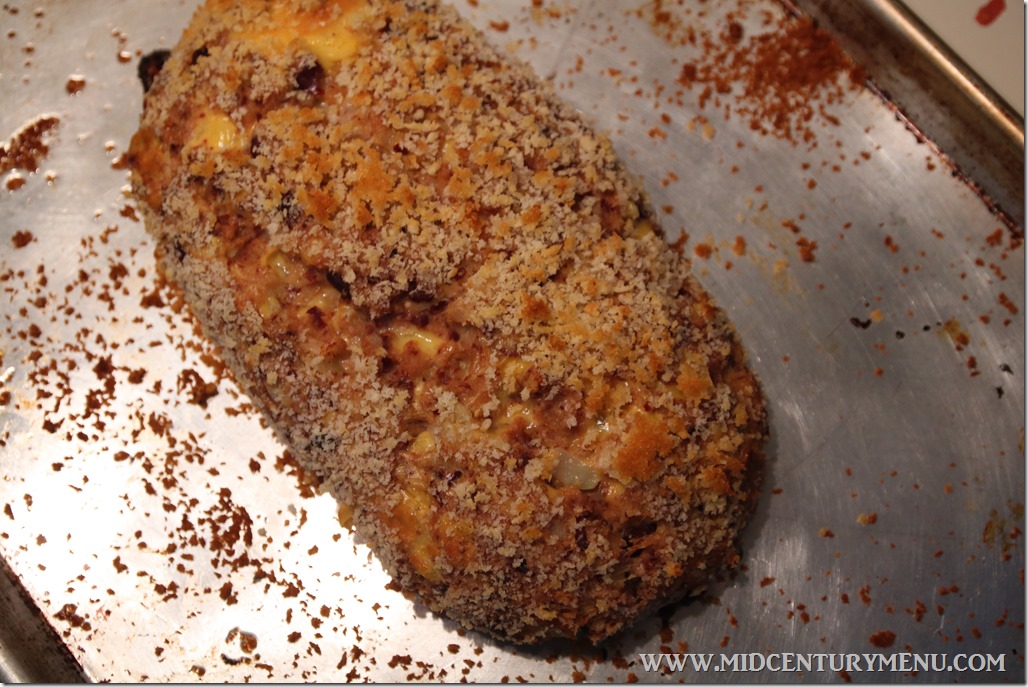 So it spread out quite a bit, but this actually ended up looking really good. And it smelled good, too. 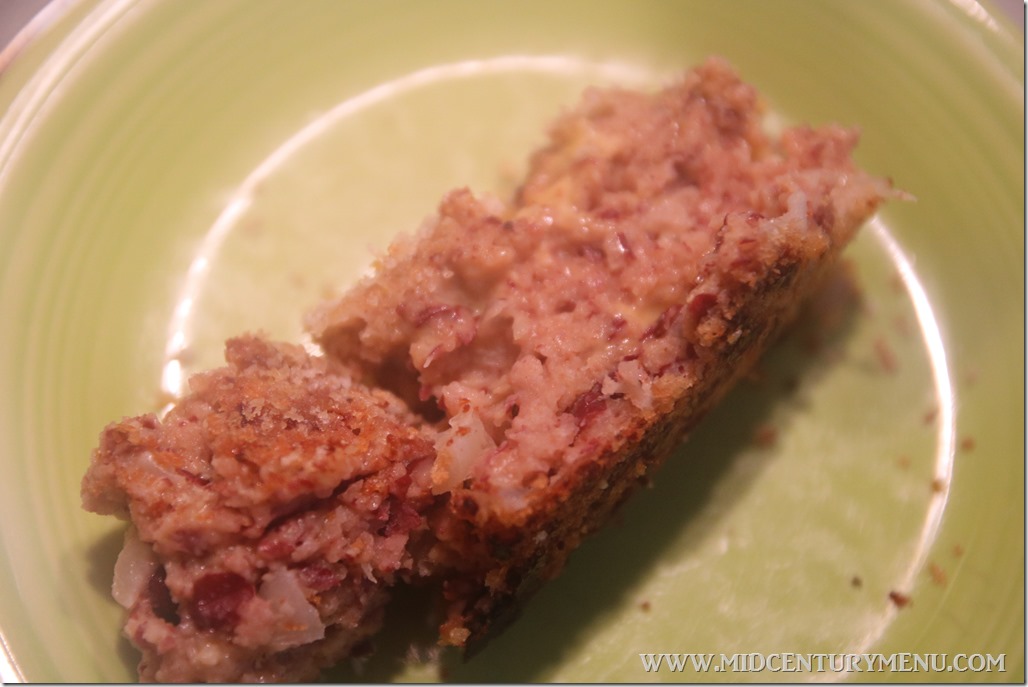 The lens got a little steamed up, but you can still see the texture. 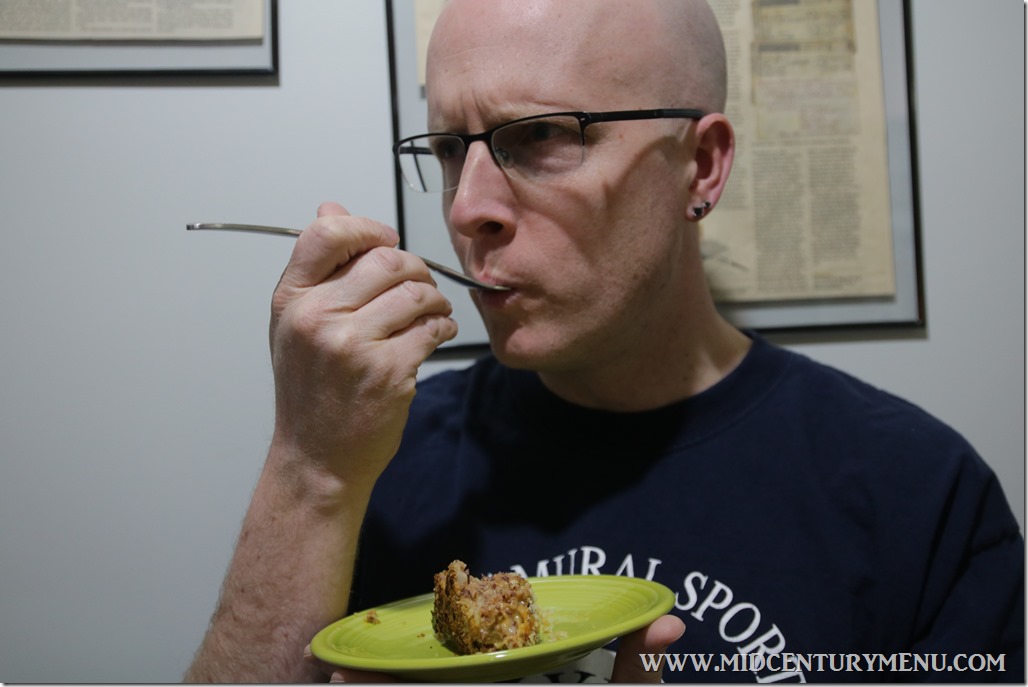 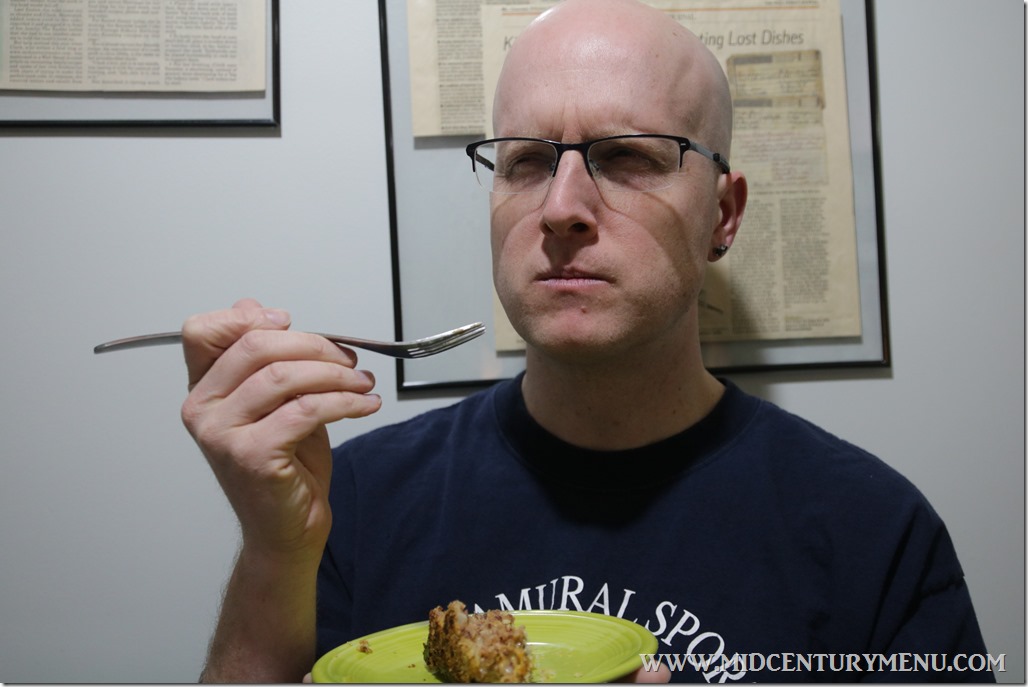 “I know this taste.”

“No, not that. This tastes like something that you eat during a break on an endurance race. Like a mega power bar.”

This thing was dense and a little bit went a long way. This little loaf easily fed all four of us with about a quarter of it leftover. And yes, all of us ate it. Toddler TJ even powered down a slice, which was amazing because he normally is a pretty picky eater. (But maybe I have been feeding him the wrong stuff. His favorites so far are homemade applesauce with cinnamon, oatmeal, lime gelatin with cottage cheese, grilled cheese and this bean loaf. Maybe Tom and I accidentally gave TJ a mid-century palate?  Anyway, that was way off topic. Back to the loaf.) This loaf was soft, but it wasn’t as mushy as I thought it was going to be. It held its shape relatively well and I was able to slice it and serve the slices without them flopping all over the place. The taste was slightly bland, but not too bad. The flavor was mostly onion, cheese and Worcestershire and surprisingly didn’t taste like chili, which for some reason I was expecting while I was making this. We tried the loaf with a variety of bottled sauces (ketchup, mustard, hot sauce, BBQ sauce), but ended up liking steak sauce the best. The vinegar-y flavor really complimented the loaf. Overall, I would say this is a win! 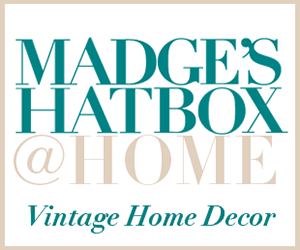 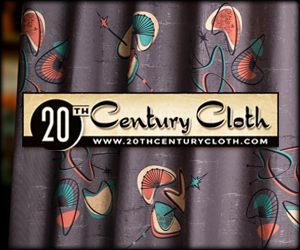 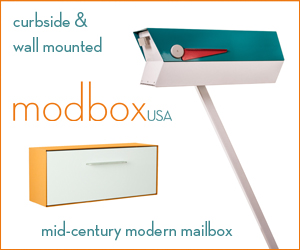