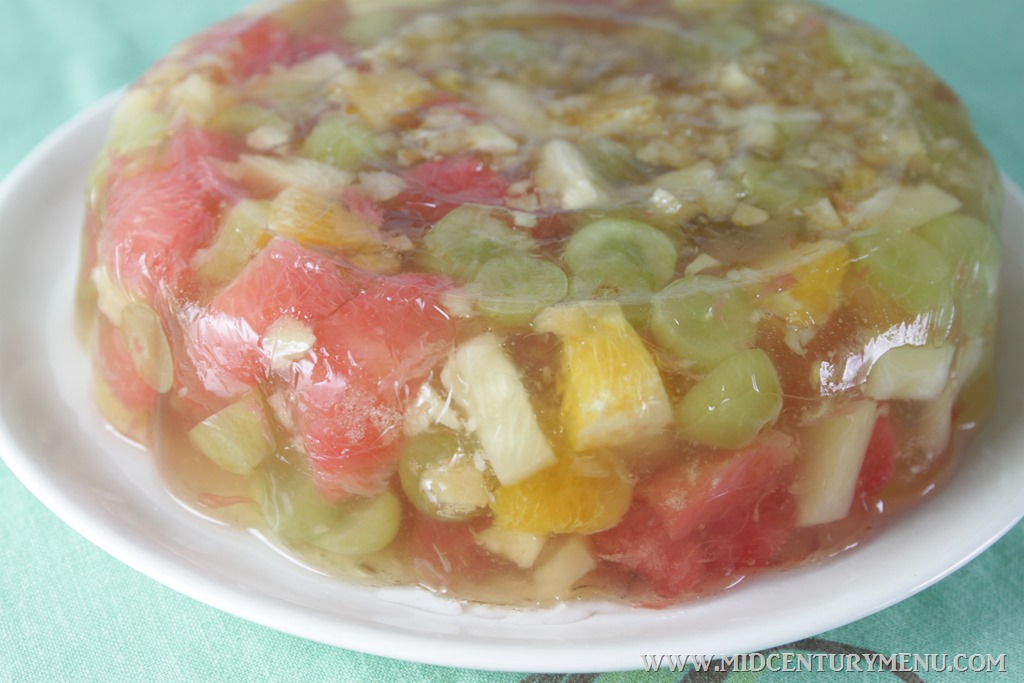 This week I felt like making something sparkly and pretty, so I remade this Ginger Ale Salad recipe that I originally tested for Glory Days Magazine. Because what’s more sparkly than a gelatin? 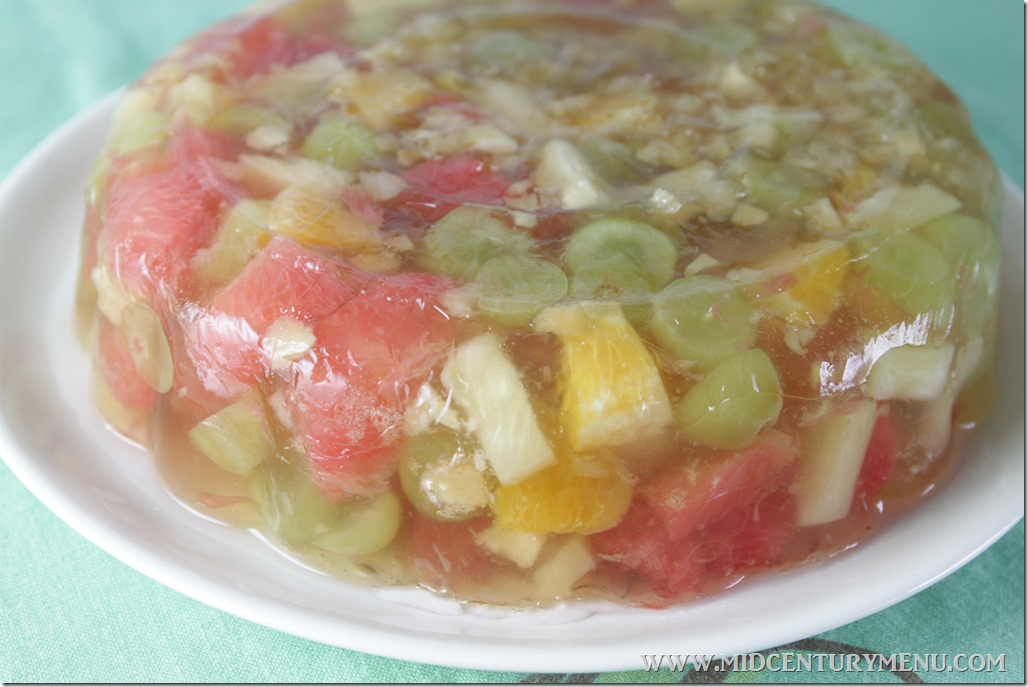 This is Ginger Ale Salad! 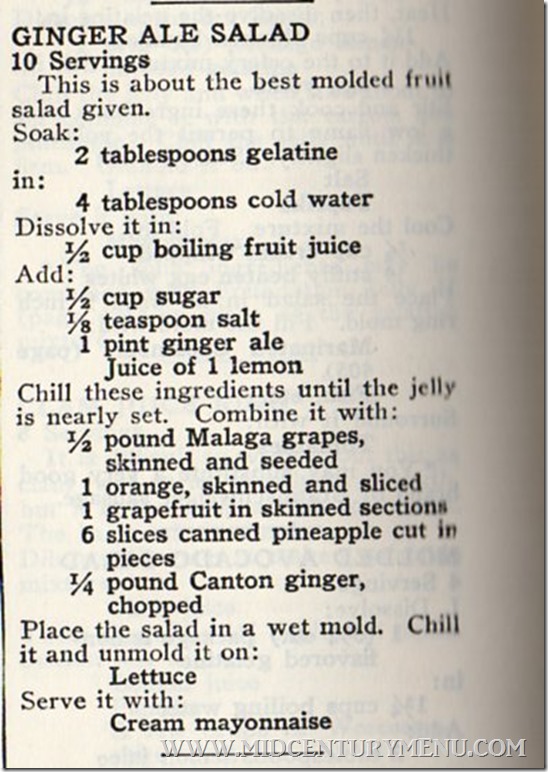 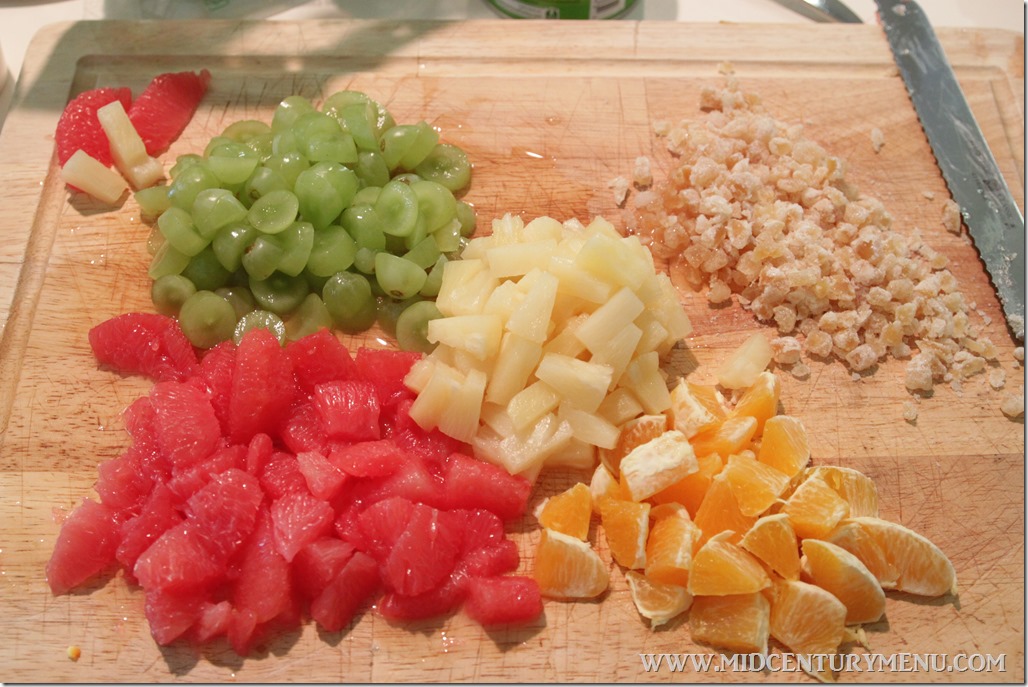 This is a classic salad that introduced the idea of adding carbonated beverages to gelatin salads, which is quite possibly one of the greatest ideas for a sweet gelatin salad since the idea of adding fruit. Though in the books that I’ve read Fannie Farmer is credited with this original idea, this particular recipe is from the 1946 edition of the Joy of Cooking, which referred to this salad as, “about the best molded fruit salad.” 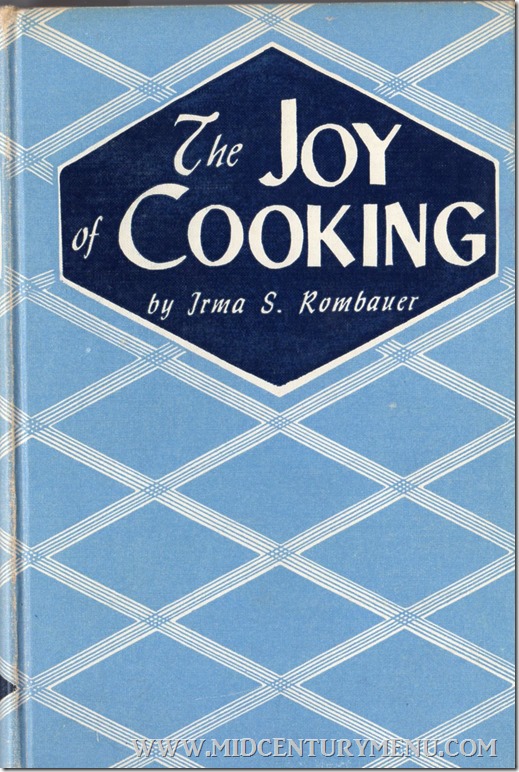 I love the cover of this edition!

The original recipe called for “Canton ginger”, which was high-quality crystalized or candied ginger, and recommended that this salad be served on lettuce with a cream mayonnaise garnish. We skipped the mayo, but hey, if you like mayo with your fruit I’m the last person to judge. In this book’s defense, it mostly likely refers to a homemade mayo, which was probably very good. 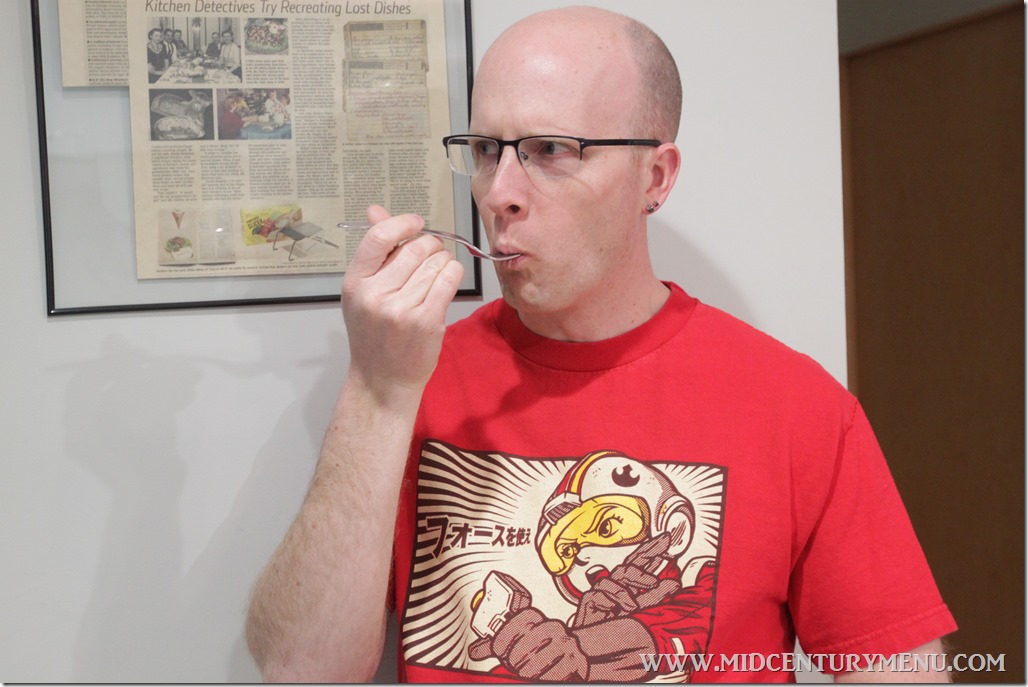 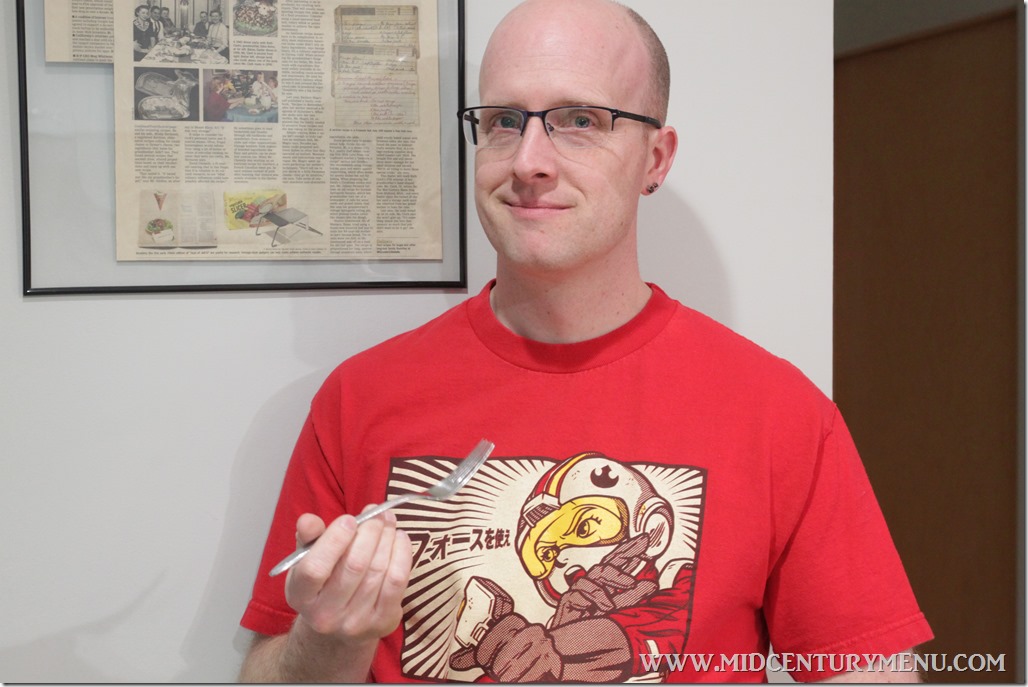 “It’s so sparkly. It’s fizzing while I’m eating it.”

“I know. I was in the mood for some sparkle.”

This is a really fun gelatin. I love the fizzy sparkle of ginger ale and the spiciness of the candied ginger. The mix of canned and fresh fruit is also a nice touch. This thing was packed with fruit, so if you like a little more wiggle in your gelatin, feel free to reduce the fruit. Otherwise really good. Nothing really to complain about here!