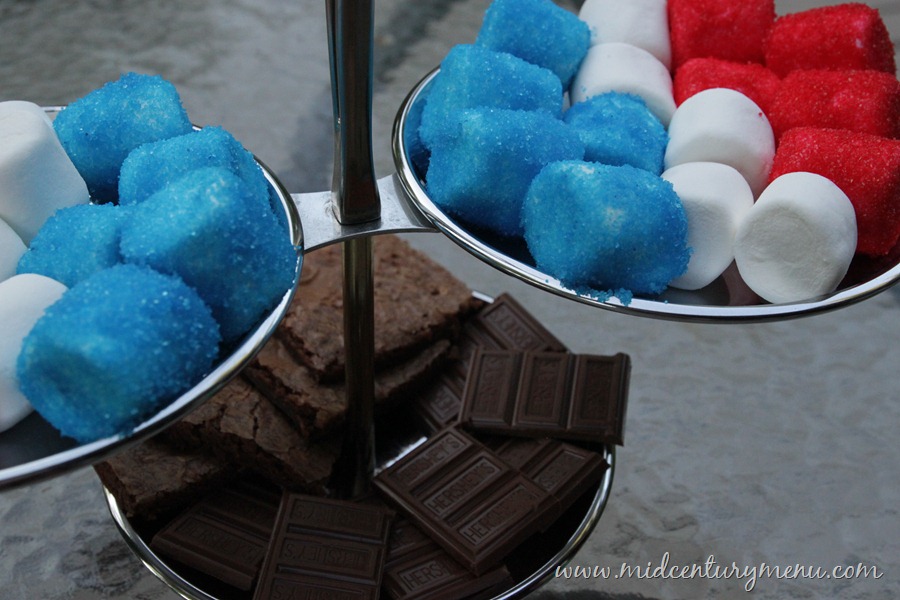 If you love S’mores, you are going to love this fun version made with brownies! We are trying to get in the patriotic spirit here on Mid-Century Menu, so I thought I would bust out this easy recipe from a few years ago and share it again. It even has colored marshmallows! Enough said!

Happy Fourth of July, Everyone! I hope you are all participating in  – or planning to participate in – some fun! Tom and I are just hanging out and relaxing today. Oh, and probably making up more of these bad boys: 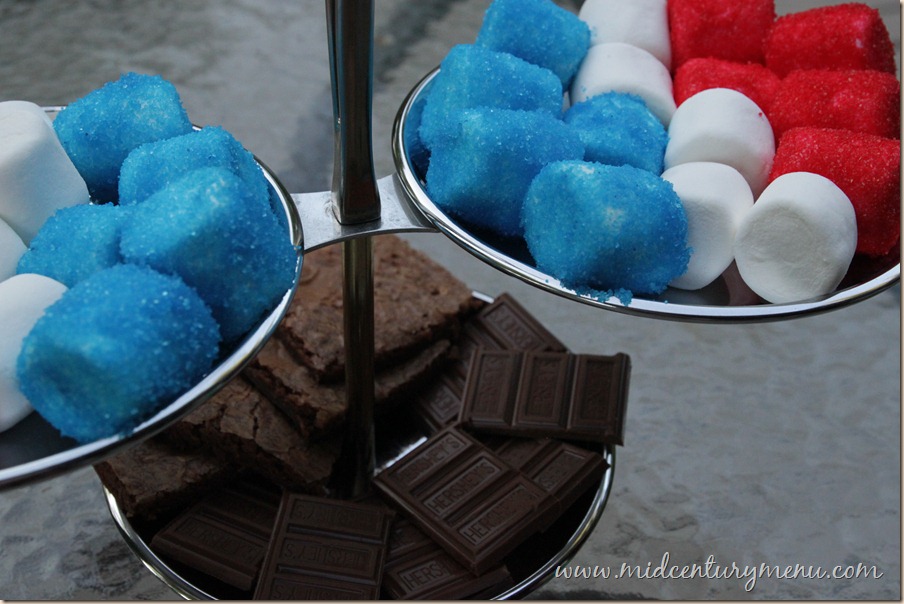 And by bad, this time I mean really, really good.

These are Brownie S’mores! 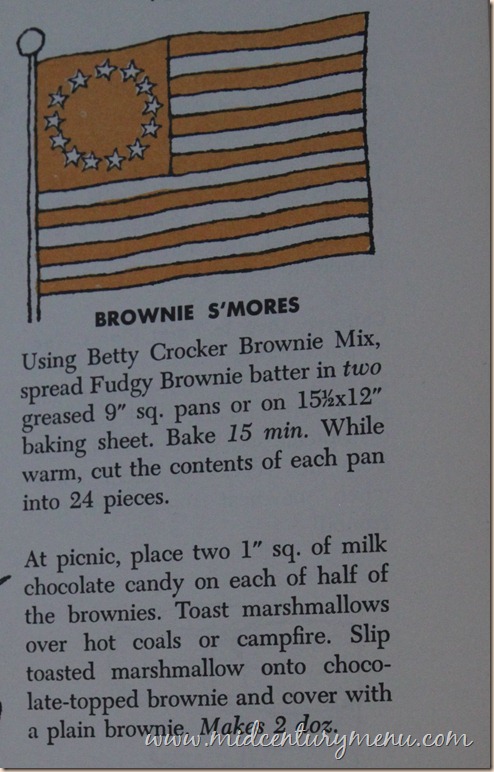 This recipe for brownie s’mores comes from Betty Crocker’s Party Book, which was published in 1960 and is proof positive that not only is the brownie s’more a vintage idea… 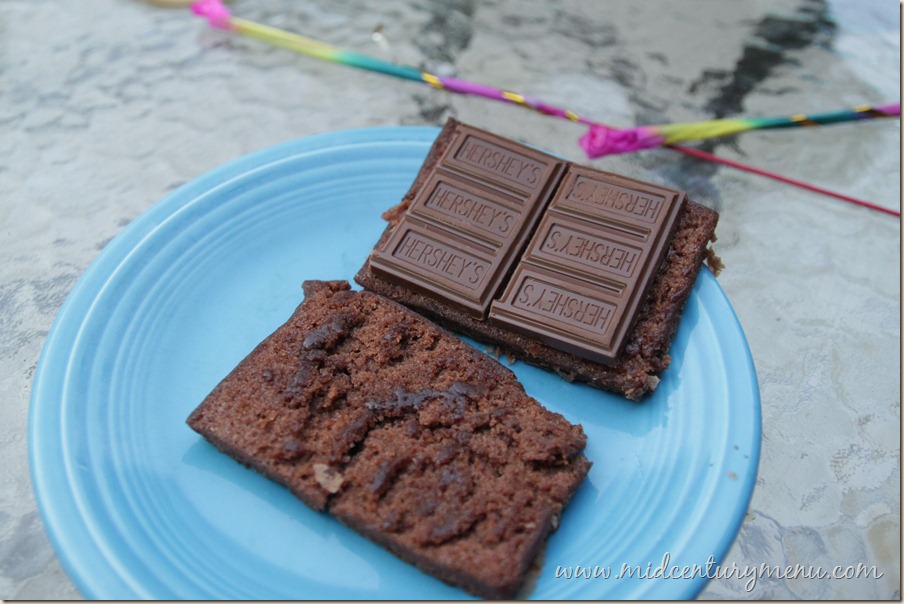 …it is also an amazing idea.

Are you surprised? I sort of am.  I mean, can you believe that the same mid-century test kitchens that brought us Spaghetti Subs could turn around and make such a fun dessert?

Well, maybe not the same exact mid-century test kitchen, but you get my drift. 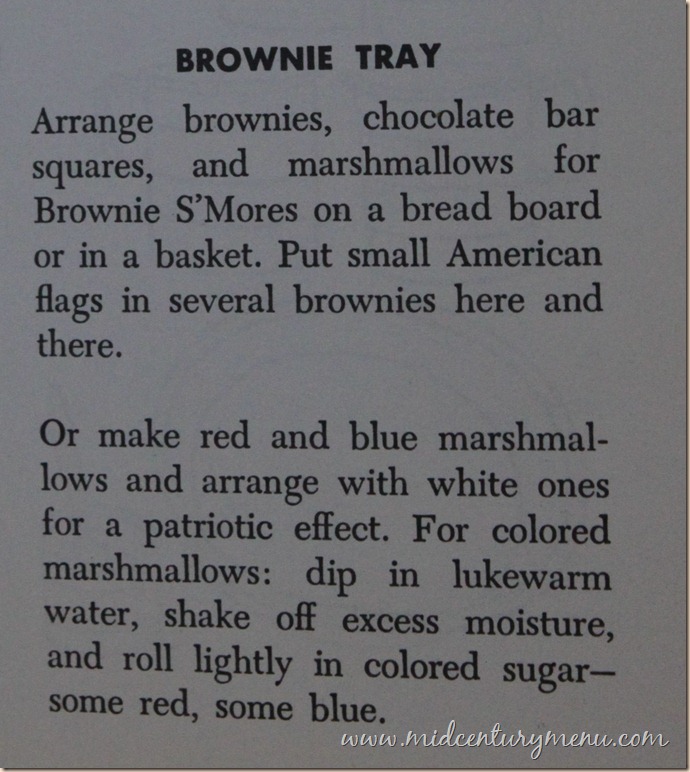 The marshmallows were pretty fun and easy as well. A great job for kids, as long as you don’t mind a little colored sugar mess. Just dip the marshmallow in water… 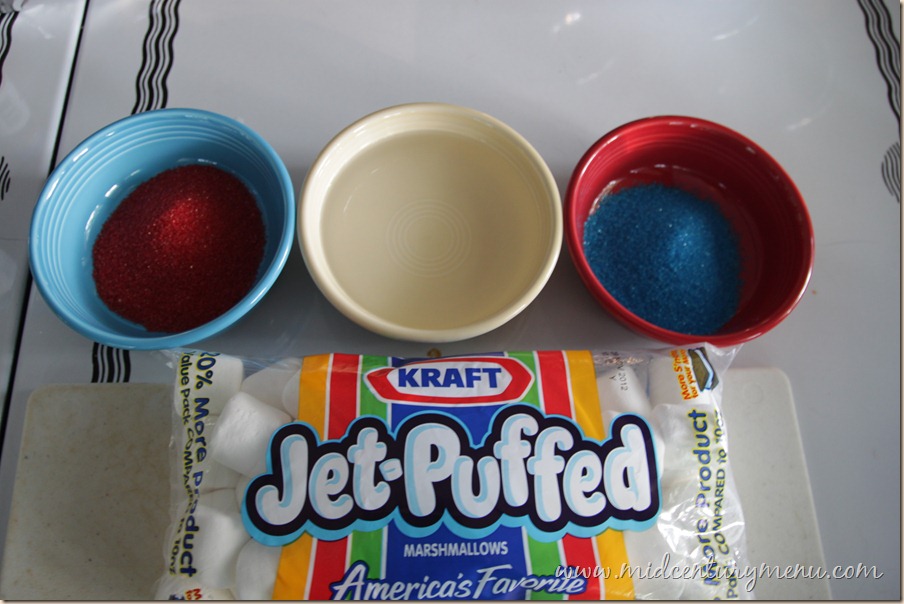 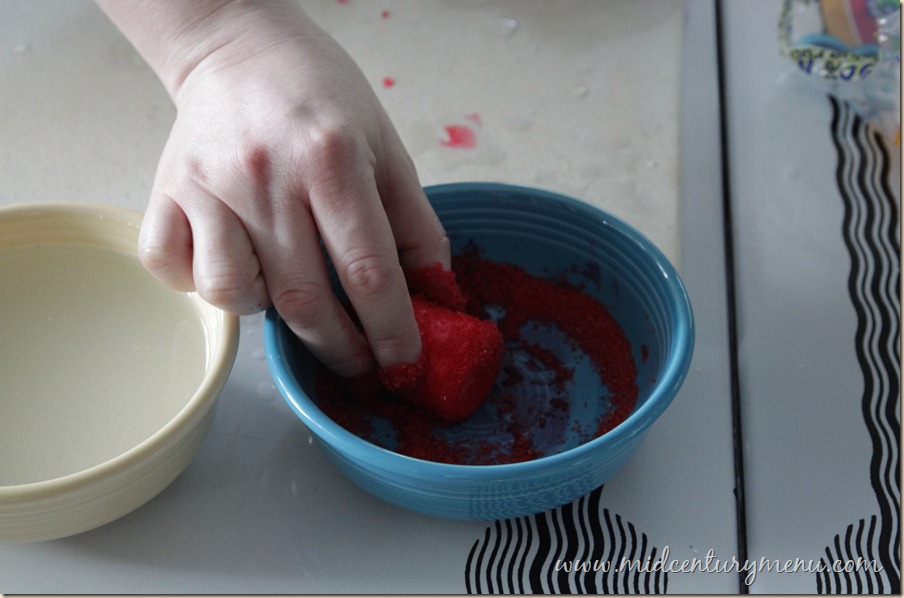 And you have a masterpiece that you can eat!

*Reader Tip: A few years ago, a reader left a great tip about making these the day before, and then leaving them out for a few hours to get a crunchy crust on them like Peeps. I think that is a great idea! 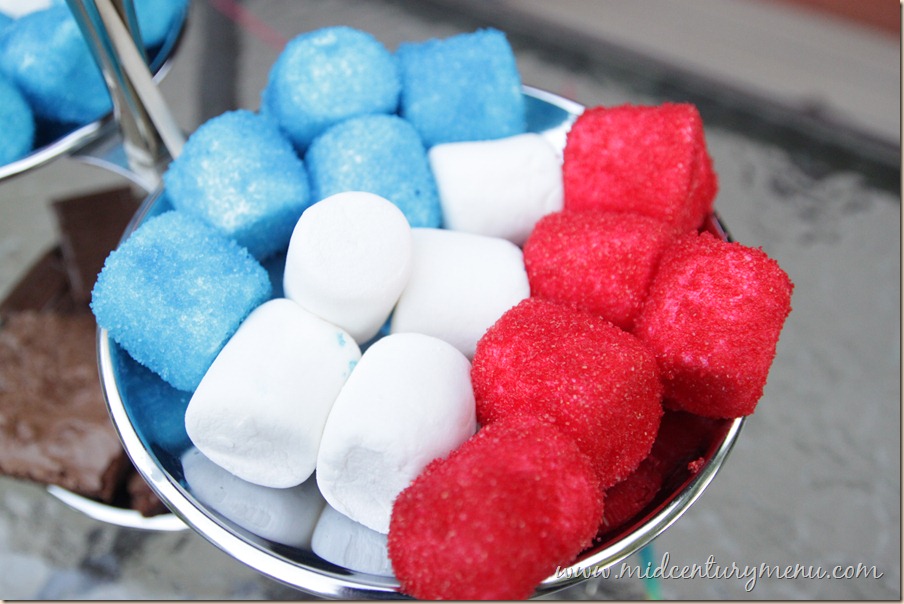 I have to admit, Tom and I sort of ate these before our grilled dinner was done. In fact, as soon as the fire was hot enough I was toasting marshmallows. 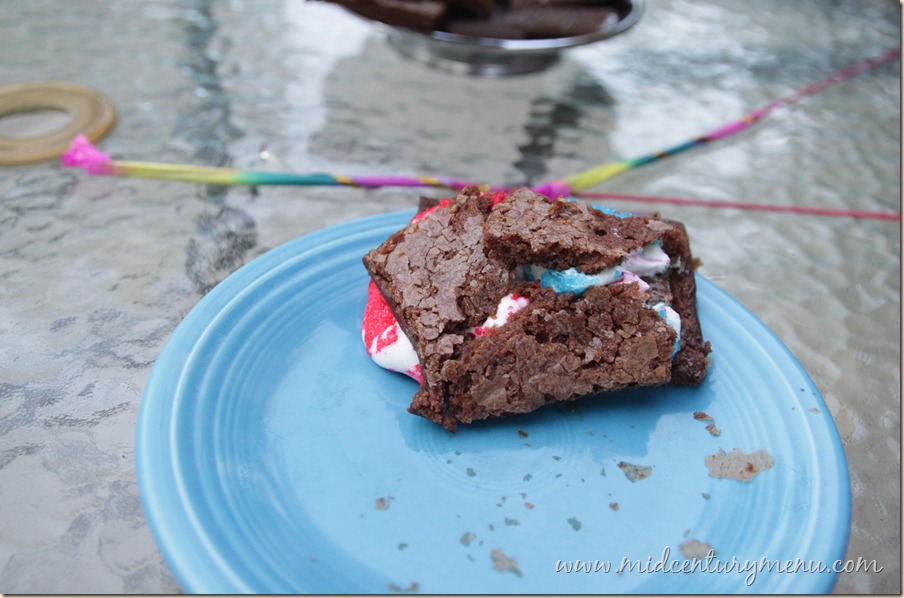 Yeah. One small hitch in the preparation. The brownies were too thin and soft to really hold up to any pressure when removing toasted marshmallows from the stick. So be careful!  Next time I make these, I am making the brownies thicker!

Not that Tom is complaining. 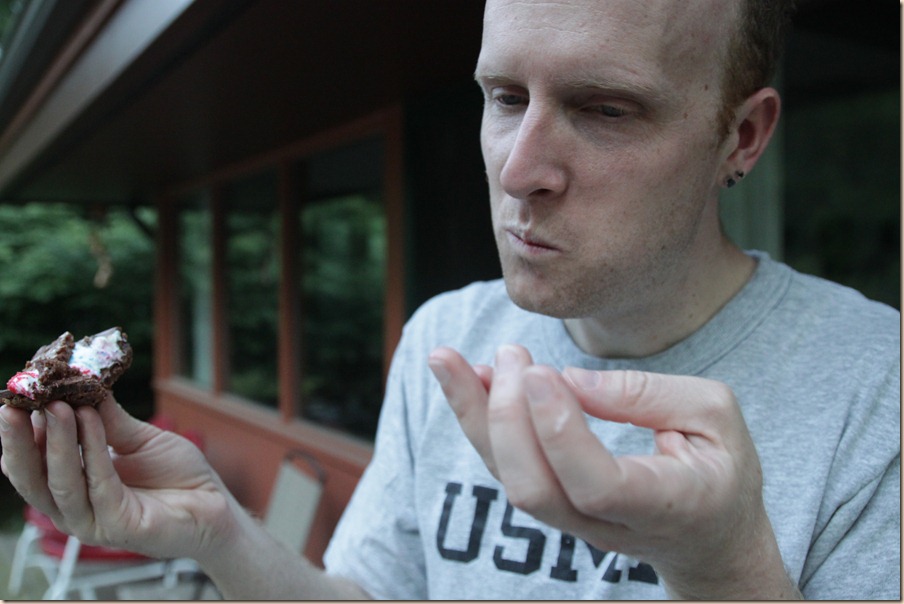 Well, maybe one little complaint. He doesn’t like it when the marshmallow gets everywhere!

S’mores are good and really don’t need improvement, but this was a yummy variation. Especially fun with the easy colored marshmallows. Make your brownies a little thicker than recommended to avoid any crumbling of your luscious concoction. Or, like Tom, sandwich the whole brownie s’more between graham crackers for extra deliciousness.

Hope you have a great holiday! 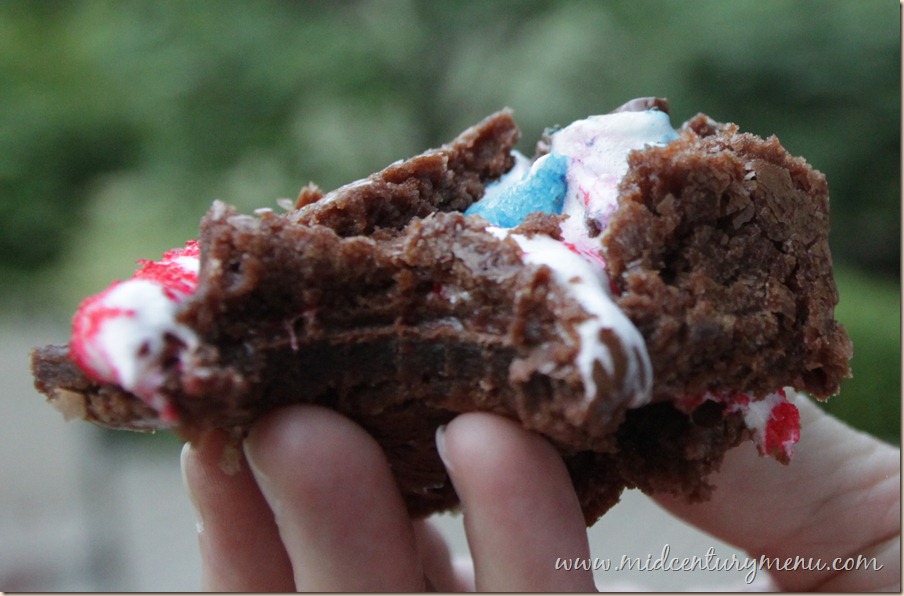