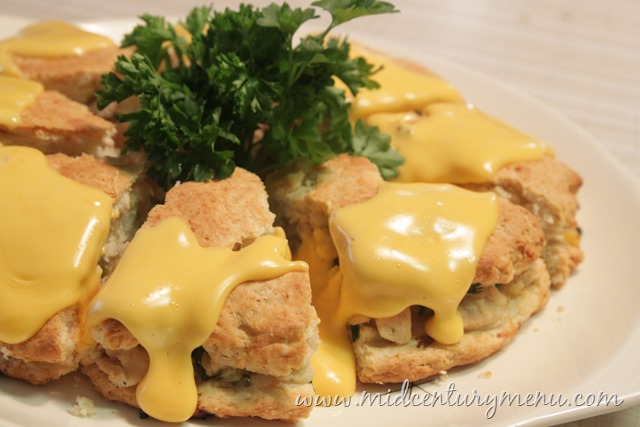 This week we are having tuna! Tuna covered with Velveeta. Mmmm…mmm! Tom’s favorite. 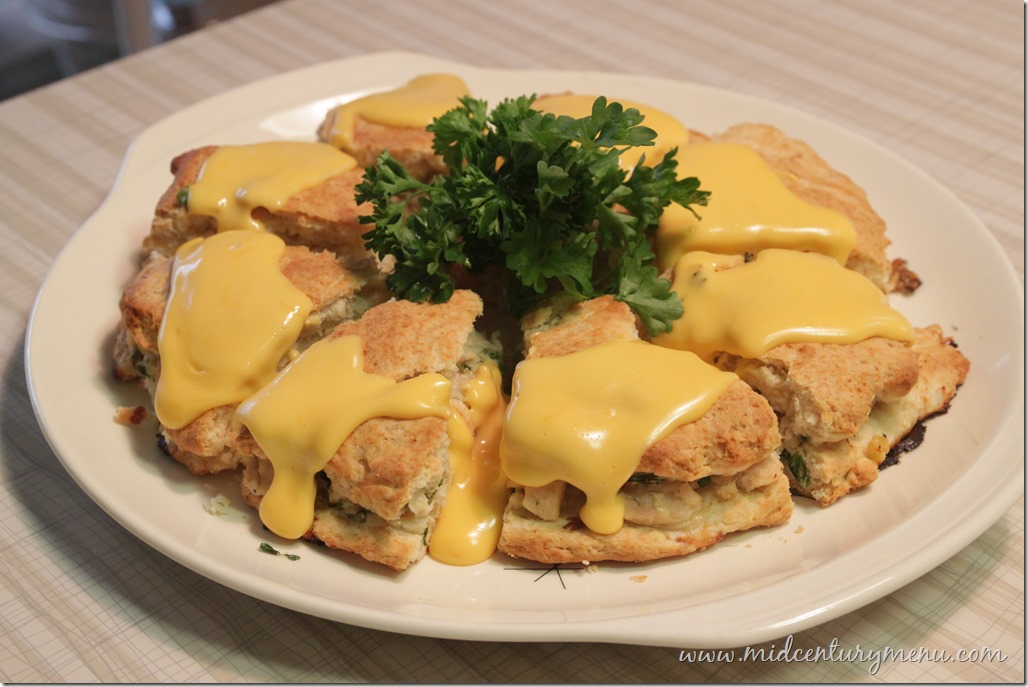 This is Golden Tuna Shortcake! 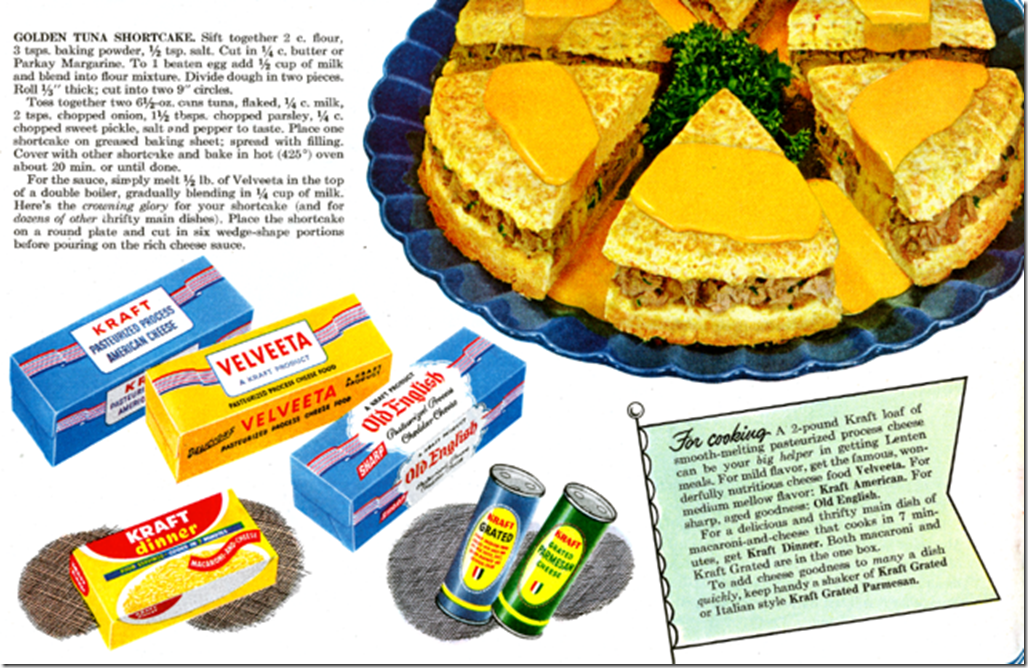 Print
Golden Tuna Shortcake
Author: Velveeta
Ingredients
Instructions
3.2.1284
This excellent recipe was sent to us (just in time for Lent!) by Amy and Kathleen!

Thank you so much, Amy and Kathleen. Any time I can find an excuse to feed Tom processed cheese, I am happy. 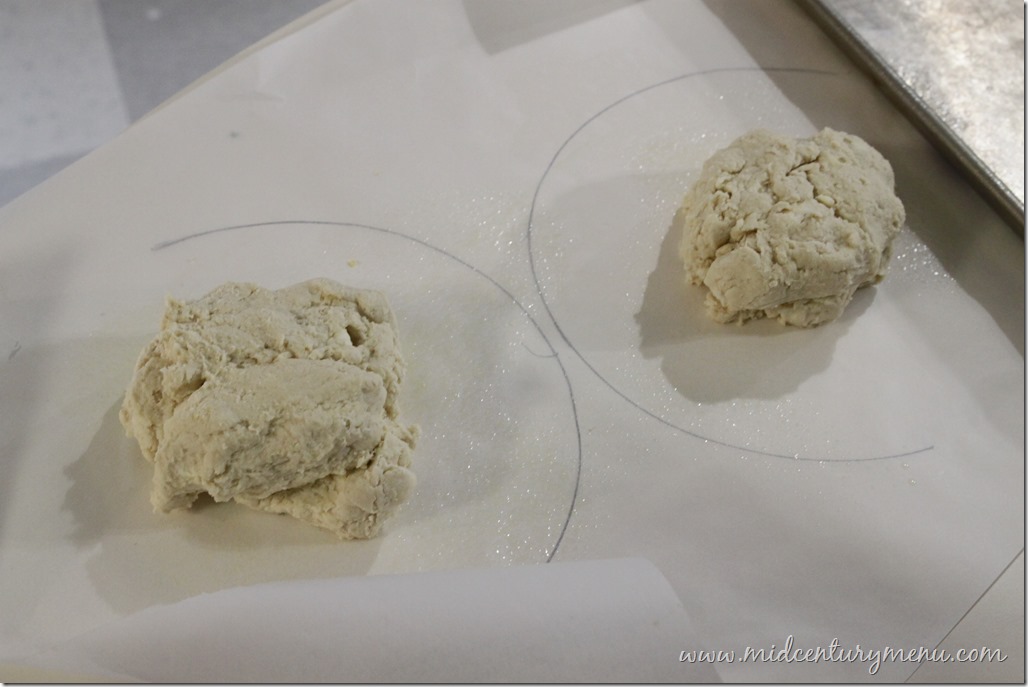 I didn’t feel like rolling out the dough for the biscuit crust, so I just drew some circles on a piece of parchment paper and pressed them out. 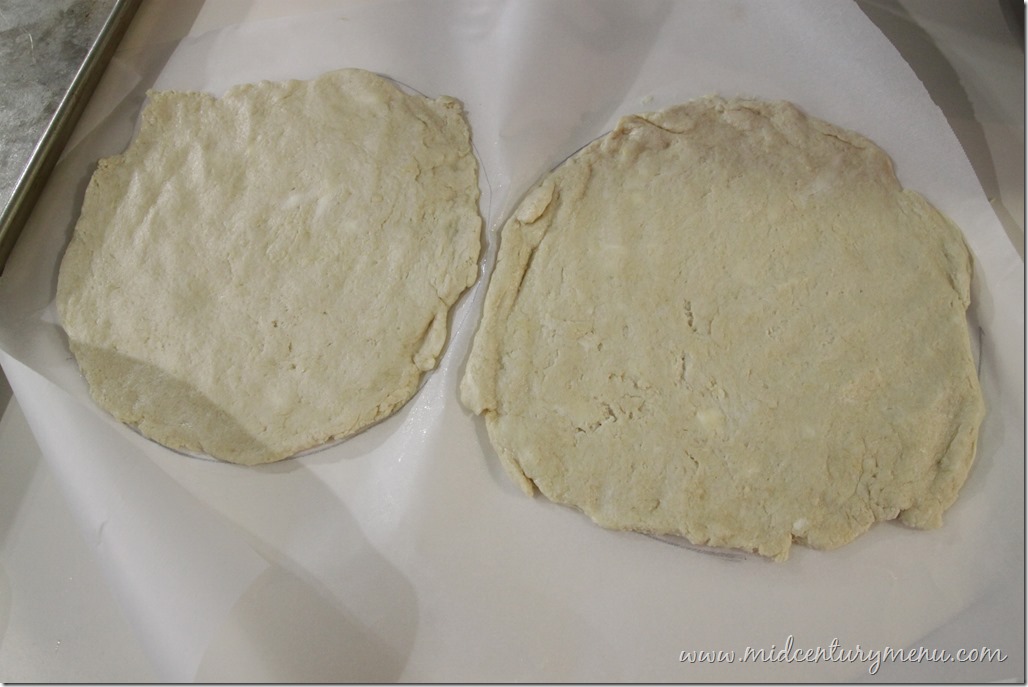 It actually turned out pretty well. I HATE trying to scrape dough off of my countertop, and this eliminated that step. I was just able to peel the parchment off and put them onto the baking sheet. 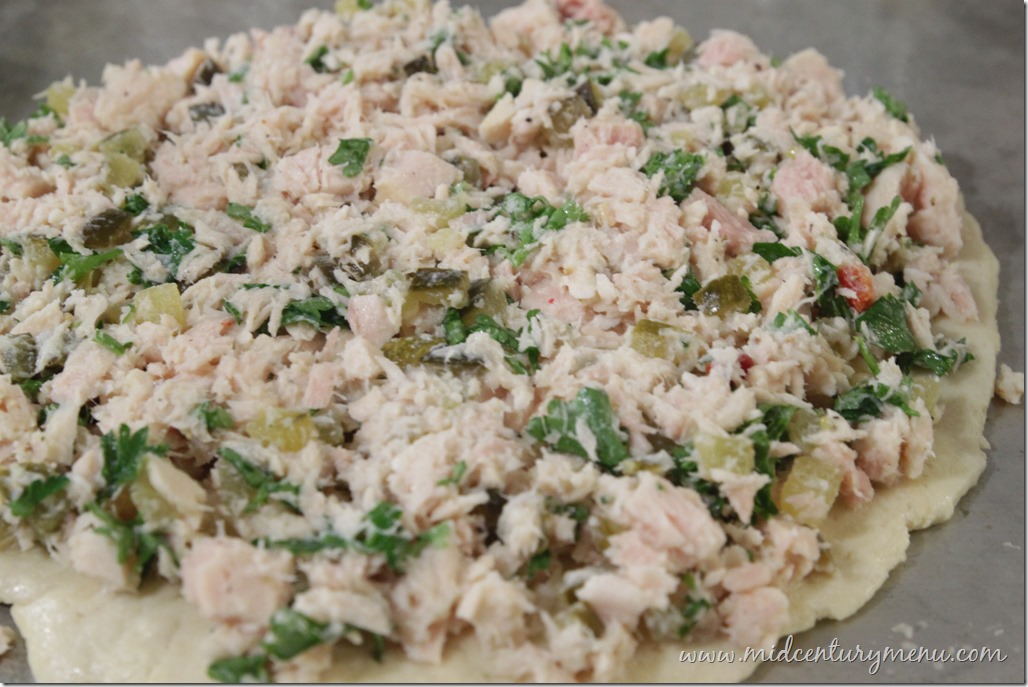 Interesting fact: Even though this looks like tuna salad, there is no mayo in this. The recipe actually called for milk rather than mayo. 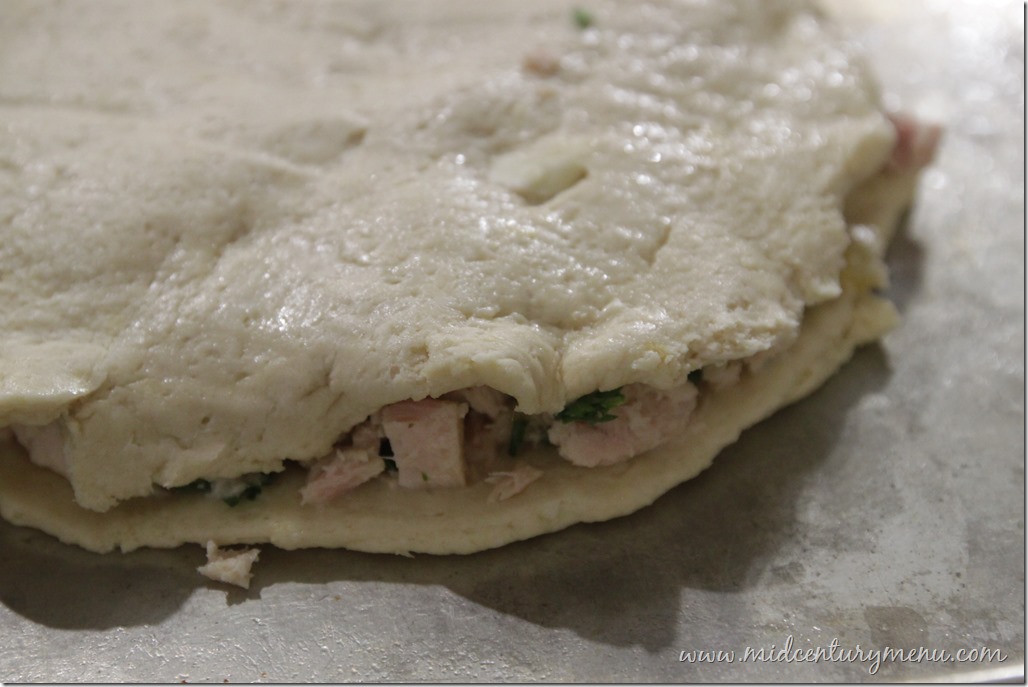 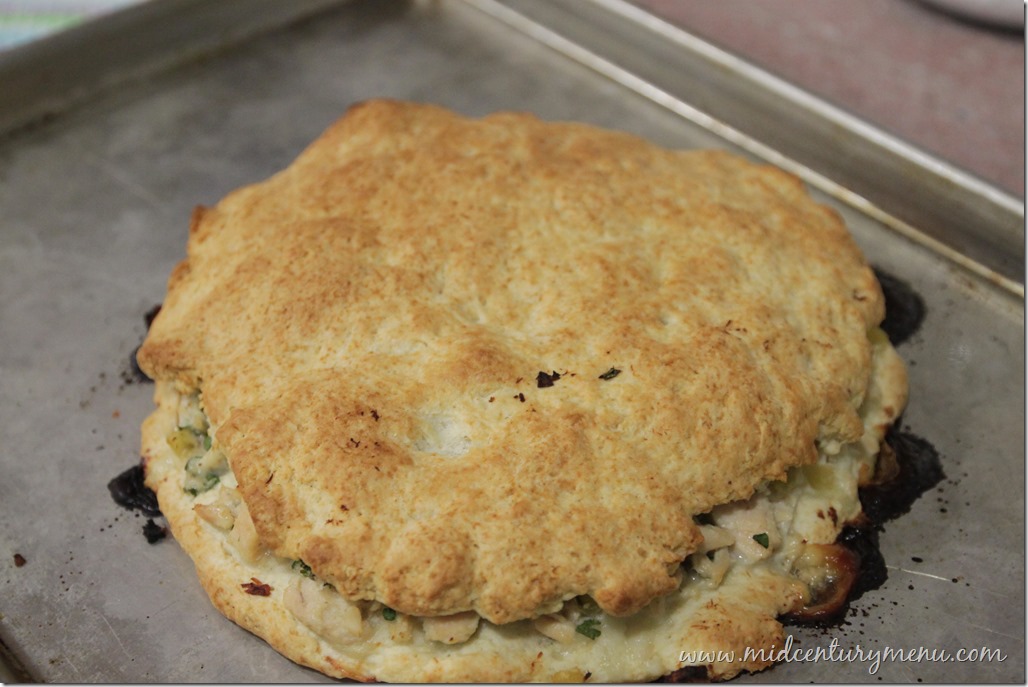 This actually did pretty well in the oven. I was surprised. I thought it would have a difficult time baking in the middle, but everything came out just right. 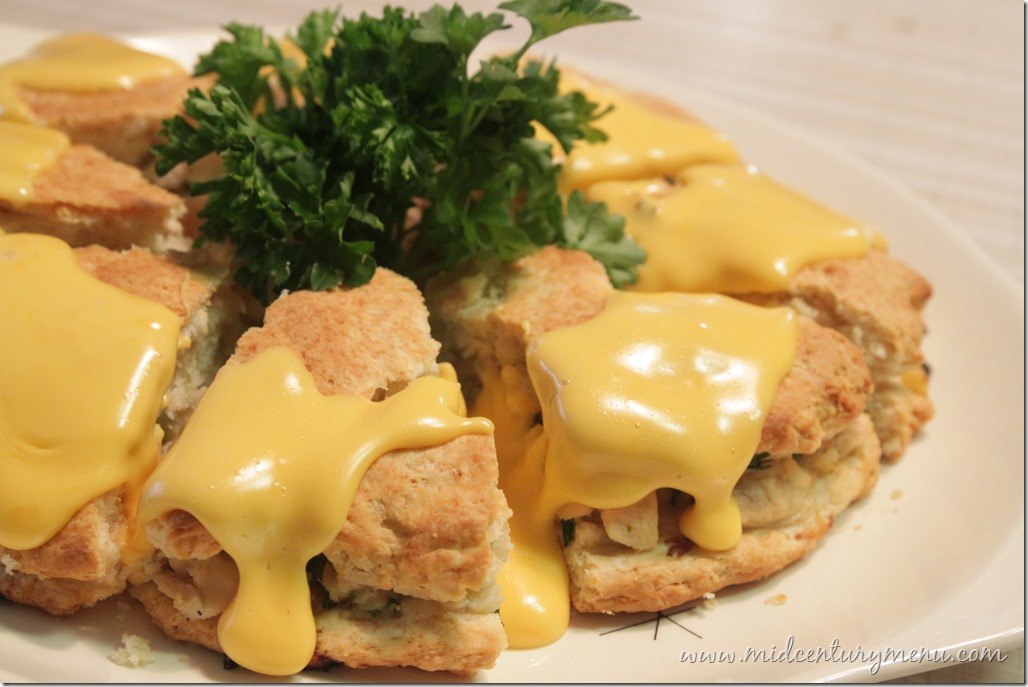 Well, it was just right. Then I slathered it with half a pound of melted Velveeta. 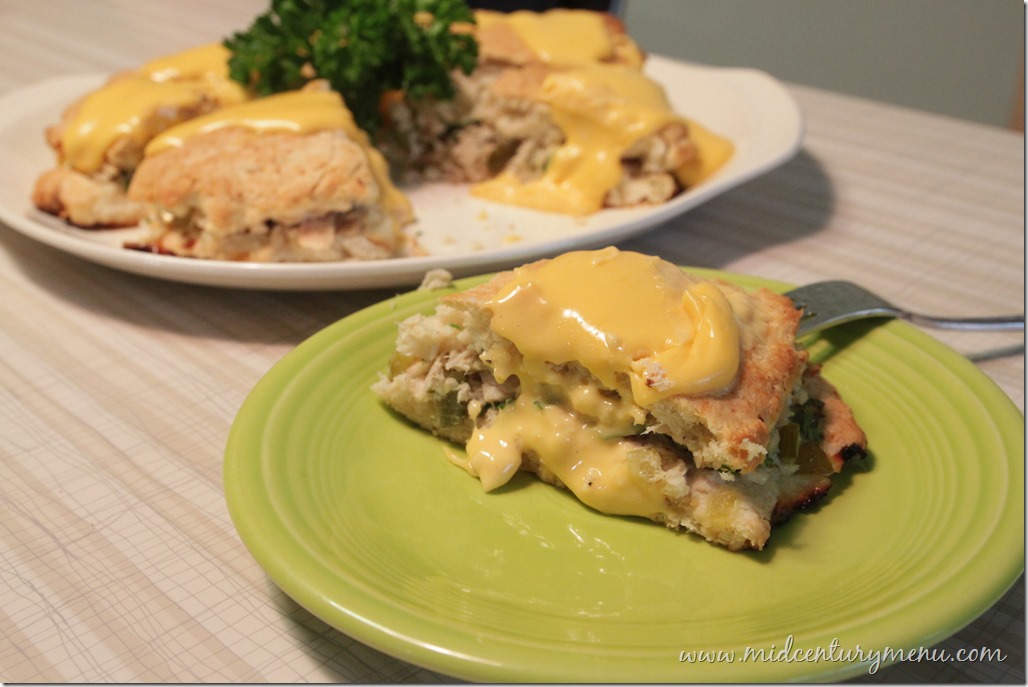 Not that I don’t like Velveeta, but poor Tom practically had tears in his eyes. 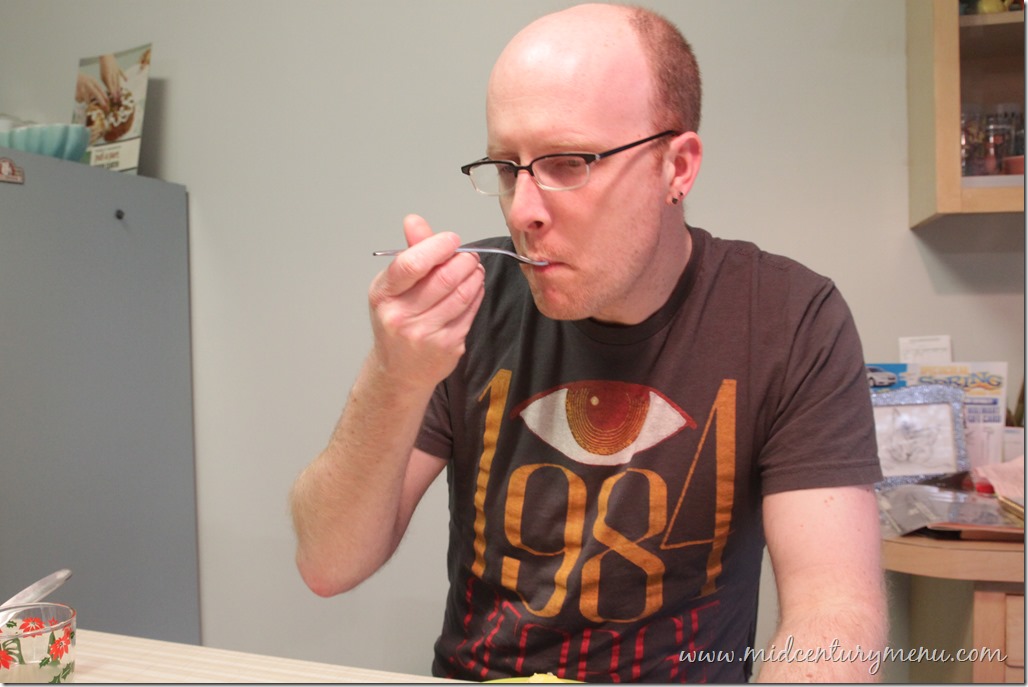 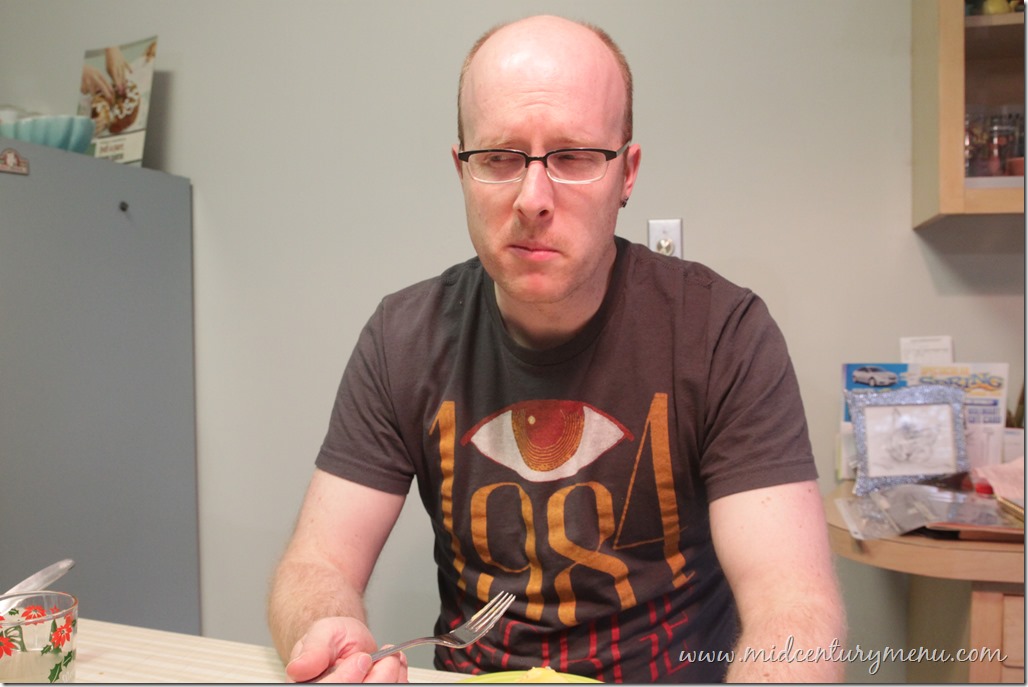 The Verdict: Dry, But Not Bad

This wasn’t as horrible as we expected it to be. It tasted a little bit like a tuna melt, even though it was a little dry. Not that I am complaining about that. I thought it would totally be a gooey, disgusting mess, so to have it on the opposite spectrum was actually a relief.  Even allowing for the horrors of pasteurized, processed cheese food (Tom’s least favorite thing in the whole world), there was something not quite right about this. If I were to make this again, I would make the biscuit crust into a cheese biscuit crust and add more flavor to the tuna layer. Oh, and I would replace the Velveeta with real cheese sauce. I actually think with a few tweaks this recipe might actually be really good.

Thank you again, Amy and Kathleen!