A lot of crazy mid-century recipes are tested here, and of those some of the favorite ones are of the “mix-em-up” variety. Canned spaghetti on subs. Baked beans in gelatin. Ketchup and tuna on pizza. So when I was sorting through some newspaper clippings from the 1960’s and came across this idea for a “teen party”, I knew we would have to try it.

I give you, Taco Dogs. 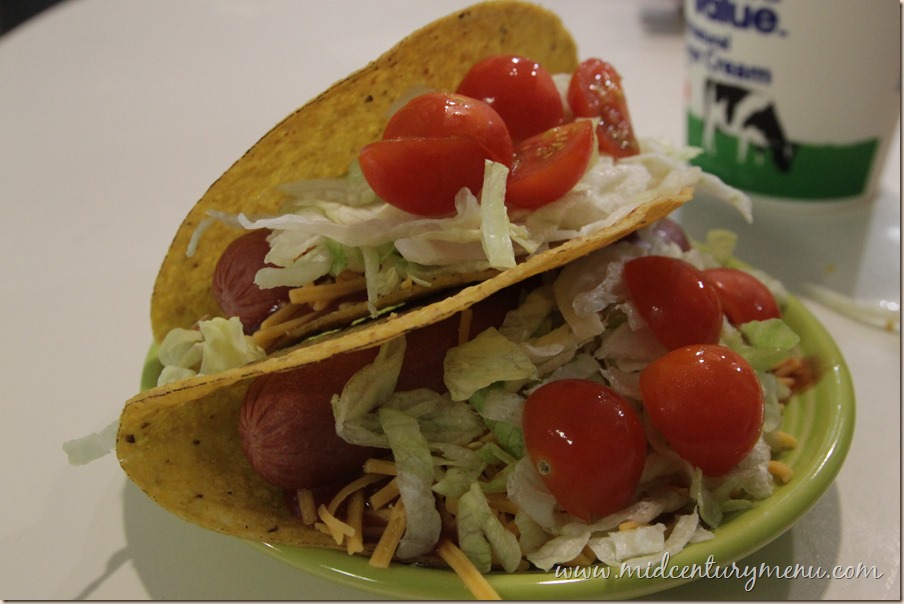 Yes, that is a hot dog in a taco shell. 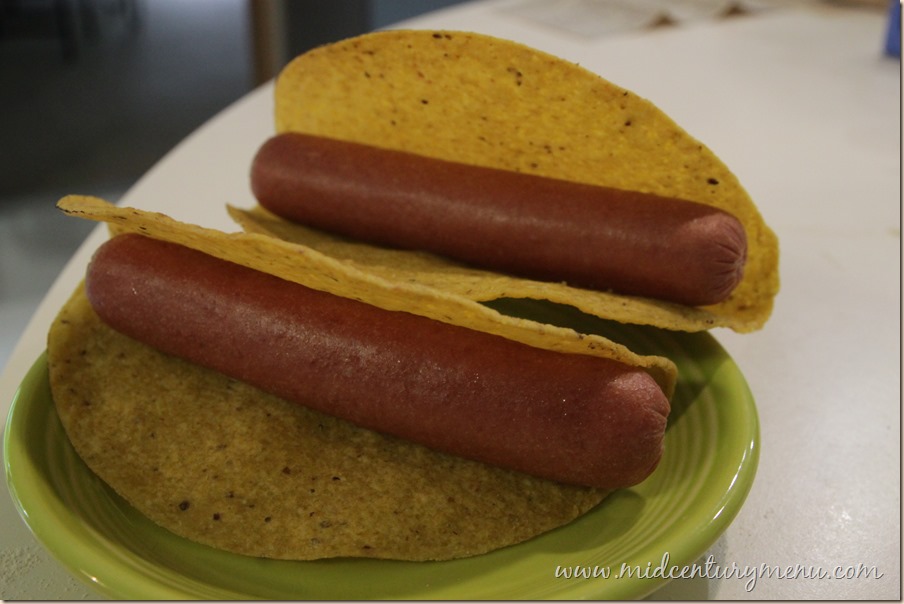 In this recipe’s defense, it WAS incredibly easy to put together, so I can see the appeal for a kid’s party. This seriously took me 5 minutes to make. The most time-consuming thing was waiting for the oven to pre-heat to warm up the taco shells. 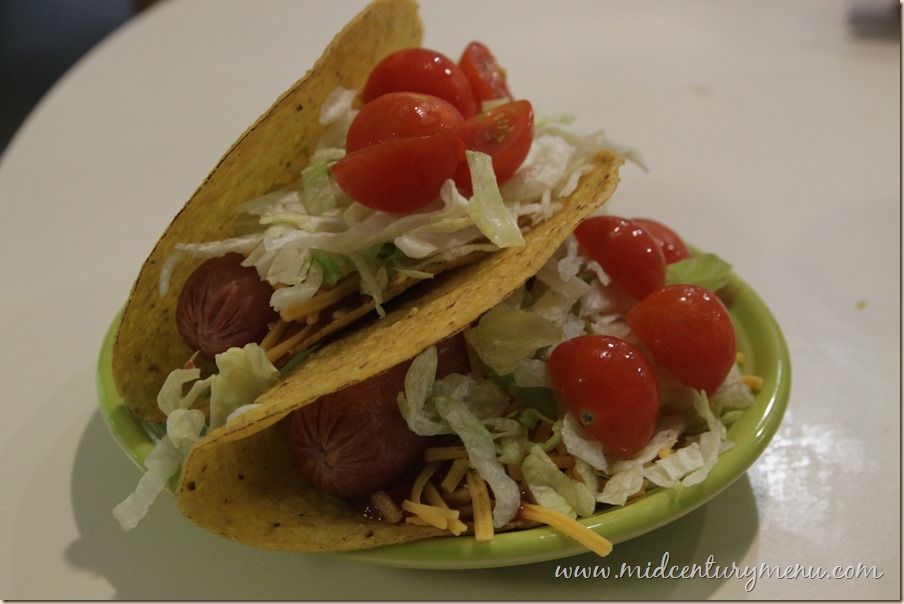 Also, this totally looks like kid food. Hot dogs and tacos together? Gold. 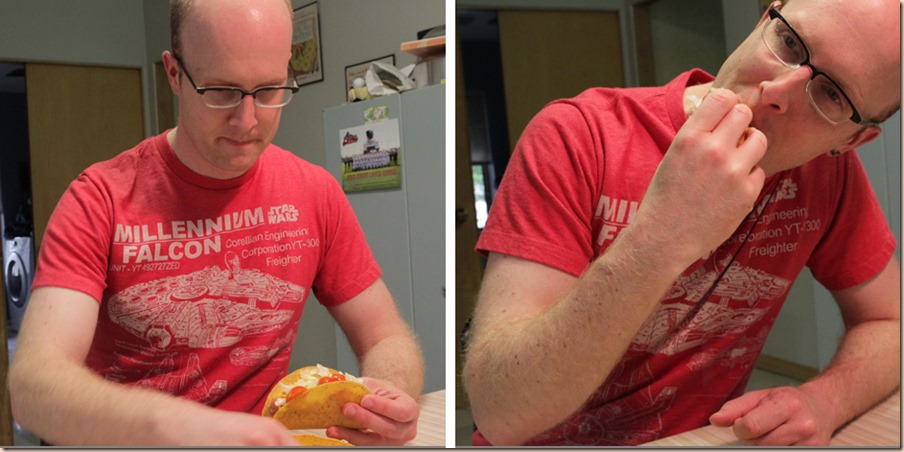 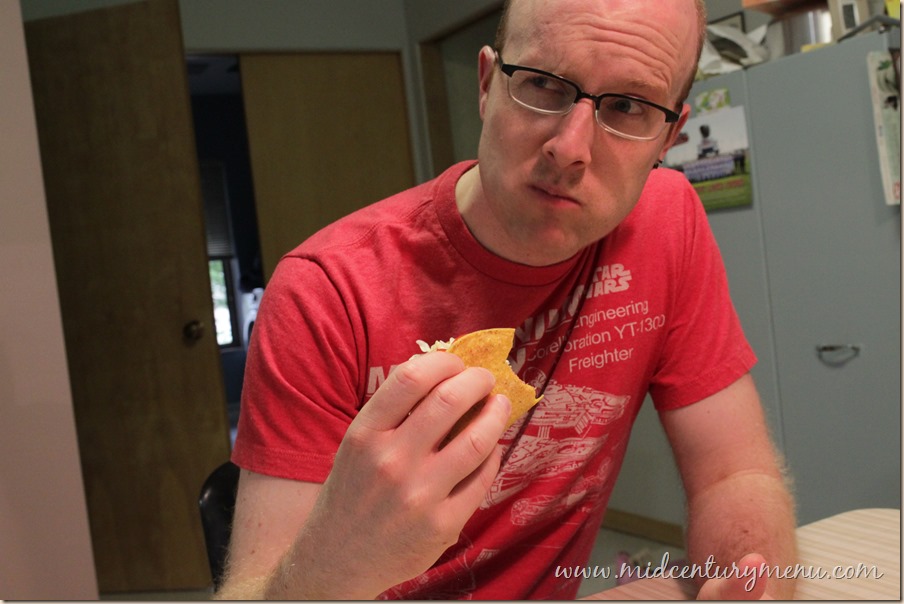 “One bite and I’m south of the border. Canada’s border.”

“Seriously though, this thing is the most 1950’s-ish thing we’ve made in a long time.”

The Verdict: It’s a hot dog. In a taco shell.

From The Tasting Notes:

Weird and bland, but edible. You expect a lot of things when you bite into a taco shell, but not a hot dog. It was also ridiculous to eat, and the taco shell crumbled and bit the dust long before we were finished eating the taco dog. It would have been better to just put a hot dog in a bun and pile seasoned taco meat, chips and cheese on it. And yet, this recipe is still around today. And here. Aaaaand here.