When I first saw this recipe in a newspaper clipping from the 1950’s, I was terrified it was going to use some sort of savory cracker. But I was pleasantly surprised to see that graham crackers made up the “cracker” part in the recipe.  I was also intrigued and wanted to make it as soon as possible. Plus, it has chocolate chips in it, so there was that too. 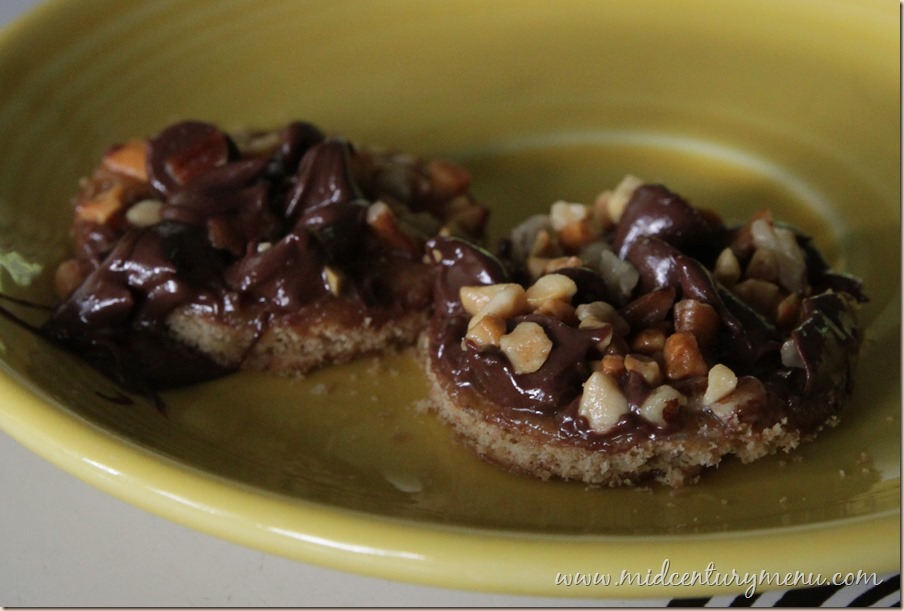 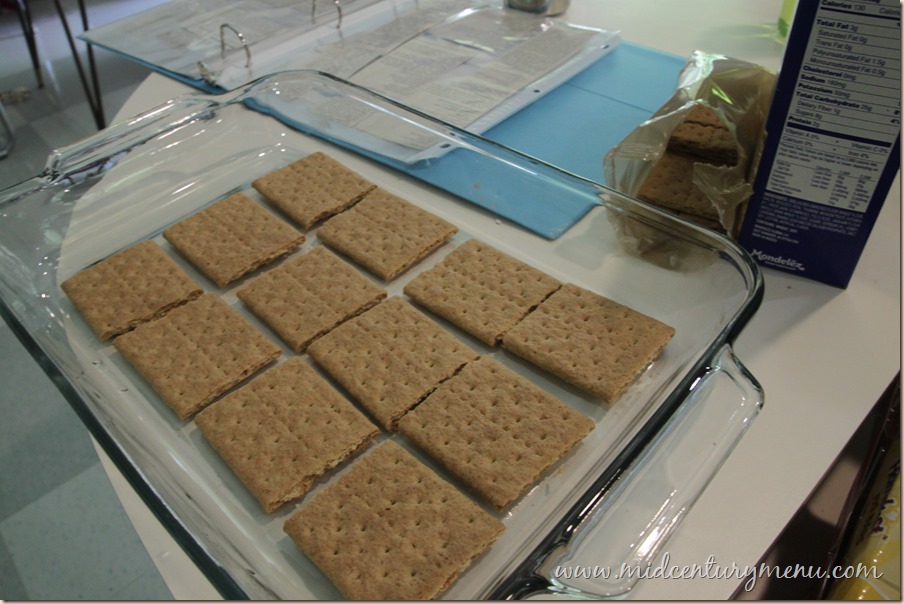 So, I find this kind of hilarious. When I previously made a bar cookie that called for whole graham crackers, I put the crackers too close together, which made the whole deal not stick together properly and basically ruined the cookies. This time I tried to learn from my mistake and gave these guys some breathing room. 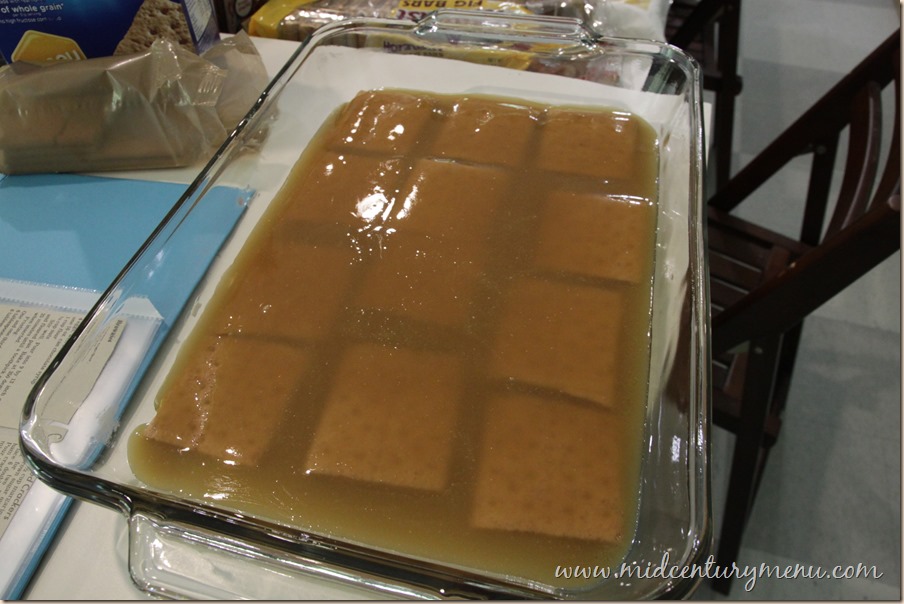 Which, as it turned out, was the completely wrong thing to do. AGAIN. So, if you are making this, make sure you cram those crackers together as much as possible. 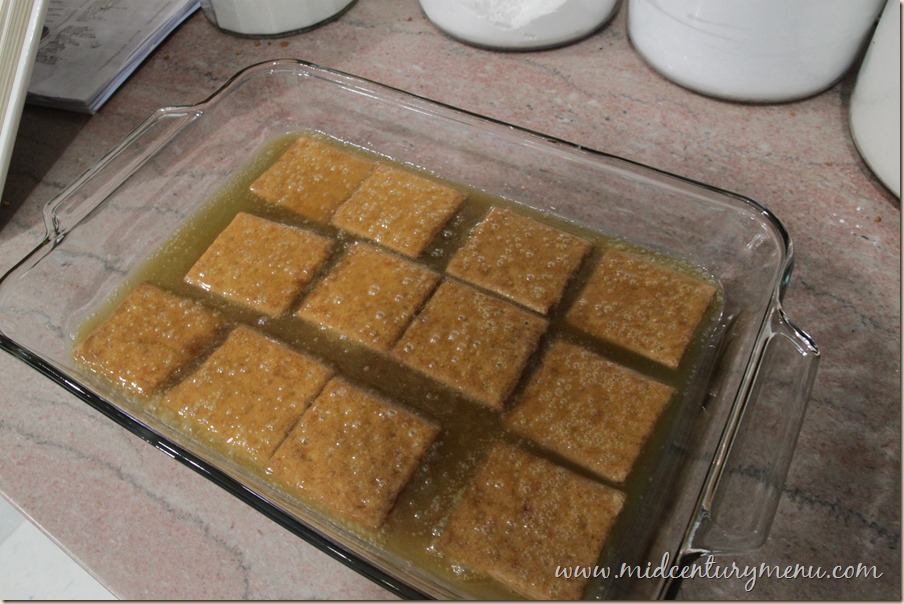 But they seemed to come out okay in the end. I think. Honestly, they were just floating in the syrup, so I don’t really know what that means. 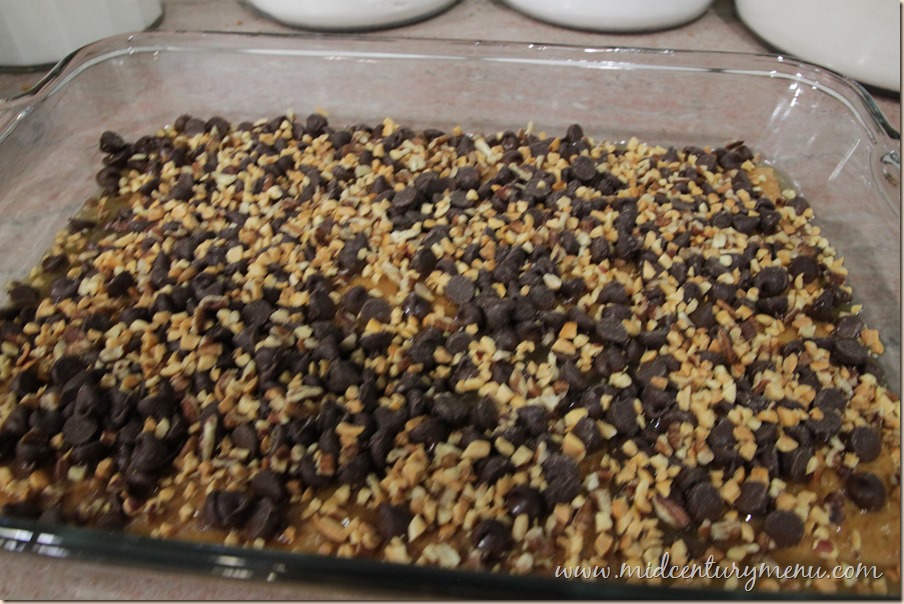 But then they were covered in chocolate chips and nuts, which hid my mistake with deliciousness. 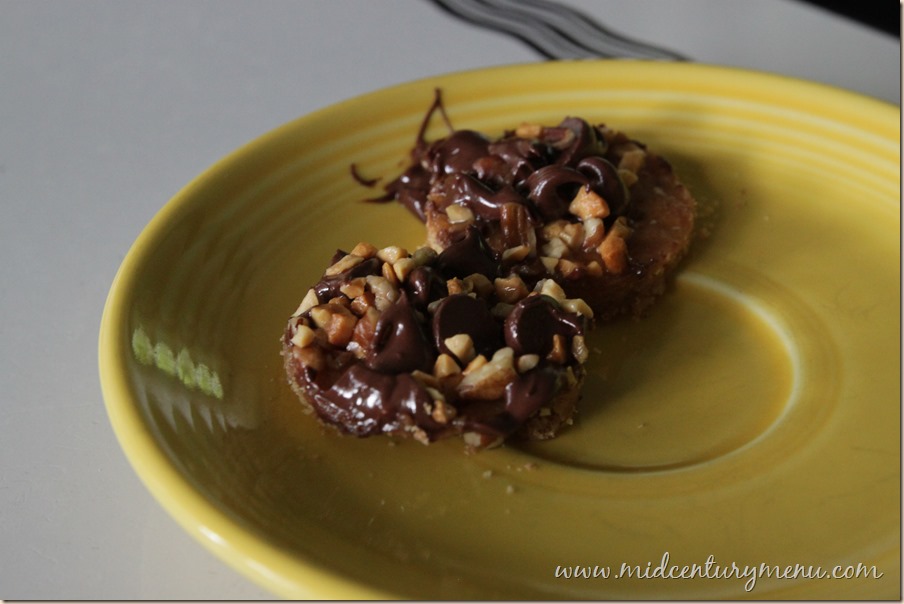 I used some little round cookie cutters to cut out a few shapes from the graham cracker halves, but overall the boiled sugar topping stayed pretty sticky even after cooling, so I wasn’t able to cut them like a bar cookie.  And when you tried to lift out the cracker pieces whole they crumbled. 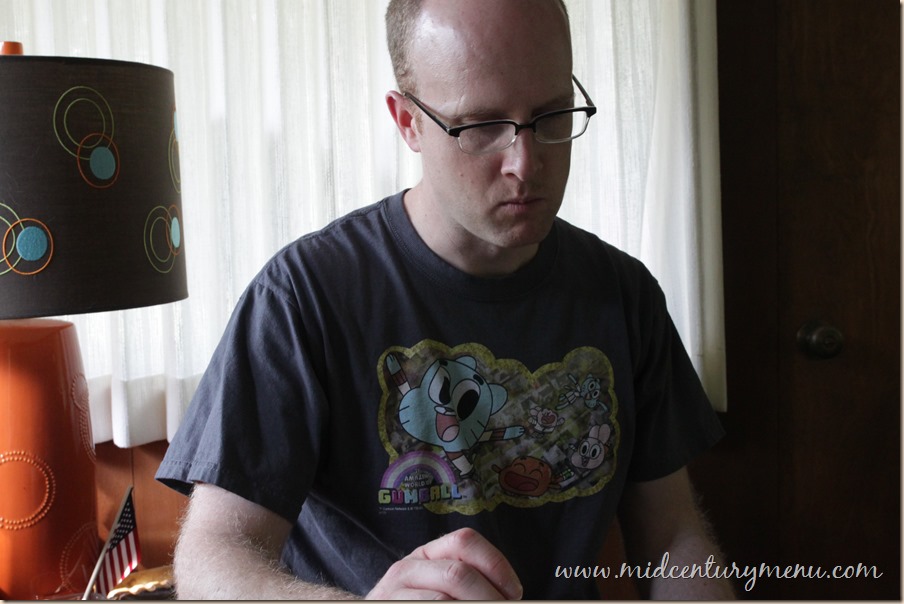 “What is this? A graham cracker?”

“Well…it’s a graham cracker with chocolate chips on it. So, yes.”

The Verdict: Really Good if you like graham crackers!

From the Tasting Notes:

These were really good. Very sweet with a slight toffee flavor and delicious with the chocolate and nuts, but very difficult to cut and eat. In the end they were basically just fancied up graham crackers. However, I made these and two other kinds of bar cookies for a 4th of July party, and these were by far the favorites, especially among the kids even though they were difficult to eat. So if you want to make them, make sure to use the right amount of graham crackers and make sure you cram together as many crackers in the pan as you can before pouring on the boiled sugar!