The first time I made meatloaf for Tom, it was a great meal. Perfectly browned meatloaf, creamy mashed potatoes, and chocolate cake for dessert. As we sat down and I started plating food, I was feeling pretty proud of myself. Pretty proud of myself until I placed a piece of meatloaf on Tom’s plate, and he stared at it like I had just thrown down a handful of mud.

He poked it with his fork. “What is this?”

I was speechless for a moment. Then I choked out, “What do you mean, ‘What is this?’ It’s meatloaf!”

“The bread one. You know, the layer with the bread.”

“Meatloaf doesn’t have a bread layer. The bread gets mixed in to the loaf.”

“It does too have a bread layer! It sucks up all the good stuff and it’s, you know, delicious.”

“I have no idea what you’re talking about. Also, you’re crazy.”

“I’m not crazy and this isn’t meatloaf.”

“And now you don’t get any chocolate cake.” 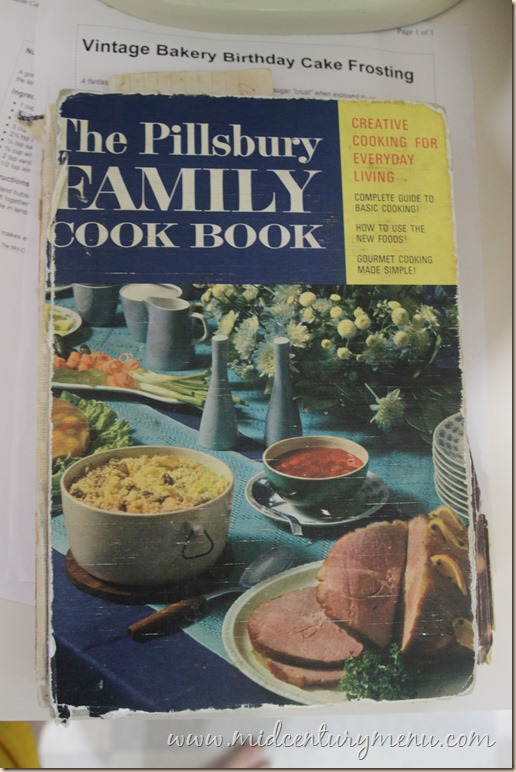 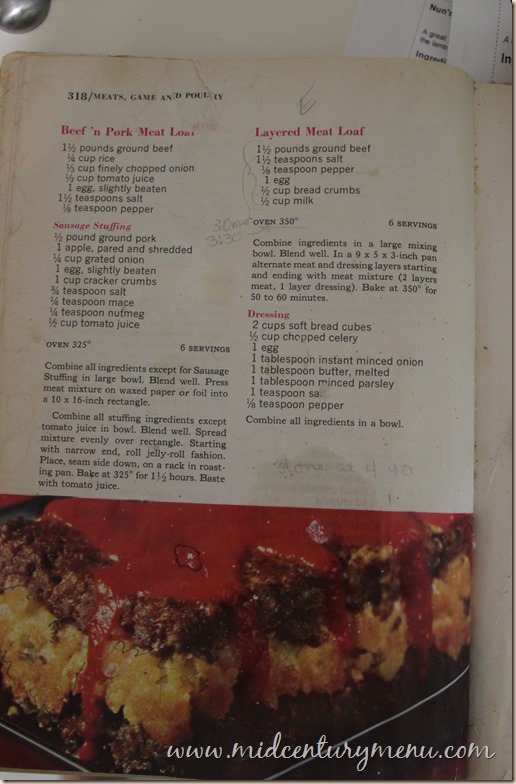 We have photographic proof. There IS a bread layer! 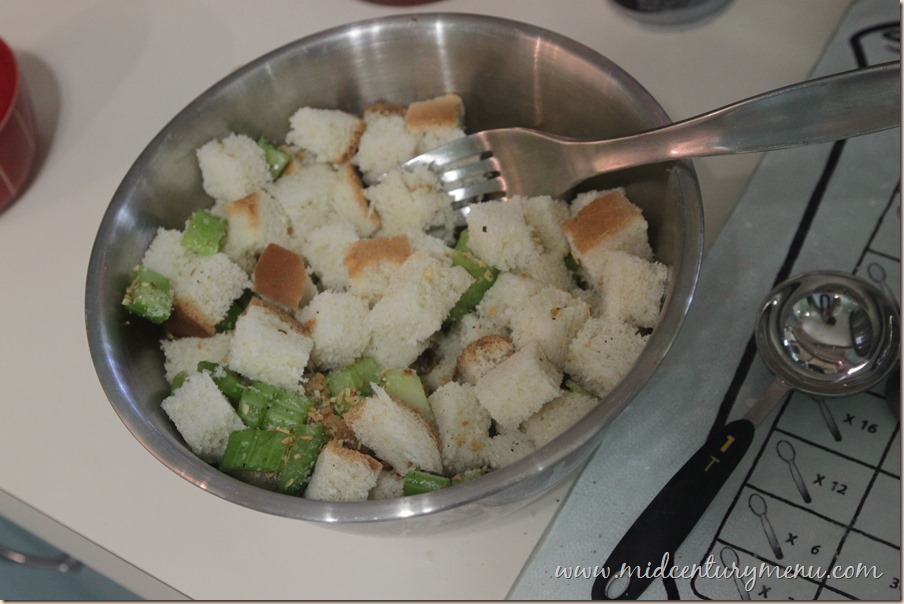 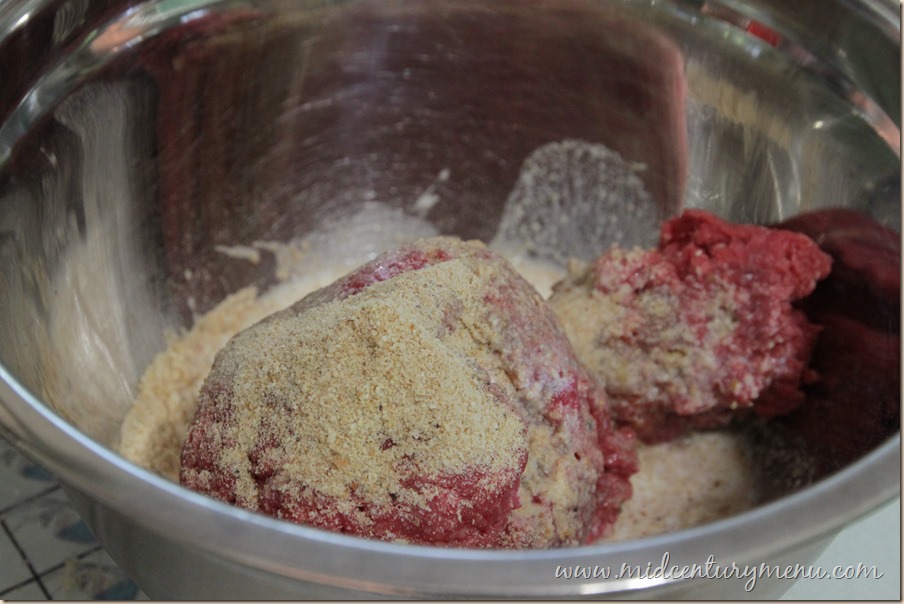 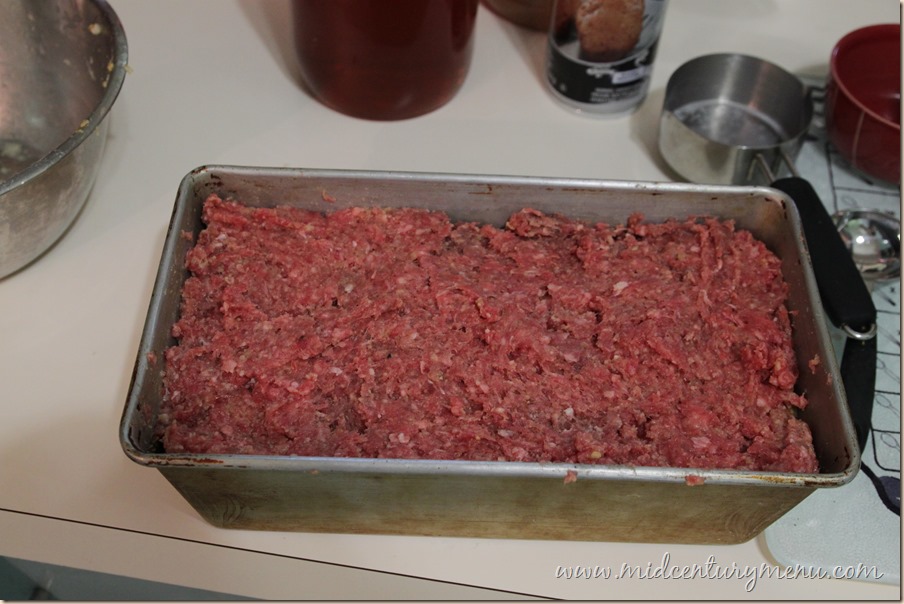 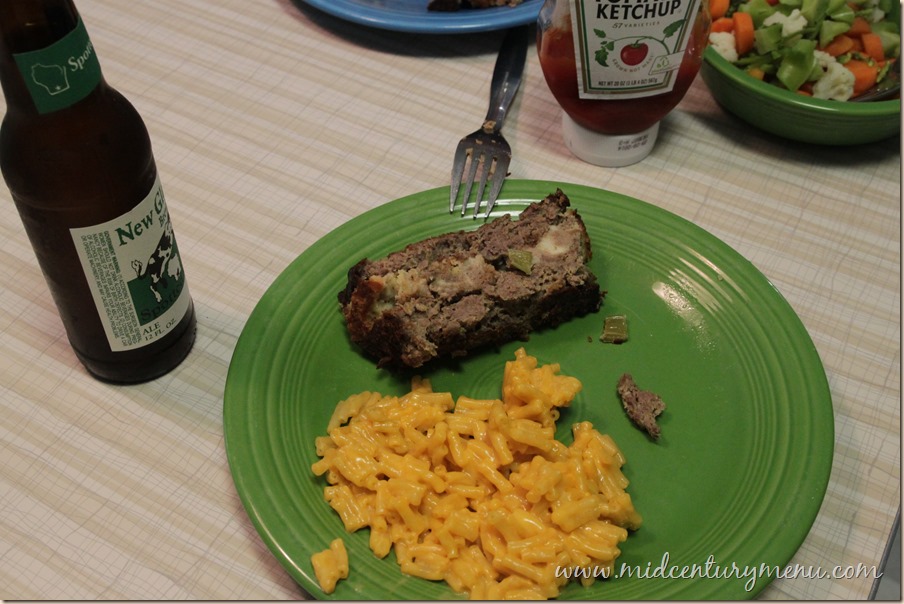 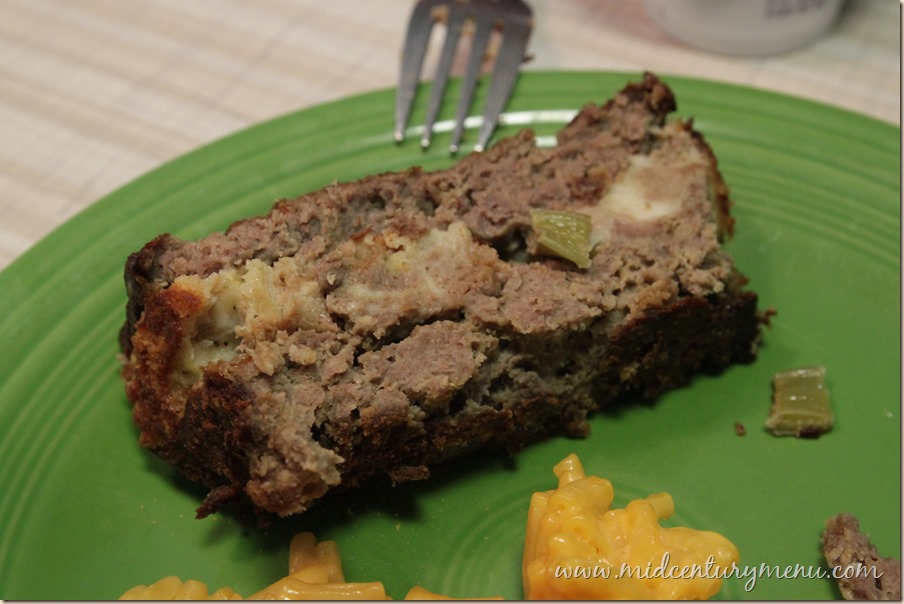 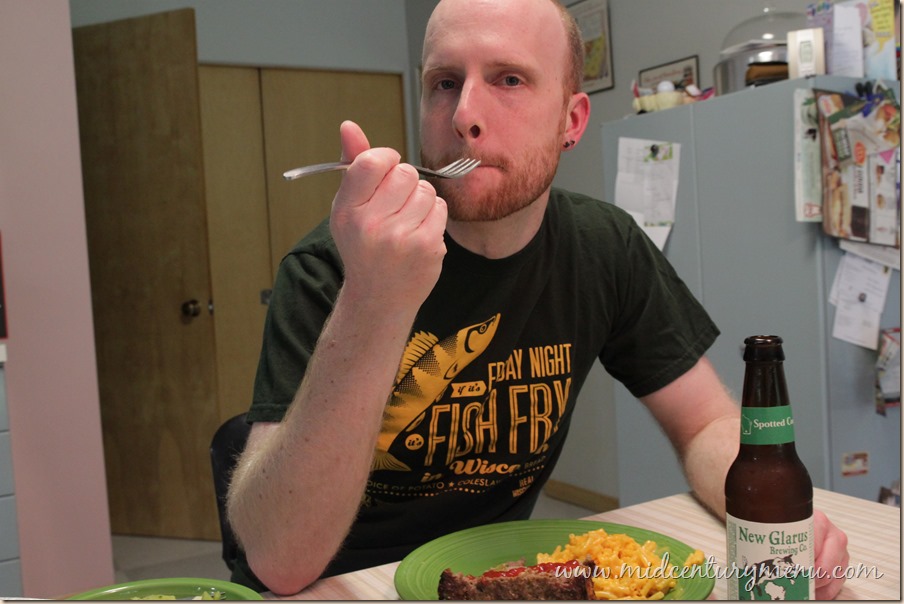 “Are you finally happy?”

“Now this is meatloaf. Isn’t it good?”

“Yeah well, you still don’t get any chocolate cake.”

From the Tasting Notes:

Very good meatloaf! The actual “meat” part of it was really, really good and tasted exactly like what you would expect a good, classic meatloaf to taste like. But while Tom was in raptures over his beloved “bread layer”, I didn’t really care that much for it. However, I also don’t like bread stuffing in a turkey either, so I think it is just my general dislike for soggy bread. Tom gladly took my portion of the bread stuffing and ate it up while I ate the “meat” layer like crazy. This meatloaf was eaten all in one meal! Thanks, Ma!