Don’t know what to do with your turkey leftovers?? Well, the Mid-Century Menu is here to bail you out with our cardinal mid-century cooking rule:

When in doubt, add gelatin and pour it into a mold! 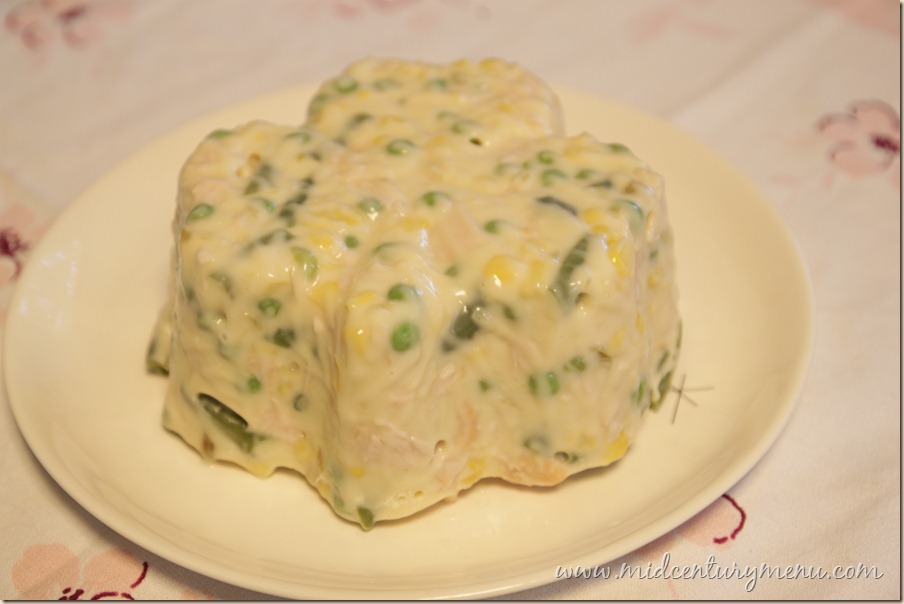 This recipe was submitted by Sean during our gelatin contest. He submitted three, but I have to admit, this is the one that caught my eye. 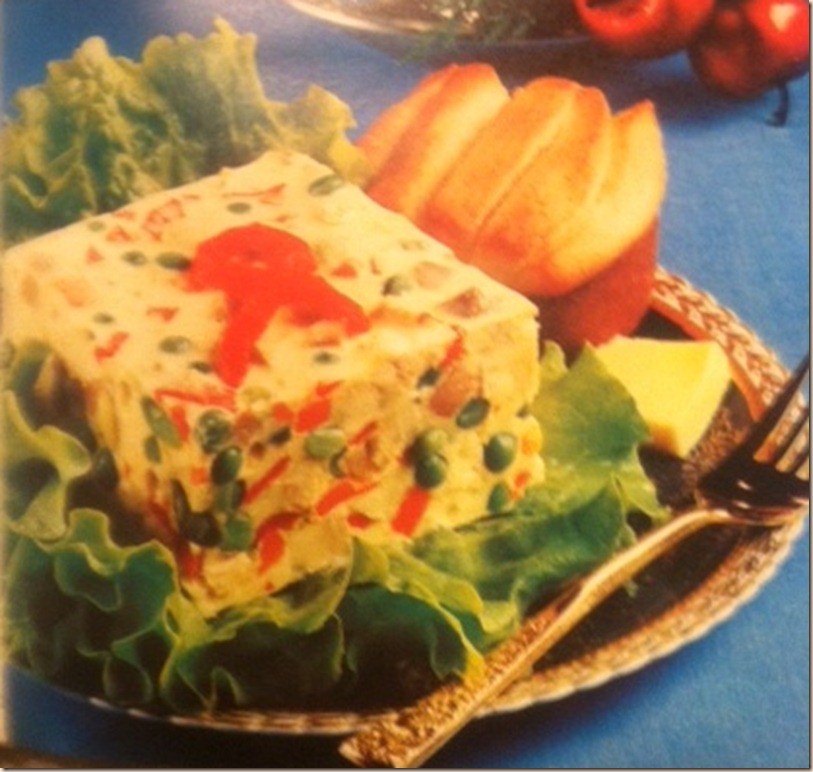 I ran across this gem in my 1975 Carefree Cooking with Aluminum Foil cookbook – This one gets extra Points because it includes a color photo – how its supposed to be appetizing I just can’t fathom – the peas and carrots in gelatin and bits of Turkey? Plus the last line of the recipe just blows me away: "…place frozen block of jellied mixture in the refrigerator" Yikes!

All the Best,
Sean 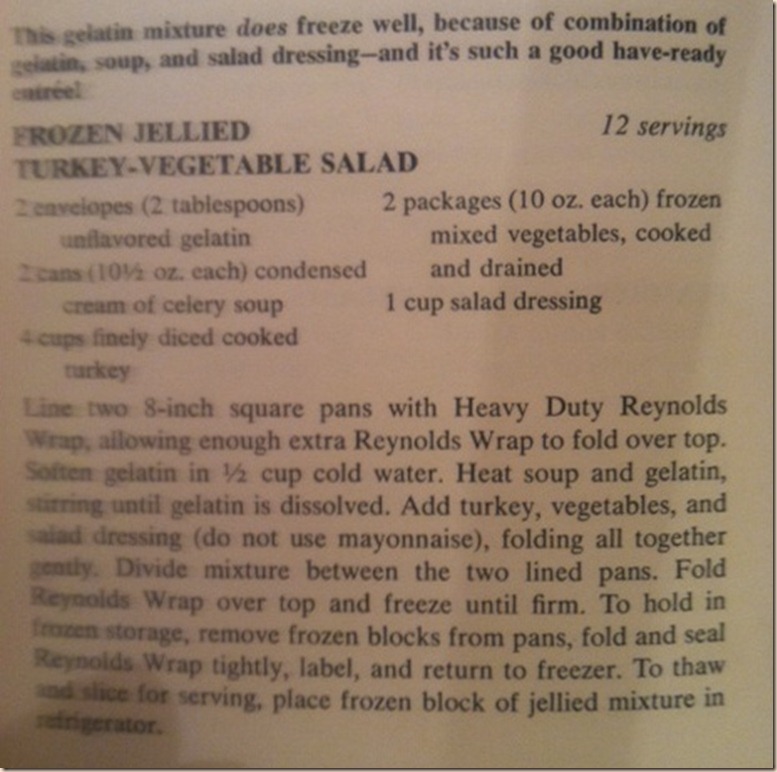 Oh man! When the food is referred to as a “frozen block of jellied mixture” you KNOW this is going to be good. 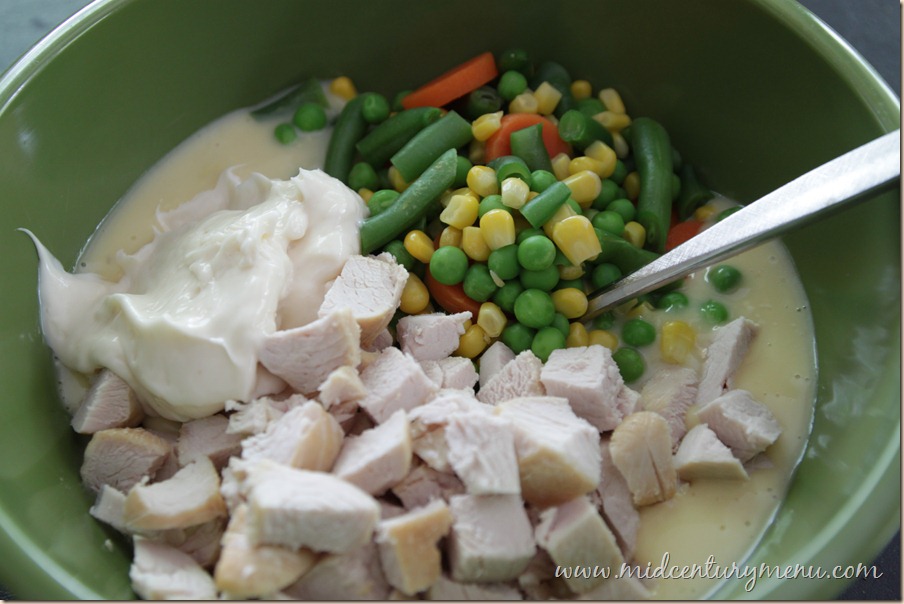 Not that these are bad ingredients. In fact, this probably looks like about half the leftover turkey casseroles at everyone’s house right now.

Oh, and a small side note: I halved this recipe. I mean, come on. I can only take one frozen block of jellied mixture at a time. 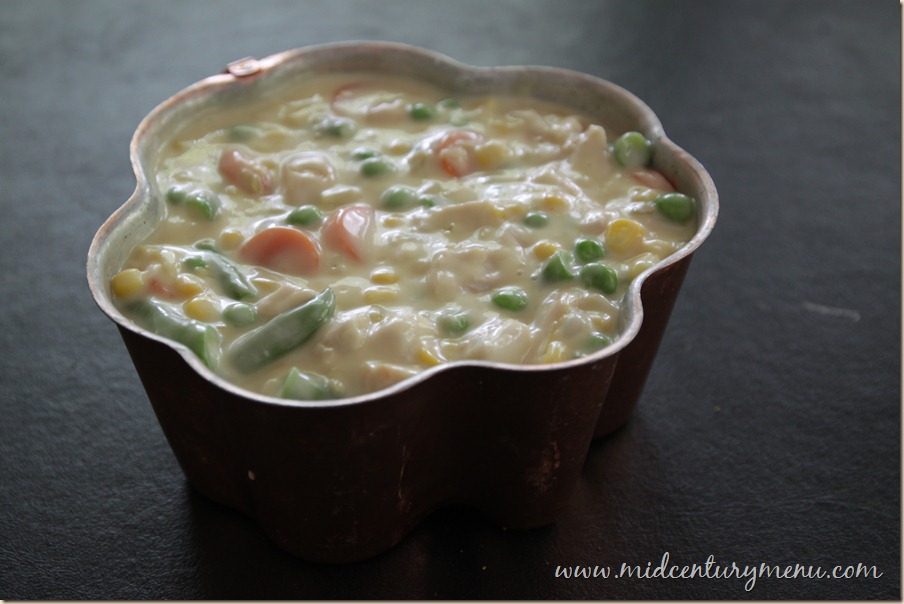 Not that this ever got frozen. I just glopped it into the mold (my adorable clover mold!) and chucked it into the fridge. It was incredibly easy to make. 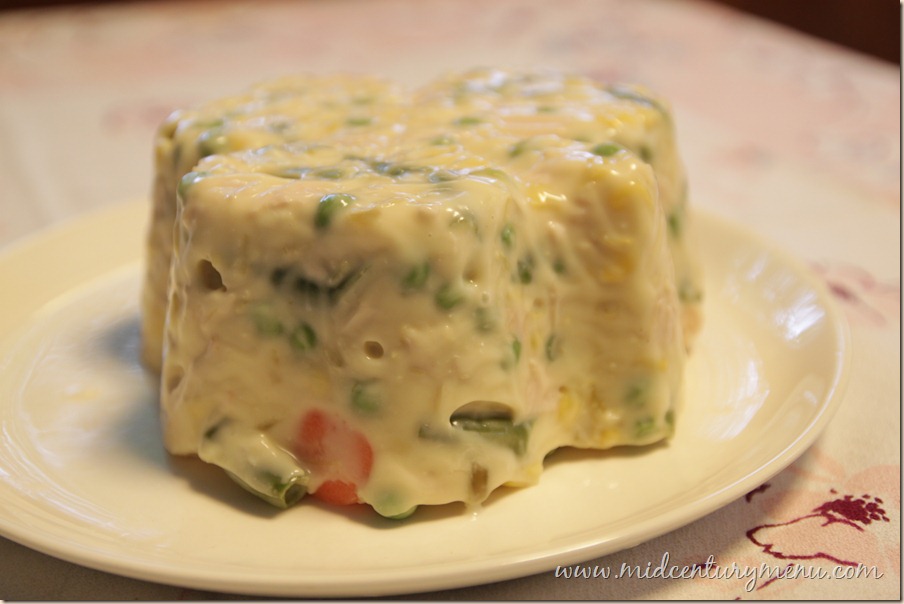 And sort of amazing when it was un-molded. It looks like the inside of a casserole or a pot pie suspended in space. Zero gravity filling, thanks to the power of Jell-O. 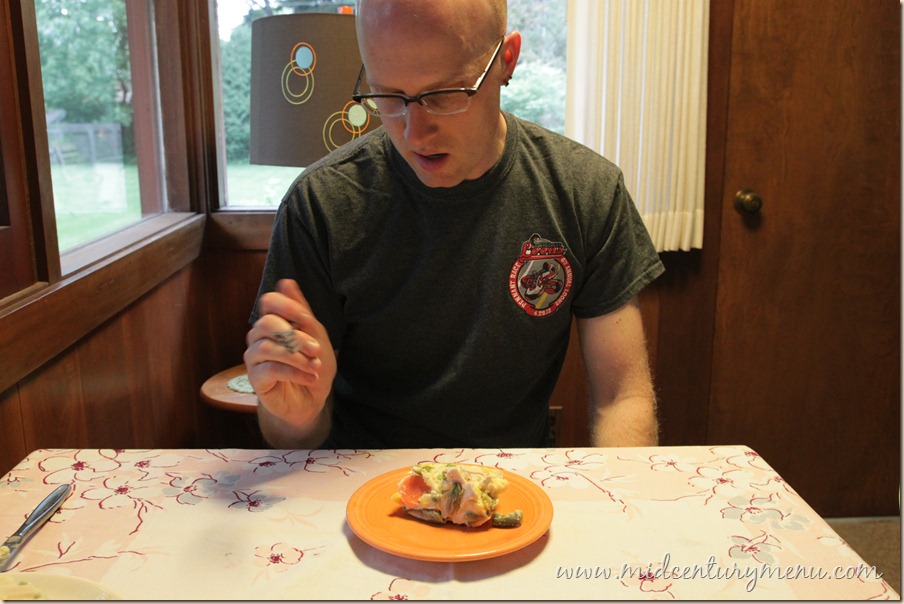 “I don’t even know why we do this anymore.” 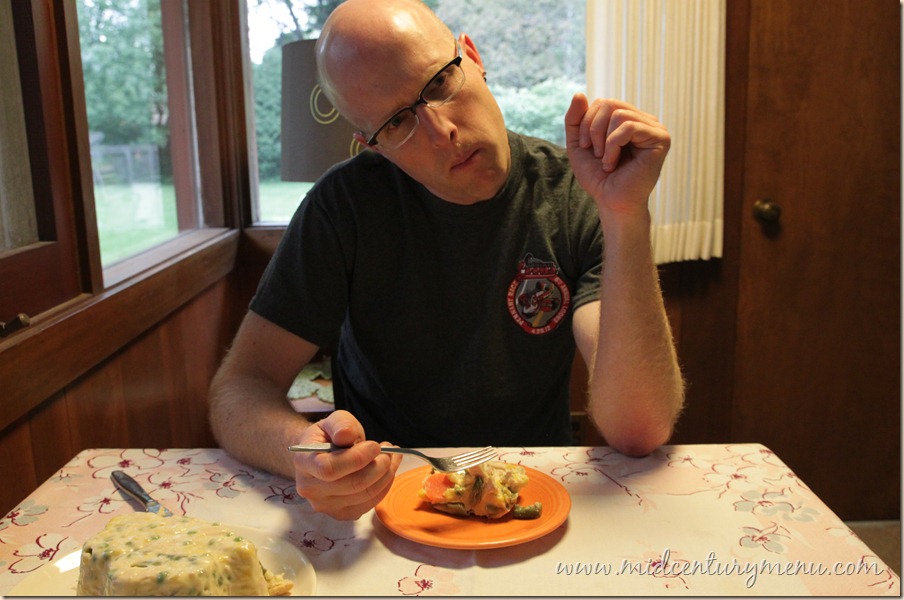 “Why would someone do this?”

“No. It tastes like the cold insides of a turkey pot pie. Why would you go through all this molding garbage when you could just make a pot pie?”

The Verdict: Not bad

Like turkey pot pie without the crust or biscuits. And bland. Needs more seasoning, but not horrible.

Hope everyone had a great Turkey day and that your leftovers are not “frozen blocks of jellied mixture”!