This is it! The last of the four “Worst” recipes from the Gelatin Contest submission. It’s been pretty terrible so far, but I have to admit we saved the strangest one for last!

Which is messed up. 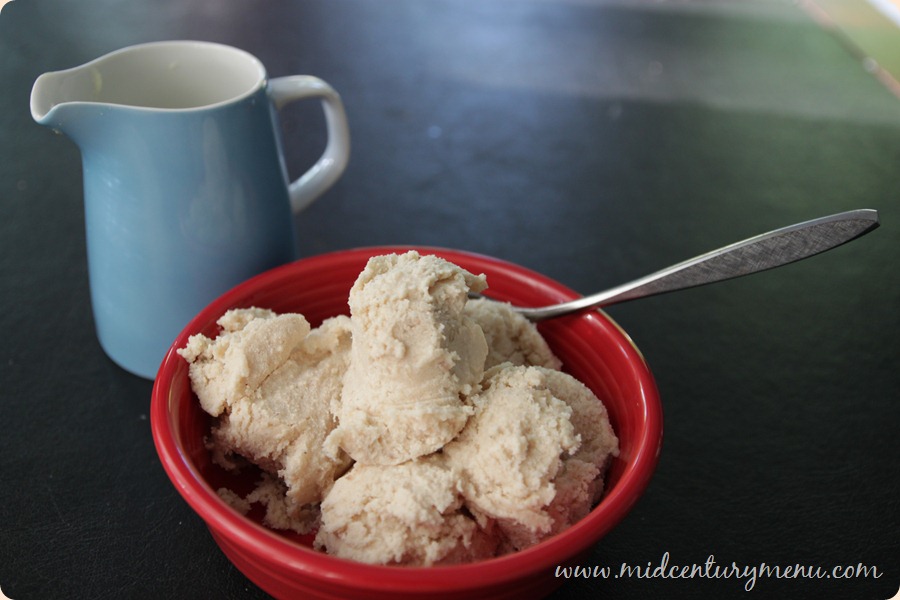 Hi Ruth,
Here is my entry for the gelatin contest. It came from a book we have that I believe is from the 1950’s. The title is "Secrets of Making Frozen Desserts". All the recipes in the cookbook require an "ice cream freezer" (ice cream maker). So when it says "freeze", they mean in an ice cream maker, not just in the freezer. So here goes…
Best of luck and let me know how it tastes if you are brave enough to try it!
Michele D.

Wow. You know, I have to say that I have never ever ever come across a recipe like this before. Never.

Probably because this is a really bad idea. 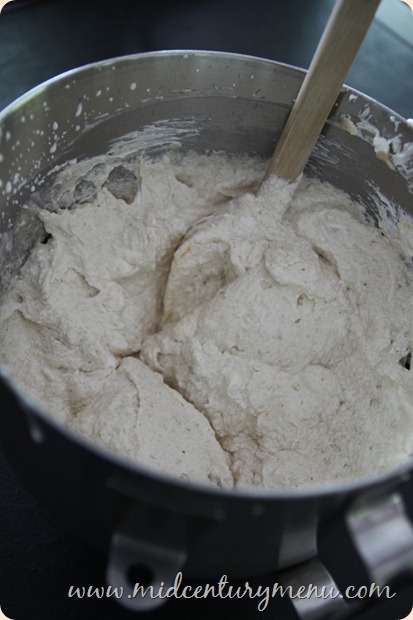 Also, why did this come from a cookbook about desserts? 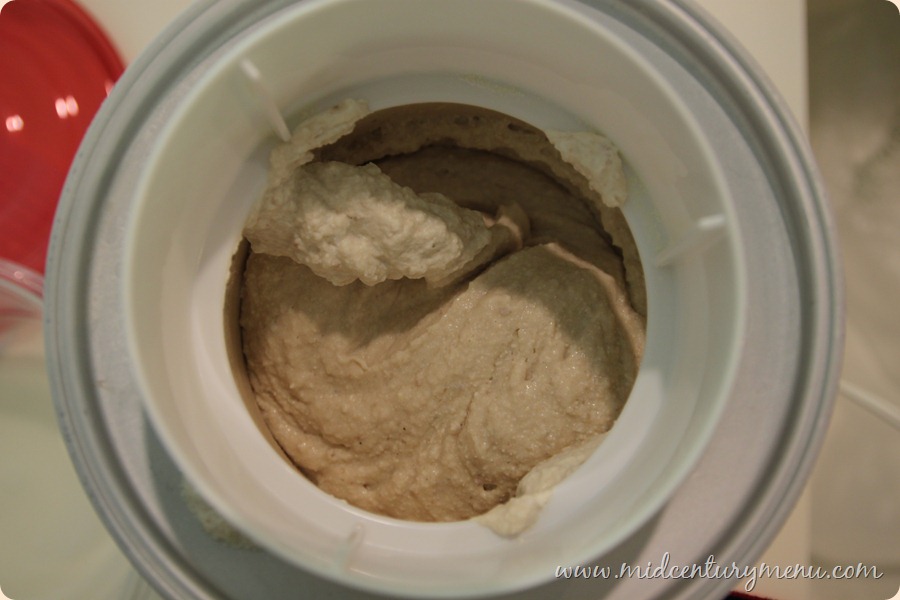 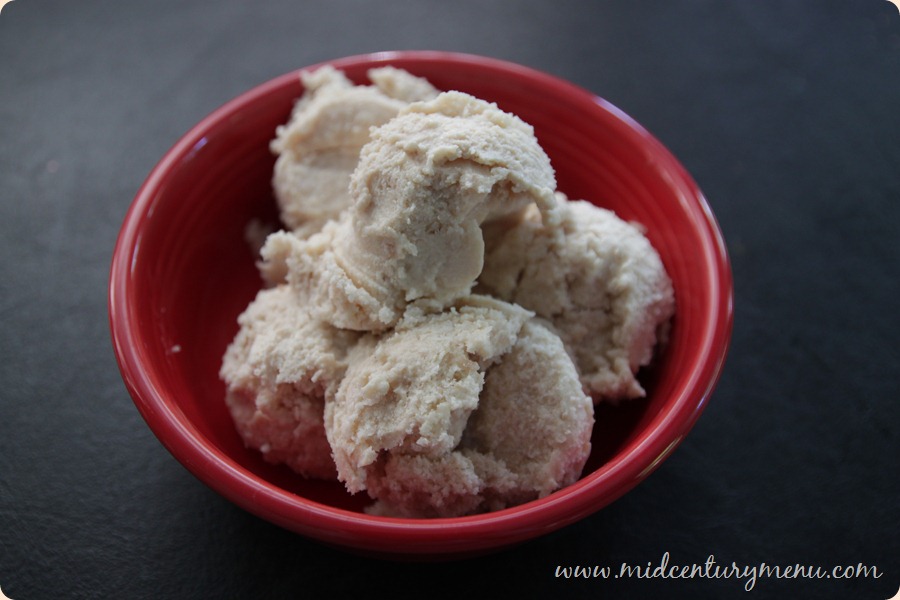 At least it turned out sort of okay looking. It was very icy, so I had to dip my ice cream scoop into hot water quite a bit to make it look half-way presentable. You can see in the picture the huge cracks in the scoops. 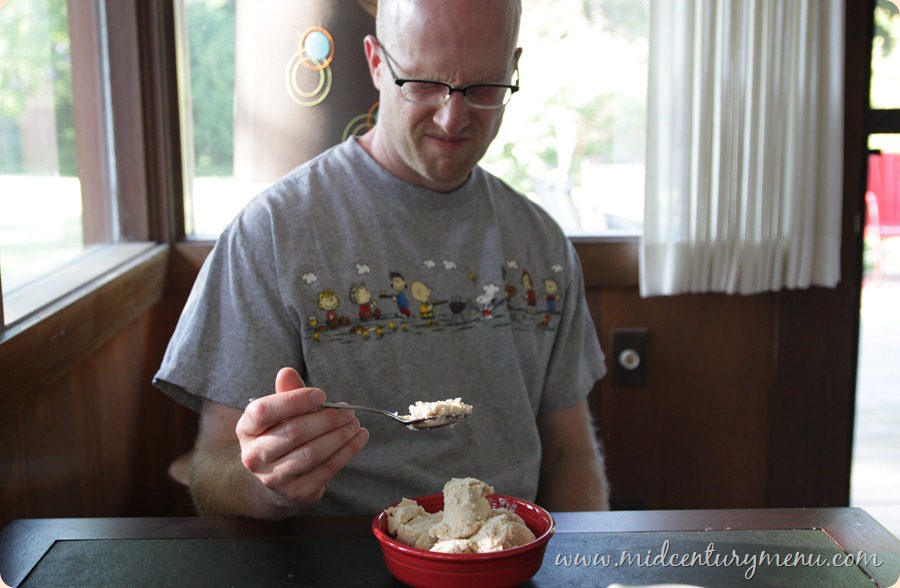 Getting himself psyched up. 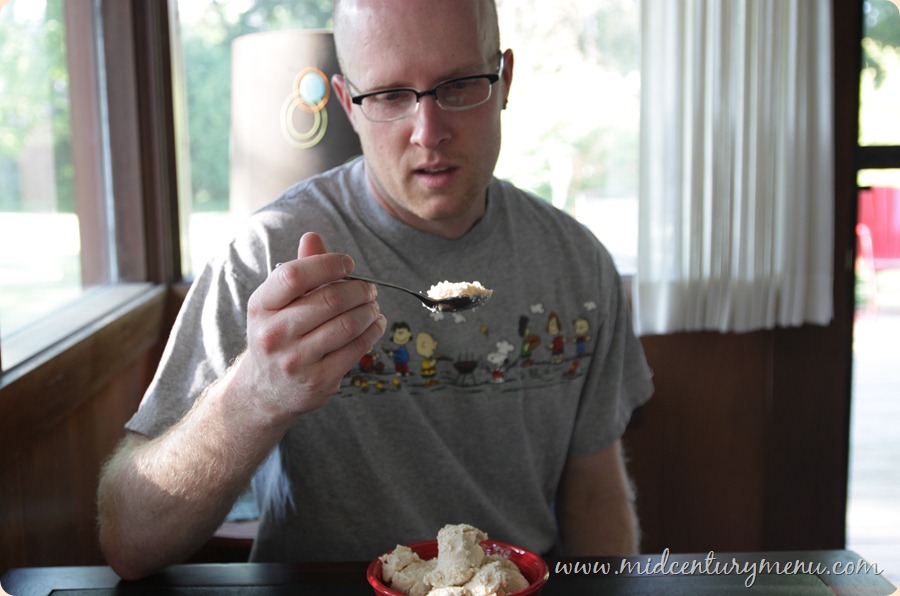 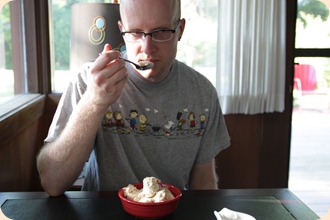 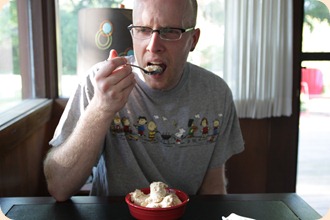 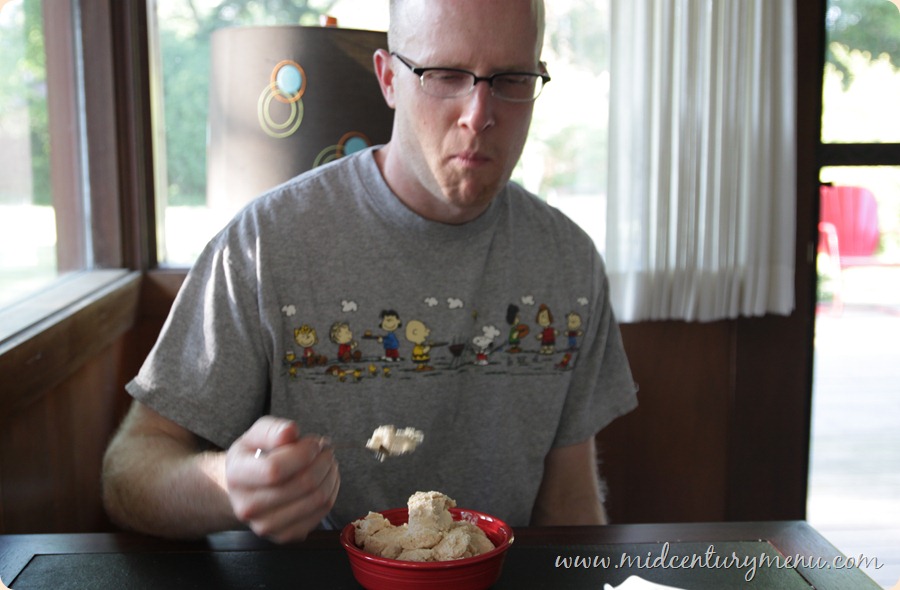 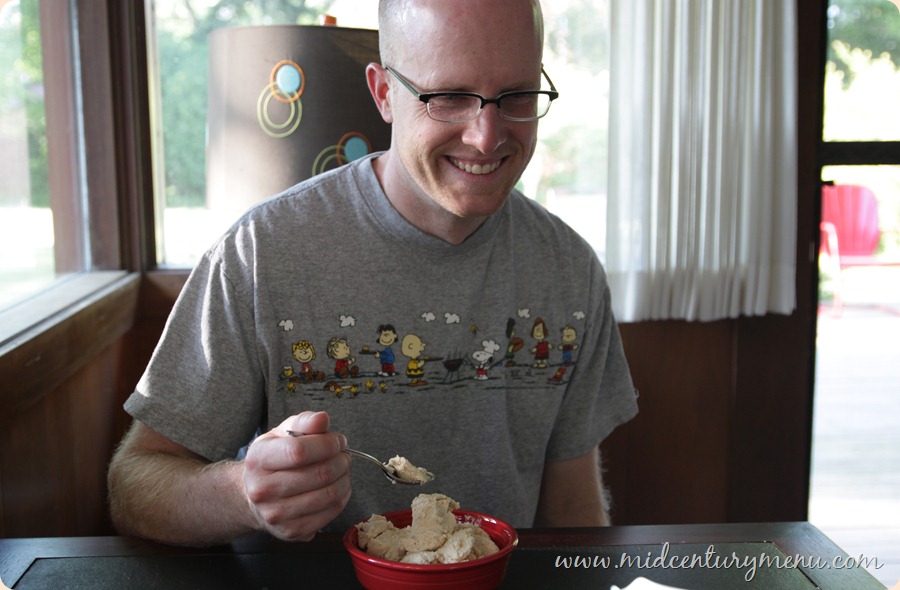 At this point, we both pretty much broke out into giggles because, well, we were eating chicken ice cream! And at this point the cats started kicking up a fuss because they smelled chicken and we were eating something. So, we decided to give them a taste.

For your viewing pleasure: Zoe tasting the ice cream! 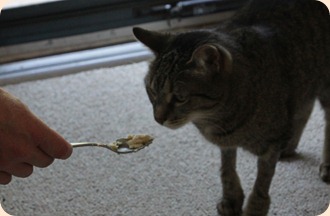 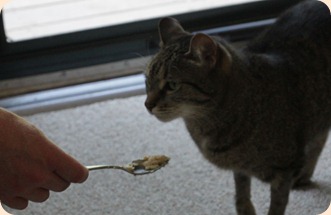 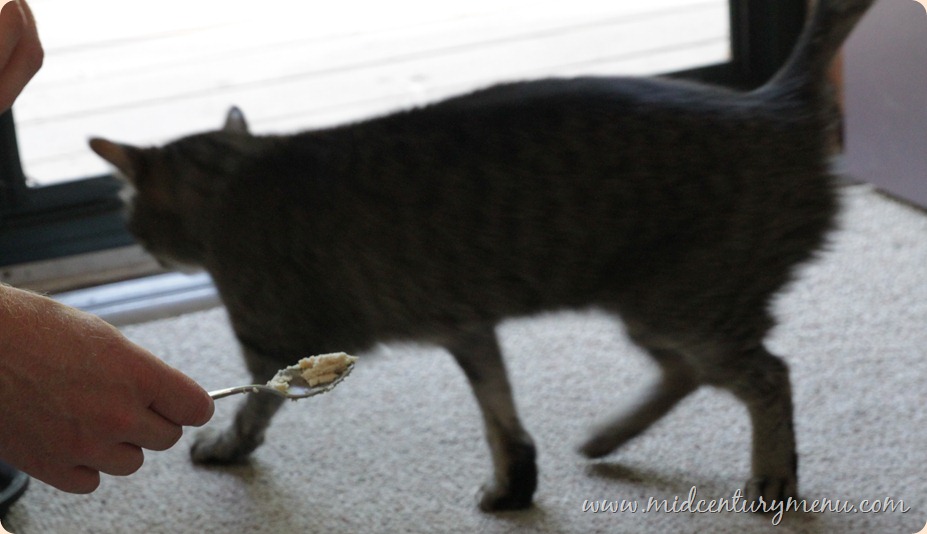 The Verdict: Good balance of spices and nice roast chicken flavor, but it is ice cream so that was part of the problem. Too weird to really be enjoyable. Would have been much better made into pate! The texture of this thing frozen was just bizarre. Even when it was thawing, it didn’t really melt at all, it just became this fluffy, congealed mess.

Whew!!! Thanks for the awesome submission, Michele! Congrats on being the last of the “Worst” finalists!

*Update: Another great prize has been added to our stash! 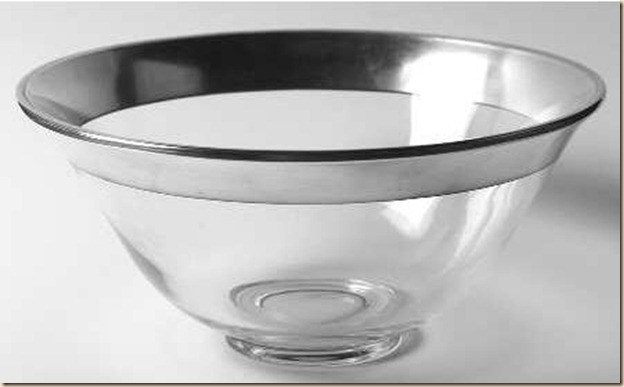 This is actually a picture of the bowl from Replacements.com because Brigitte is currently polishing up her bowl for one lucky winner. Thanks, Brigitte!

Make sure to come back next week for a special Fourth of July Mid-Century Menu surprise post AND to vote on who should be the “Worst” Grand Prize Winner!

*Disclaimer: This awesome bowl is being provided at no cost to me by My Nifty Thrifty!