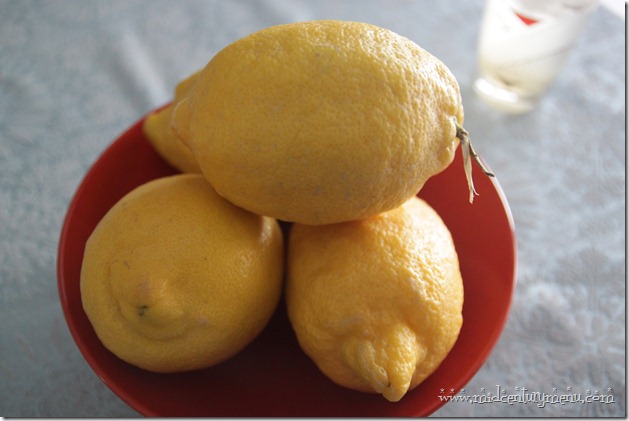 Sara in AZ, my fellow writer from No Pattern Required, recently sent me an enormous box of the biggest lemons I have ever seen in my life.

And we all know what to do when life (or Sara) gives us lemons, don’t we? 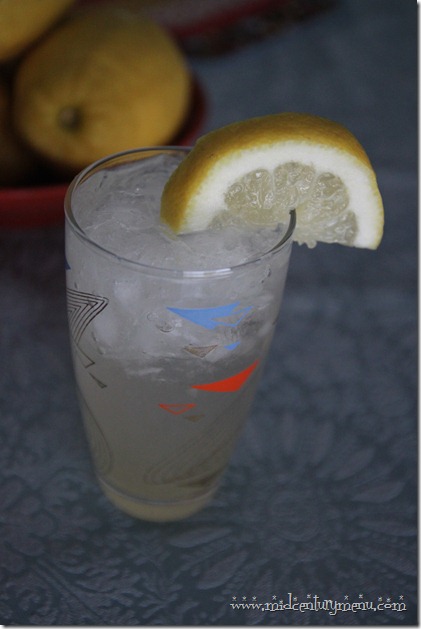 And, if it’s the Mid-Century Menu, you make Spiced Lemonade.

This recipe is from a fantastic book I just picked up, a la Rector: Unveiling the Culinary Mysteries of the world-famous George Rector. I have to say I am really pumped about this book. And not in my usual “look-how-disgusting-this-looks” way, but in a “I-can’t-believe-I-found-a-piece-of-culinary-history” way. George Rector was actually a world-famous chef (it’s not just lip service on the book!) during the 1930’s who cooked for scads of celebrities and famous people of his day. He is also really well known for his salads, and I am very excited to try out the dressing recipes in this book. 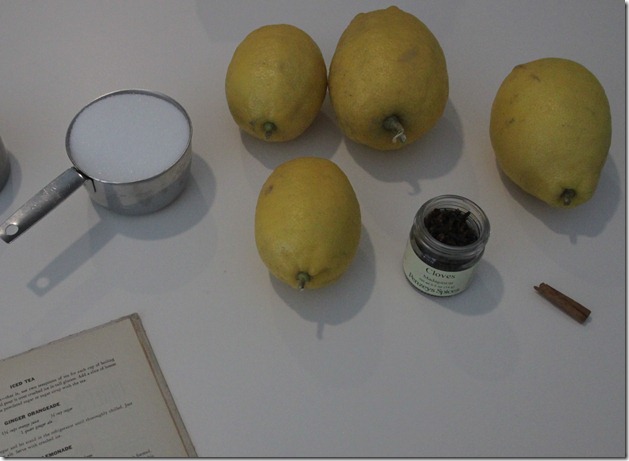 And Tom totally deserves the props for making this one. Seriously!! We were getting ready to have dinner guests and I was running around like a chicken with my head cut off, screaming for ironed napkins or whatever I had decided the dinner party needed at the last minute. Tom graciously responded to my screeching by starting the syrup for the lemonade. 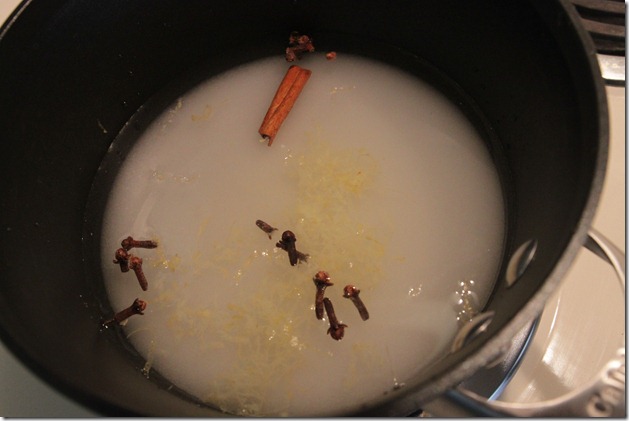 Not that he didn’t complain about it. But I couldn’t hear him over my own panicking, so this time his complaining really did fall on deaf ears. 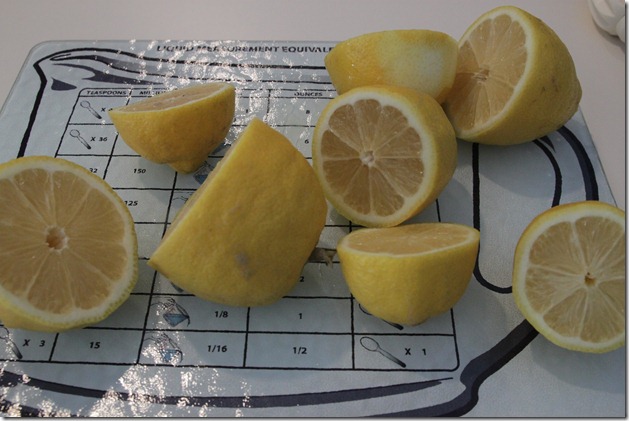 Look at those lemons! I swear some of them were the size of grapefruit. 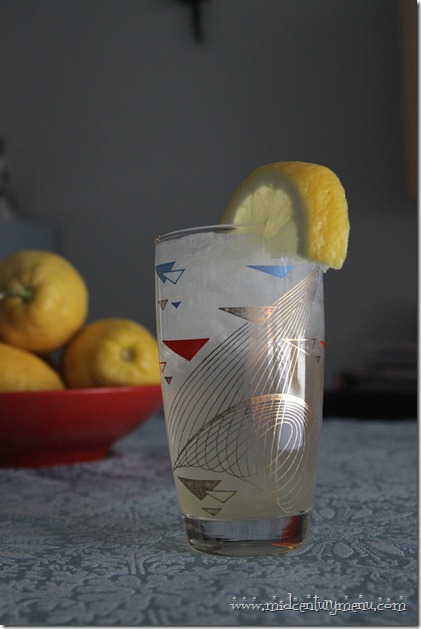 But, after everything died down and our guests left, we were still had some lemonade to try. 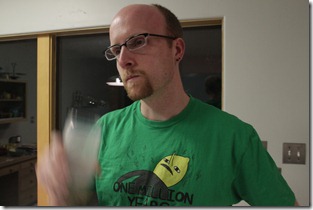 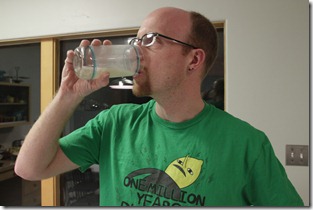 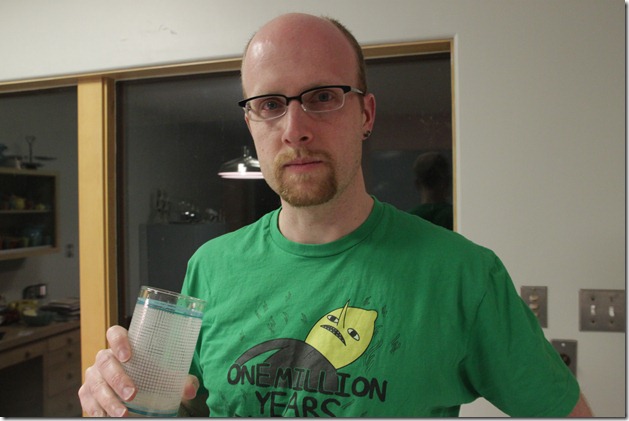 Some really, really good lemonade, as it turns out. 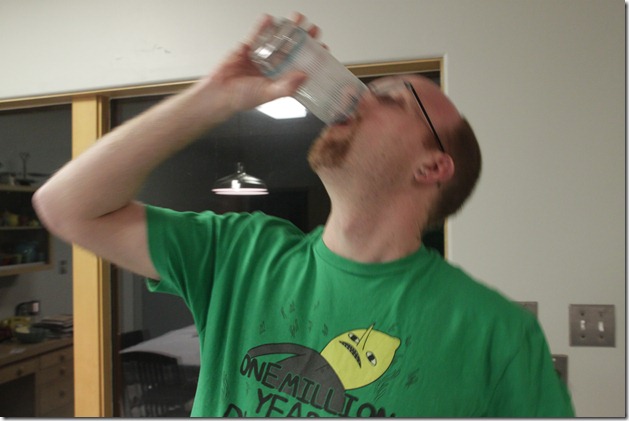 I really have to start making videos. It was great to watch him drain the glass in one gulp.

The Verdict: Really good. Different from usual lemonade. I totally didn’t think that cloves and cinnamon would be good partners with lemon, but it seriously was amazing. Tom liked his with ginger ale, since it was a bit sweeter, but I liked the kind made with plain water since I like a little bit of pucker in my lemonade.

And yes, that is a guy with a lemon head on Tom’s shirt!