But Tom and I had a whopper of a New Year’s Eve party to ring in 2012. And by “party” I mean it was just the two of us. And by “whopper” I mean we went to bed at 1o:oo p.m. I had to put those quantifiers in there just in case my sister is reading this and writes in the comments that I am a big fat liar.

Just kidding. I know my sister would never do anything like that. And by “that” I mean “read this blog”. 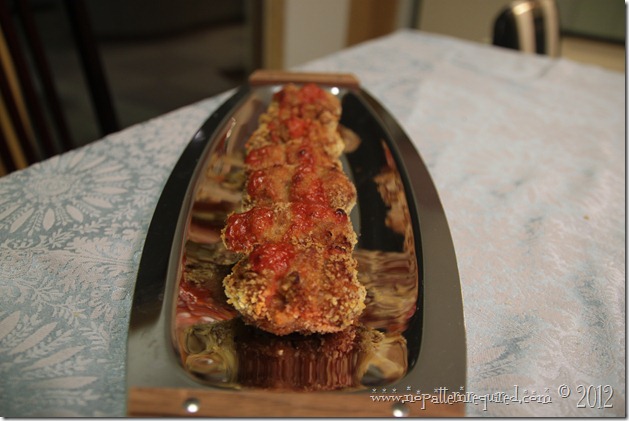 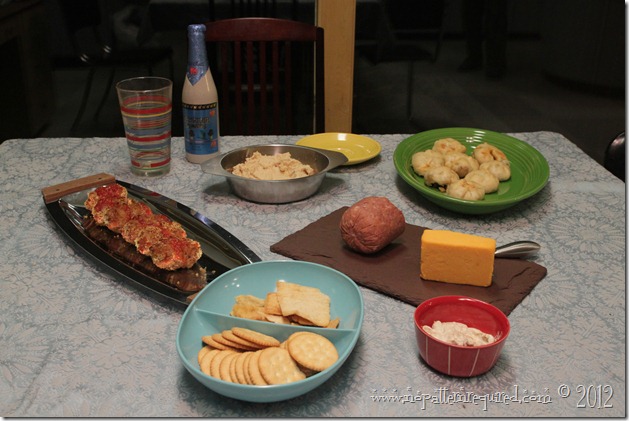 You might recognize this shot if you follow the FB page for the Mid-Century Menu. If not, this is our spread from New Year’s! You can see the Scotch Eggs in my ultra-cool Danish Modern serving tray, which I was excited to use. The silver bowl is full of Pure’ Madrileno. 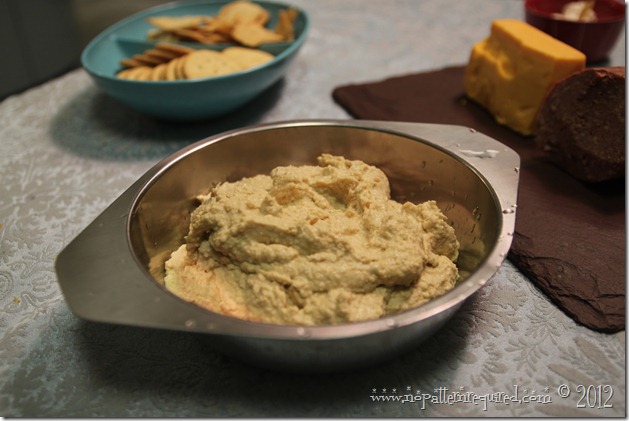 We found this recipes in an astonishing book called Worldly Entertaining Party Ideas From Around The World (Love that name! Not just world, but worldly world!) which was put out in a blazing moment of genius by Lipton. 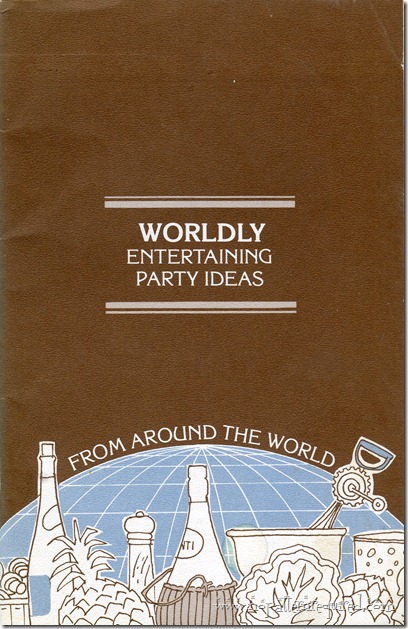 In it they claim you can easily recreate foods from around the world by adding dried soup mix to a variety of random food. 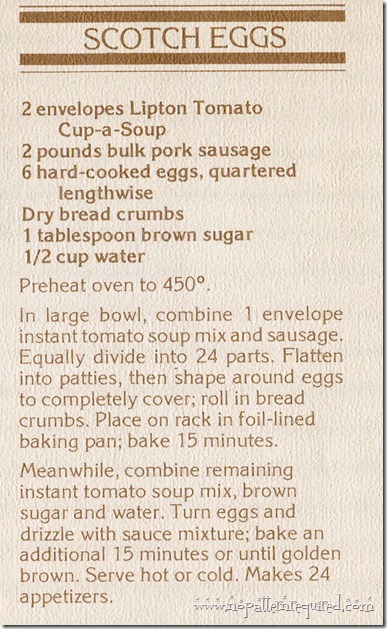 Of course, we were all over this idea. 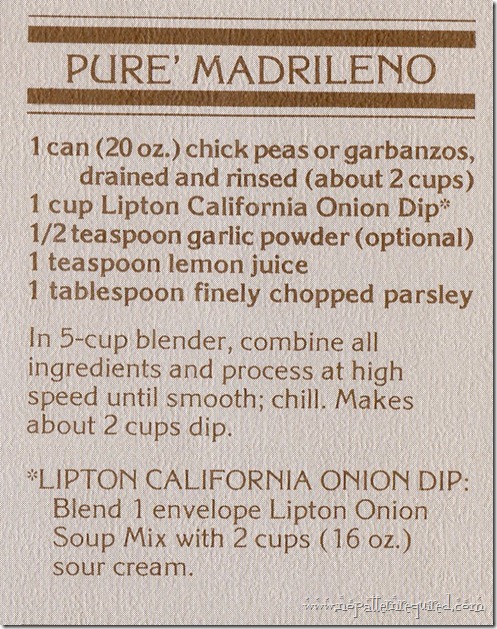 In fact, we planned our whole “party” around it. 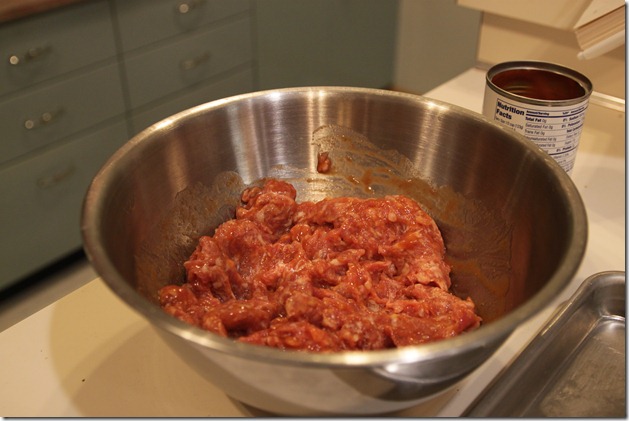 And it wouldn’t be a party without a bowl of raw meat!

Just a note: I couldn’t find tomato cup of soup in my store, so I used condensed tomato soup and omitted the extra water. 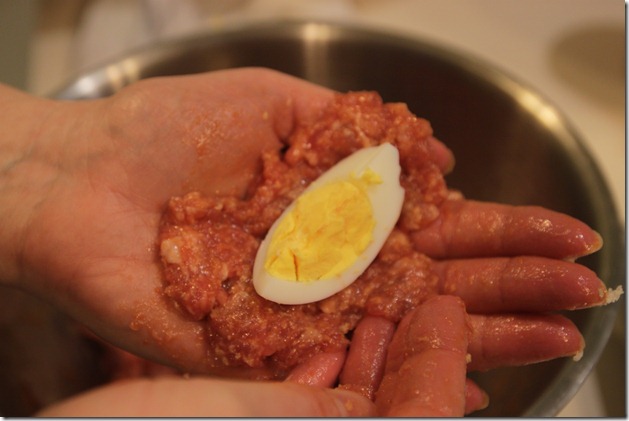 I would like to say that I was gazing down at this egg and thinking about how it was a good metaphor for rebirth in the new year, but all I was thinking about was how cold and slimy the sausage was, what a pain it was going to be to wrap it around the egg. On top of that, the whole time I was harping at Tom to hurry up and take the picture.

You know, maybe that’s the metaphor for the new year. Huh. 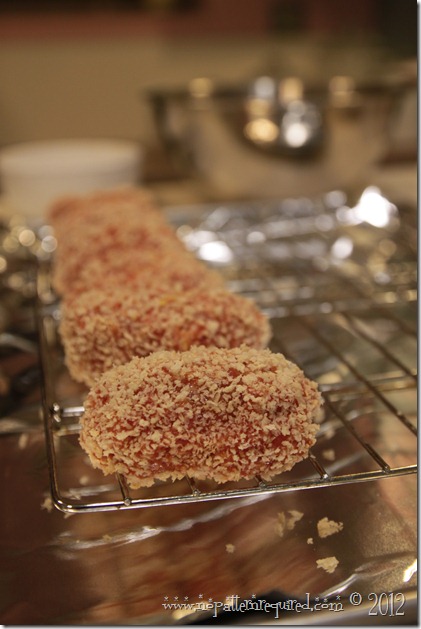 Kind of adorable, I think.

Or maybe that’s all the soup talking. 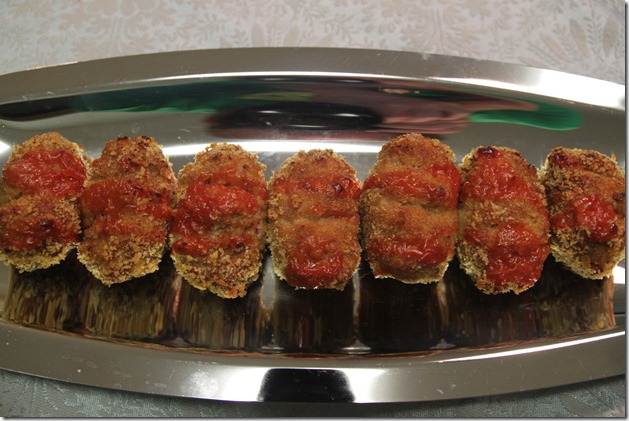 “This is going to be awesome. I drizzled tomato-soup glaze over them!” 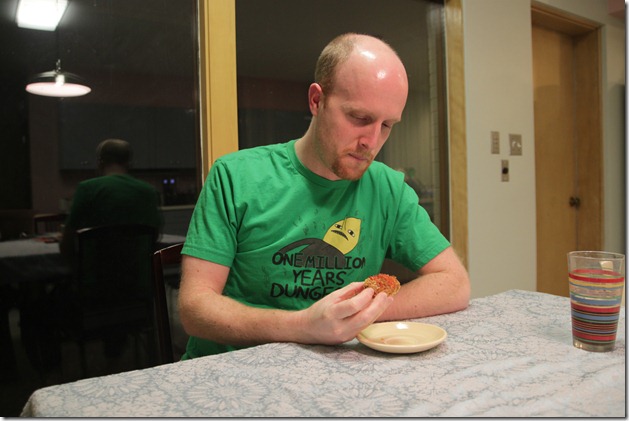 He’s trying not to laugh. 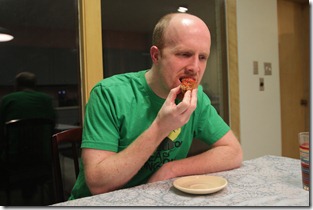 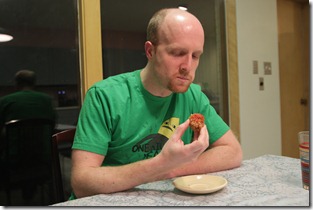 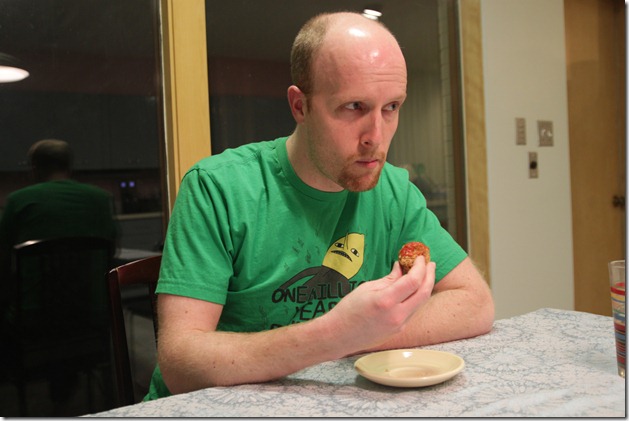 “Actually, these are pretty good. They taste a little like Scotch Eggs.”

And then, it was on to the Madrileno. 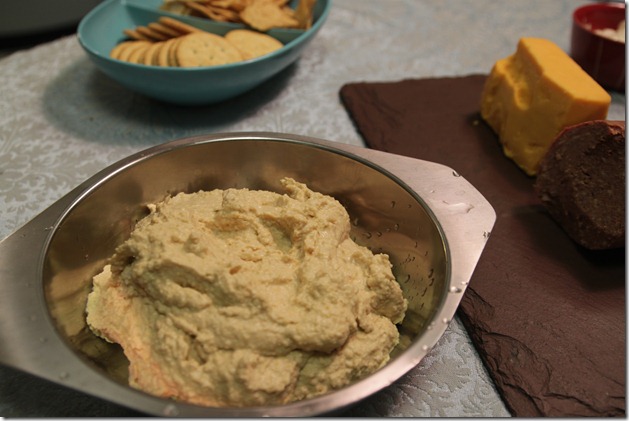 I forgot to take a picture of making this, but there wasn’t much to it. I just threw everything into the blender and mixed it up. Nothing special, except I got to eat the rest of the Lipton Onion Dip when I was done. 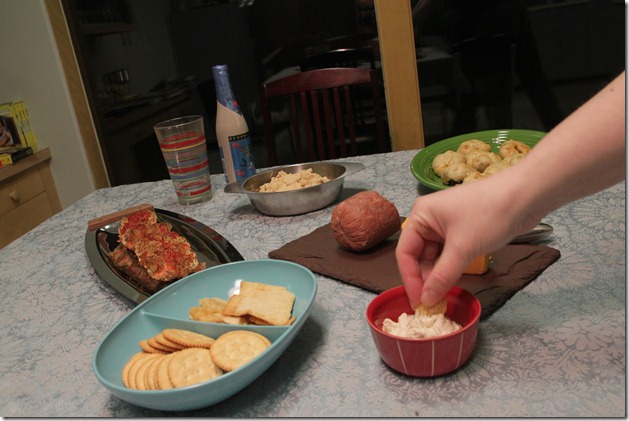 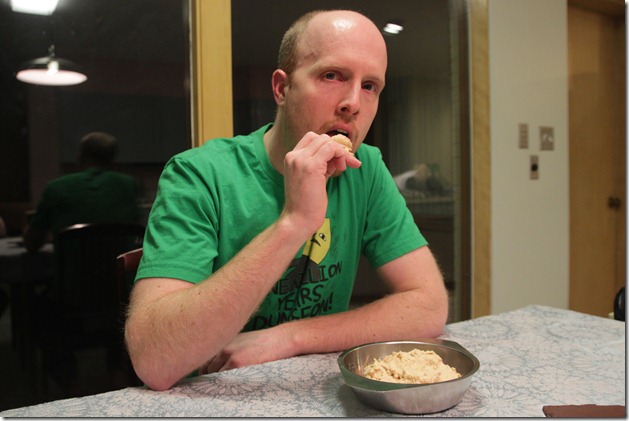 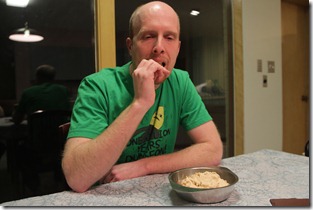 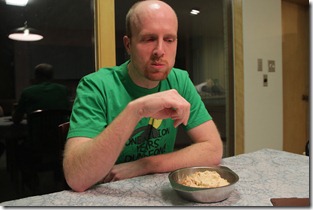 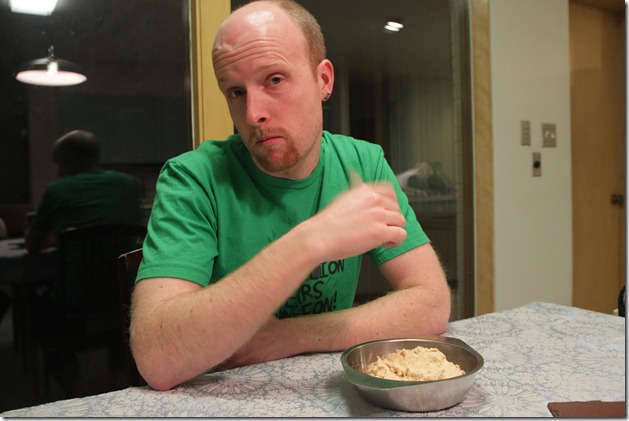 “What do you mean, ‘It’s good’ ?” It’s onion dip and chickpeas for cripes-sake.”

I grabbed a pita chip and dunked it in. “Oh my god, this IS good.”

Scotch Eggs – Good! Tasted like scotch eggs. I used nice, crunchy breadcrumbs for the outside, which made them nice and crispy without frying. I thought that the tomato soup glaze at the end would ruin them, but it actually was pretty yummy. I guess Lipton shows me!

Pure’ Madrileno – Actually good! I was shocked. It tasted like onion dip hummus. I am actually really excited about this one, because we LOVE onion dip, but try not to eat a lot of it. Now maybe I won’t feel so guilty if we make it this way once and awhile.