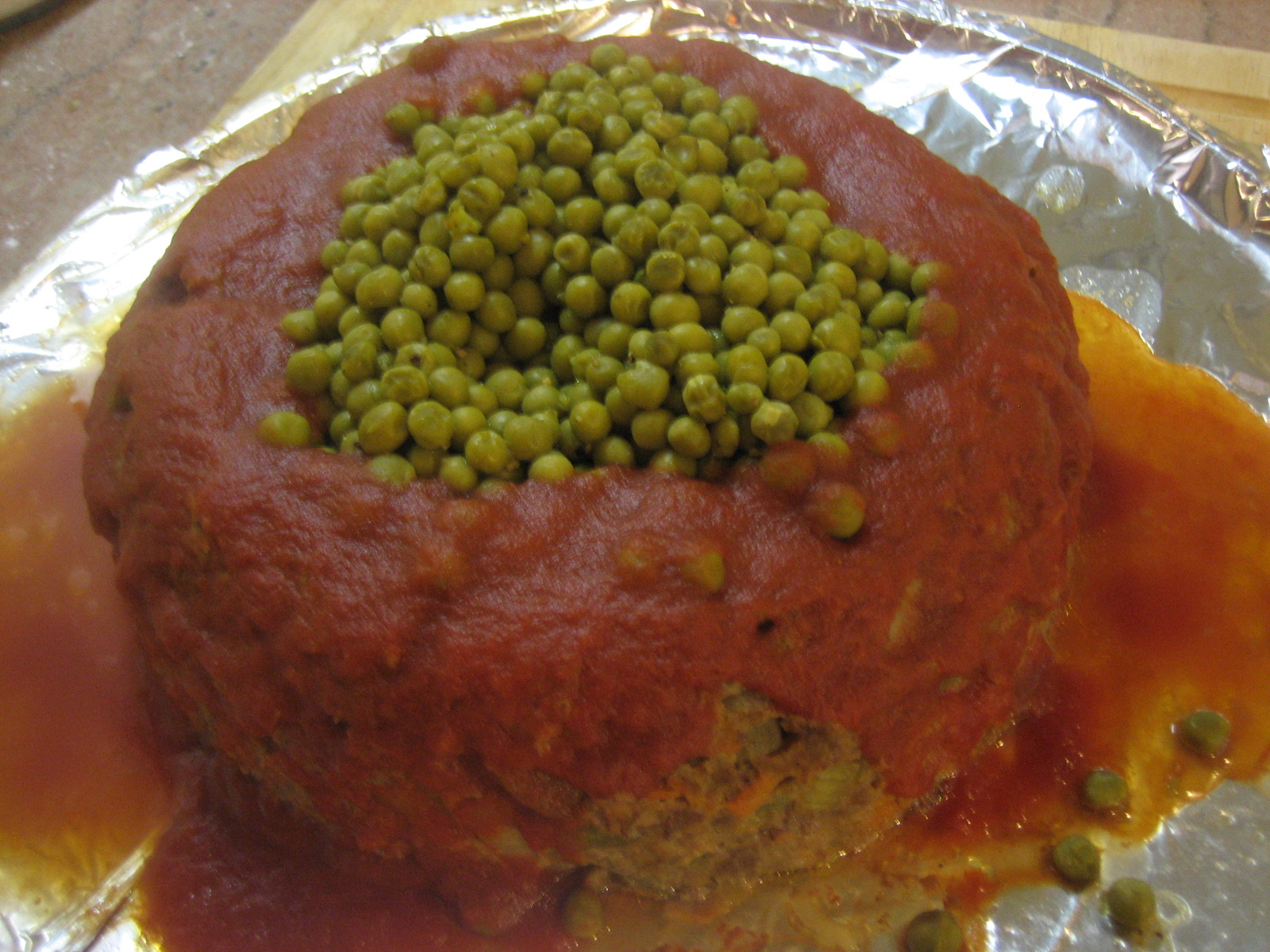 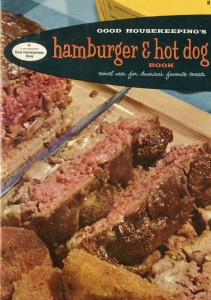 Man, nothing screams “Mid-Century Menu” like a cookbook that has a giant, rare, glistening meatloaf on the cover.  And to top it off, it is Good Housekeeping’s Hamburger & Hot Dog Book, Novel Uses For America’s Favorite Meats!  I love that name!!! With a cookbook like this, how can you go wrong??

Now, this cute cookbook was published in 1958 by Good Housekeeping, and it contains, you guessed it, tons of recipes that include hamburger and hot dogs.  And there are some corkers, too. We were restricted in our choice by the fact that Tom is going to run his 50 mile (!) ultramarathon this weekend.  Because of his dietary needs this week, I had to pick something that was mostly meat and vegetables, with very little to no bread. So, most of the really fun stuff was out.  But I was still able to find a great one.

Now, this doesn’t looks scary to me, it just looks…interesting.  How is this thing going to stick together?  Only 1 lb of meat and like 4 cups of raw veggies? Crazy.

And I was off! 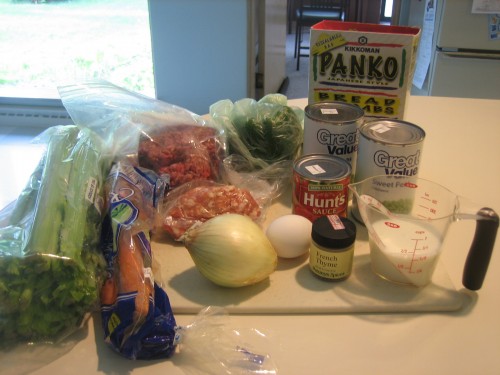 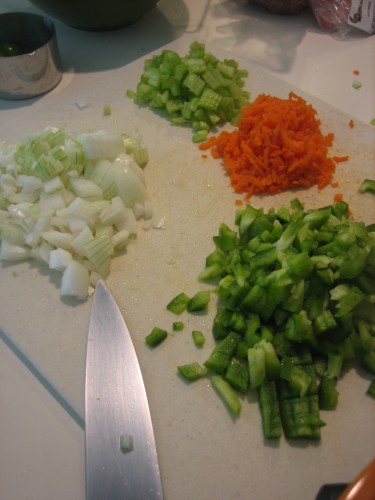 Choppy, choppy!   This was more than 4 cups of veggies, by the way. 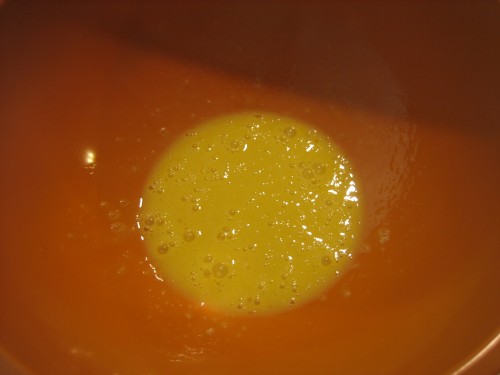 One beaten egg, whose job it will be to hold together a ton of veggies and a little meat. Great stuff. 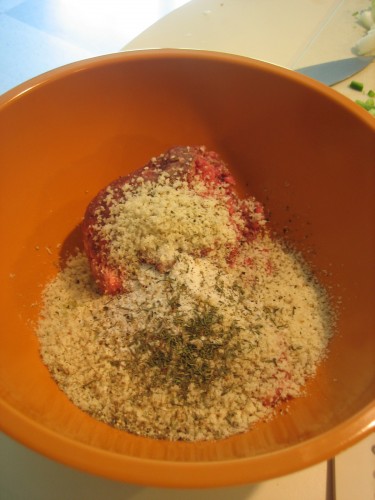 Breadcrumbs, spices and meat added to the egg. 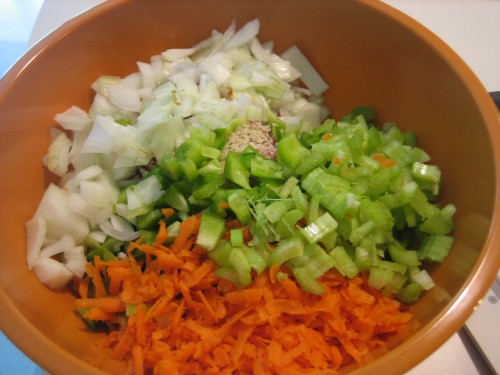 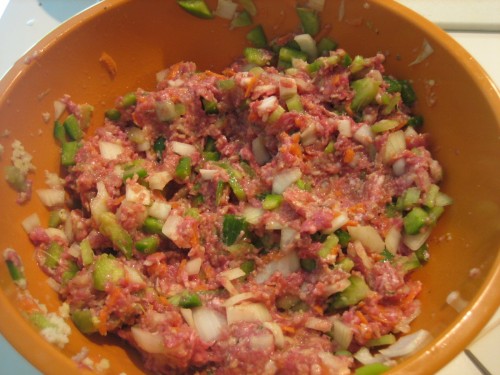 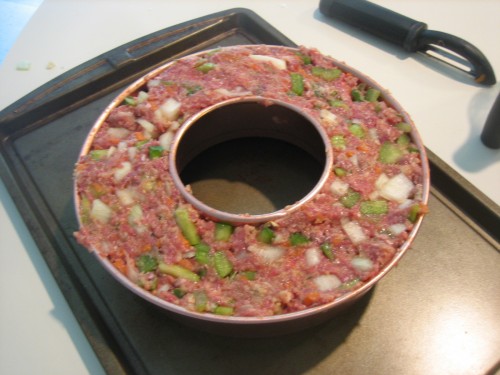 Surprisingly, it was pretty sticky.  I had high hopes for the molding, so I just went ahead and crammed it on in.

Ahem.  Sorry for the outburst. 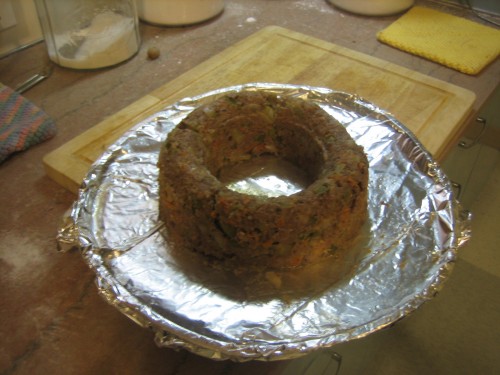 Anyway, this is the palid, gray thing after 45 mins in the oven.  But it was glistening, so at least it had that going for it. Or something. 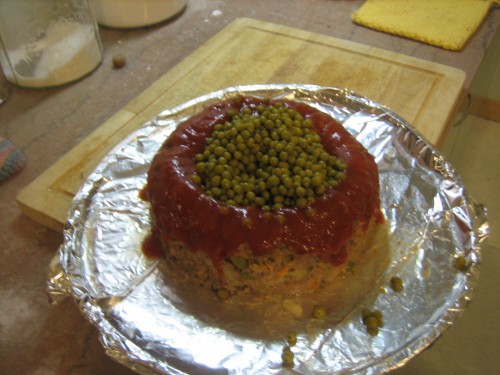 Here it is filled with well-seasoned peas (17!) and smothered almost to death by tomato sauce.

On a side note, what considered a well-seasoned (18!) pea?  I just threw a bunch of pepper on mine.  They were salty enough since they were canned. 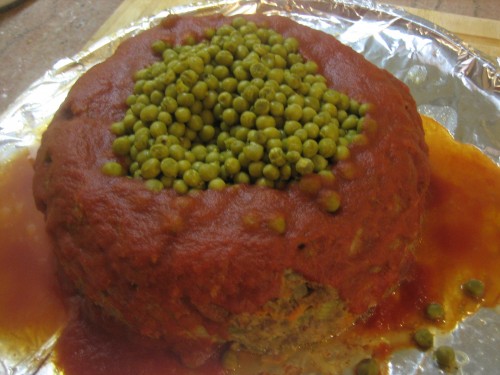 Here it is, fresh from the last 25 minutes in the oven. Mmmm…meaty AND loafy. 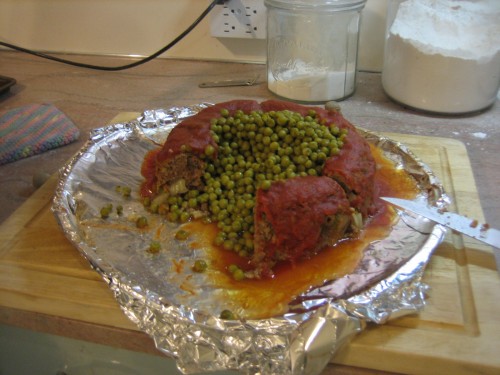 The freshly cut into loaf-ring (19!), with the tasteful and attractive waterfall of canned peas pouring out of it. Huh…I guess it did stick together!  Way to go, you crazy egg.  Good job, cup of breadcrumbs. 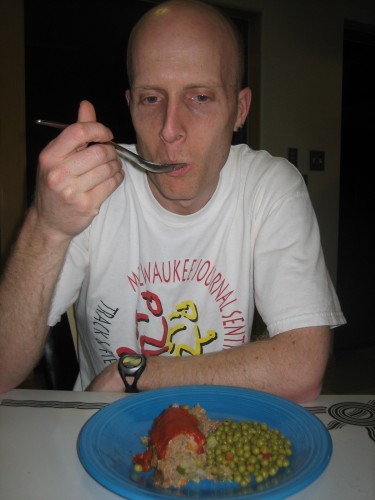 Tom, pulling in his first bite.

“It smells good, how does it taste?” 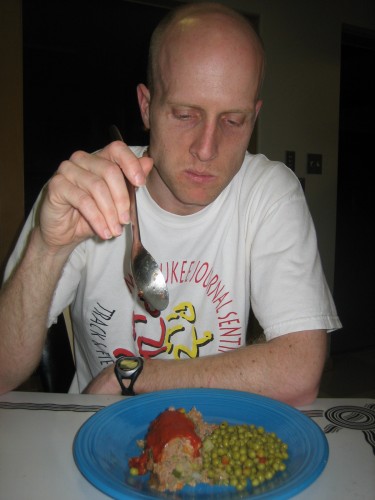 I took a bite, and it was pretty good.  It was different from normal meatloaf, but not bad.  The texture was a little strange, but the sausage was a good addition, I thought. Tom thought it was a good way to hide veggies and make them taste like meat.

The Verdict:  Good.  Didn’t taste like a regular meatloaf, but it was good anyway. The veggies tasted good with the seasonings, but I probably could have done without the well-seasoned peas. (20!)

Leave a Reply to Annie B. Cancel reply