Technically I suppose these ended up being more of a gingerbread cupcake that a molasses cupcake, but when I started out messing with the recipe for the Molasses Layer Cake I was really focused only one thing: Cupcake. Cupcake, cupcake, cupcake! So in the end, adding...

“Mo”-Lasses Cupcakes For The Lunchbox 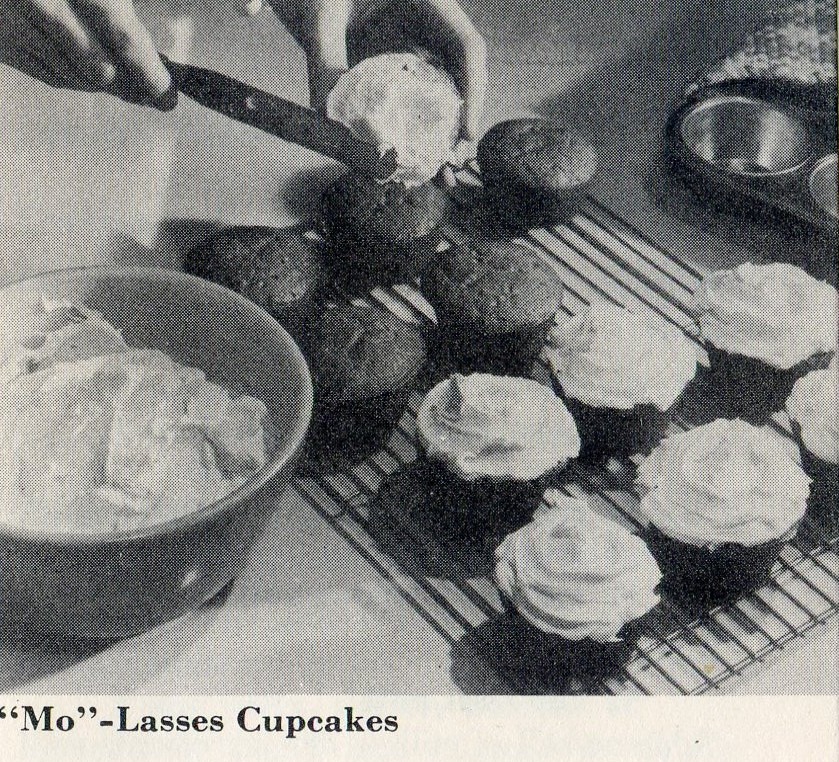 From The Lunchbox Cookbook, 1955 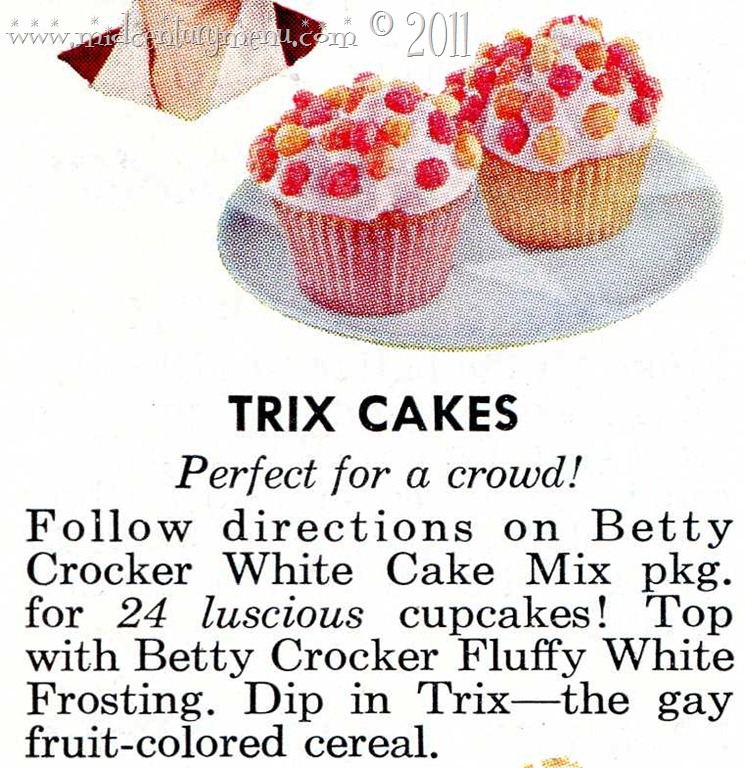 Nothing says love like a cake mix covered with breakfast cereal! But I must say, I love the colors of the vintage Trix cereal… From Let’s Eat Outdoors, approx. 1955

None Such Mince Meat Cupcakes 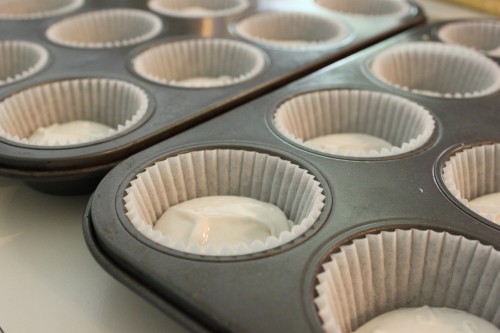 Happy Wednesday!  I hope that your holiday weekends were all fantastic.  Mine…was wet. Very wet.  Tom and I drove to see my parents and drop off little Clark (one of the last of the foster kittens) with them, and afterwards did some camping in the UP.  Ugh.  I...