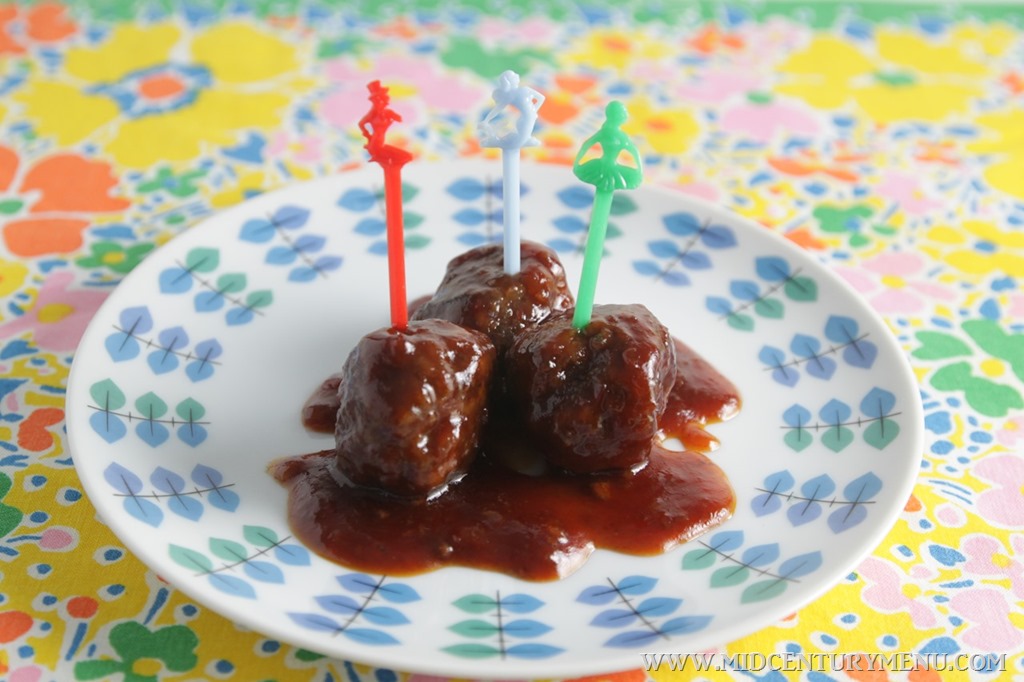 This week I was in the mood for some meatballs! These are Cocktail Meatballs! I have to admit I cheated a bit this week with this one. I’ve published this recipe on the blog before, though I’ve never taken photos and written it up as a real post. As I was digging out... 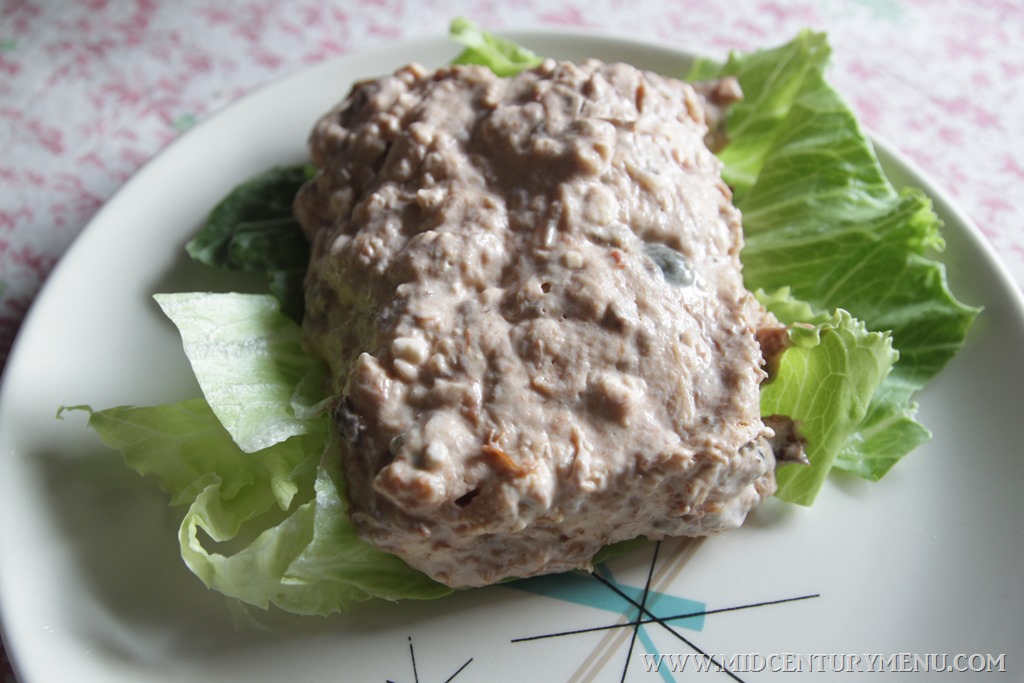 So, if you have been following our Facebook page, you may have seen a preview of this lovely thing this week.  Apparently, since Tom had nothing better to do, he convinced me to try the most disgusting mid-century gelatin recipe we have ever found. This is California...

From Kix Snacks and Desserts, 1977 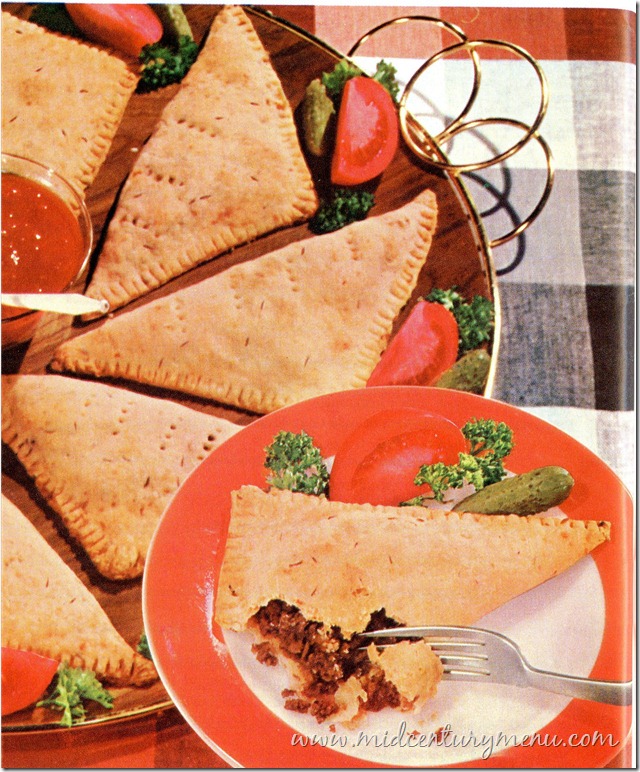 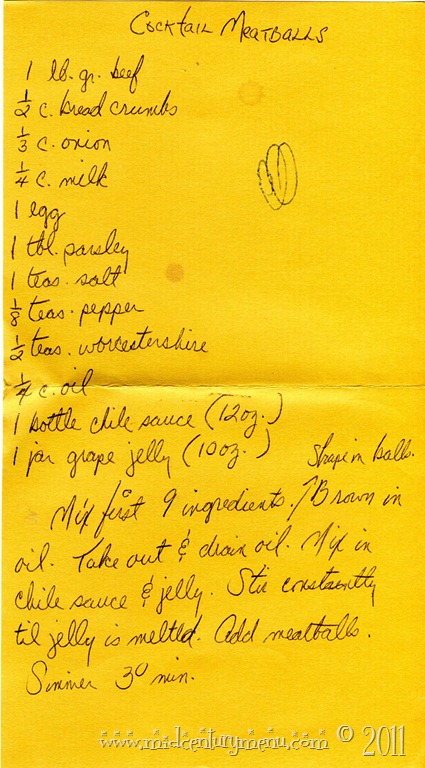 A classic recipe from my Mom’s recipe file. She served these every holiday!