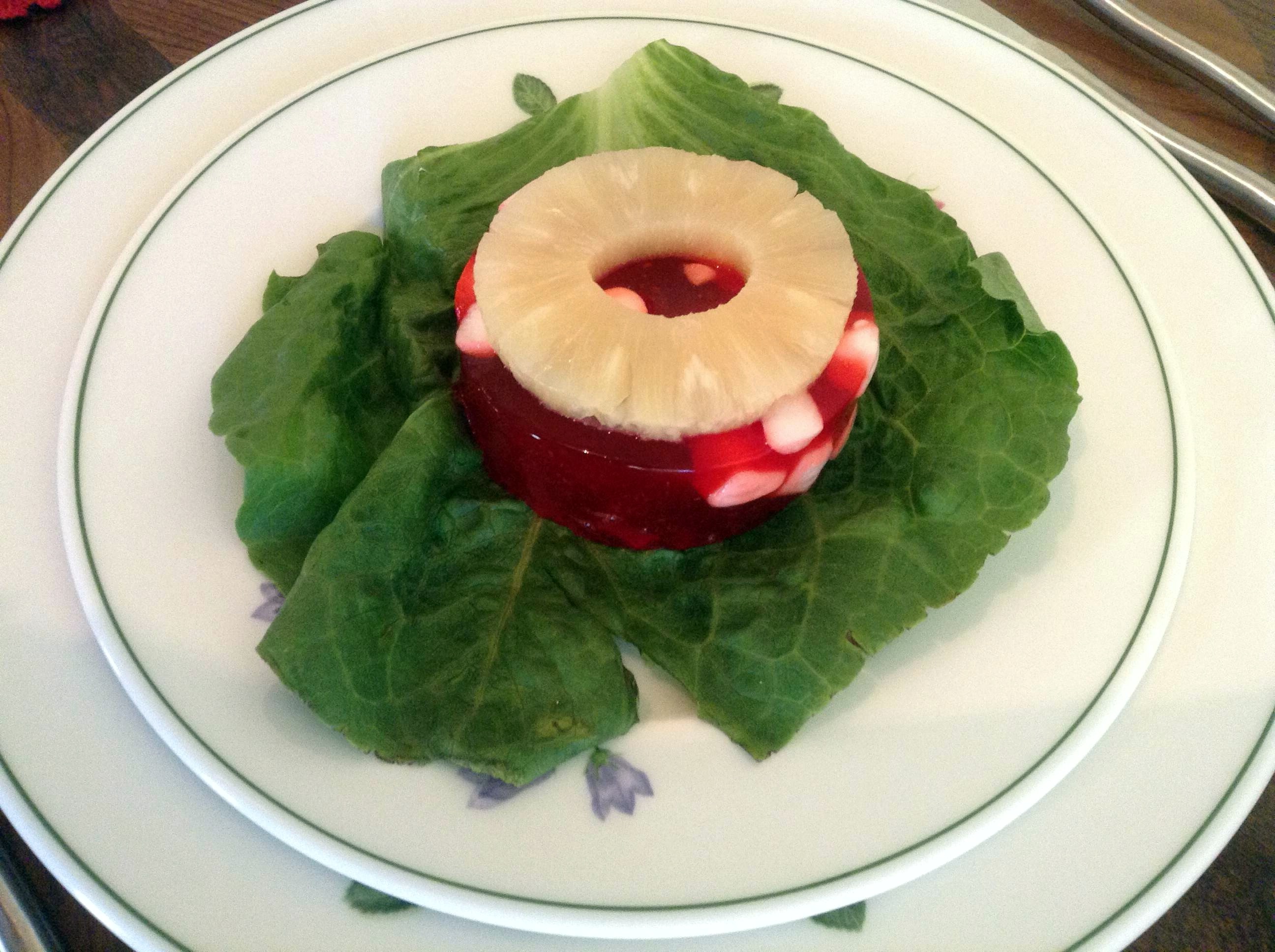 I have a very vivid memory of a family dinner that took place when I was about six years old.  We had finished a perfectly normal, weeknight dinner when, as a surprise, my mom told us that there was dessert. Dessert! We never had dessert in our house unless it was a...

Now there are seven delicious flavors! Jell-O’s latest has a bright, refreshing taste – a magnificent golden color! It’s a sensation for salads (and for desserts)! Yeah, but how is it going to taste with that stuffed green olive? From The American Home Magazine, April...

Wow! If only I hadn’t made so many cookies! From Fleischmann’s Yeast advertisement, 1961 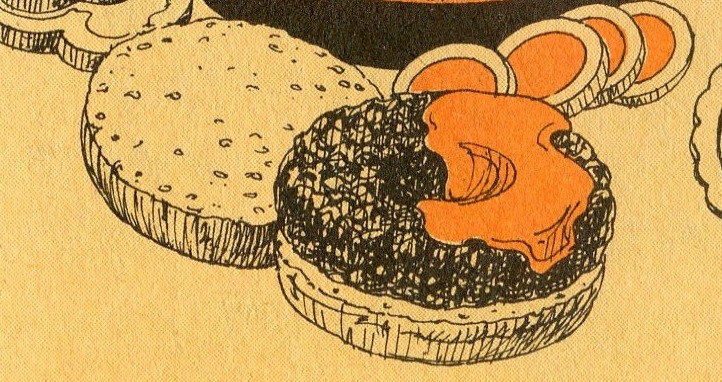 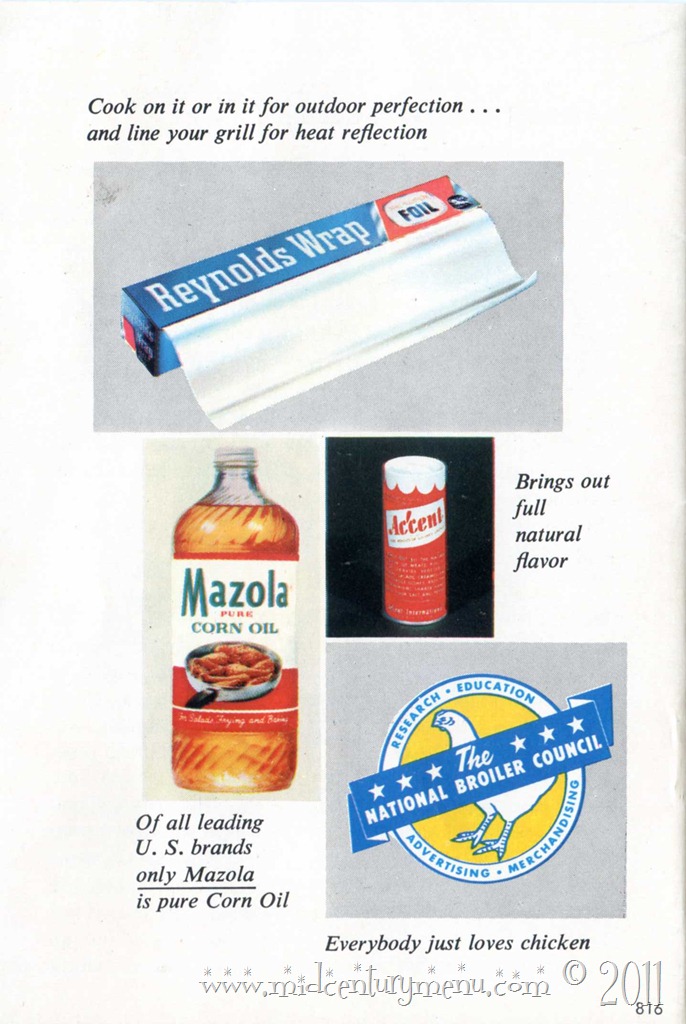 Nothing better than chicken, foil and MSG. Nothing can make it better, except when you pour corn oil over it! From All Out For A Chick-N-Que, Jewel grocery store handout, approx. 1960.
« Older Entries