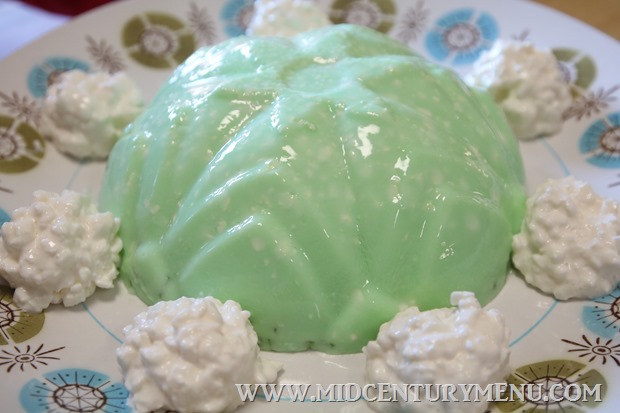 This week we are trying to figure out if the addition of lime gelatin will make marshmallows and celery taste good together. 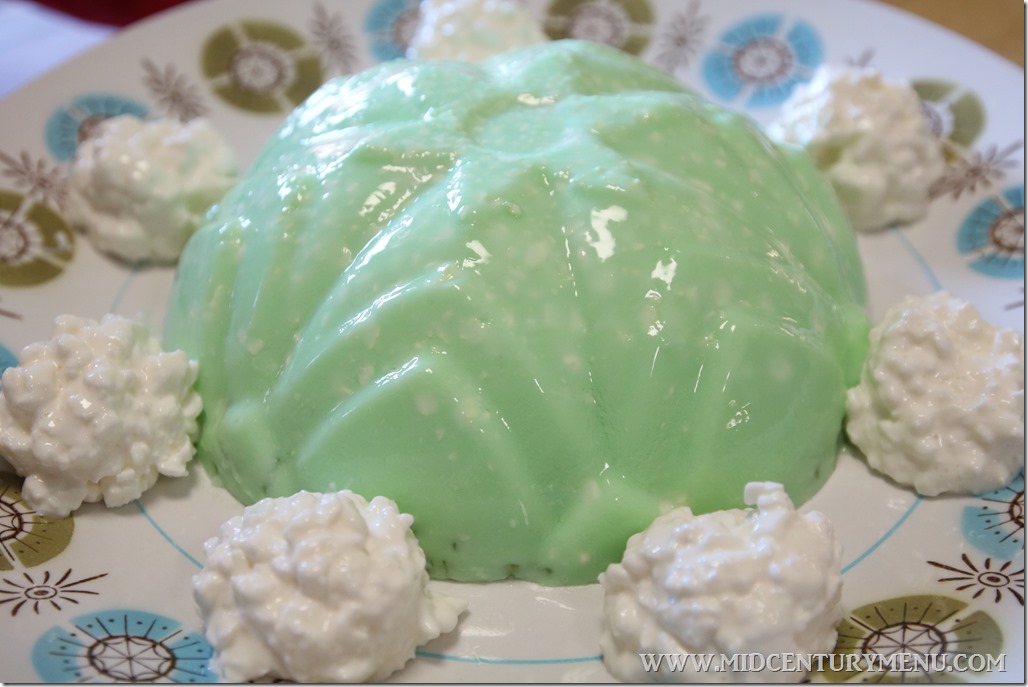 This is Marshmallow Chill!

This recipe is from Knudsen Recipes For Greater Food Value (eBay link, affiliate) which is a lovely book that helpfully suggests ways to add cups of sour cream and cottage cheese to every dish. Seriously though, most of the recipes in the book are dairy-based and a lot of them are really interesting. 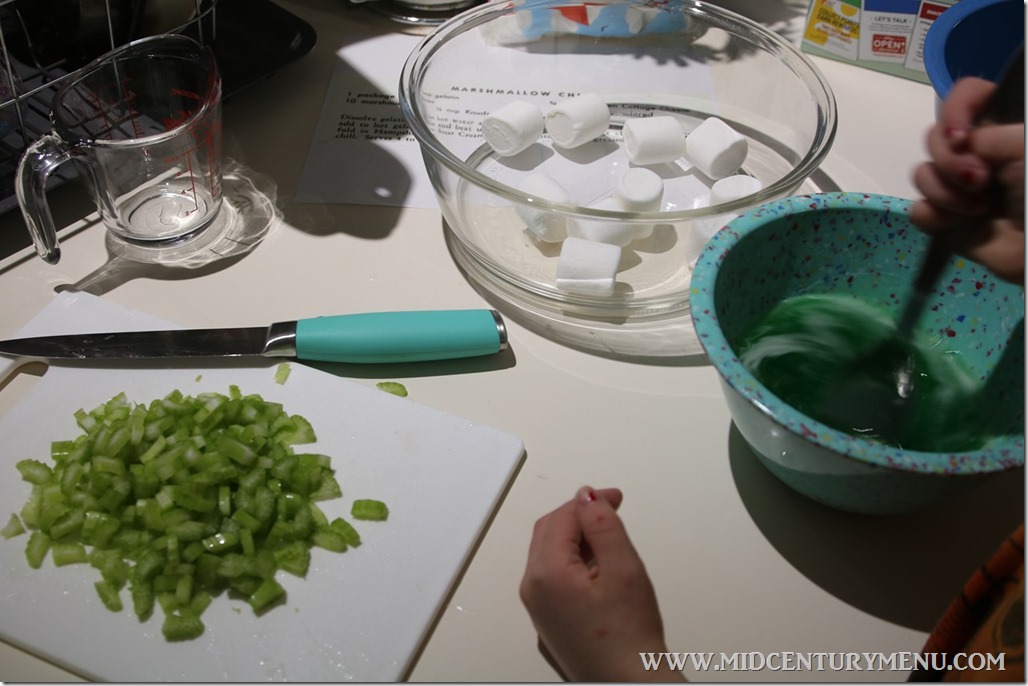 Alex was very excited to make the gelatin. I think it was mostly because she wanted to eat the extra marshmallows. 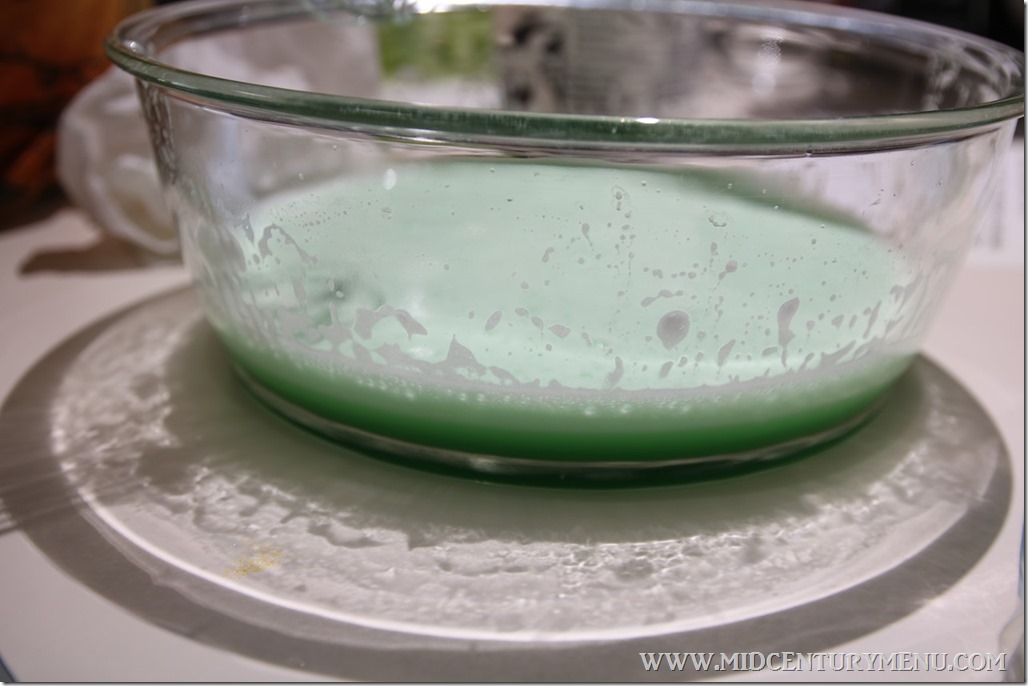 Melted marshmallows all stirred in! 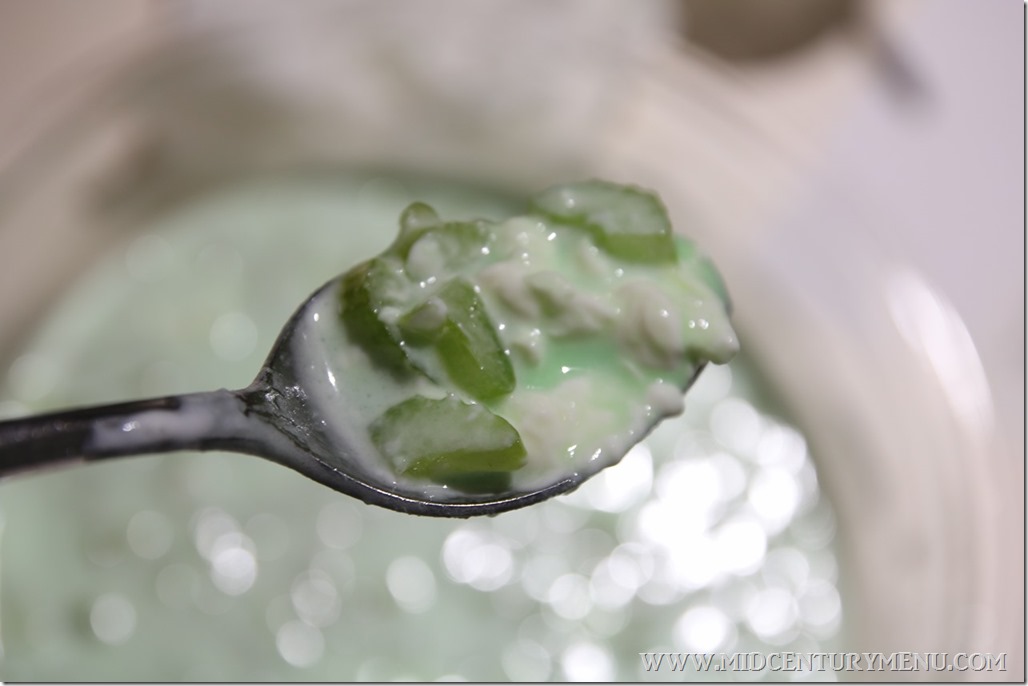 I probably could have cut the celery a bit smaller. That’s not really a mince. Not that it’s going to make any difference. 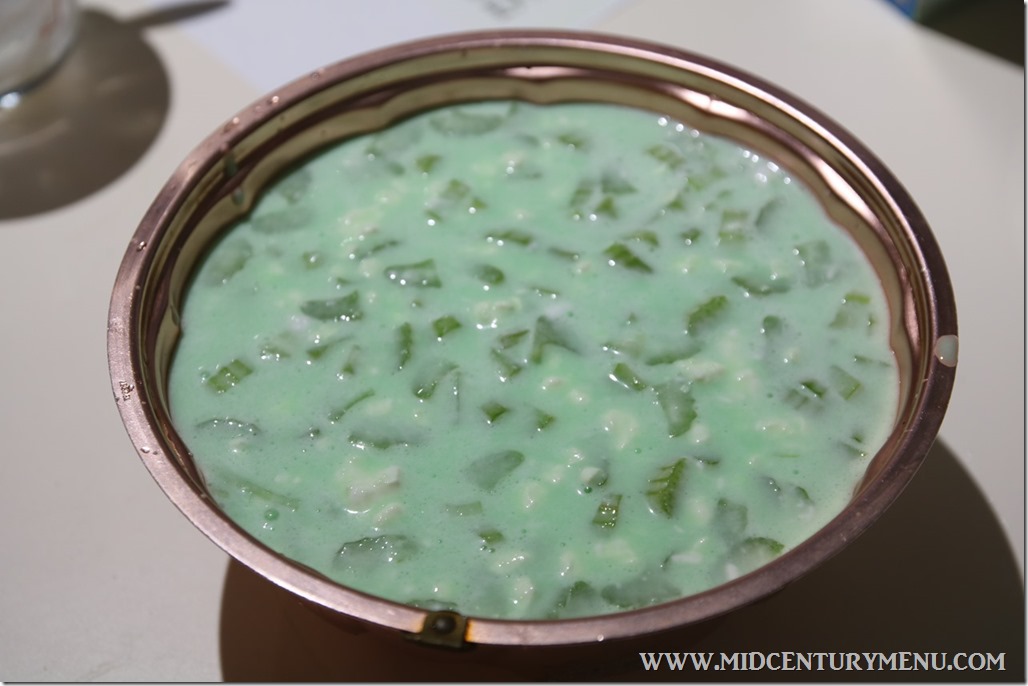 At least it gave me a good excuse to use one of my favorite gelatin molds. And Alex got a lesson in unmolding a gelatin, which probably will be completely useless information for her, but you never know. 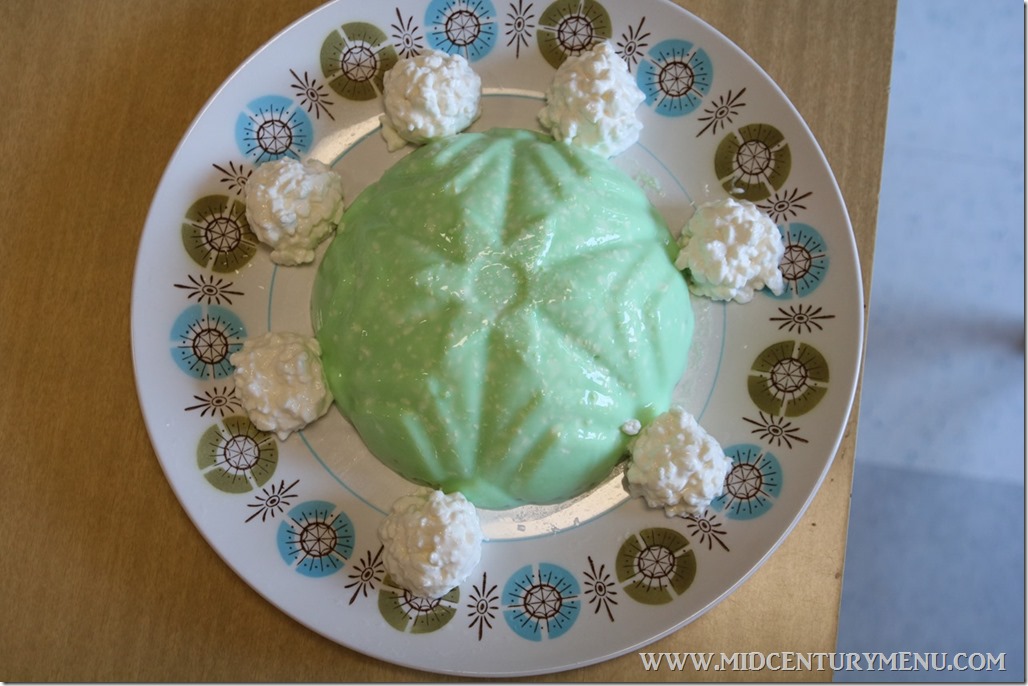 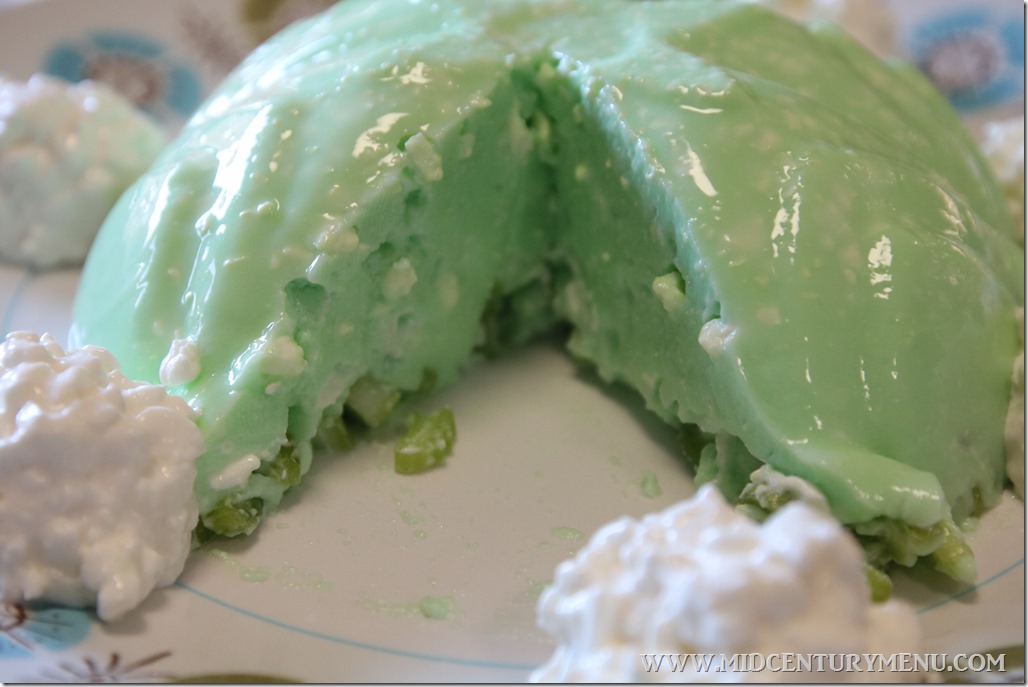 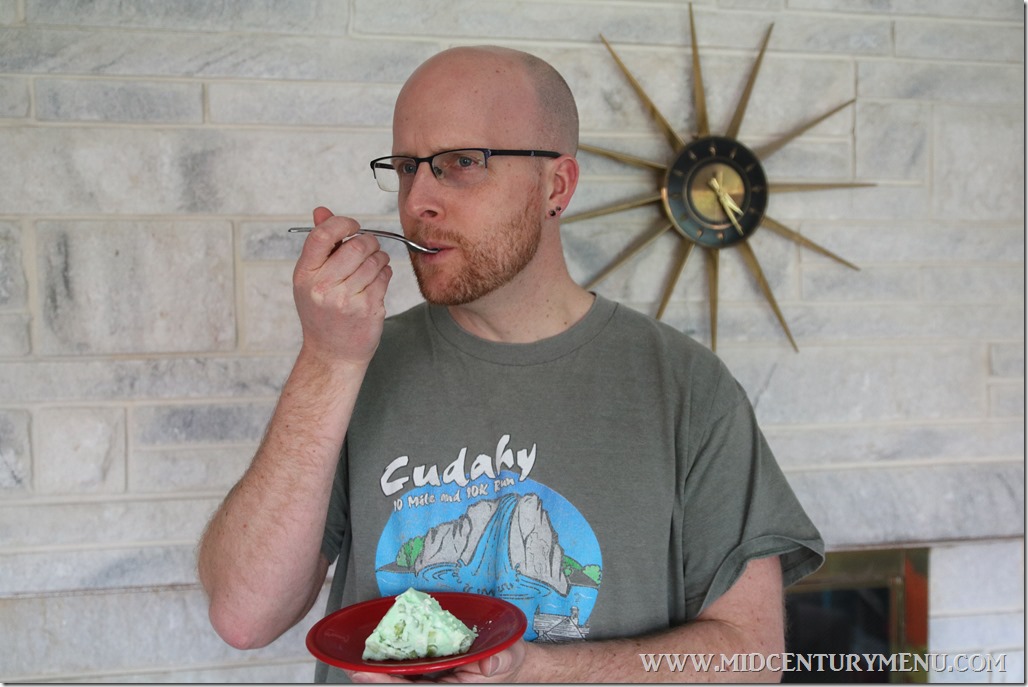 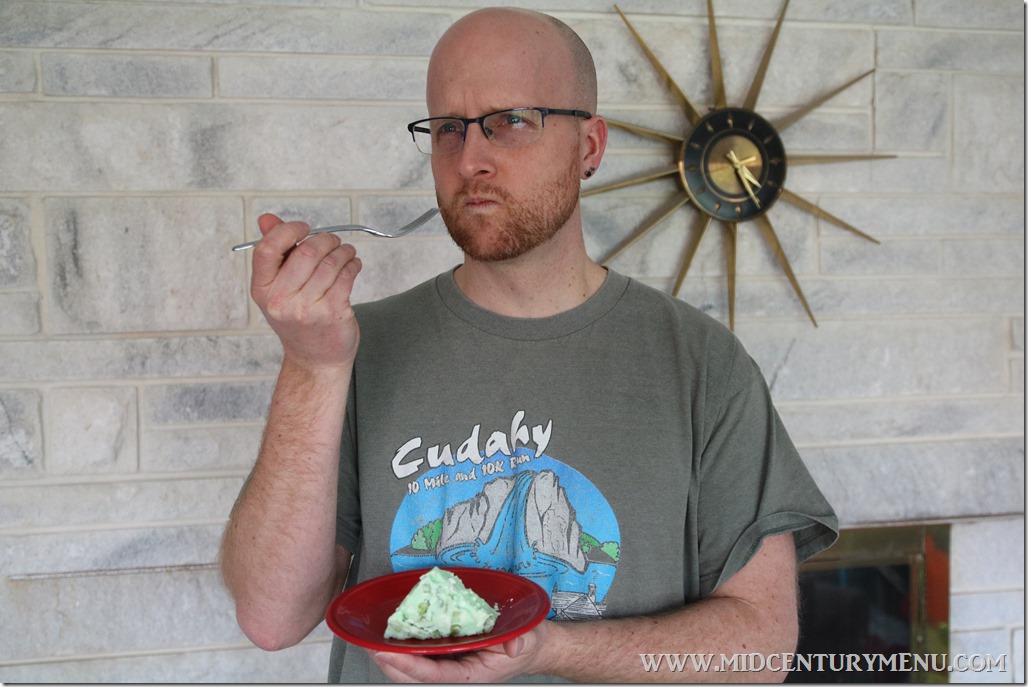 “Like I’m pretty sure we’ve made this before. And it tastes just as blah as it did before.”

This tasted like lime gelatin with cottage cheese in it. It was edible, but not our favorite. When you got a bite with celery in it, it was slightly less edible. But the celery sort of floated to the top, so you could mostly eat around it. The marshmallows really didn’t affect the flavor. Overall, I didn’t feel bad about feeding this to Tom or TJ (who ate half of it before I had to cut him off). I did feel bad for Alex, who had helped me so well and been so excited. She took a bite and her little face just fell. She hated it, but was too polite to come out and say it. The closest she got was patting my arm and saying, “It’s okay that you made the wrong recipe, Mommy. Next time you will pick a better one.” I guess the moral of the story is that it’s toddler food (or, at least, TJ food), but I really feel like they missed the boat on this one. Maybe instead they should have done a Waldorf salad type mold and used apple instead of cottage cheese. Maybe then they wouldn’t have made my little girl sad.