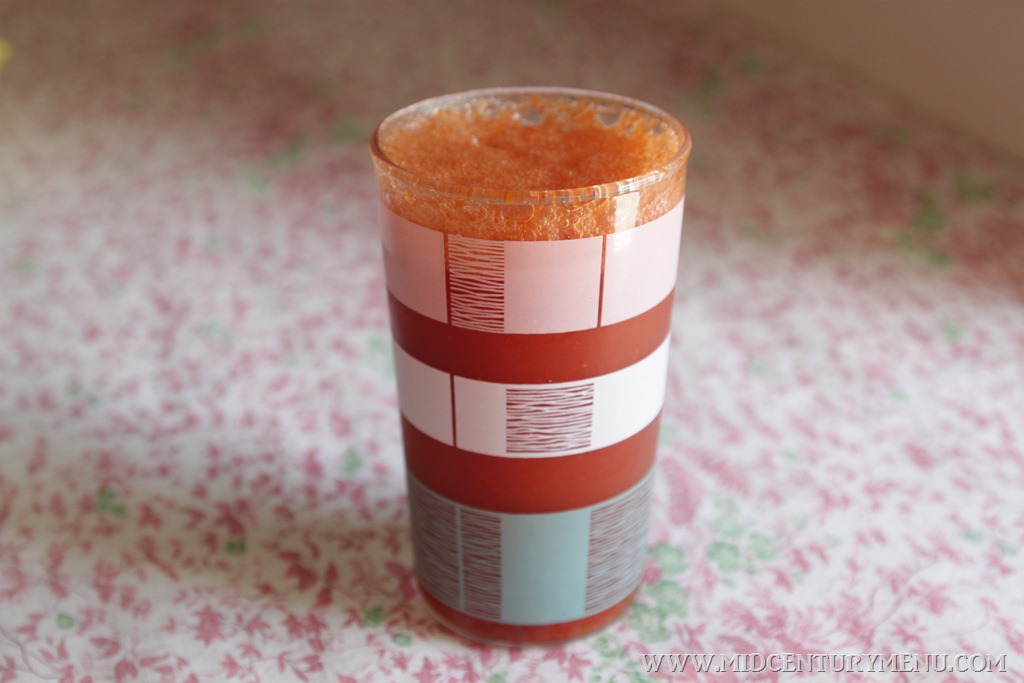 I am reposting this drink that ran last year because…well…I guess I am still puzzling it out in my mind. I was given some great suggestions in the comments about what less-sweet vintage soda we could have used in this (Wink and B1 were suggested as alternatives), but for some reason my mind keeps coming back to 7up as the right choice. What do you think?

This week – because I was bored – I decided to test out a recipe that mixes canned tomato sauce with lemon-lime soda.

And no, I’m not making that up. 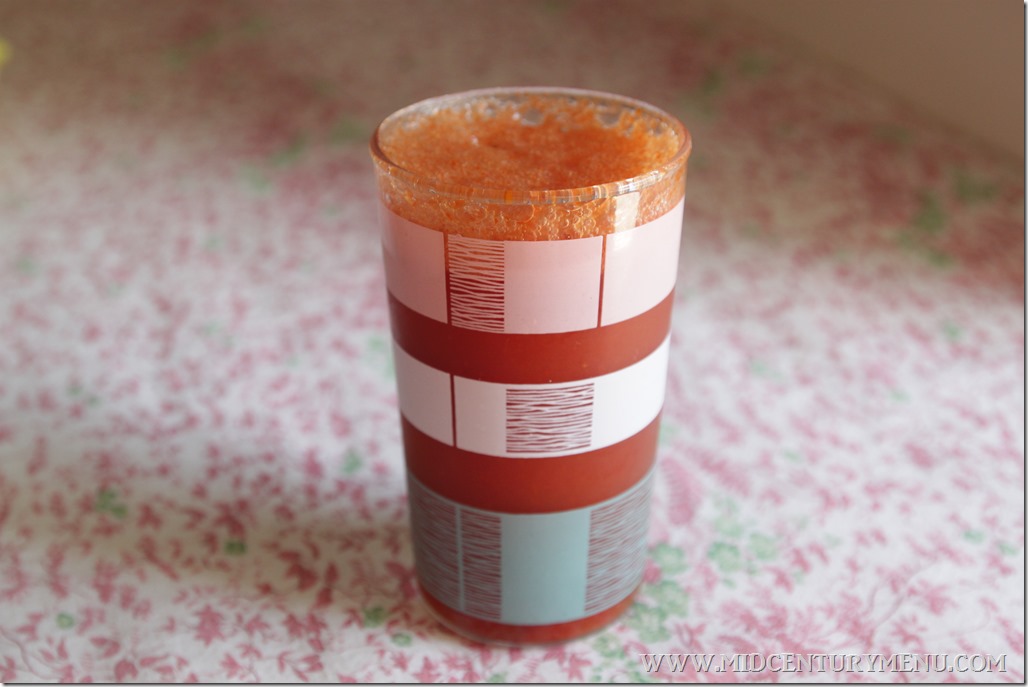 This is Sparkling Red Rouser!

Just out of curiosity, do you think that mixing 7UP with canned tomato sauce even counts as a recipe? I am not convinced that it does. Even when I see the printed proof before my very eyes. 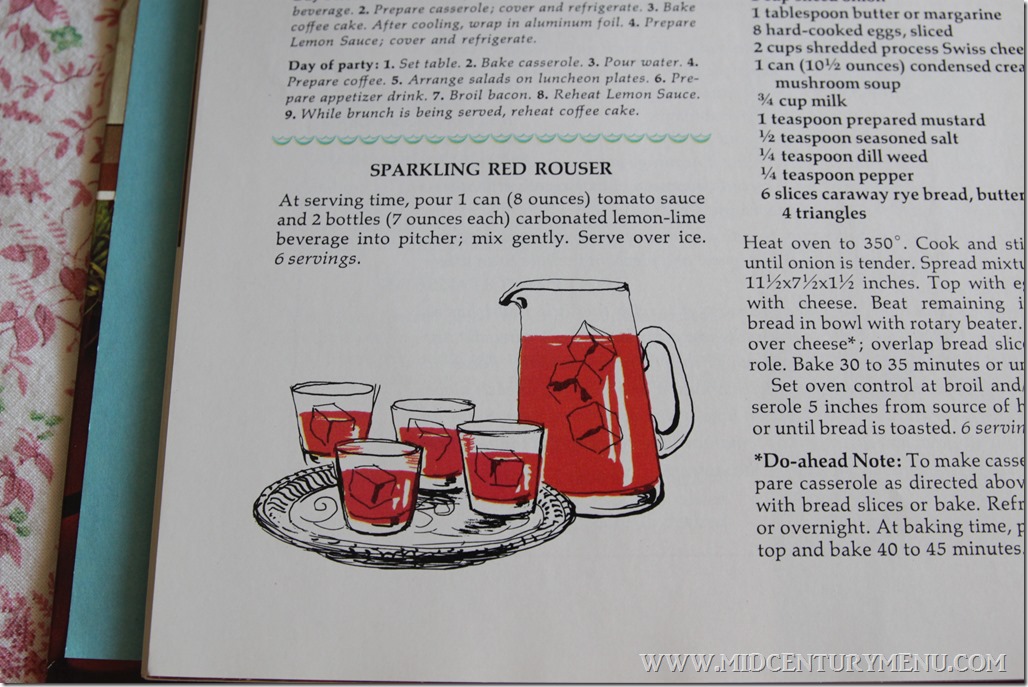 This is from the Betty Crocker Hostess Book from 1967. They even had someone illustrate it. Probably because the reality of it was too bizarre to photograph.

I had a small moment when I was in doubt over this. Surely, surely they can’t mean a sweet soda, right? Surely they meant you to use some kind of seltzer water or bar mixer. But after a bit of research, I’m pretty sure that lemon-lime soda (7up) is what they meant. Unfortunately. Does anyone know of a lemon-lime seltzer or soda water that was sold in 7 ounce bottles in 1967? Because if you do, that would be a great relief.

Well, down the hatch! 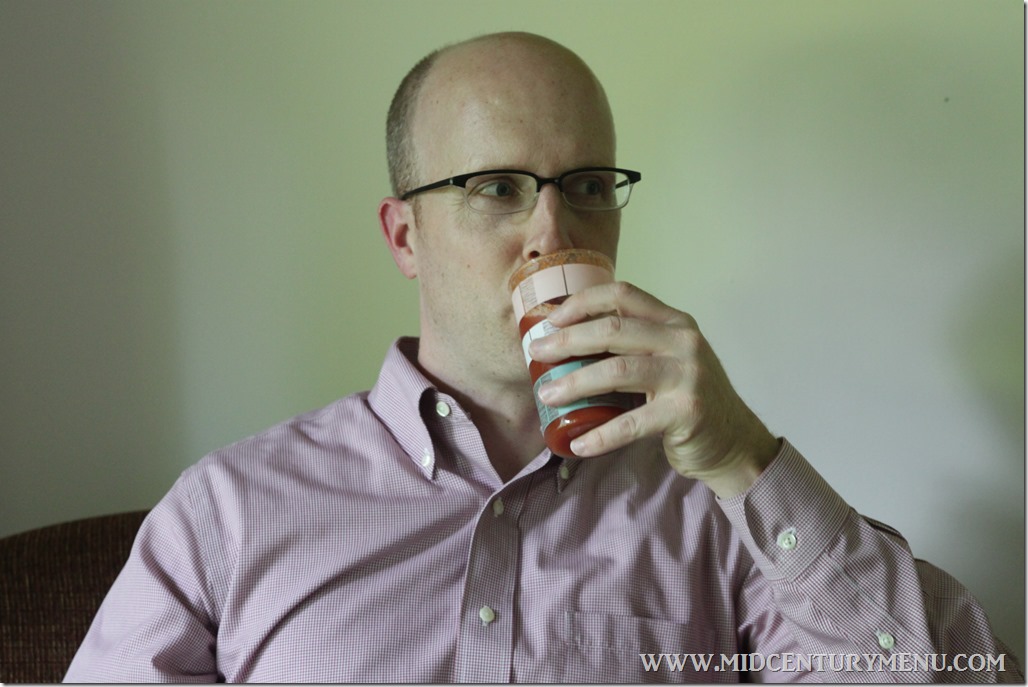 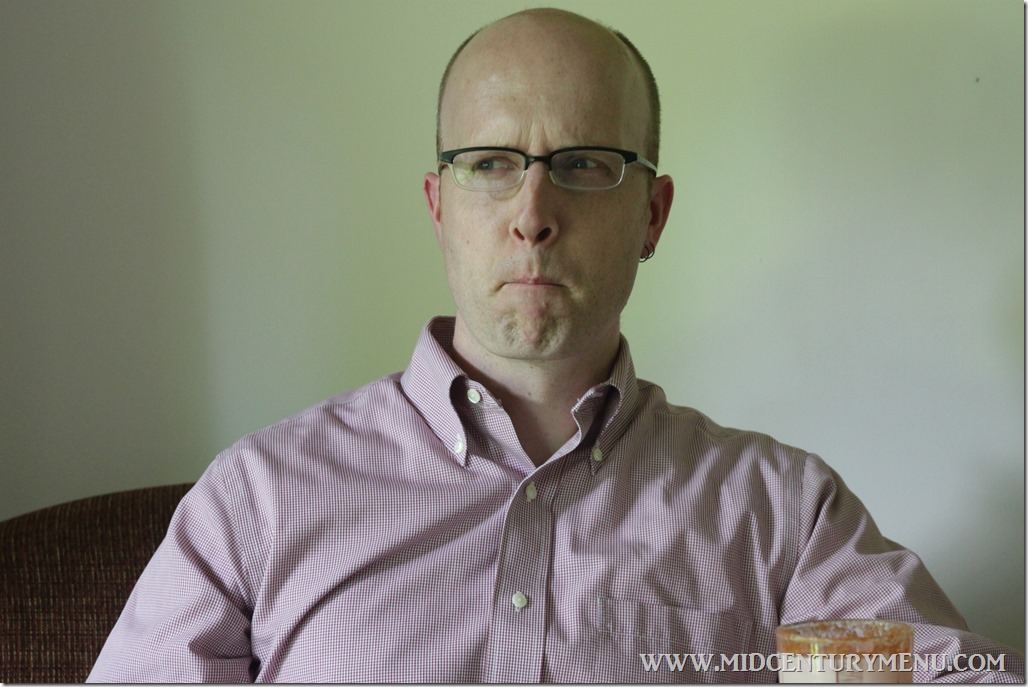 “The real question is, did it rouse your appetite?”

“Yes. I need to eat something to get this horrible taste out of my mouth.”

The Verdict: It Works

This was, unsurprisingly, terrible. I thought maybe this would have a chance at being okay at least, but I was wrong. When you take a sip, you get the tartness and the spices of the tomato sauce, then you are punched with the insane sweetness of the lemon-lime soda. After that is a horrible, metallic tomato aftertaste. If you added some hot sauce to this to cancel out the sweetness, maybe it would be palatable. If I were to try this again, I would use lemon-lime flavored sparkling water rather than a sweet soda. Maybe then it would work, especially if you are a big fan of the taste of canned tomato sauce.