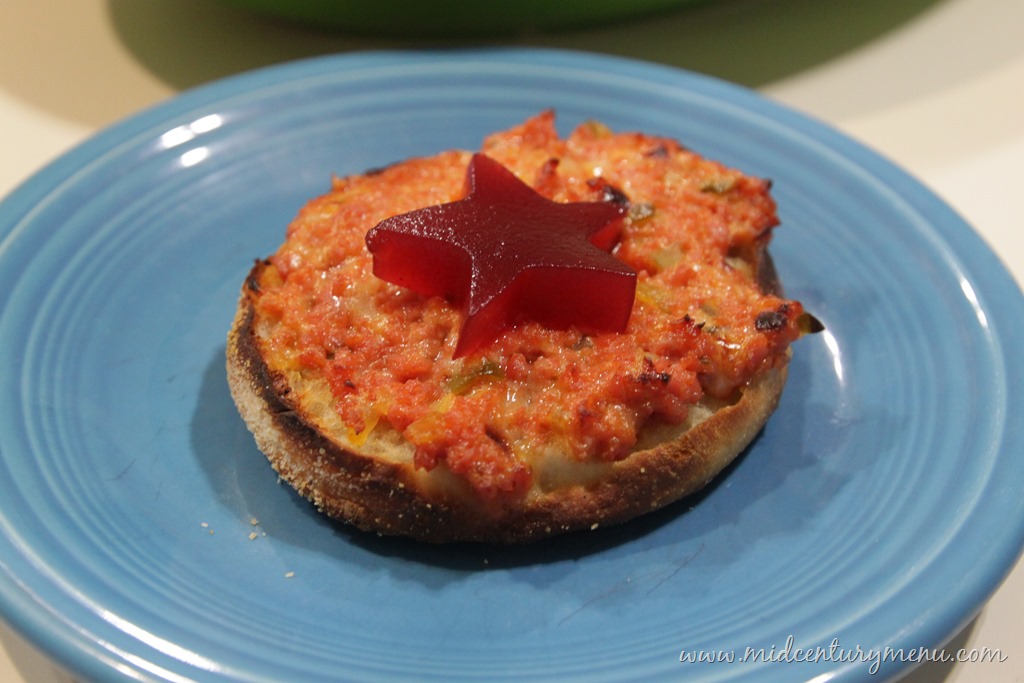 Oh guys, here it is! This is the worst stuff Tom and I made in 2014. Some of it was edible, some was only borderline bad, and some of it was gross.

And I think for the first time EVER we had more good than bad during 2014 here at Mid-Century Menu.  I can only attribute that to the fact that if I make something horrible now I have to make two dinners so that we have something to feed our daughter. And making two dinners can get old real quick. But no worries, I have pledged to be less lazy in 2015, so get ready to see some grossness this year!

But I digress. Bring on the worst! 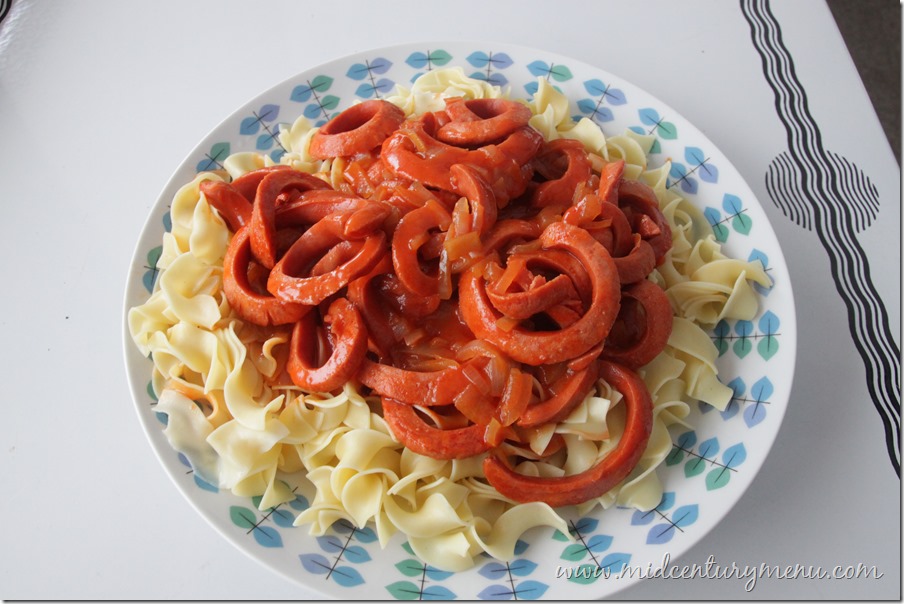 Totally edible, even if it did look disgusting. We ate almost all of it for dinner. It ended up just tasting like tomato sauce, onion and hot dogs. Over all, pretty bland. I was glad that we ended up going with noodles instead of putting it on a bun, because it ended up having a lot of goopy sauce that wouldn’t have gone well on a bun. If you do decide to make these and eat them on a bun, use a slotted spoon to drain the worms…I mean…weenies, before you serve them. 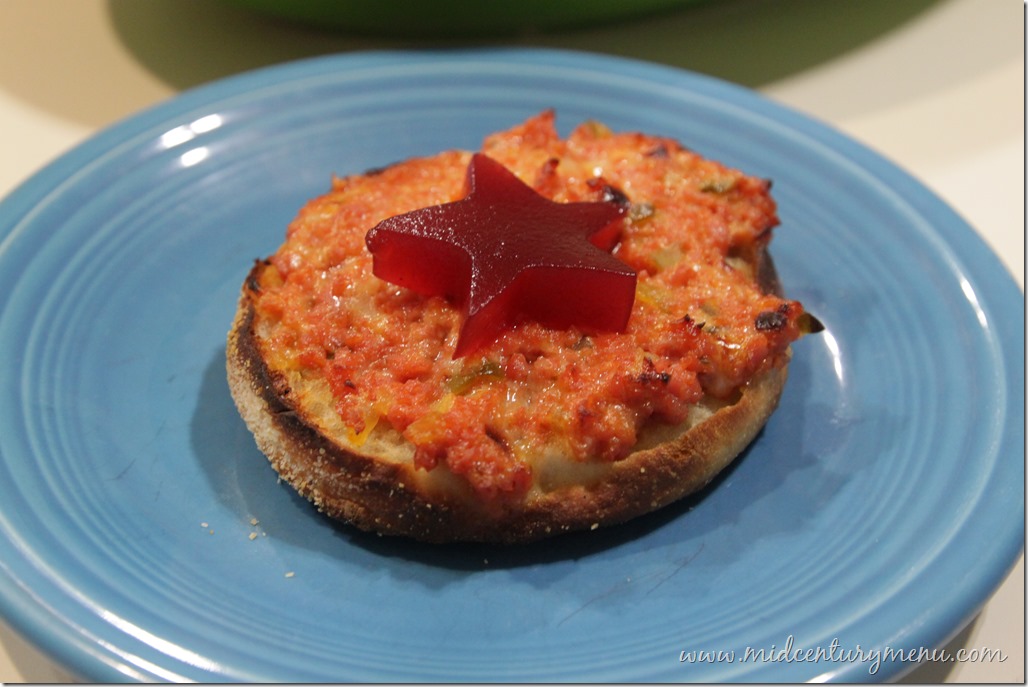 The Verdict: Not Bad, But Very Sweet

The filling on these was surprisingly edible, especially if you like everything you eat to taste like sugar. The best part was actually the broiled English muffin, and since the base was good the rest of this could probably be saved with some tweaks. To make this less sweet, I would suggest using ham instead of bologna, mustard instead of ketchup, mayo instead of Miracle Whip and cranberry relish instead of cranberry sauce. 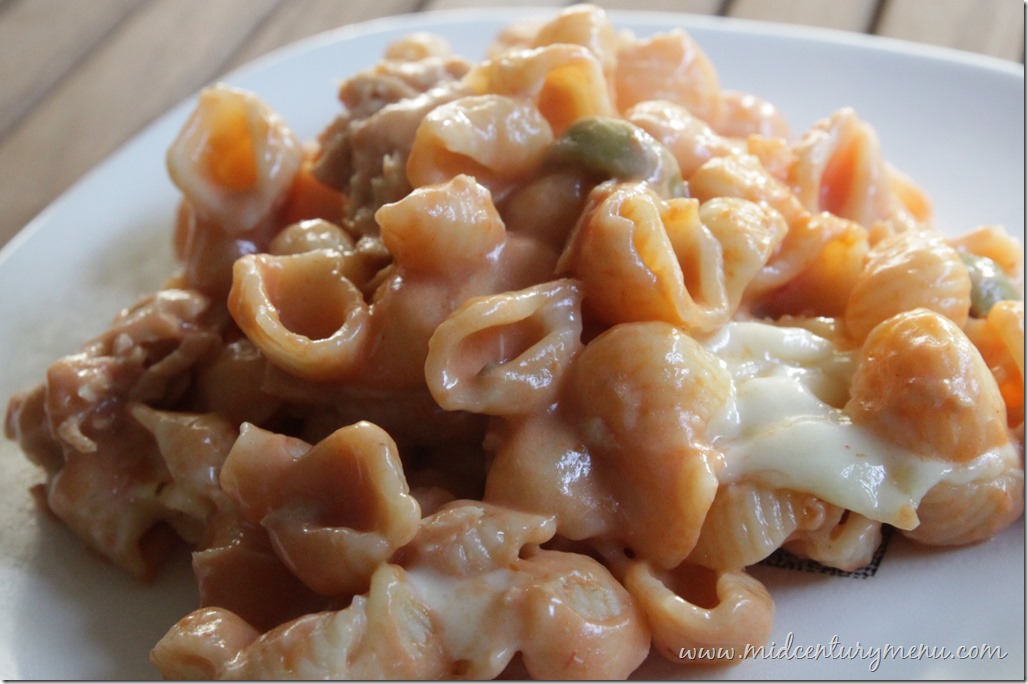 The Verdict: Moments of Olives

This was a weird one. It was basically a booze-soaked tuna noodle casserole (you really couldn’t taste the salmon, so don’t bother with it if you make this), with some weird elements. First off, it made a crap-ton, so cut the recipe in half unless you want to freeze some for later, which is what we ended up doing. The olives bring nothing and taste funky, so they can be left out. After that, you are left with a very, very rich and smooth casserole that tastes a LOT like vermouth. It paired well with the Swiss cheese we put over the top, so that might clue you in to the flavor. Overall, this was surprisingly okay and bordered on good, but I wouldn’t make this again. However, I might add some cream of tomato soup to our normal tuna noodle casserole in the future, so this wasn’t a complete waste. 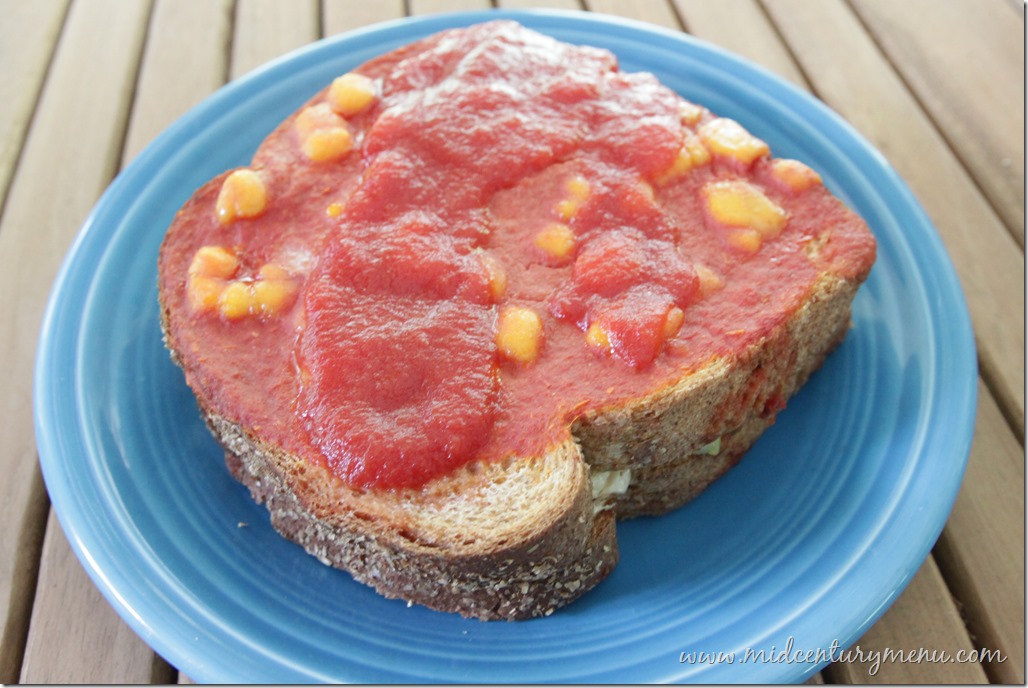 The Verdict: Not Horrible

Surprisingly, this didn’t completely suck. After I baked it, I realized that I should have packed the sandwiches closer so that it could have become more of a strata and less of a mess, but hindsight is always 20/20. The bread was, of course, a soggy mess, but when you got a bite of the tuna salad and the tomato sauce it was actually pretty good. The worst part was the soggy bread on the bottom. It didn’t have any flavor and was just gross.

If you really want to try this for some reason, I would recommend either packing the sandwiches tight into a dish with some of the tomato sauce on the bottom first OR toasting the bread. Or at least buttering it so that it could have a chance to get toasty on the bottom instead of just soggy. I sprayed my baking dish with Pam, but I think when the recipe said “oiled” they actually meant “pour oil in your dish” rather than just giving it a spritz of Pam. 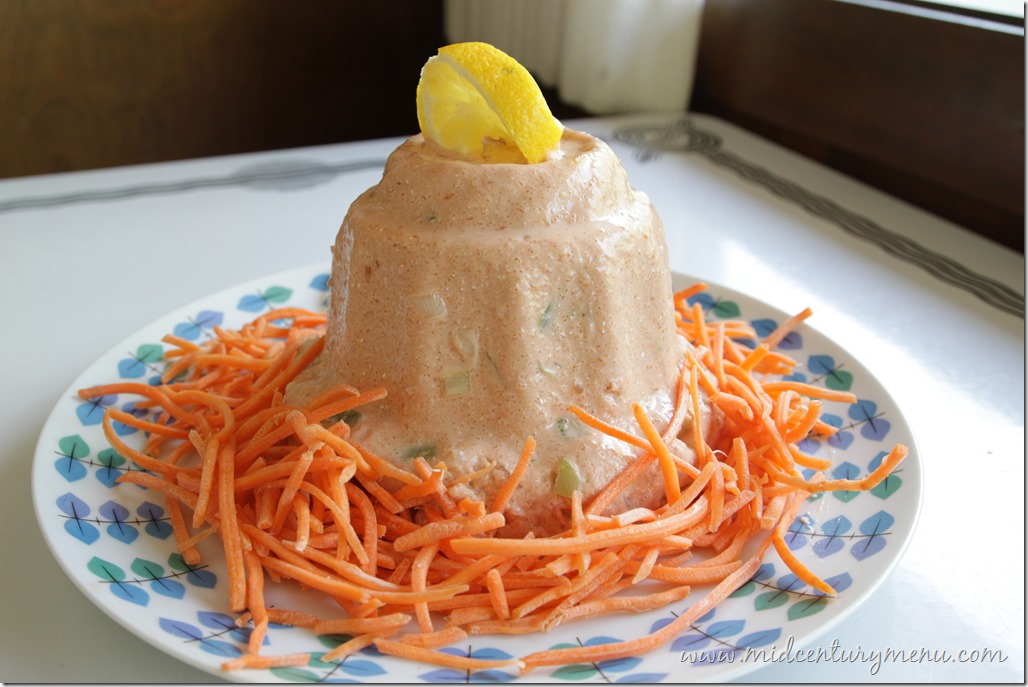 Not the worst gelatin dish we’ve ever eaten, but nothing really redeeming about this. It smelled like the garden full of wild onions that we had pulled up that morning (so, rotten onions) combined with green pepper, tomato and the sharpness of the vinegar. The veggie flavor wasn’t so bad, but the mouth feel of this thing was unsettling, mostly because the mayo and veggie juice gelled to a weird texture. Overall, not good.

So, that is it for 2014! Thanks again for sticking by us and being a great audience. And look forward to more crazy recipe tests in 2015!