The Food of Astronaut Wives Club Episode 6: "In the Blind" – Behind the Scenes With Food Stylist Emily Marshall 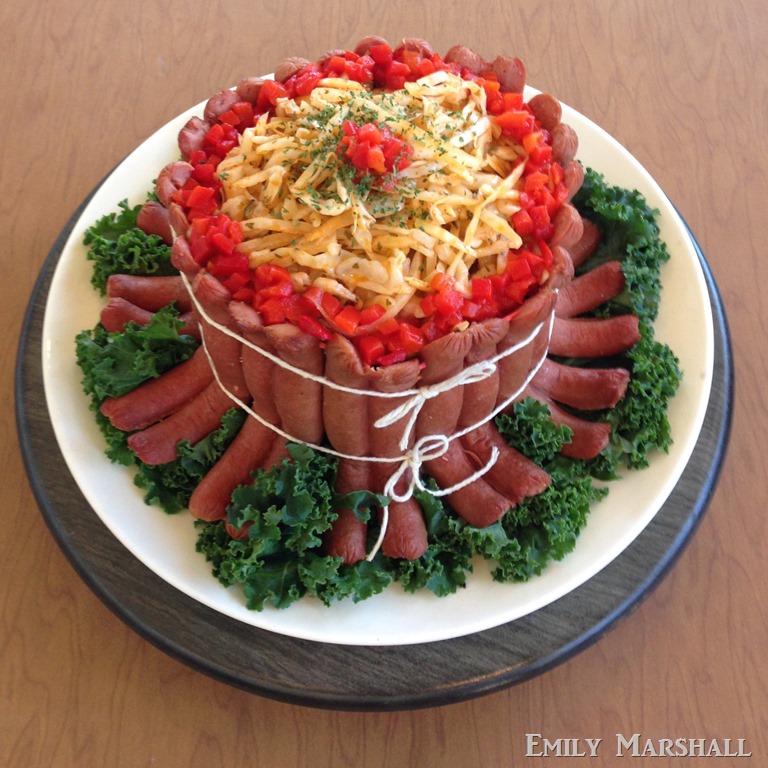 This is an exciting week for food from behind the scenes of Astronauts Wives Club!!! Episode 6 has the Crown Roast of Frankfurters, a rainbow gelatin mold and kabobed-everything.

I am happy to bring you some close-ups of this food courtesy of food stylist Emily Marshall, who worked like crazy to make sure that the food from Astronauts Wives Club was the most mid-century it could be! 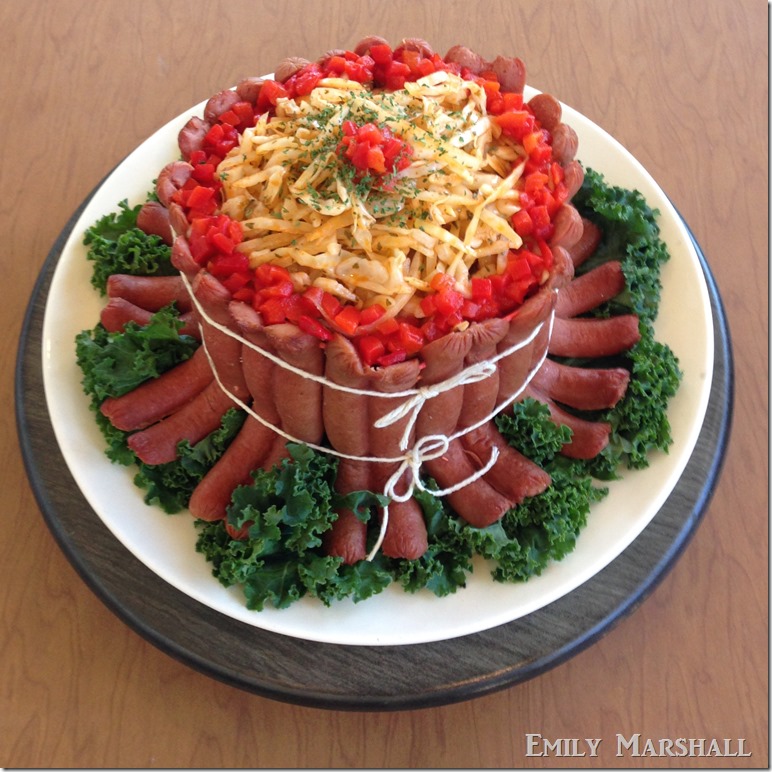 We are going straight for the big guns this week! Emily says that there was no way she could have something as fragile as that roast traveling with her to and from set, so she placed a couple of Styrofoam rounds in the middle of it and jammed all the toothpicks right into it. She added the strings both for support and because it seemed to be more, well, elegant. Like an actual crown roast of pork.

Here is the direct inspiration for this one, Crown Roast of Frankfurters from Weight Watchers, 1969. 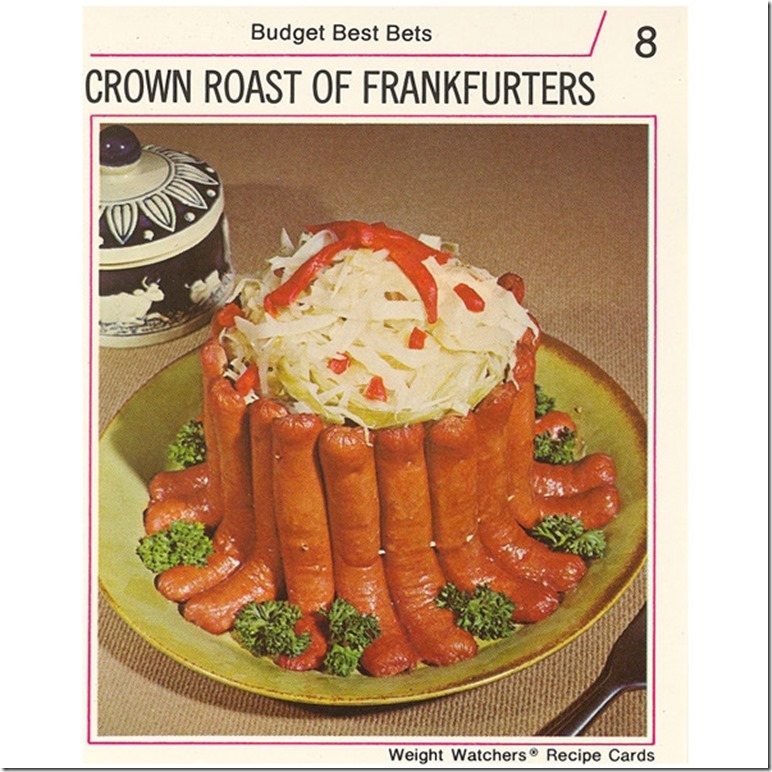 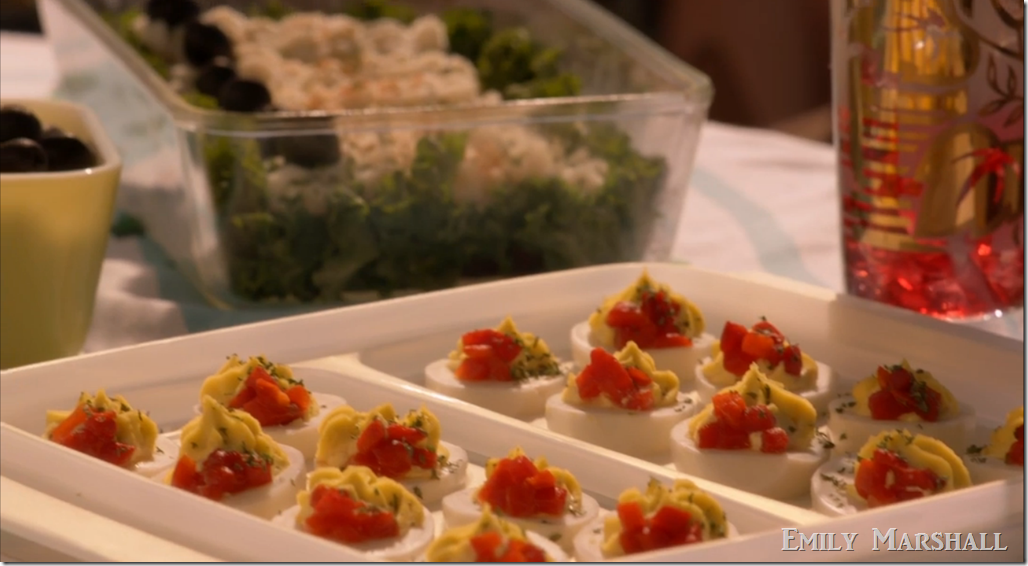 Emily took a screen shot of these so we could get a good look, mostly at the Tupperware deviled egg carrier! The eggs are just garnished with diced pimentos and dried parsley.

You can see a vintage recipe for deviled eggs in the Episode 2 post. 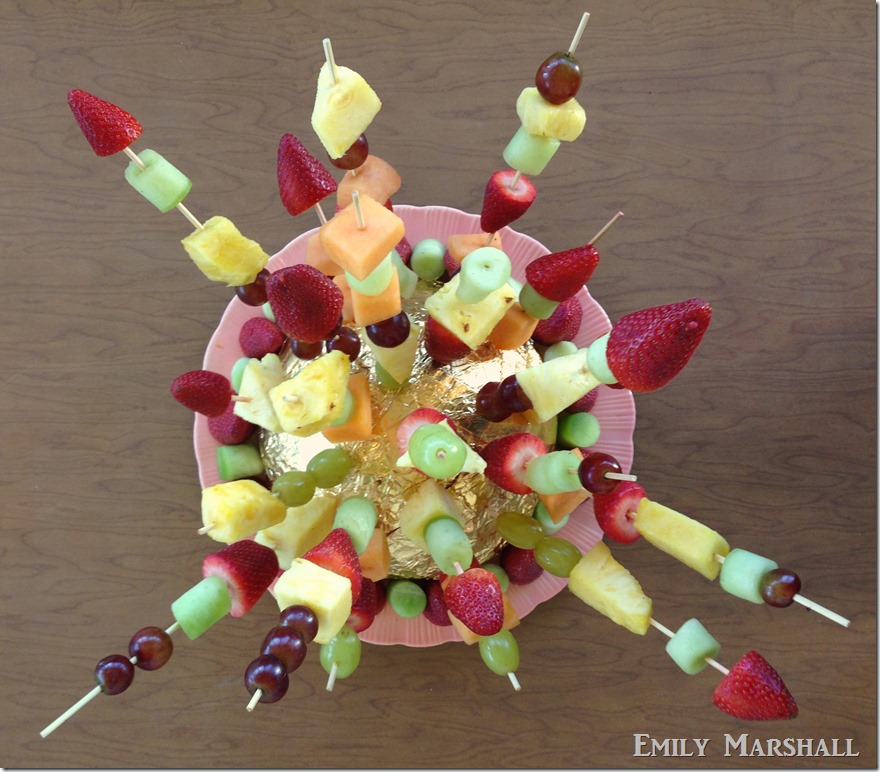 The inspiration for these easy treats came from the Better Homes & Gardens Barbecues and Picnics book from 1963. 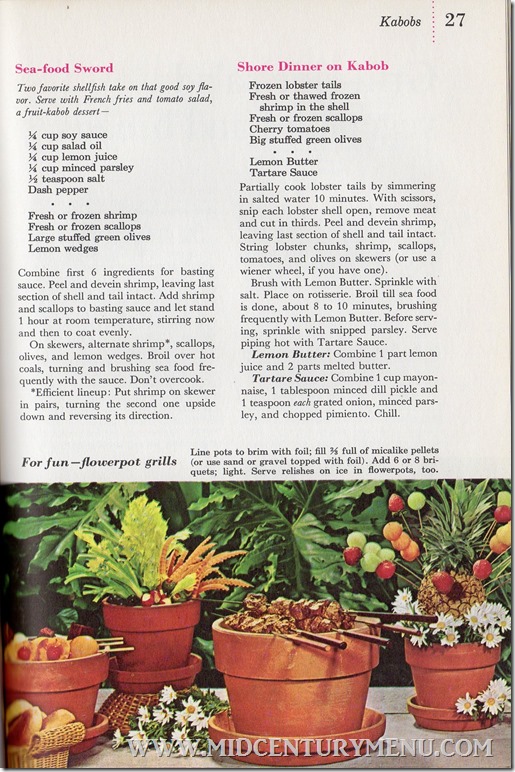 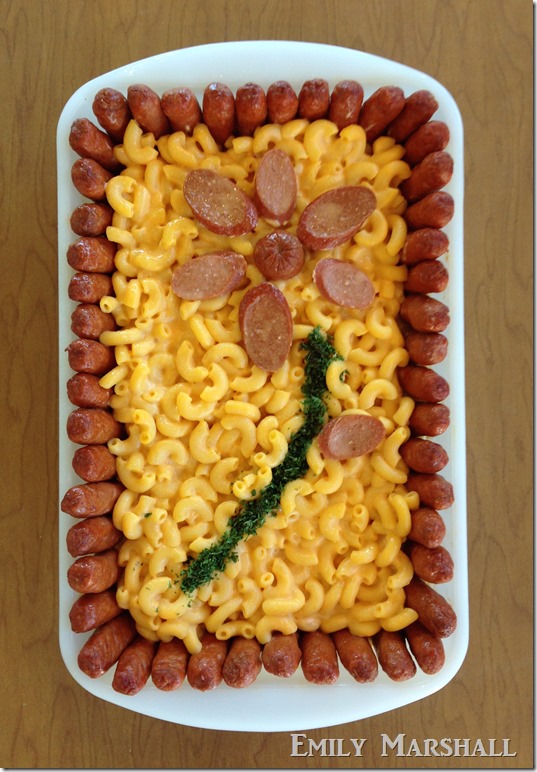 This lovely thing is just mac and cheese with hot dogs and fancy-stylin’. Emily says it is one of her favorite dishes she made, and I can see why! Those picket fence hot dogs are perfect. 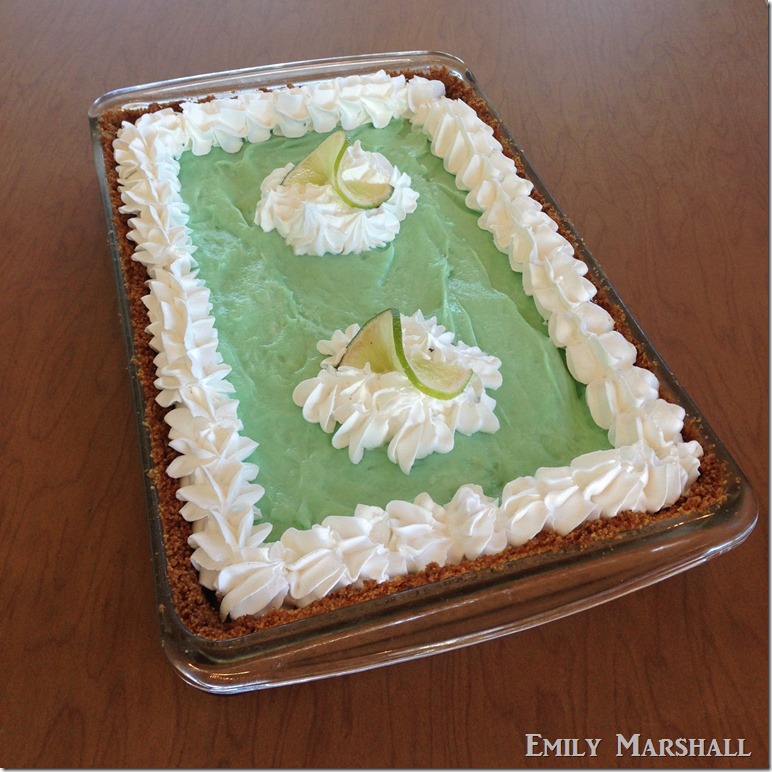 This is supposed to be a Key Lime pie, but Emily said she made it from a canned pie filling that was just horrible. But that’s a real, and very delicious, graham cracker crust under there. 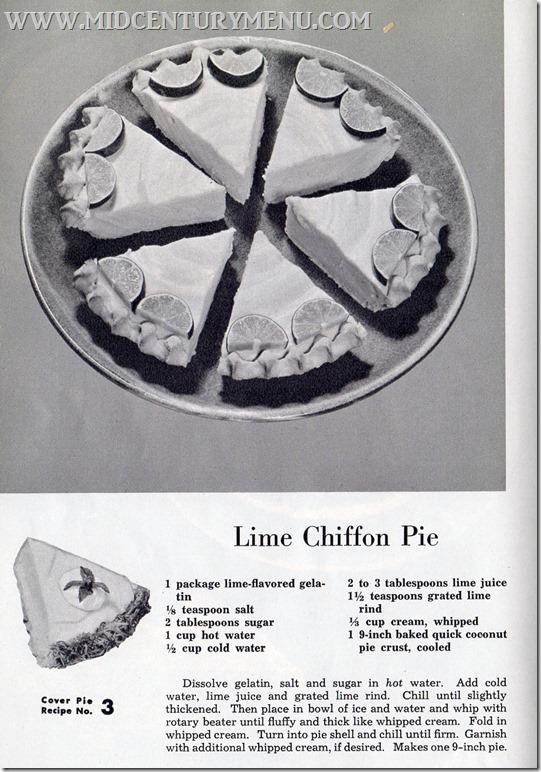 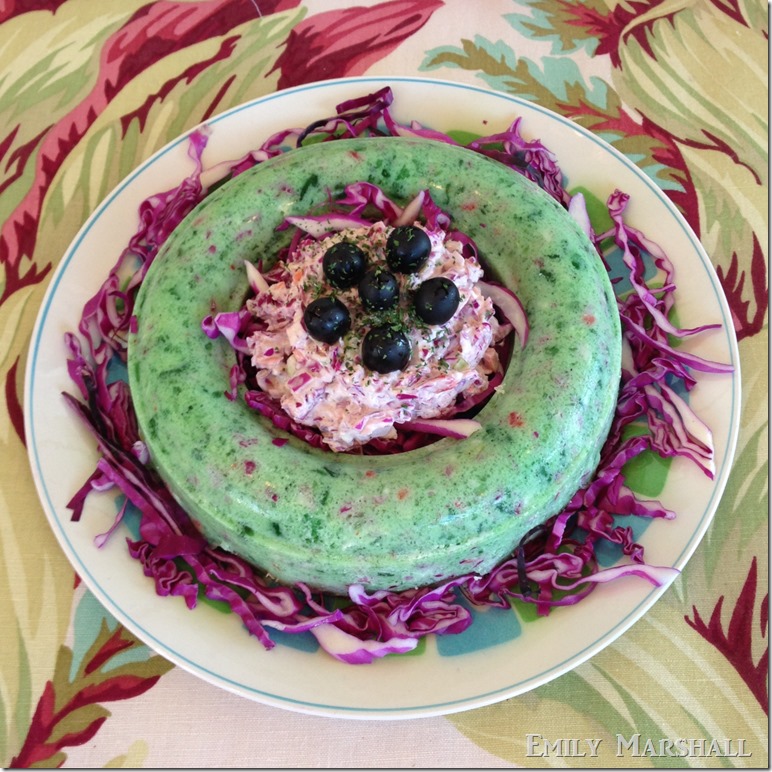 This molded cole-slaw is inspired by the molded potato salad recipe that was featured here on the blog. Emily put together a slaw with red cabbage and molded it into lime Jell-O mixed with mayo, and garnished it with more red cabbage. 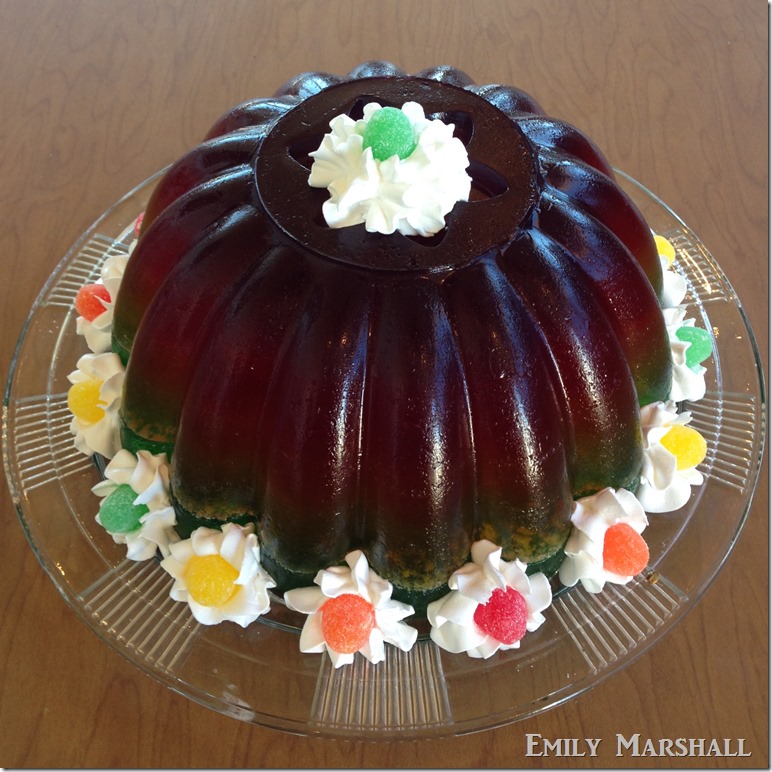 Emily worked hard on this gelatin, and she actually took the time to make it rainbow and says it looked INCREDIBLE sliced up – perfect rainbow lines!

This is inspired by Jell-O’s Multi-Stripe Delight, which is from the Joys of Jell-O from 1966. 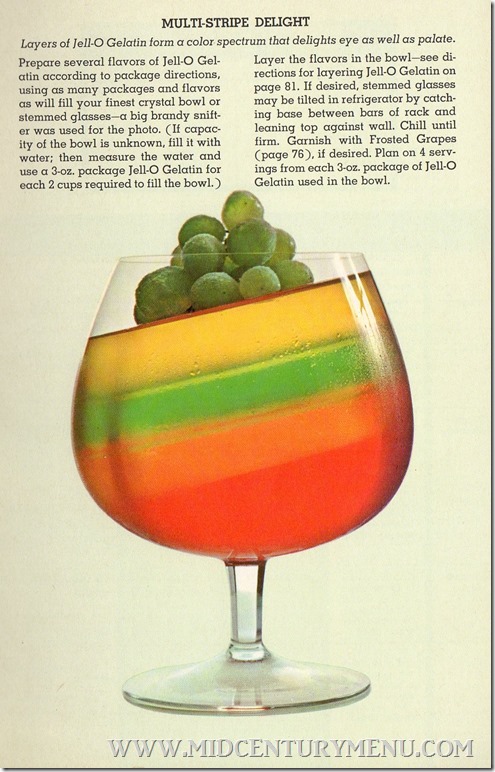 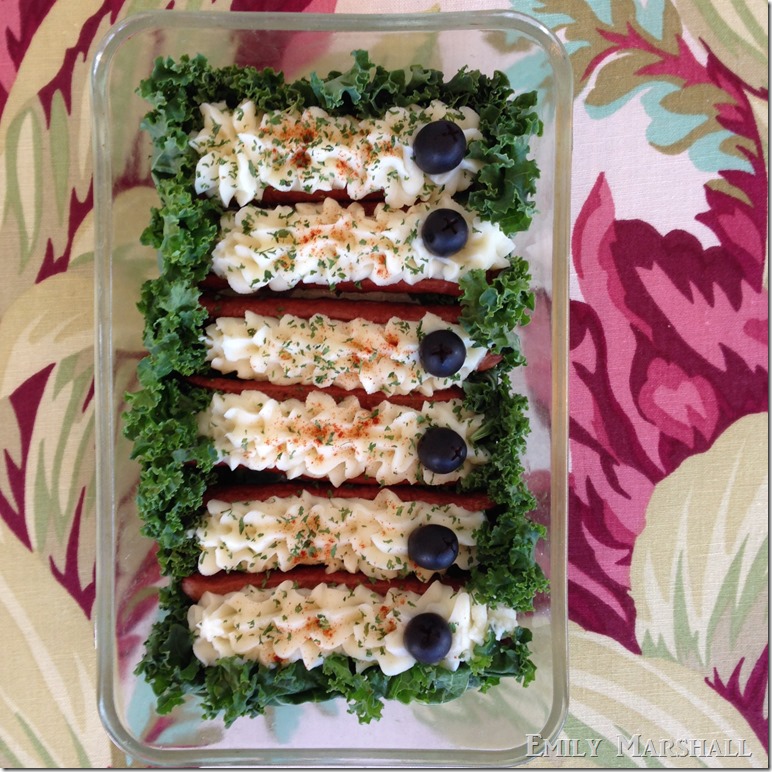 These are so awesome. They are inspired by Good Housekeeping’s Hamburger & Hot Dog Book from 1958. They give a TON of variations of this dish, so you can jam-pack your hot dogs with anything you want! 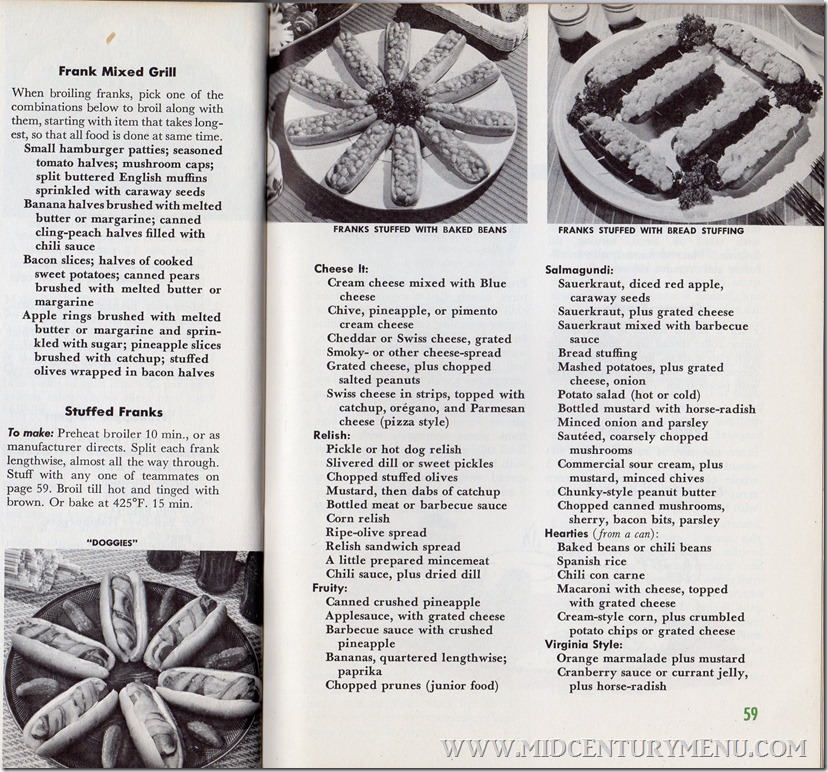 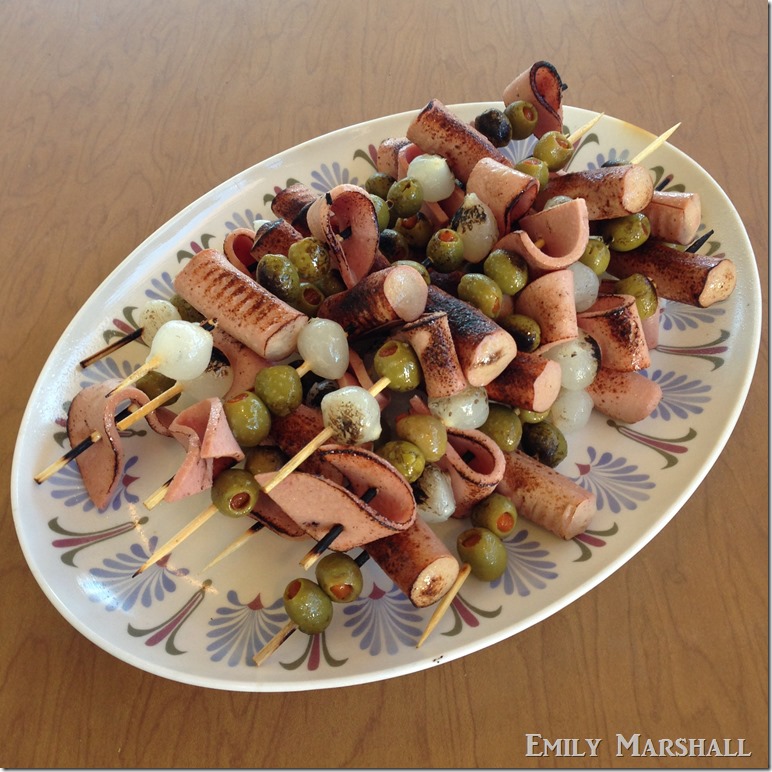 These were a mash-up of two different kabobs from the Better Homes & Gardens Barbecues and Picnics book! 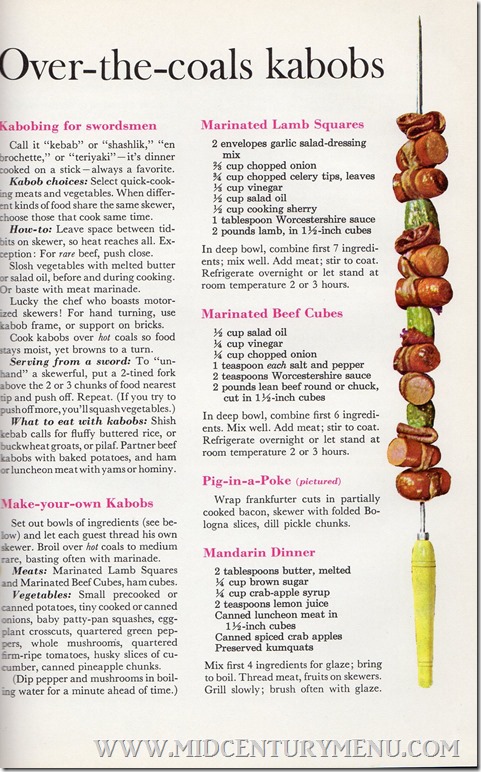 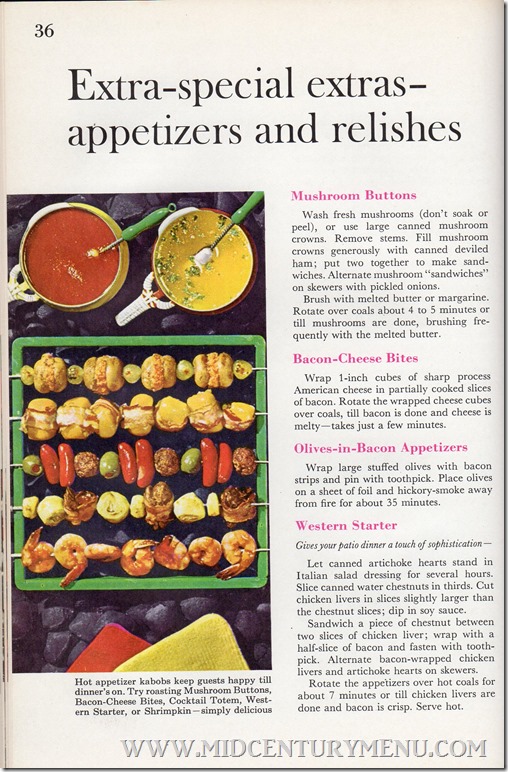 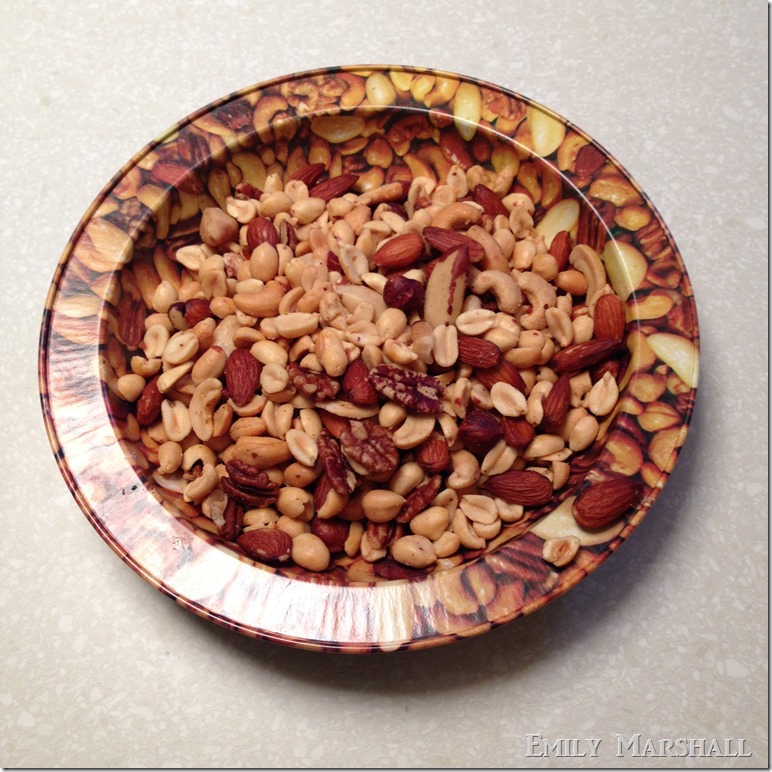 This party mix is a bonus pic. According to Emily, this is the nut bowl Marge is eating nuts from in the card playing scene. Emily bought it at a thrift store and used it again and again – that thing really made the rounds. She thinks it must have been made by Planters because it is screen printed in the exact mix and ratio as Planters Party Mix! 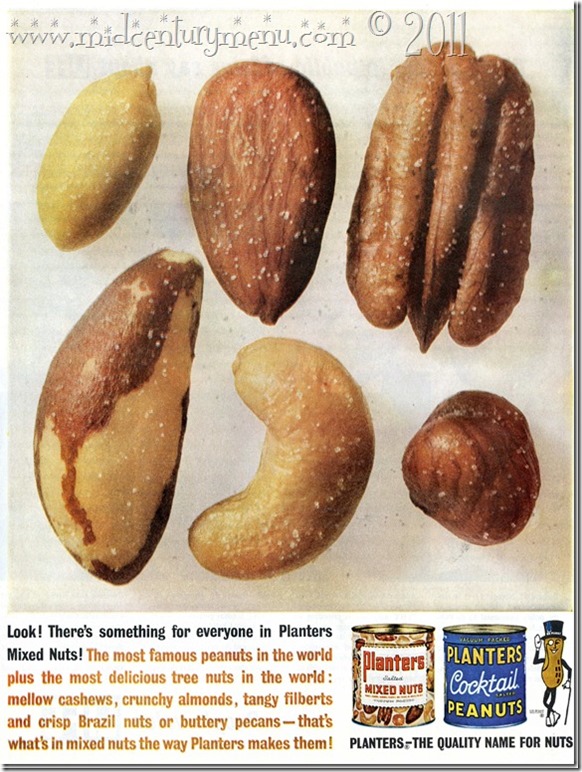 A big thanks to Emily Marshall, who was so generous in sharing all her awesomely styled food pictures! And if you like this and want to see more, make sure to tune in tonight at 8 pm on ABC to watch more of Emily’s food in Astronaut Wives Club, and come back next week when we showcase food from Episode 7!