The Food of Astronaut Wives Club Episode 5: “Flashpoint” – Behind the Scenes With Food Stylist Emily Marshall 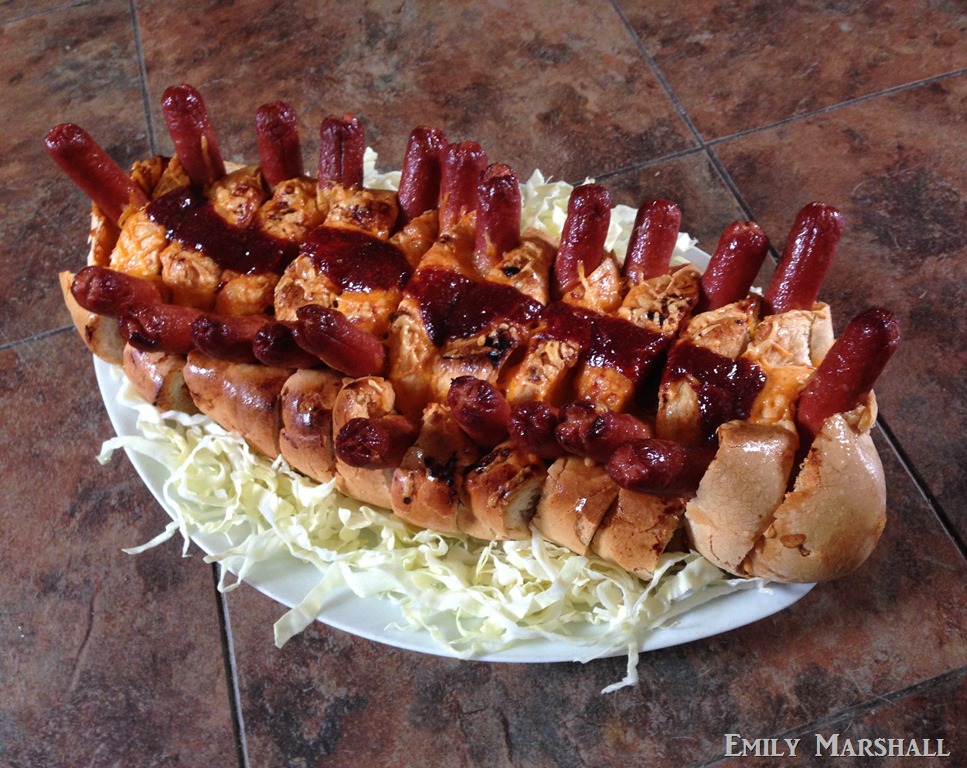 I have to say, I am loving this week’s food from behind the scenes of Astronauts Wives Club!!! Episode 5 was a heavy on hamburgers, hot dogs and deviled eggs. In fact, I was super-excited to see the hot dog loaf in Episode 5 that was inspired directly by this blog. Yay!

I am happy to bring you some close-ups of this food courtesy of food stylist Emily Marshall, who worked like crazy to make sure that the food from Astronauts Wives Club was the most mid-century it could be! So, let’s dig in! 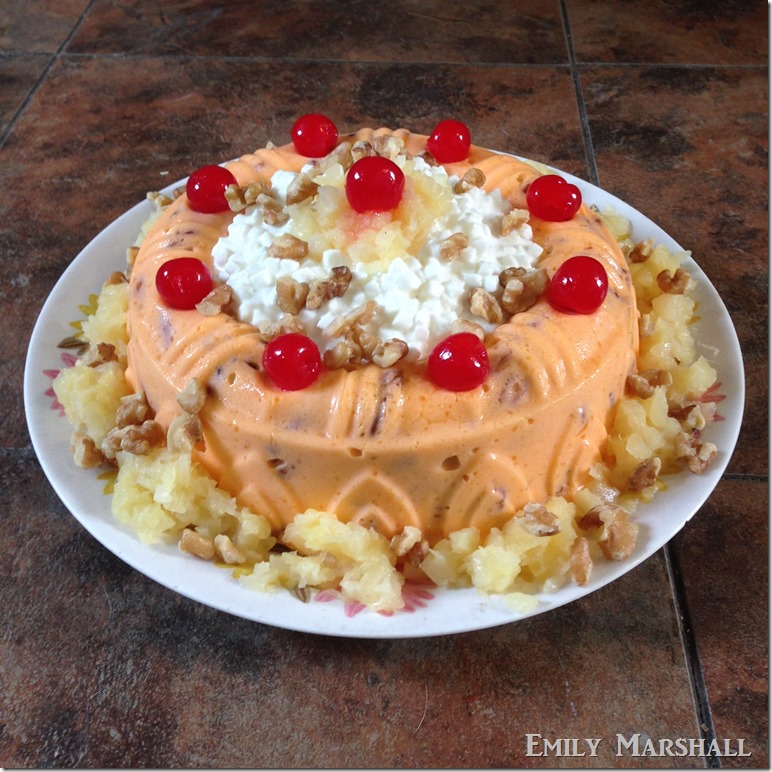 This lovely thing is apricot Jell-O with cottage cheese and crushed pineapple. Yum. 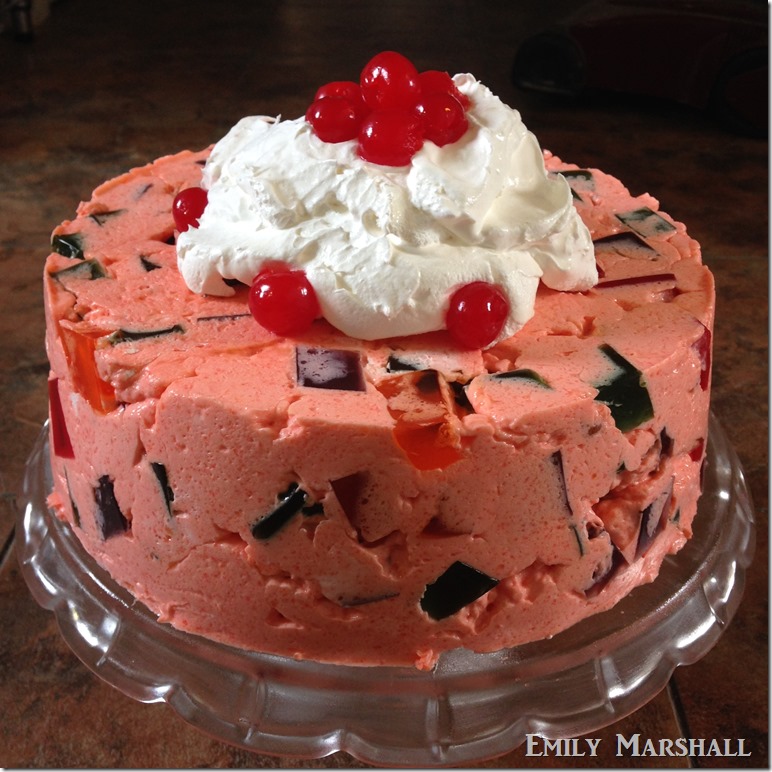 Another lovely one. If you want to see the recipe, I posted it last week (towards the end of the post). 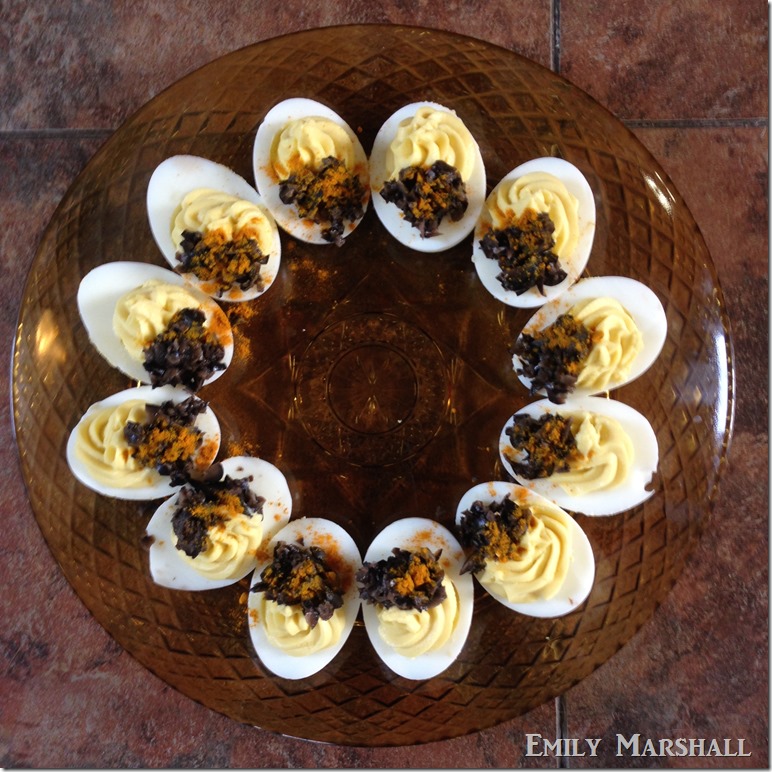 A recipe for these was posted a few weeks back in the Episode 2 post. These are covered with black olives and turmeric. 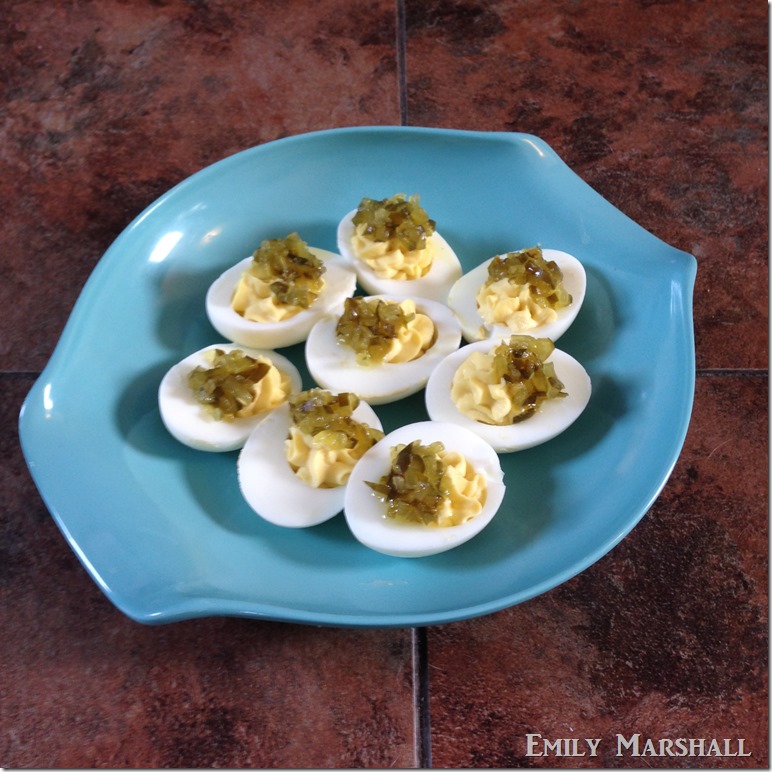 This time, with relish! 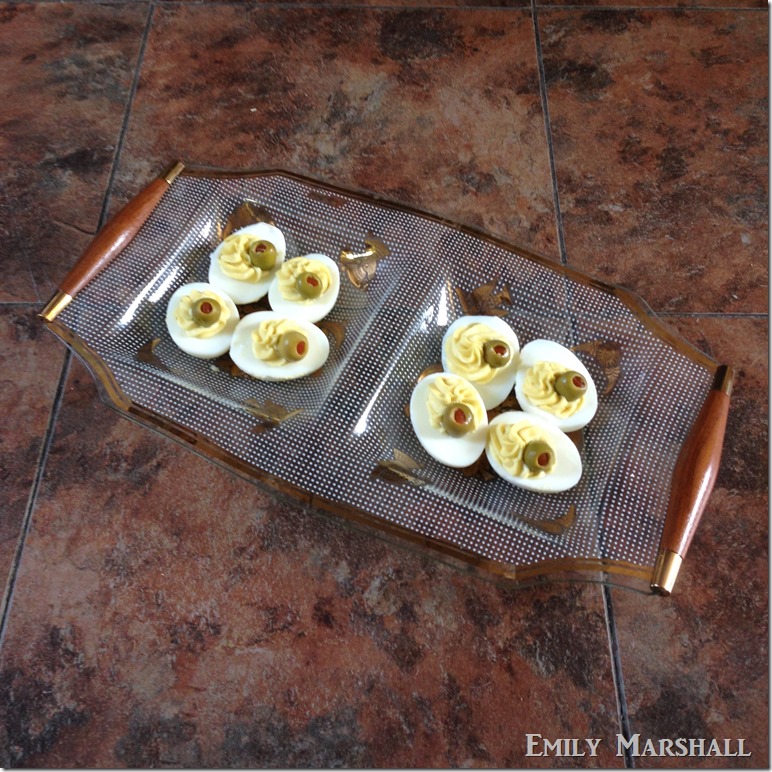 With olives. This is actually a really good combo, I think! 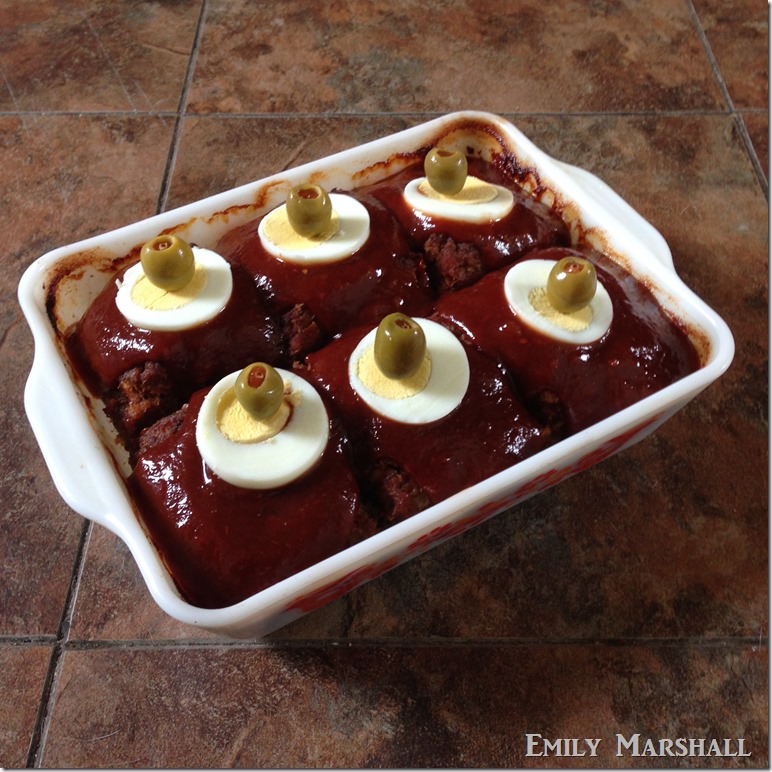 It looks to me like this is just a regular meatloaf covered with barbecue sauce. So, here is the meatloaf recipe I normally use for “regular” meatloaf. 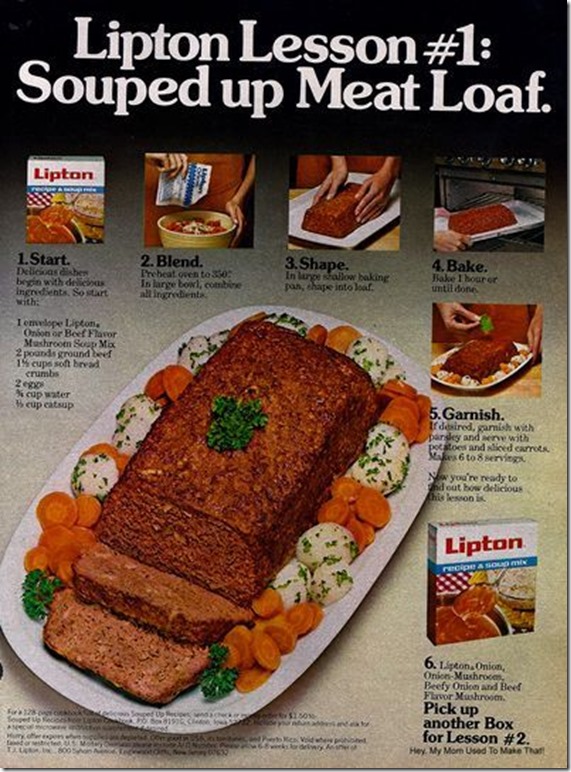 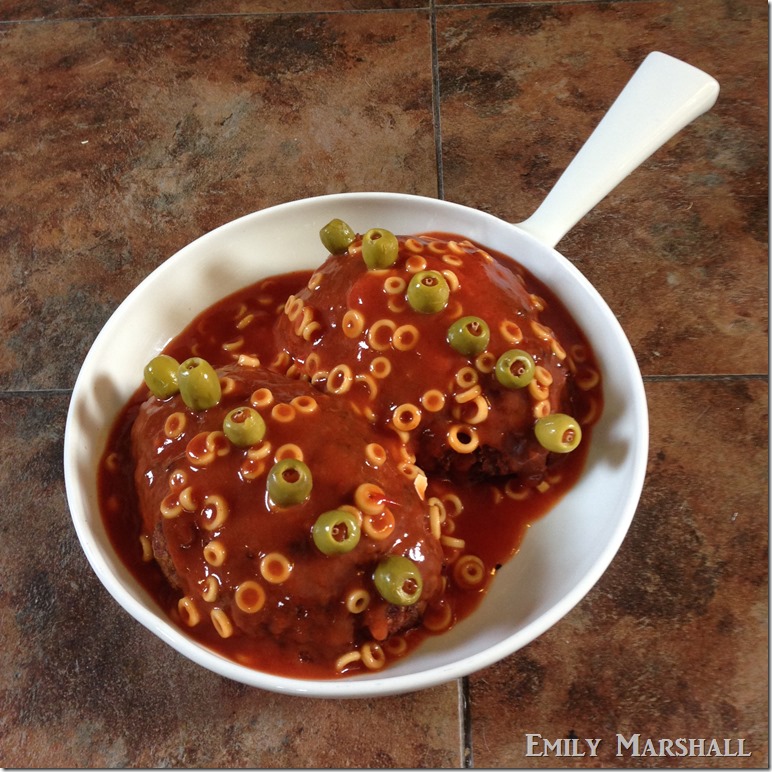 This is exactly what it looks like: Meatloaf covered with Spaghetti-Os. It looks like they were patterned after these Stove-Top Meat Loaves from this Campbell’s soup ad, though instead of pouring tomato soup over them Emily subbed the O’s. 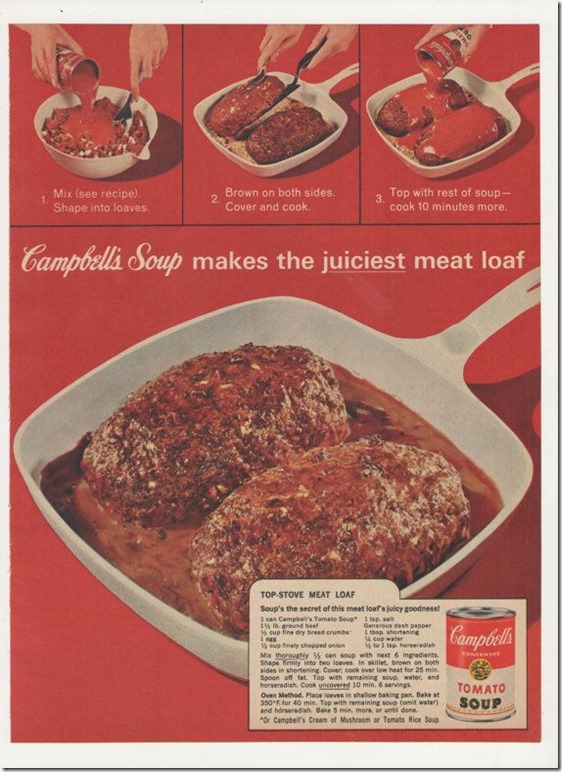 Hilariously, according to Emily, they ended up not using this dish in any of the shots. They just thought it was too out there! 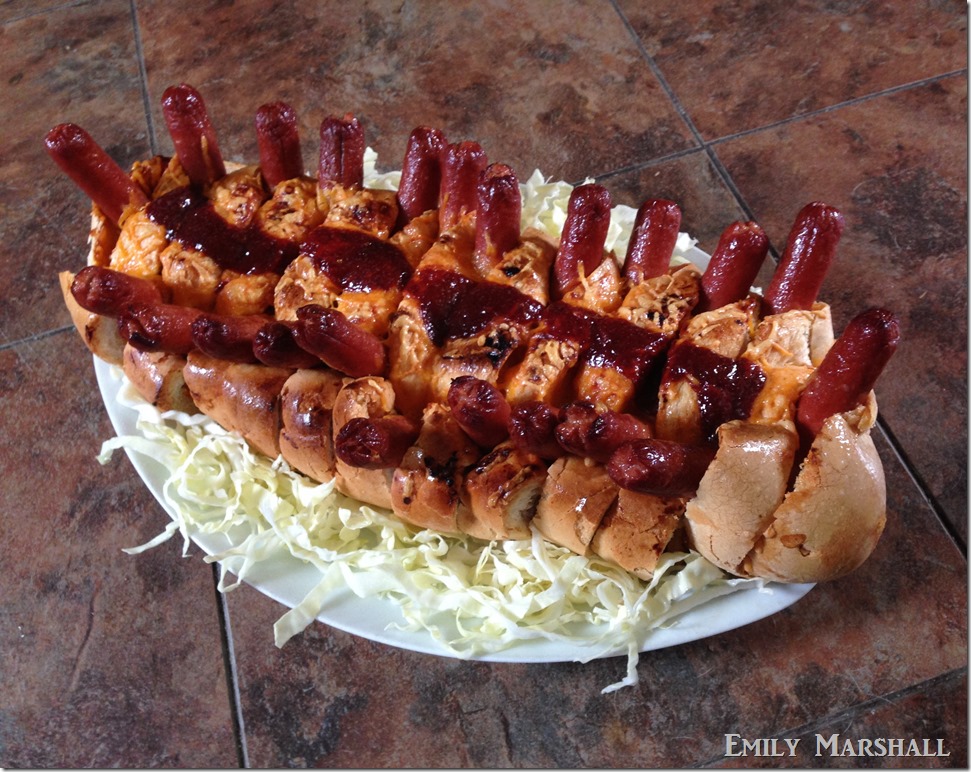 Here it is! The hot dog loaf! This was inspired by this bad boy, Cheese-Frankfurter Loaf, which we made a few years ago on the blog. 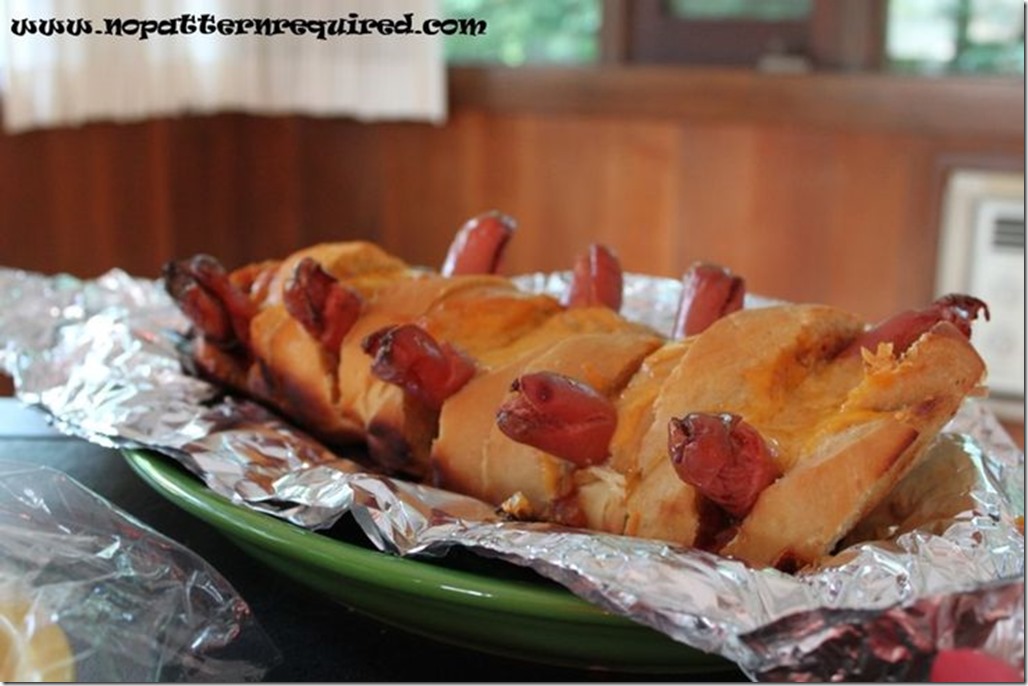 Though this looks completely bizarre, the concept behind it is actually pretty cool. The loaf actually pulls apart into individually-bunned hot dogs, completely dressed with cheese and sauce. While I wasn’t a big fan of the sauce, the concept worked very, very well. Except you had to push down the hot dogs when eating it so they didn’t poke you in the eye. Ahhh…mid-century food. 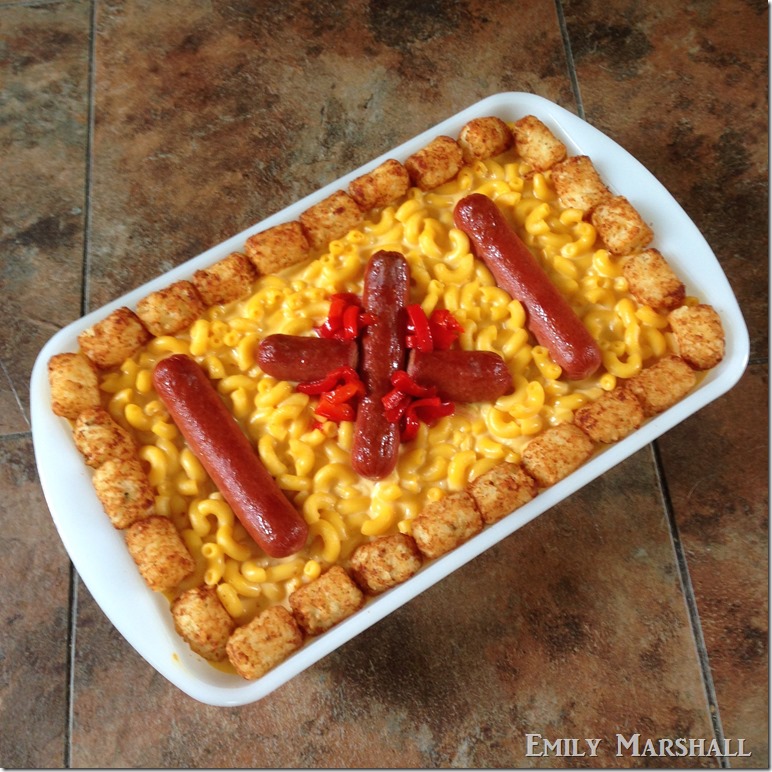 The tater tots are a great addition! 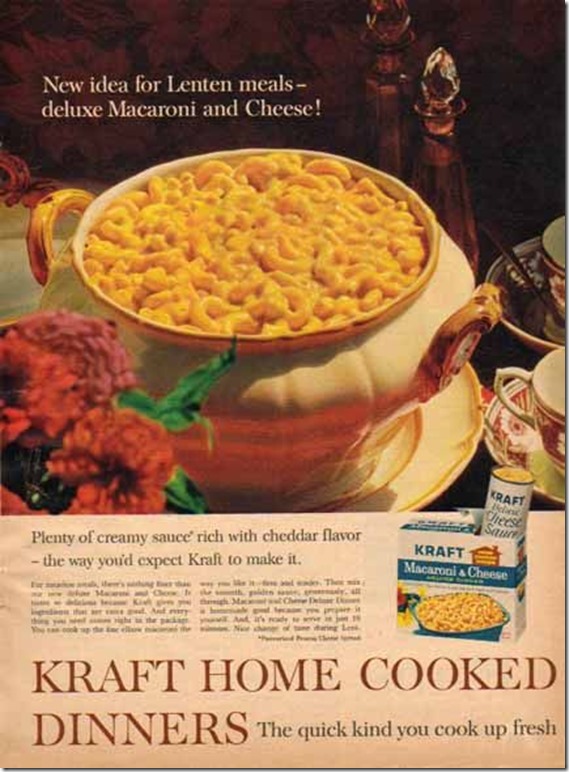 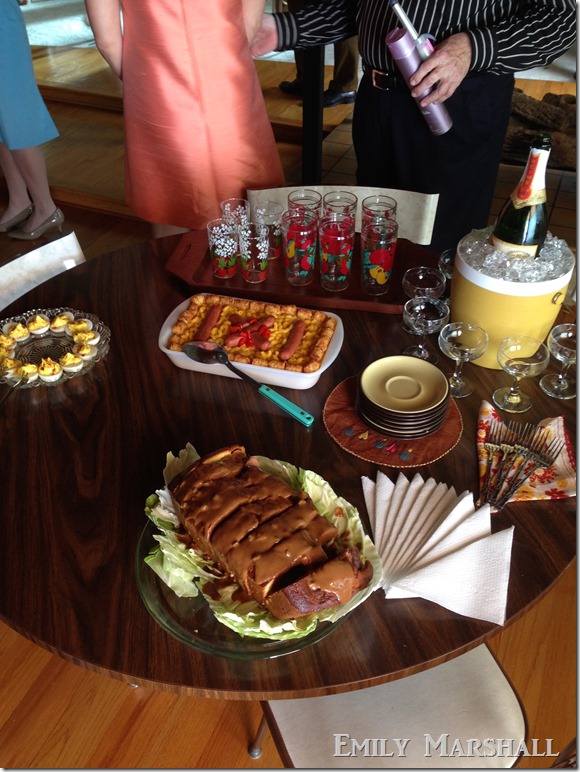 The empty spot on the table is waiting for Marge to walk in with the Pull-Apart loaf and set it down.

Apparently, there is tag-along in this picture. Out in front is the Frankfurter Loaf that we posted a while back, but haven’t made yet! If anyone is interested in what it looks like…there you go. 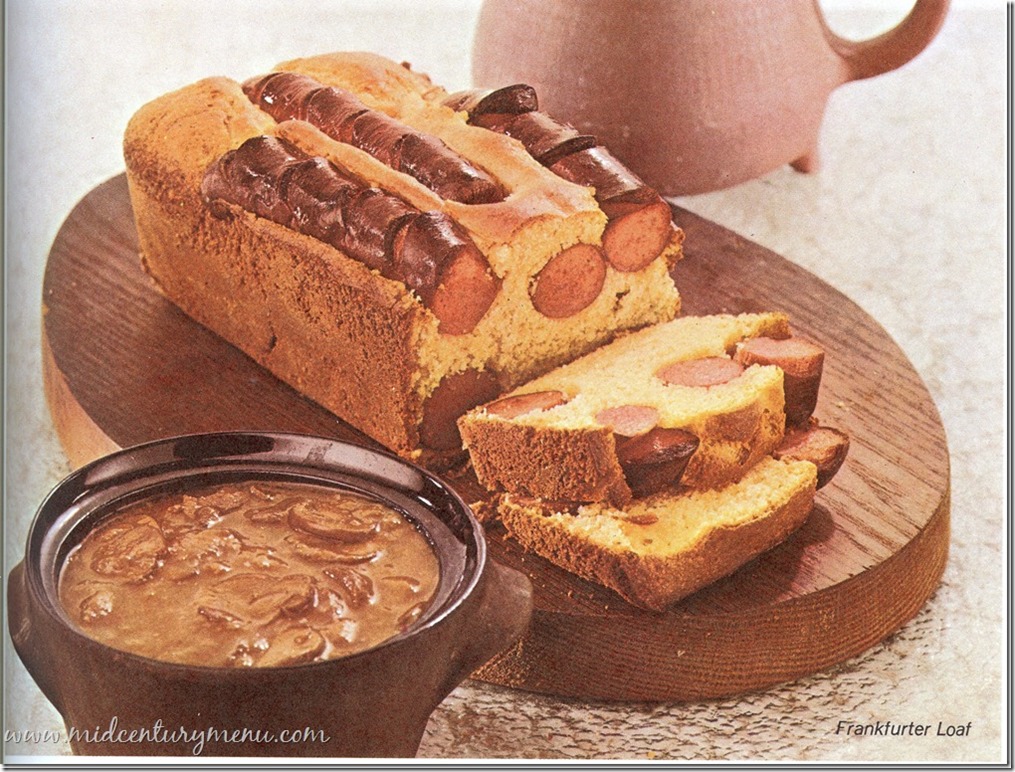 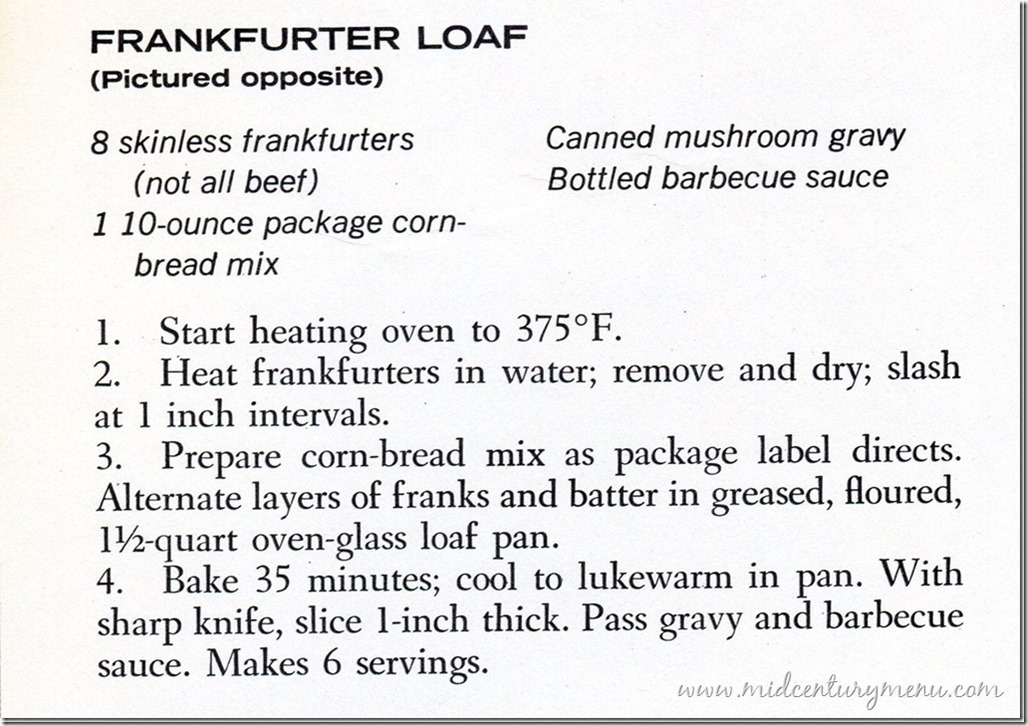 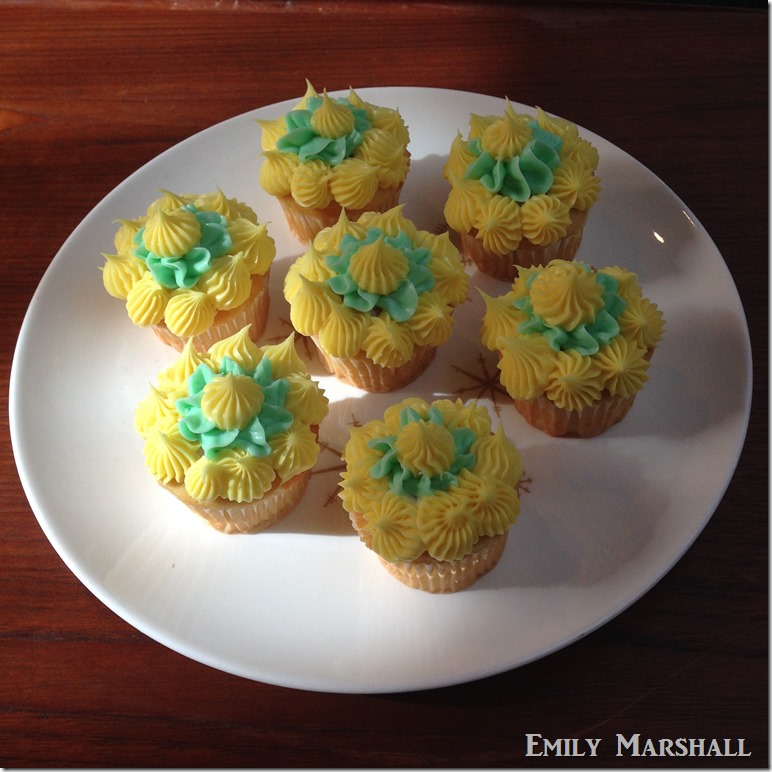 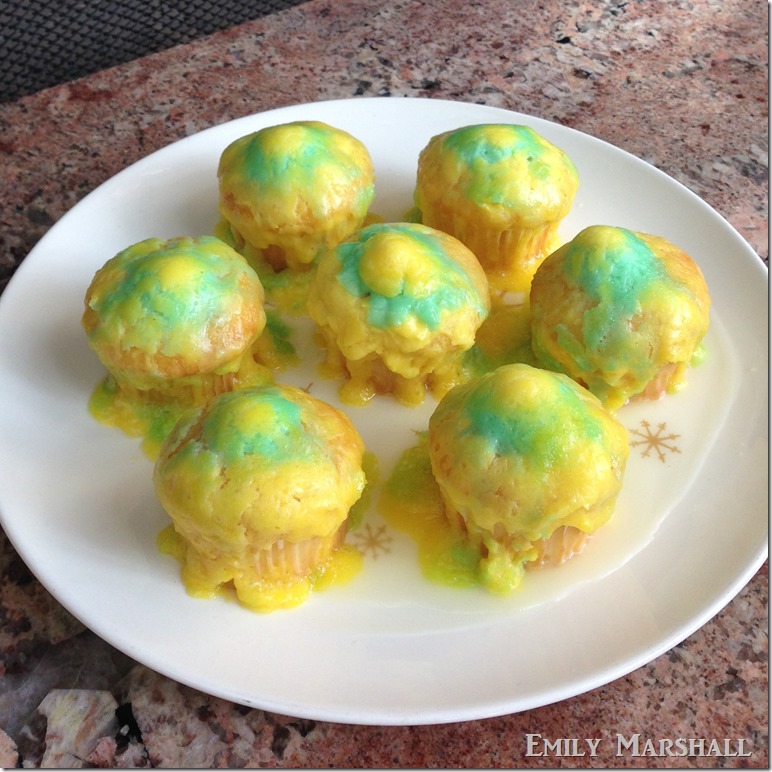 I loved this scene! When they show up at the door with this pathetic plate of cupcakes, just trying to get some air-conditioning, I laughed so hard. It is even funnier seeing how they looked before they were “melted”.

Emily says she used a painters heat gun to do the melting. She came to set with them unmelted, as the director got the say on how melted. 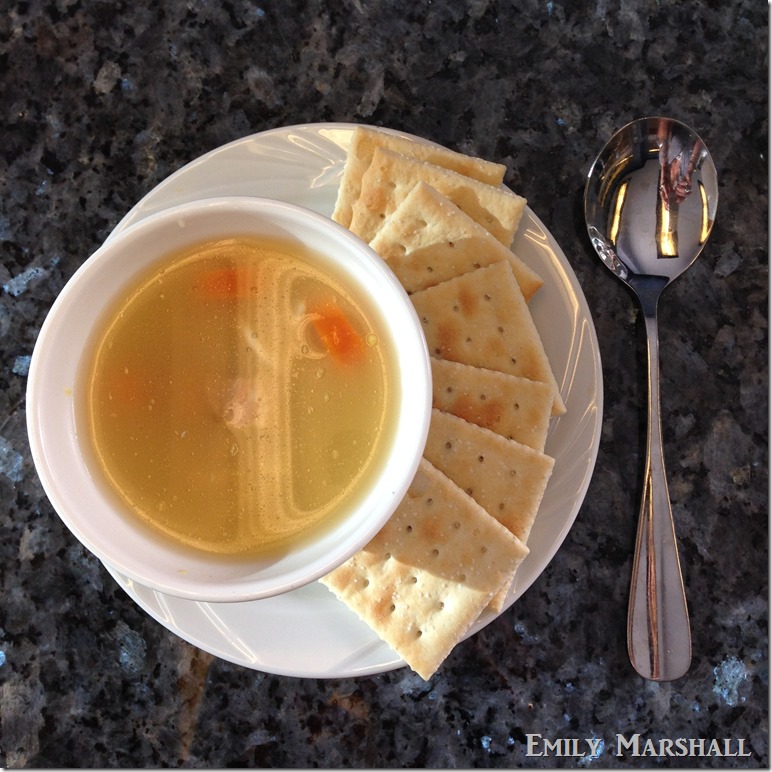 Some soup and sandwich inspiration! 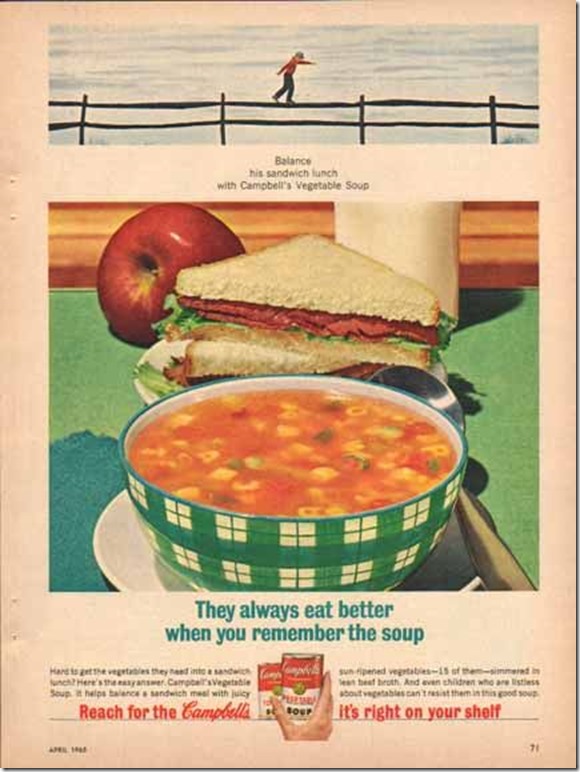 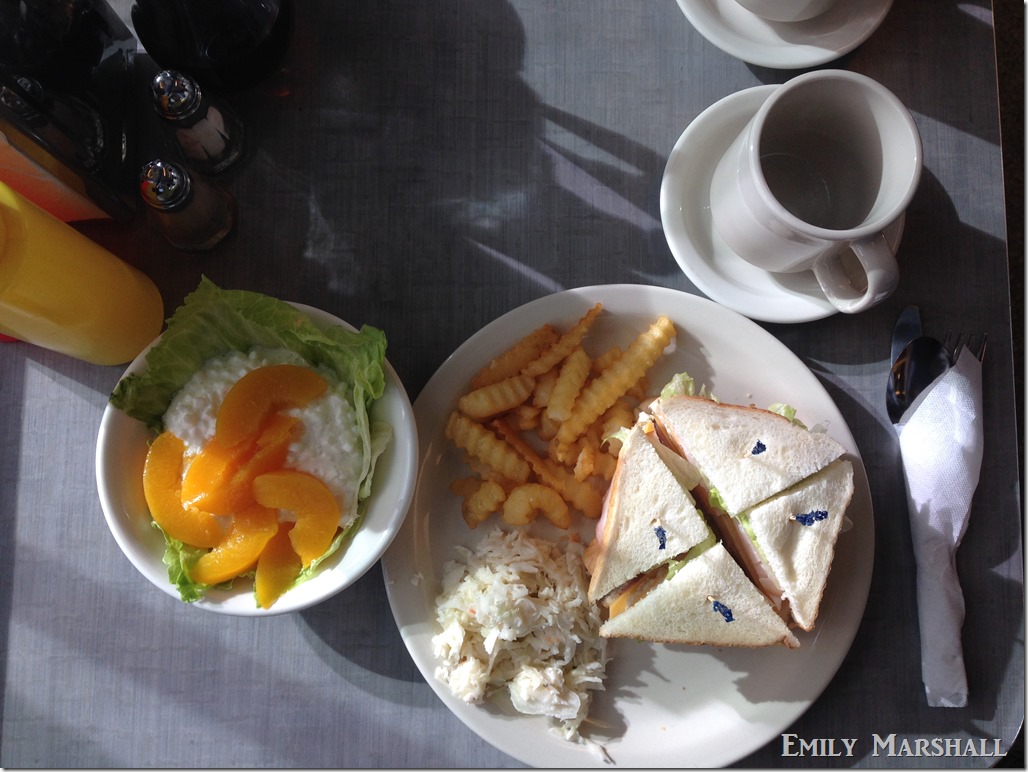 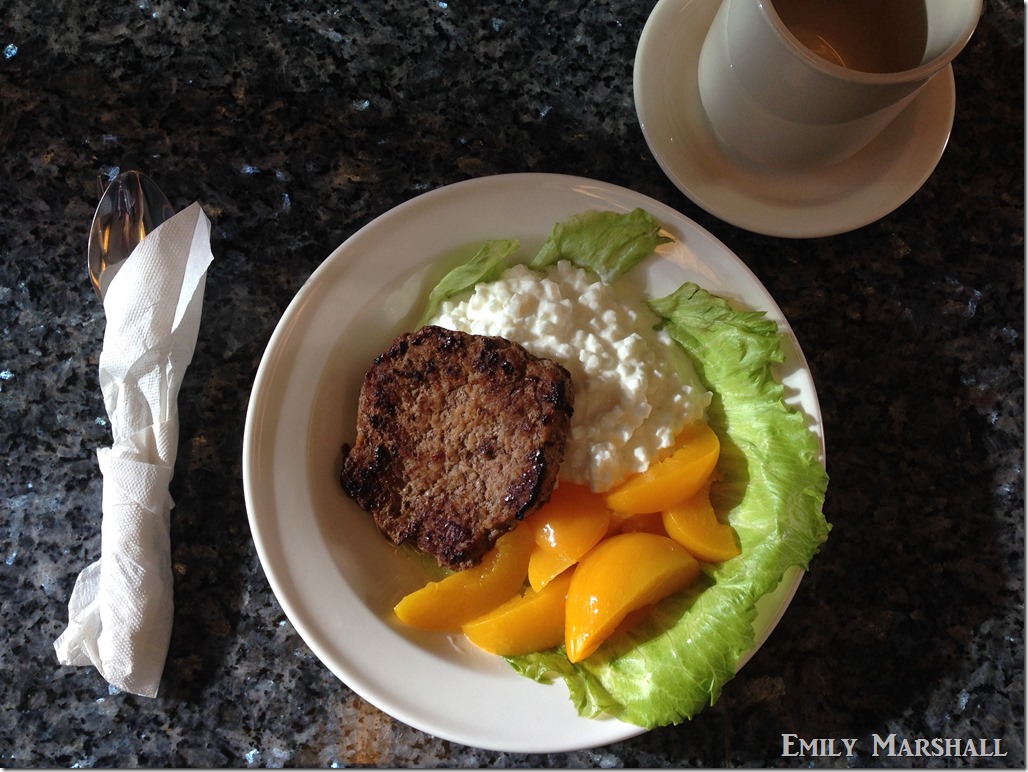 Emily says even though this plate didn’t get shown in the show, she was still very excited to make a dieter’s plate. 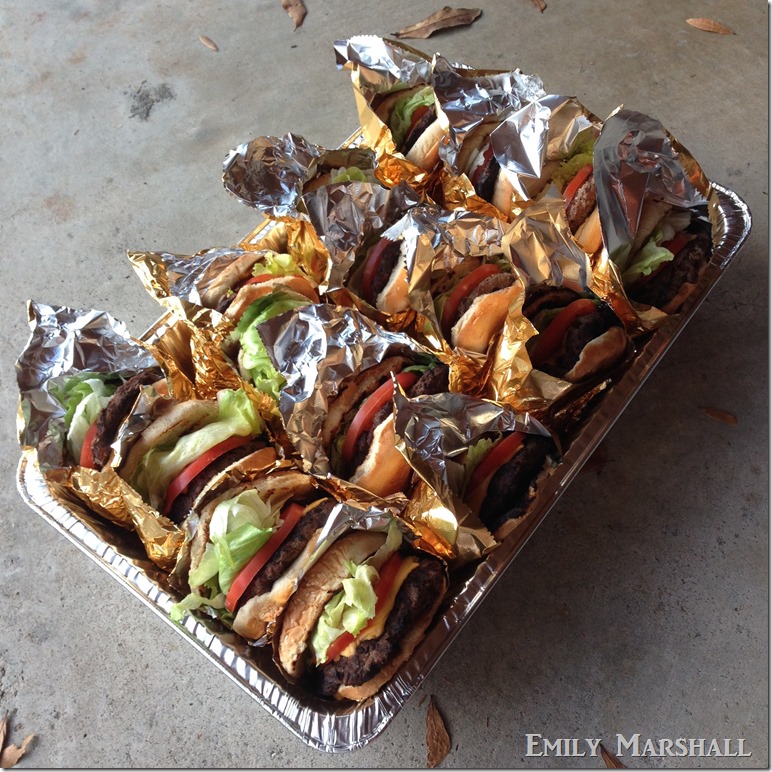 Emily says that she made a bunch of burgers for the scene where Trudy and Dot are eating late. She had about 45 of them as she had to have 2 burgers per scene and you never know how many takes. Did they even eat the burgers? Nope. Emily says the actresses played around with fries instead, and the crew had a very yummy second meal that night.

Who else was totally in love with all the brightly colored picnic things at the end of the episode? I need a turquoise grill and a yellow cooler! According to Emily, the grills were custom built from photos and illustrations found in Life Magazine at the request of the show’s Property Master, Johnathan Hodges.

A big thanks to Emily Marshall, who was so generous in sharing all her awesomely styled food pictures! And if you like this and want to see more, make sure to tune in tonight at 8 pm on ABC to watch more of Emily’s food in Astronaut Wives Club, and come back next week when we showcase food from Episode 6!