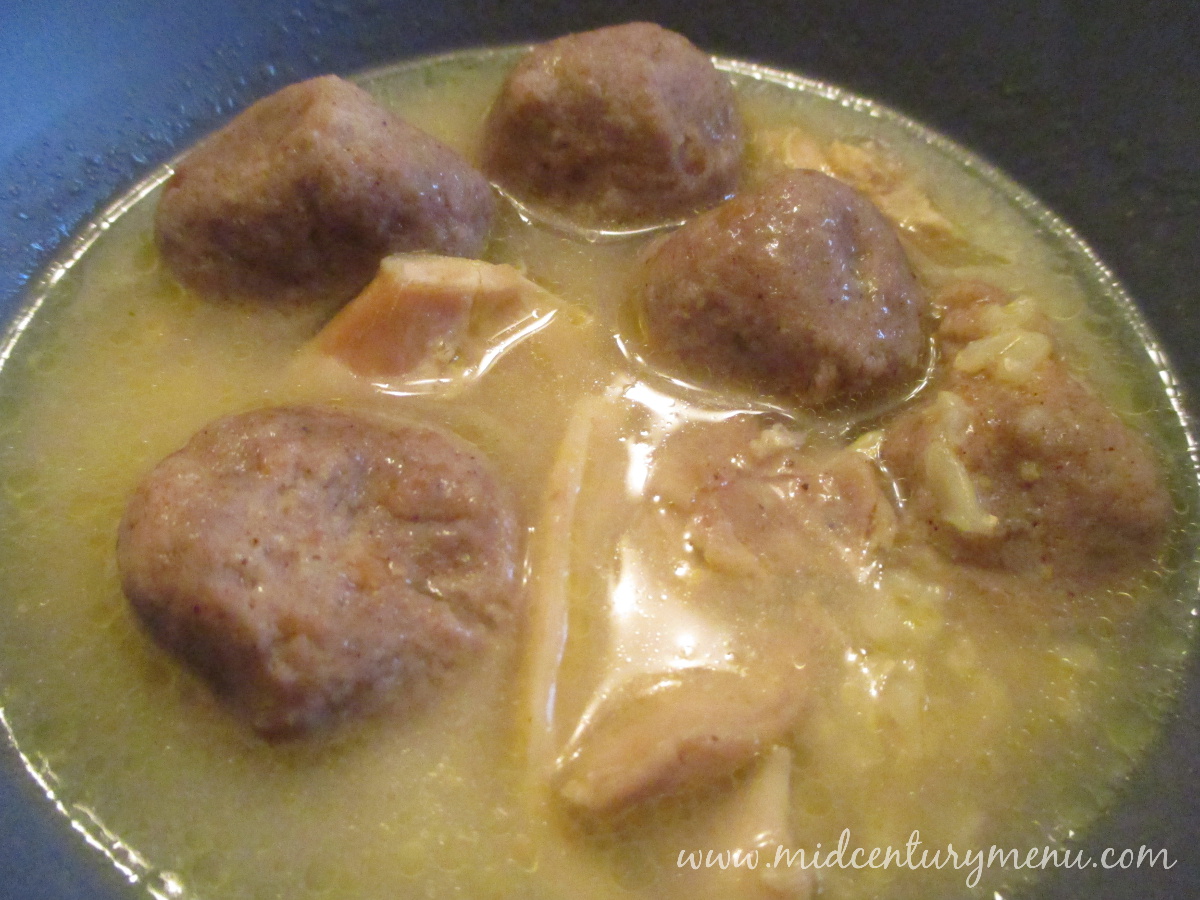 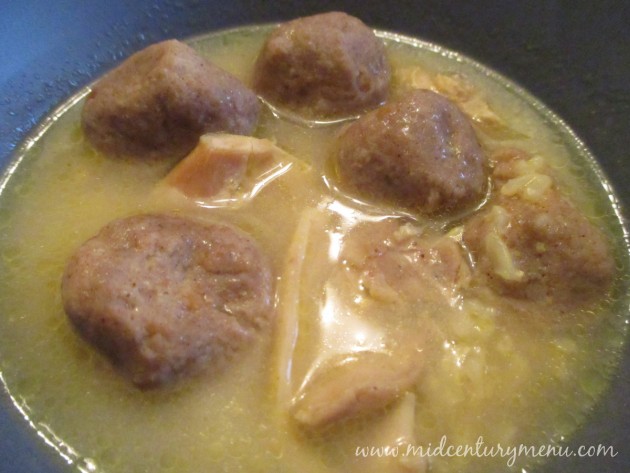 These dumplings, though… hmm. 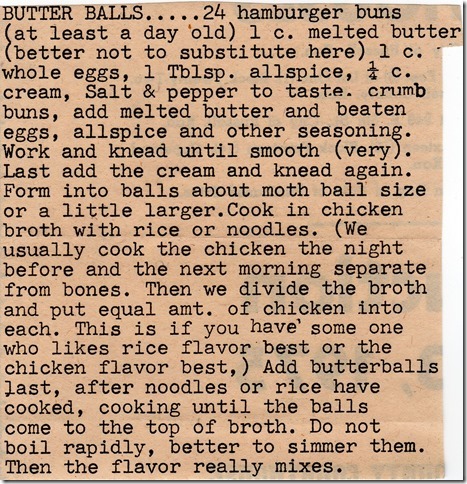 What’s most unusual about this recipe is that it’s more stream of consciousness than instructions. It’s got interruptions, speculation on variation, and commentary on why you’re doing things.

Not to say this is bad, necessarily — it’s simply unusual to feel like the recipe is having a chat instead of dictating precise instructions. 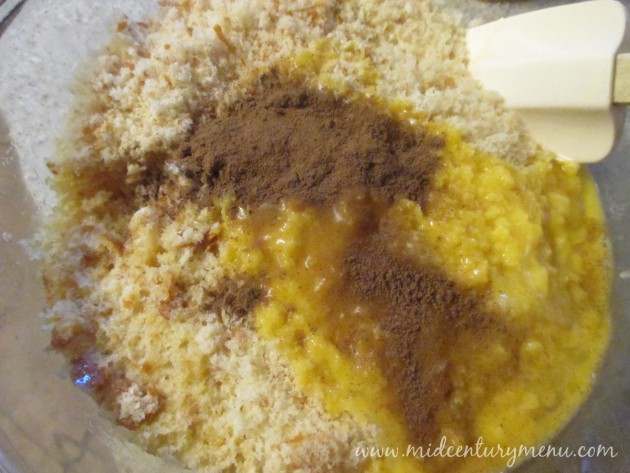 We made a half-batch of these, because I only had 12 stale hamburger buns on hand. 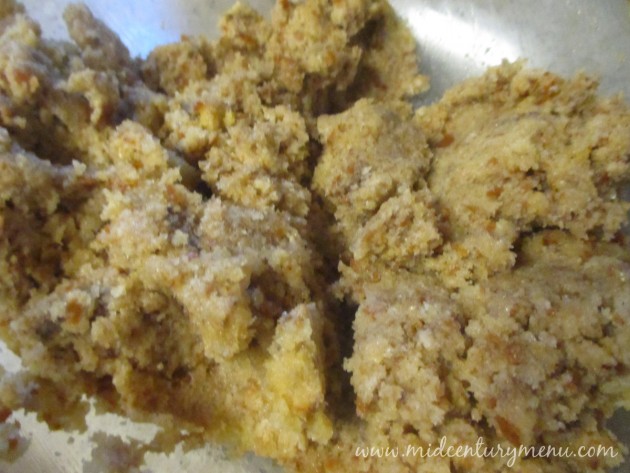 At first I was concerned that I’d misread something when halving the recipe, because the crumbs immediately soaked up all the liquid and it looked awfully dry. 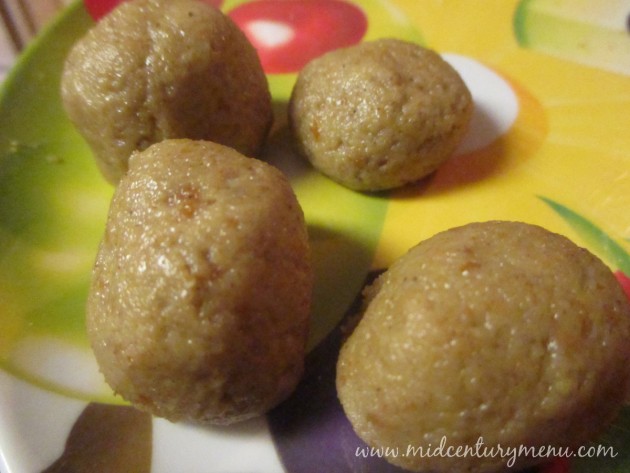 After plenty of kneading, though, it got smooth and goopy (which Chatty McRecipe had assured me would happen).

As an aside — it’s about 8-10 minutes of simmering for them to cook and rise to the top of the broth. Not long at all! 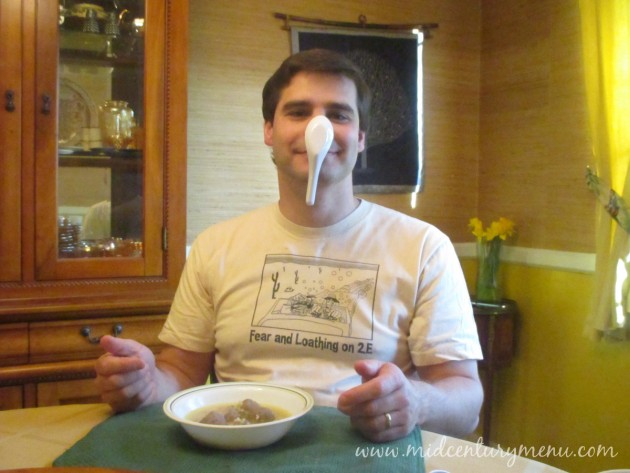 “Alright, time to tas— what are you doing?”

“Balancing a spoon on my nose!”

“Mmmm, it smells like Thanksgiving.” And then he put a butter ball in his mouth. 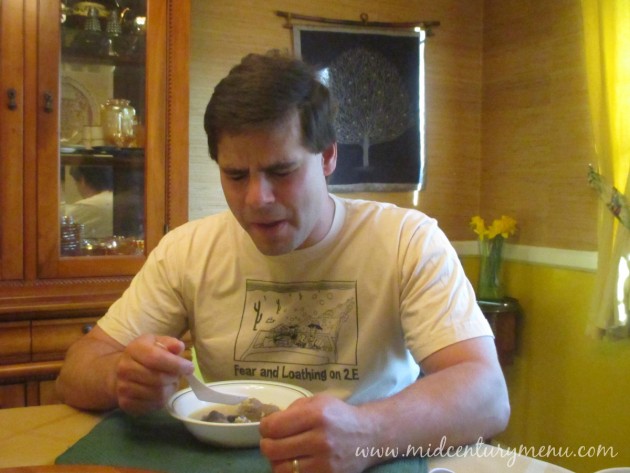 “Oh man, that’s bad. Is it supposed to taste like that?”

“I double-checked the recipe and the measuring spoon. Yes… apparently it’s supposed to taste like that.” 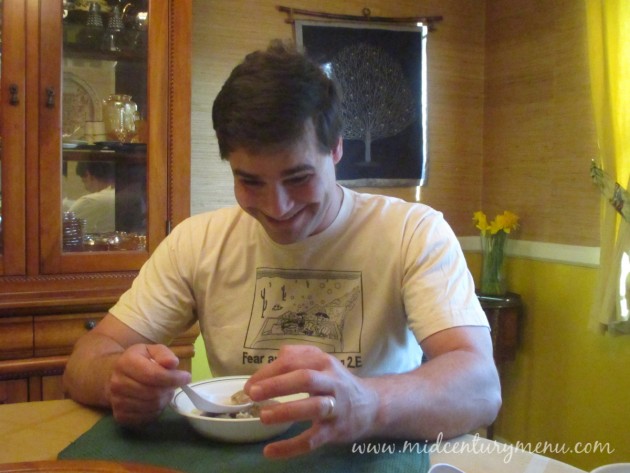 “I see what they were going for, but it feels like the allspice went for a hostile takeover. Oh, wow, I need water.”

Verdict: Allspice with a hint of chicken.

From the tasting notes:

The allspice could be nice if there was a lot less of it. It sort of punches you in the back of the throat so you can’t taste anything else. Consistency was very buttery. Maybe a teaspoon of allspice for 24 buns…