And not just any pie. This is a no-bake peanut butter cheesecake in an Oreo crust. 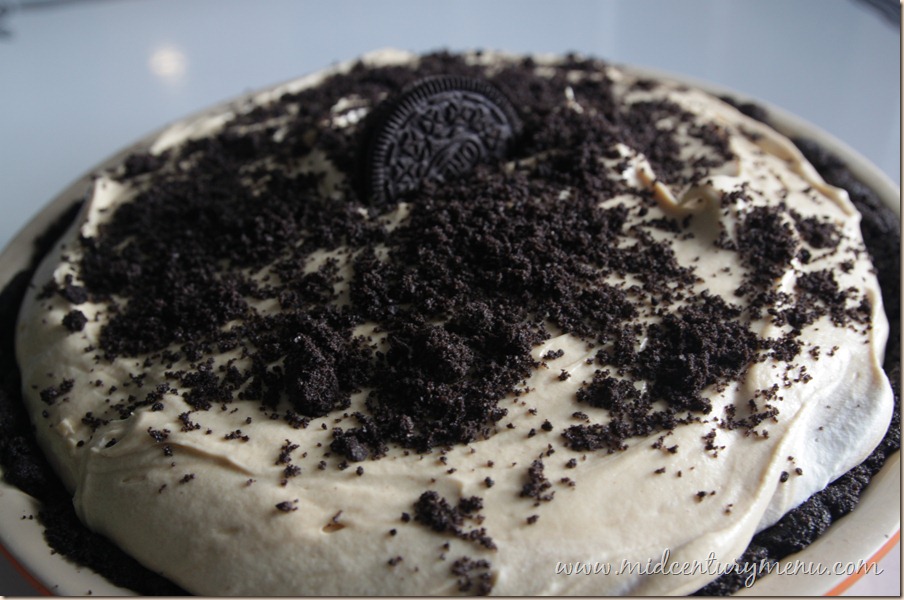 Before we even start this recipe, I would like to point out the lone Oreo in the center of this pie. This pie was originally suppose to have Oreos ringing the outside, but SOMEONE (*Yeah, it was Tom) busted into the package of Oreos while my back was turned and made off with all the garnishes.

All I have to say is that he is lucky he is cute. 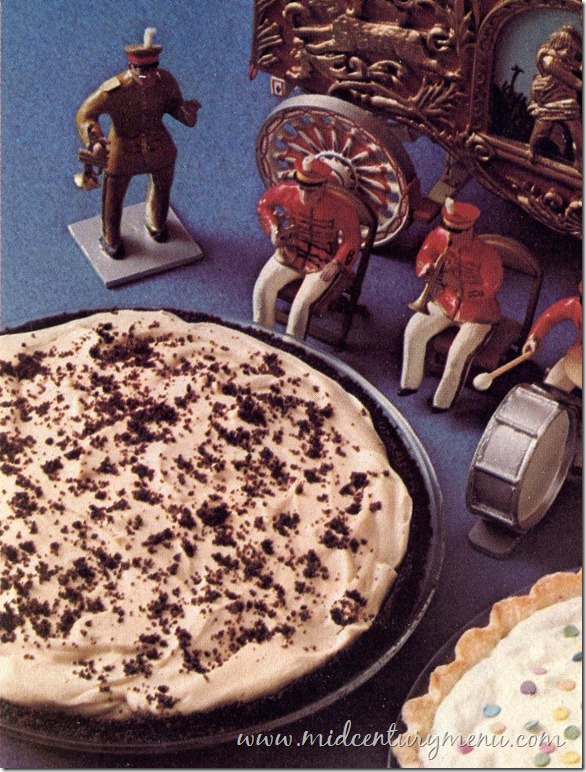 I stumbled across this recipe in “Create A Circus Spectacular Recipe Book”, which was published by Borden in 1976.  It is a cute nine page pamphlet with pretty much every recipe in it made and photographed, and all the food photography contains at least six circus toys. I have to admit, it is a pretty entertaining book.

Get it? Entertaining? And it’s a circus book? Because they…entertain… 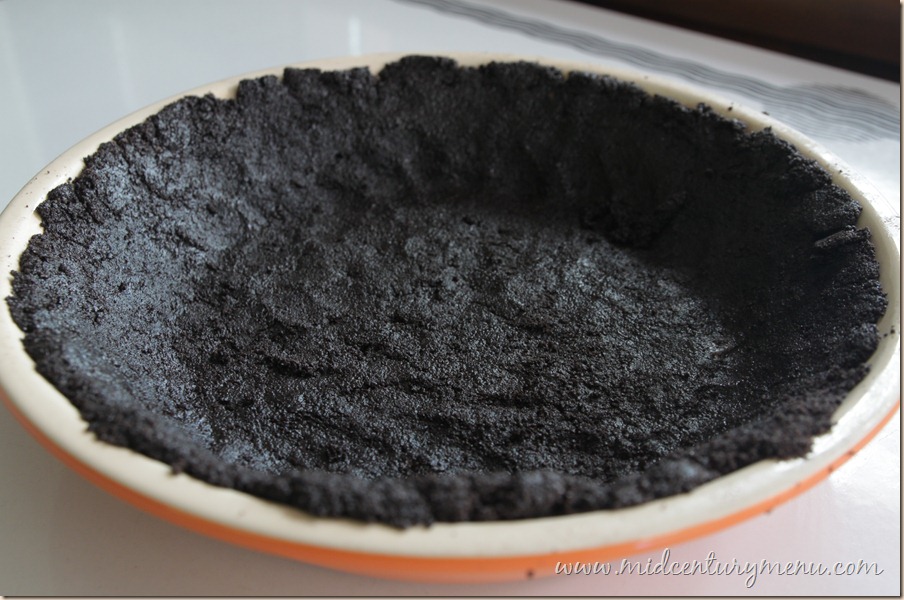 Oh, and if all this sounds familiar it is because I just posted another no bake cheesecake from this book, Carousel Orange Pie. It was kind of a toss up for about thirty seconds over which pie I wanted to make, but reason and Oreo cookies won out in the end. 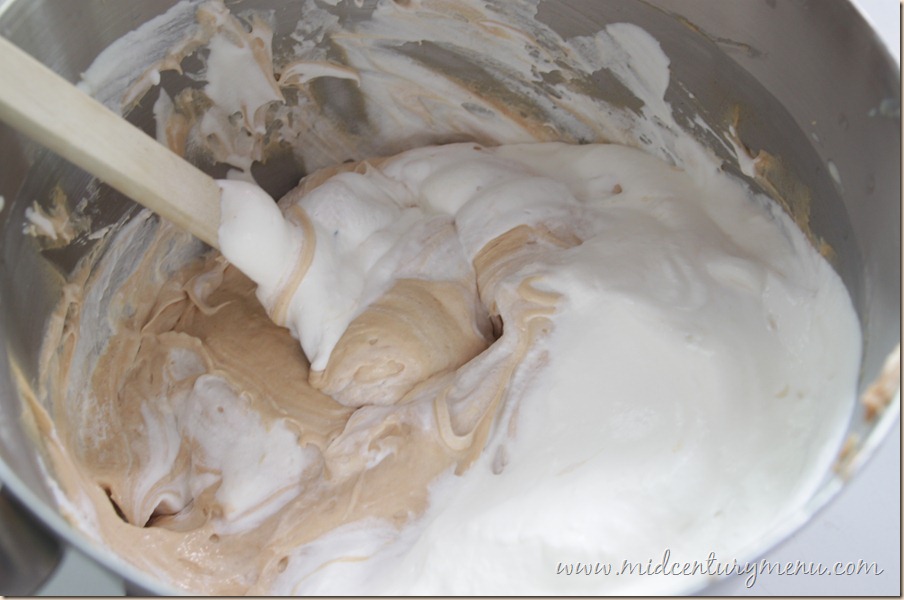 A quick word about the filling here. If anyone has ever made Borden’s No Bake Cheesecake recipe, you know that lemon juice is a necessary part of the equation so that the cheesecake sets up enough to cut without oozing out everywhere. This cheesecake also seemed to work on that premise, and so I added lemon juice to the peanut butter filling against my better judgment. It didn’t seem to make sense to me flavor wise, but I wanted the pie to set up so I added it anyway. 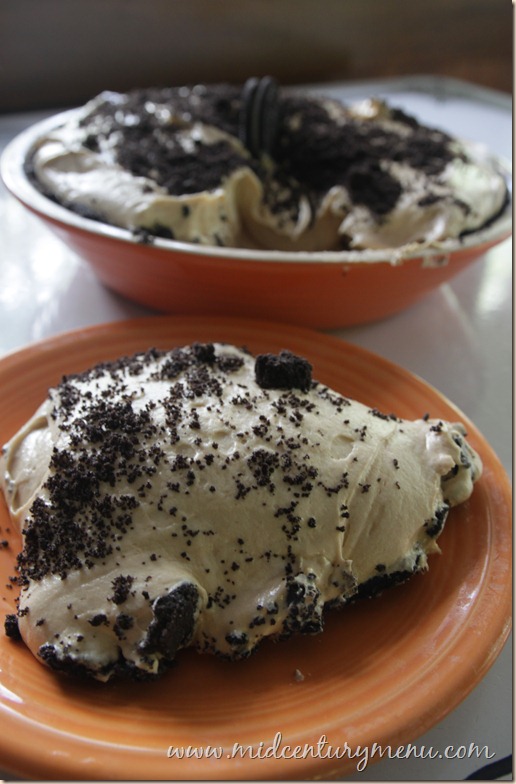 And here is what I got. It…never really set up.

But it had Oreos in it that Tom hadn’t already eaten, so he was game. 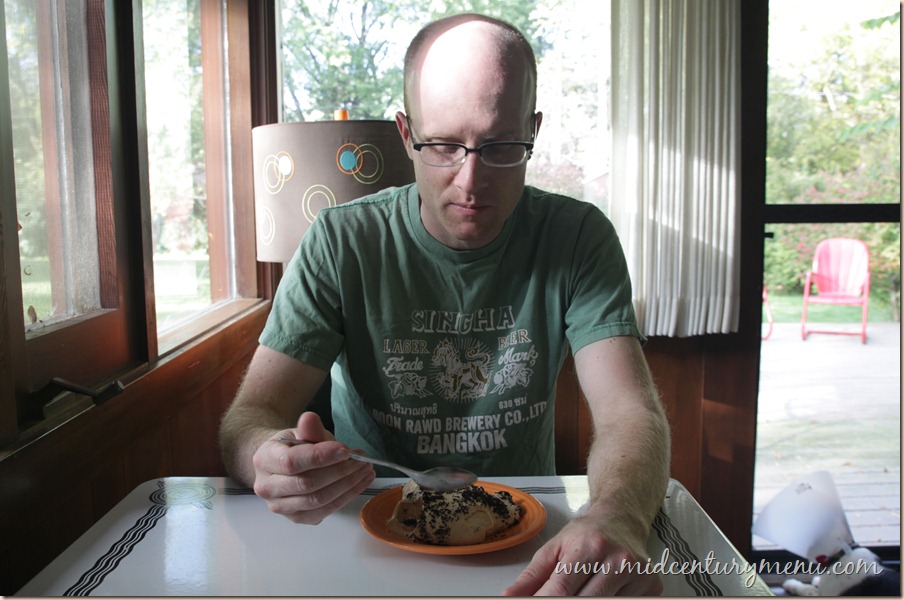 “Does it taste like there is a circus inside your mouth?”

“No, but my mouth tastes lemony fresh.”

Very rich. Crust is the best part. Faint taste of lemon over the peanut butter. Not overpowering but it is there. But still tastes like good peanut butter pie.

We brought this pie over to a friend’s house for them to taste-test with us. They loved it, but their kids hated it! So, maybe not a kid-friendly dessert!