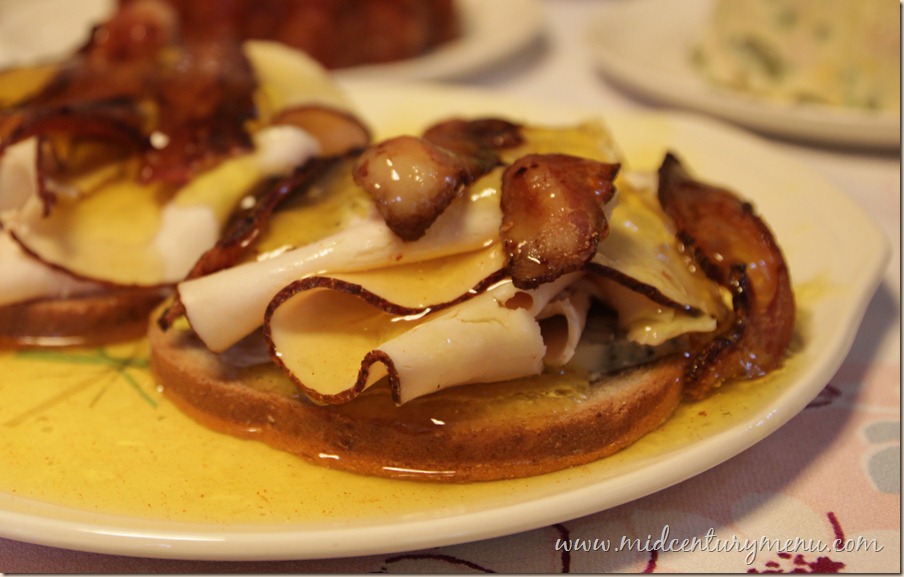 Well, here we have it, guys. The last big winner from our totally fun gelatin contest. And, I have to admit, in some ways, we saved the best for last.

They consist of an open faced sandwich smothered with a layer of lemon gelatin that has been forced-fed a bunch of herbs.

Who thinks of this stuff?

And Sara, who submitted this recipe, wonders the same thing because she writes:

I have to include this one just because my first impression was, “Did anyone ever think this was a good idea?”

Thanks for running this contest – it was fun!

No, Sara. Thank YOU for sending us this ridiculous thing that actually ended up tasting good. 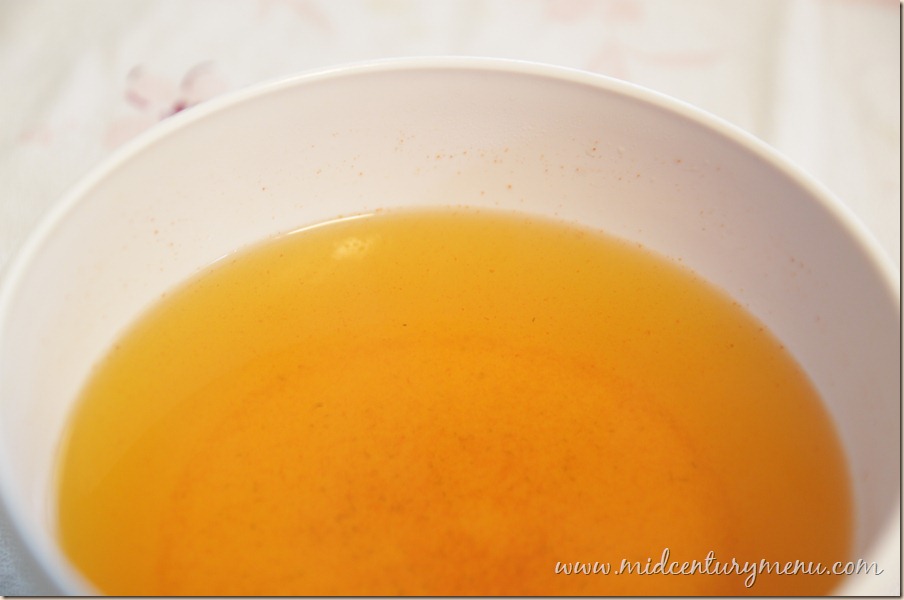 The first thing I had to do was add savory elements to sweet gelatin. Again. Every time I do this it makes me shiver. 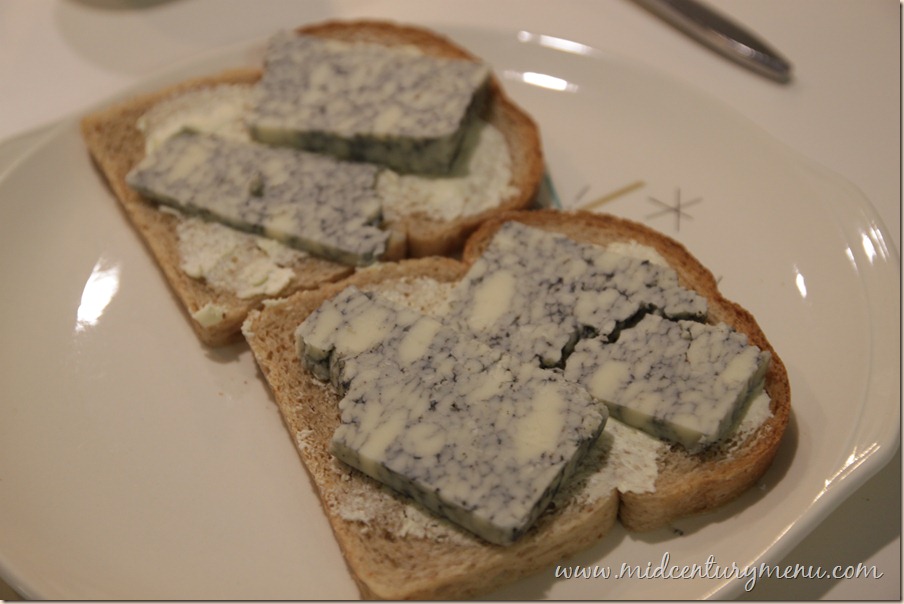 But making the sandwich part was nice. Local bread topped with cheese from Wisconsin! 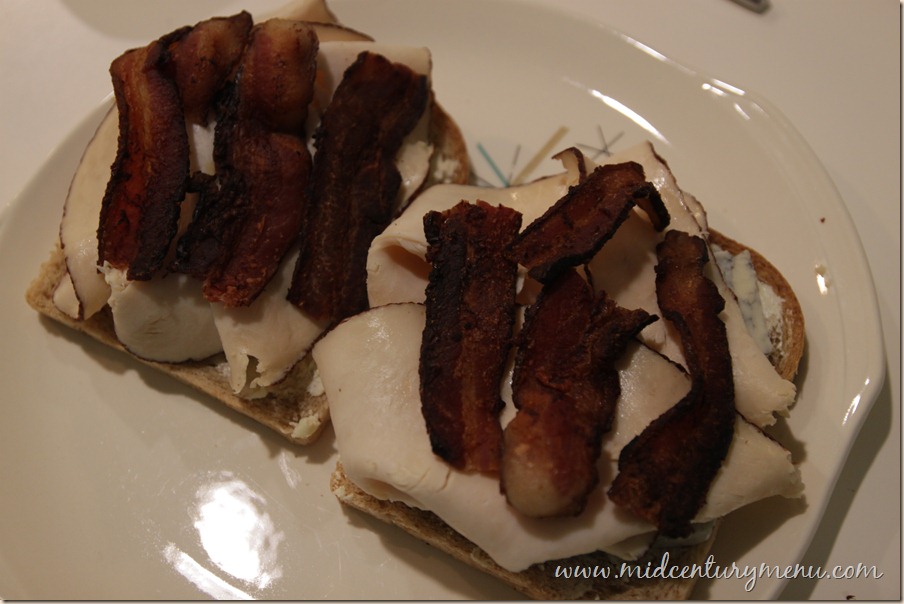 And then lots of really crispy bacon. I wanted to make sure we didn’t have any accidental bacon sogginess.

Unfortunately, I didn’t take a video of me pouring a bunch of lemon gelatin over my perfect sandwiches. It’s a good thing too, because there was lots of swearing. 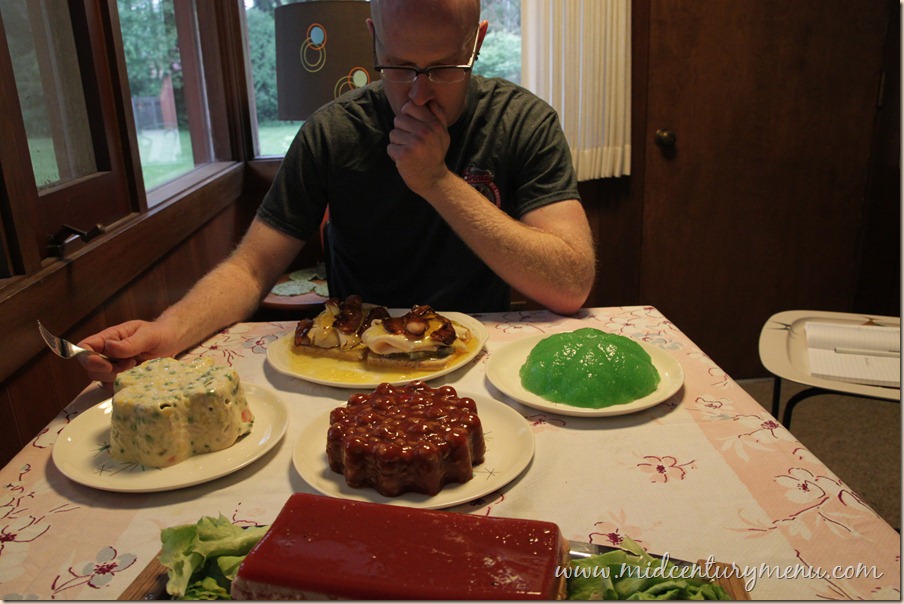 You may have seen this pic before (I posted it on Pinterest not too long ago), but I wanted to post it again because I love it so. This is Tom’s gut reaction when he sat down to his dinner that night. But really, can you blame him?

In a hilarious side note, when I posted this pic I got a comment on Pinterest from Lauren M:

The one in front of him looks like it has eggs and eggplant in it. Gag.

Well, Lauren, no eggs and no eggplant, but yes it does kinda makes you want to gag, doesn’t it? Even knowing that it tasted good, I can still feel the gagging. 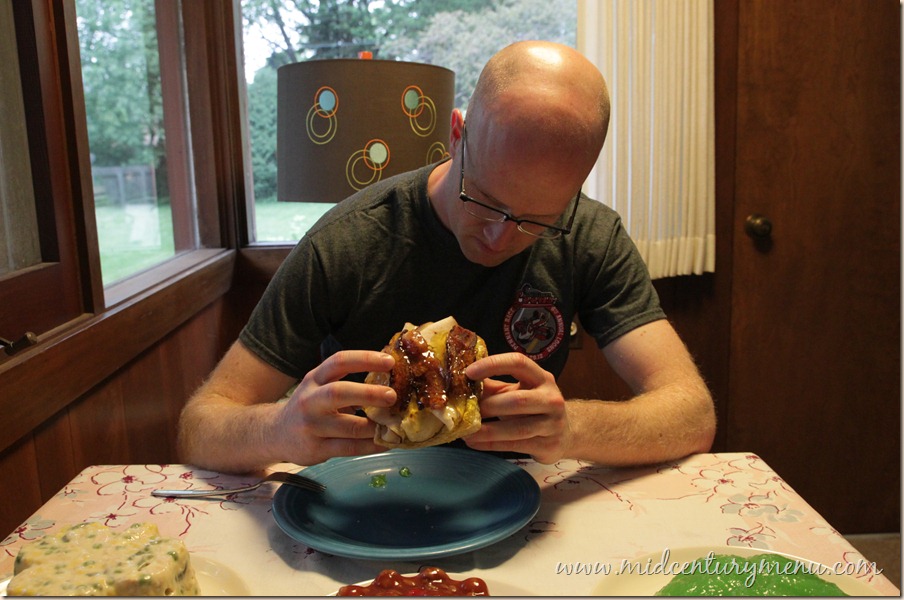 Double-checking to make sure there is no American Cheese in it.  So suspicious. 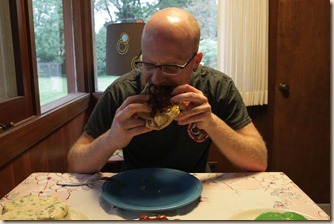 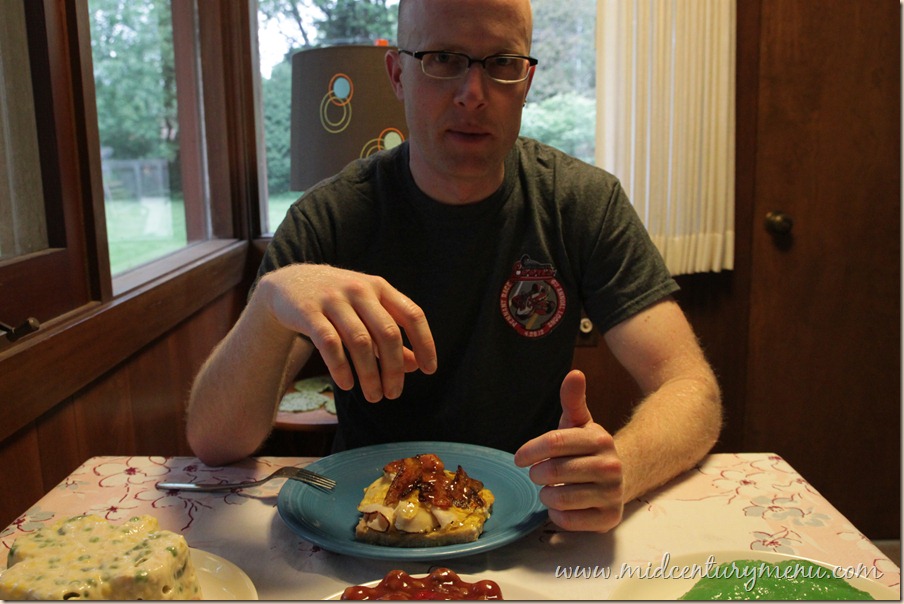 “Don’t laugh, but this is actually pretty good.”

Well, I am a little ashamed to admit I did laugh at him. Quite a bit. And possibly taunted him.  I thought all that gelatin had gone to his brain. But then I took a bite.

It works. The gelatin tasted really good with the meat and cheese. A nice citrus flavor with a good level of spiciness. The biggest negative was that it made my hands sticky.

Pretty good! If the gelatin hadn’t started out sweet it would have been really good. Surprisingly, the bread wasn’t soggy at all and the bacon was still crunchy.

Thanks for sending in this recipe, Sara. It was a blast!!!

Readers – if you haven’t seen the gelatin recipe you submitted yet, do not fret! We will be posting all of the recipes we tested over the next couple of months. You guys submitted some doozies, so it is going to be a great time!