Whew. Tom and I are exhausted. We just got back from a 5-night trip to Las Vegas and wow, it was ever crazy. Yep, crazy. Non-stop debauchery. 24 hours a day. Yep. Yeppity-yeppity-yep.

Okay, so…most of that was a lie.

I have to say we aren’t a very exciting couple. Moderate gambling. Moderate drinking. Moderate spending. Probably the most scandalous thing we did was not share entrees at restaurants. Which, if you’ve been to Vegas, you know that they feed you enough for five people, two dogs and a very hungry ferret. So, after 6 days of ordering 3 meals a day of junk and wasting 2/3rds of it, I was actually looking forward to coming home and cooking for us.

Even if “cooking” consisted of mixing three liquids together. 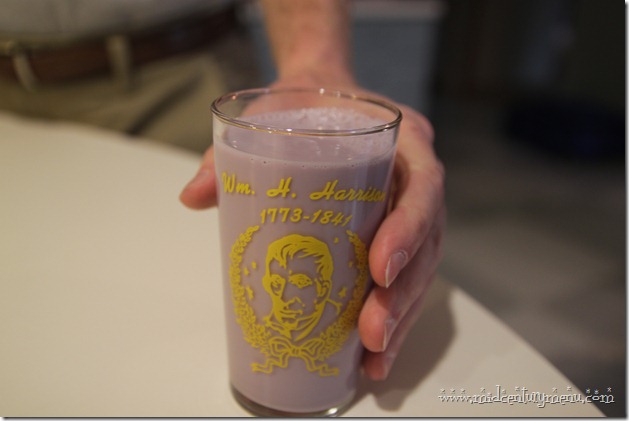 It’s Grape Milk Shake, people. Much crazier than anything in Vegas!

This recipe is from Betty Feezor’s Best TV-tested Recipes. Betty Feezor, who was a fantastic woman and an even better cook, had a television show in North Carolina from 1953-1977. It was great and I love the cookbook I have. Seriously. If you ever have a chance to pick up one of her cookbooks, do it. She was incredibly talented and inventive in her cooking. Some of her recipes, especially in the baking section, use techniques and ingredient combos I have never seen anywhere else. 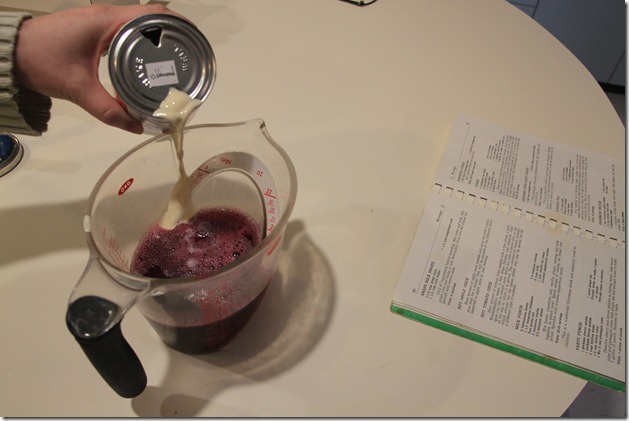 Which, knowing Betty Feezor, makes the fact that you are combining grape juice and evaporated milk  in this recipe not as strange as it should be. 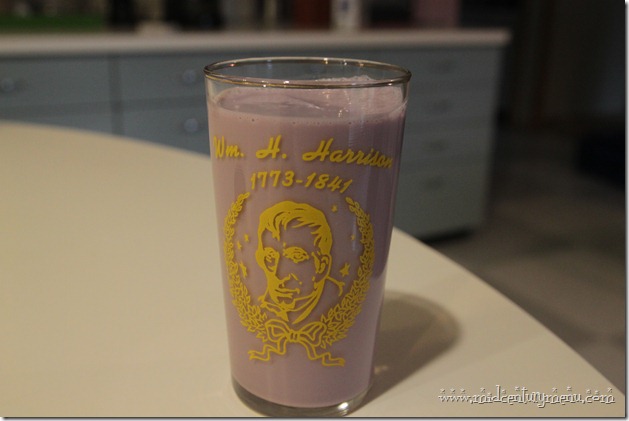 And, even though the term “milkshake” may immediately bring to mind ice cream, in this case it refers to the technique more than the ingredients.

Even though I didn’t actually shake mine. It ended up being more of a “Grape Milk Stir.”

Or, to be absolutely precise, Tom’s Grape Milk Stir. 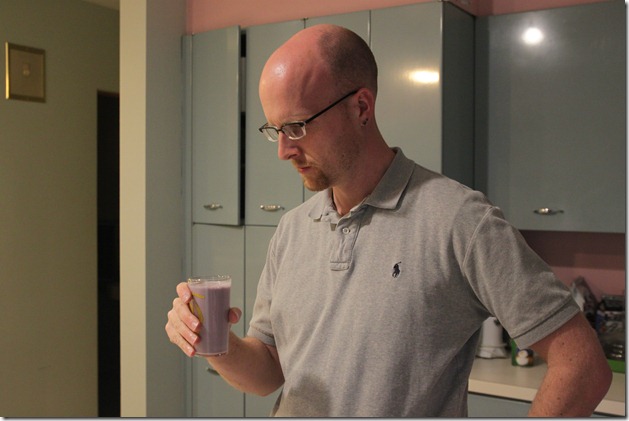 “That’s really some color, isn’t it?” 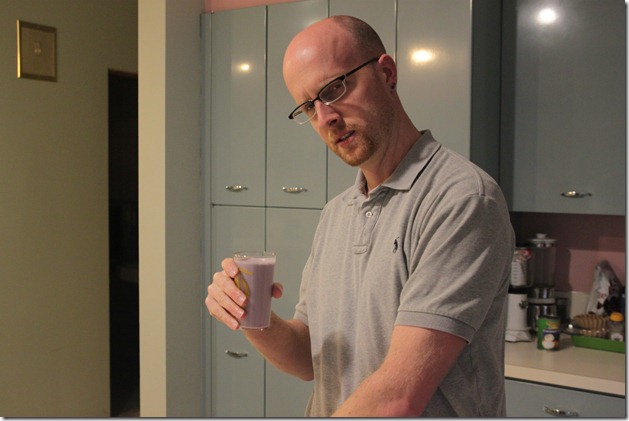 “I hate it when you say that.” 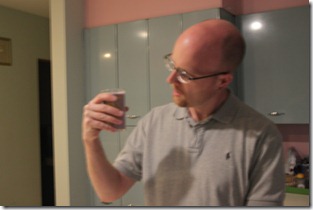 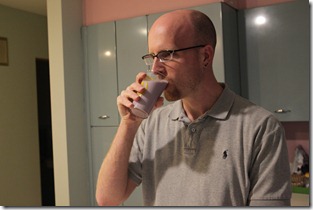 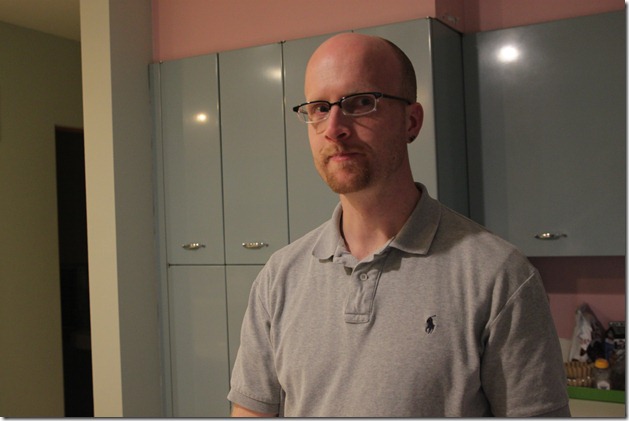 “This is grape juice and milk, isn’t it?”

“I hate it when you say that.”

The Verdict: Not great. But then, I am not a big fan of fruit juice mixed with milk. Tom thought it was okay. He drank his glass, and part of another, and then he was done. Probably would have been much better if it would have been made with ice cream. I am disappointed with this one, but I am not giving up on Betty Feezor!