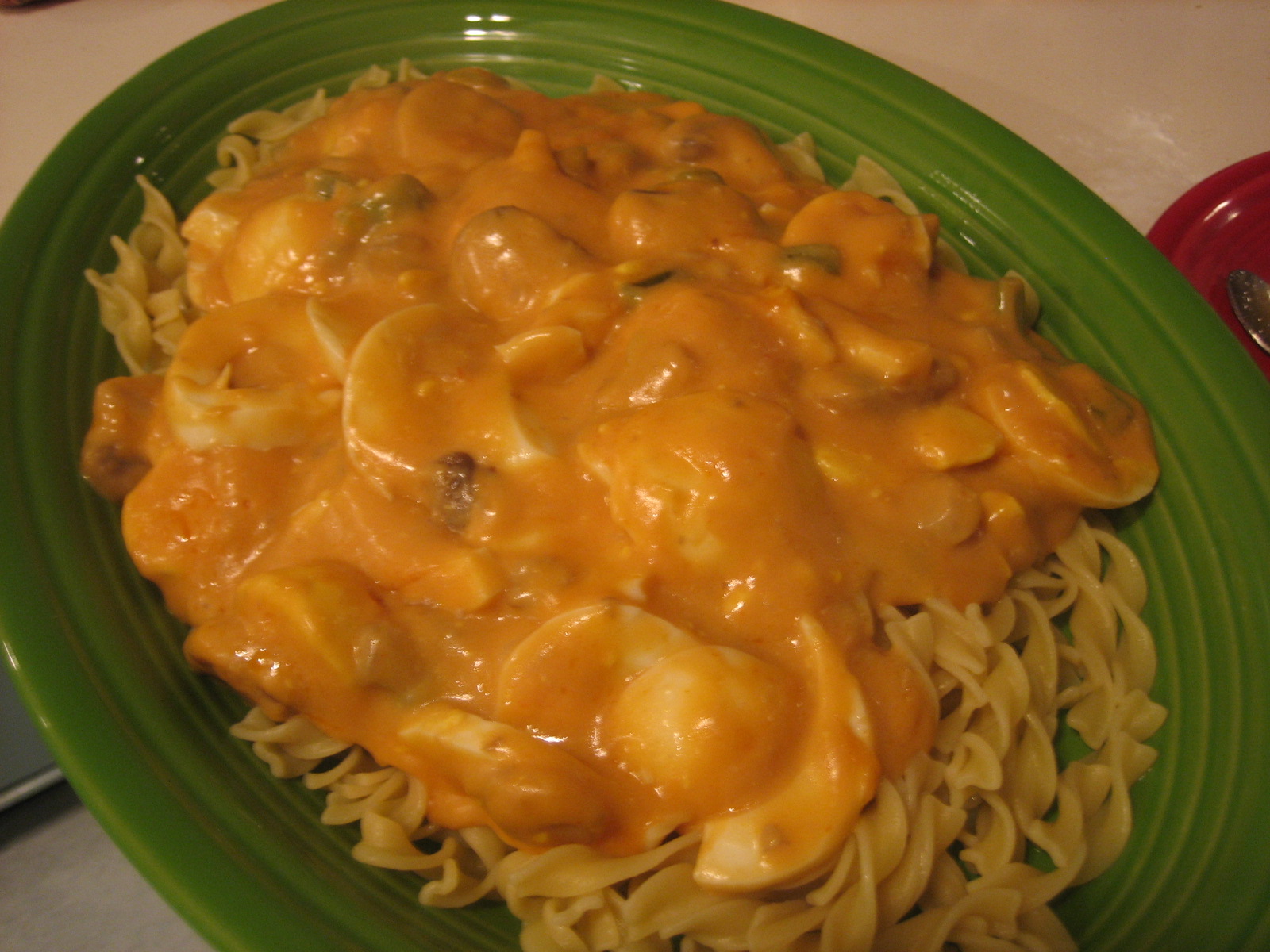 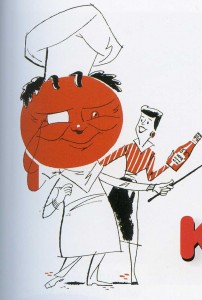 *Note – Our recent contest for the Worst Mid-Century Recipe forced my brain to reluctantly recall the many horrible things we have made on this blog. Eggs Oriental was prominent in those memories. This post was originally published in April 2009, and looking at pictures of it still make me gag!

You know, I don’t consider myself to be the most orderly person. Or the most driven person. I have great ideas, but, like most people, a good majority of them never really pan out.  But here it is, only three weeks into my Mid-Century Menu project, and I have already met my goal of finding a ridiculous recipe that really shouldn’t be made. Mission accomplished.

This week’s recipe is from the slightly (slightly?!?) disturbing cookbook put out by Heinz Ketchup.

This recipe is bad. Really, really bad. I wonder if I should even finish this post?  It is so horrible that it might disgust all you nice, innocent readers, who only came  out of curiosity to see what I made. It might cause you to never return again.  And then it might cause you to spread the news all over Twitter and Digg, and might cause everyone to recoil in horror if they even read the name of my blog, let alone go and visit it.

The recipe is that bad. Really.

Don’t believe me?  Well, here. Look for yourself. 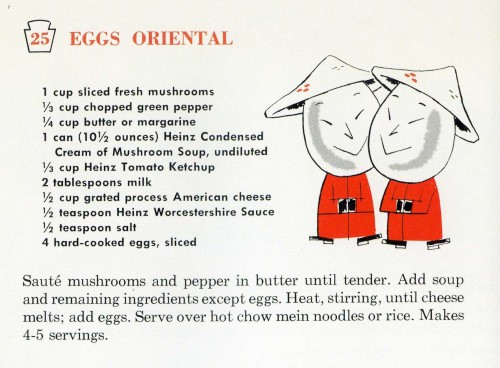 Eggs Oriental, huh?  You coulda fooled me.  It looks like Eggs in Cream of Mushroom Soup. With ketchup. They could have at least added some soy sauce!

But as always, Hubs was game, so off we went. 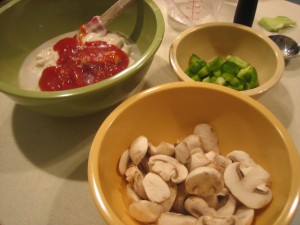 Not so bad, right?  Nothing wrong with some prepped ingredients.  Except fooooooooor…… 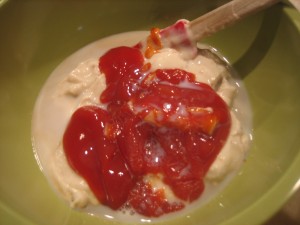 this bowl. Which is all the “seasoning” for this dish. Yum. 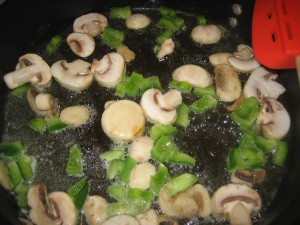 The mushrooms and green peppers, happily cooking in a quarter cup (!) of butter. This is a lot of butter. Half that would have sufficed for the small amount of veggies that needed to be cooked. 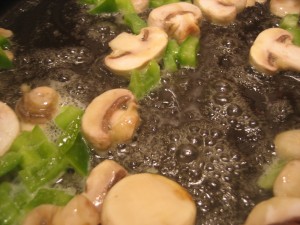 Far too much butter, browning in the pan. 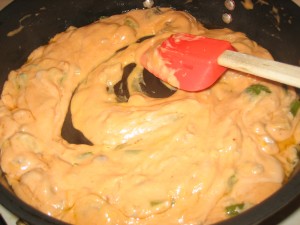 All the “seasonings” added to the pan. At this point, the mixture started to give off the most noxious smell. If anyone has ever smelled cream of mushroom soup with ketchup in it, it is not a good mix. Not at all. 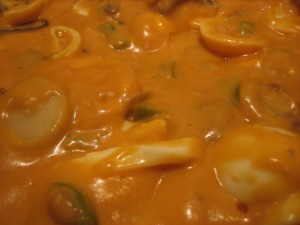 After adding the egg slices, I turned to Hubs and said, “The eggs better make this magically taste better. Otherwise this is going to be bad.”

Hubs was unusually silent during the cooking, except for an occasional burst of incredulous laughter. 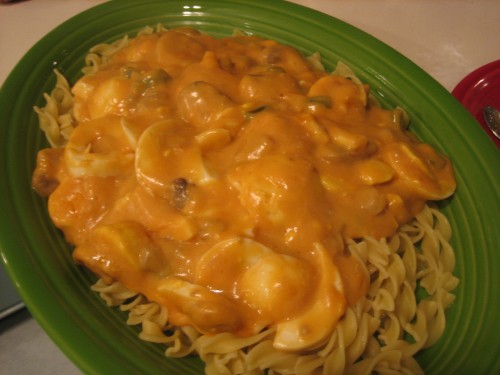 Finished up and plated. All one can really say is….Eww.  I decided to serve it over noodles because…well, it seemed like a sin to serve it over rice. I was already wasting enough ingredients, I wasn’t about to waste some of our good brown rice. 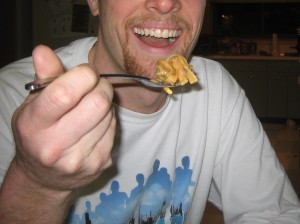 Being perversely enjoyed by Hubs. He couldn’t stop laughing throughout the whole meal. It was truly horrible. The smell was amazingly bad, and every time I took a bite I was shocked by the combination of ketchup and cream soup.  The eggs surprisingly did help, making it edible. But it was far from delicious.

As I was sitting there, staring at and smelling this plate of food, I realized that serving bad food is a pretty new thing for me.  I was unhappy, even uncomfortable, with the idea that this was our dinner. That I had made….this thing that tasted horrible. It was a pretty new experience for me.   As an adventurous cook, I have made things in the past that hadn’t gone exactly as planned, but nothing had ever, EVER been this bad.  It was a strange feeling.  I was definitely out of my comfort zone. 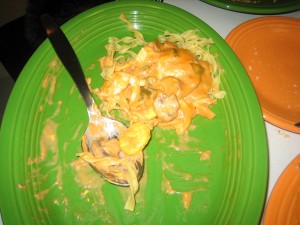 I made it through the serving on my plate, but it was a close one.  Hubs ate more, mostly because he had just gone for a long run and was really hungry.  But even he was eventually forced to stop by the smell. The rest hit the trash.

*From the Mid-Century Menu Archive!