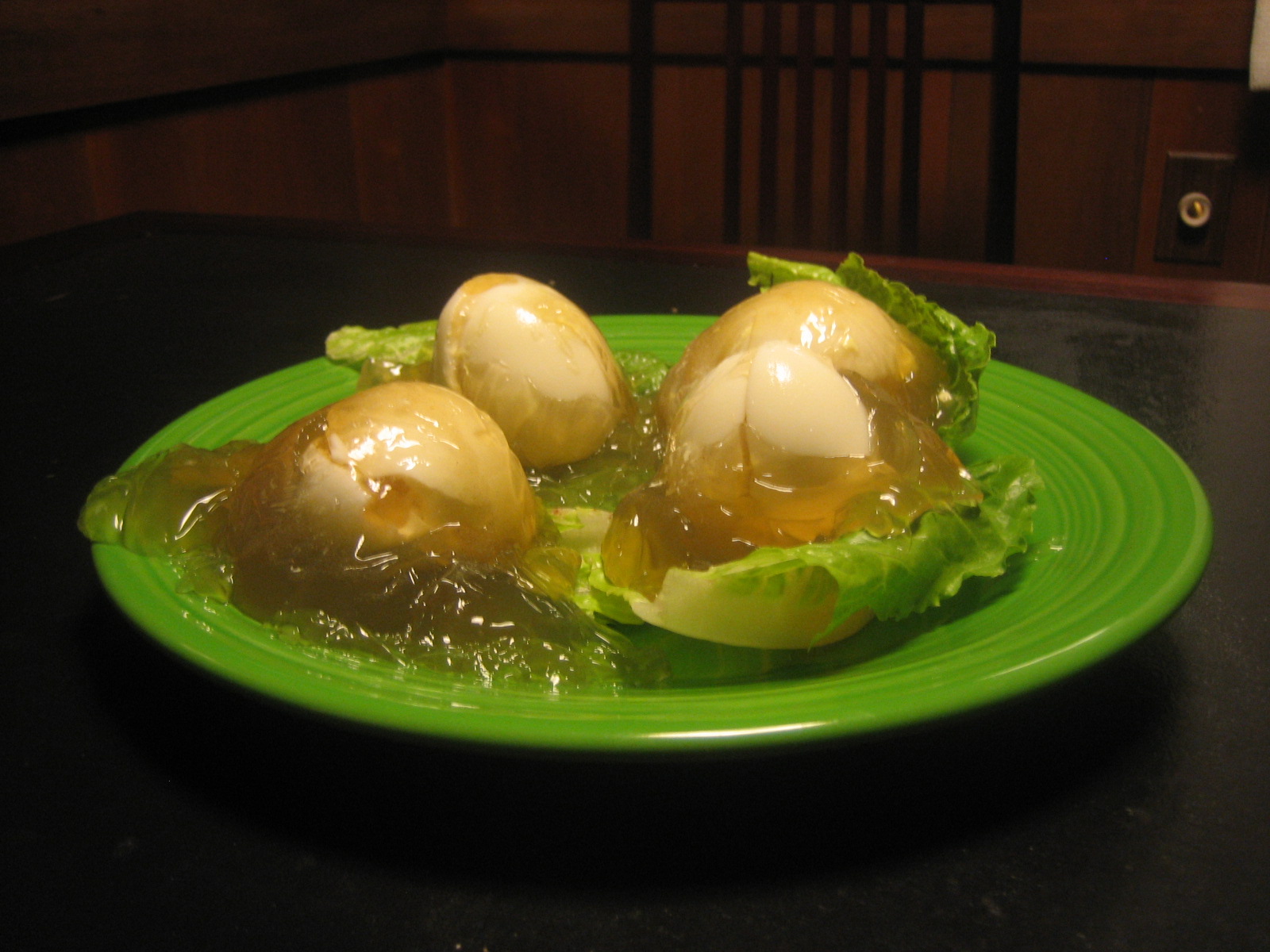 Ah!  So many choices!  With over 40 Mid-Century Menus to choose from, Tom and I had a tough time deciding what was the best and worst of this year.  We couldn’t really come up with an overall best or an overall worst, so we came up with a couple of categories  in each choice, and sometimes even have individual favorites for each category.  So, I hope you enjoy all of our choices!

I didn’t make too many desserts this year for the Mid-Century Menu, but the ones I did make were all pretty good.  Tom and I agreed that this category goes hands down to Jim Dandies. 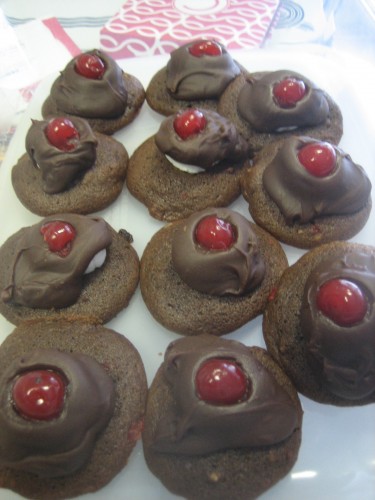 Cherry and chocolate, a winning combination! (Well, for most of us, Barbara!)

I was surprised when Tom and I had a disagreement on what should be number one here.  Frankly, Tom just doesn’t remember how good the Bologna Papooses were, which is why I think they should be the best.  Spicy mac and cheese inside a fried bologna shell. What’s not to like? 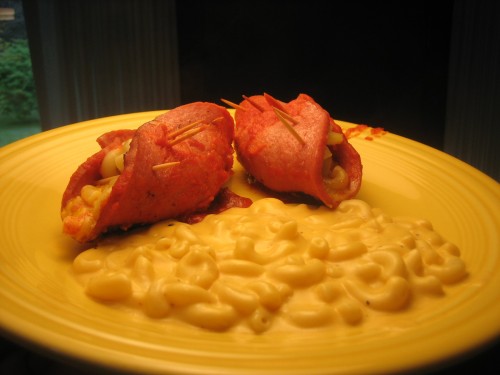 But Tom remembers the Spamcakes being better.  He claims he really can’t remember what the Papooses tasted like, which means they weren’t that memorable to him.  I guess he has a point. 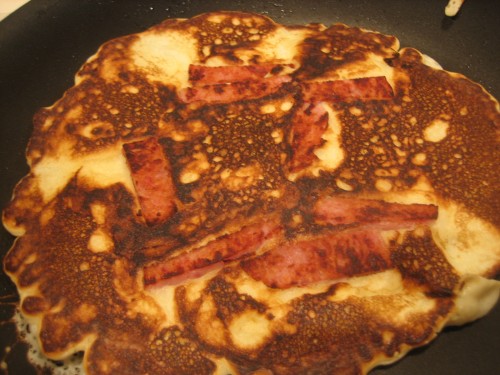 There are many, many, MANY moments in the Mid-Century Menu when we are making a recipe and are hesitant to add an ingredient because common sense tells you, “This is never going to work.  And I am going to have to choke this crap down for at least two days.” But sometimes we get a miraculous reprieve and crazy combinations actually DO work out well. Thank god.

Tom’s choice was the totally insane Meatloaf Ring with Creamed Mushrooms, that used a whopping half cup of HORSERADISH mixed in with the meat.  Thankfully, the baking time really took the heat out of the horseradish, and the meatloaf ended up being really good, even if I couldn’t get the creamed mushrooms to stay in the ring. 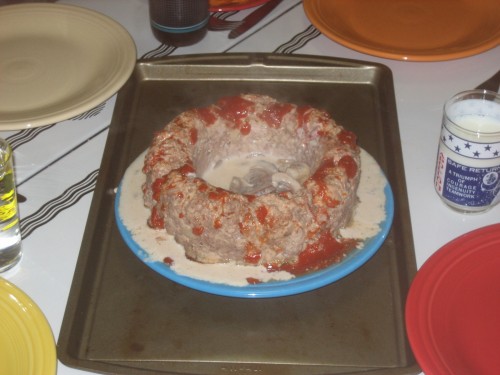 The dish I thought was the most miraculous was the Hot Fudge Pudding Cake I made with the Bisquick Pizza Boats.  I totally didn’t think it would work, (mystery layer of pudding from nowhere. Right.) and didn’t even bother to take a picture.  It ended up being amazing and Tom and I licked the bowl clean.  I learned my lesson, and took pictures of everything from then on, even if I thought they wouldn’t work. 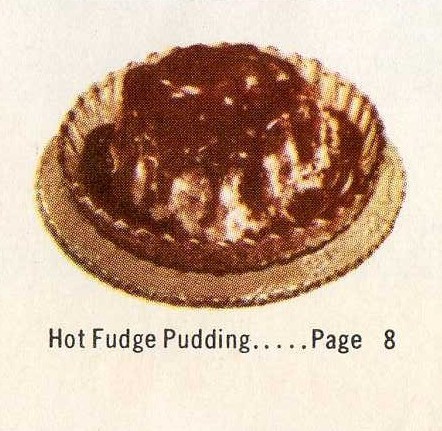 We couldn’t pick a best main dish that we agreed on.  Surprisingly, a lot of things this year were really good.  But in terms of recipes that we would make again, we each had a different ideas on what was the best main dish.

Tom loved the Squirt Chicken, it was really tasty and he got to use the grill, which he always loves. The citrus soda ended up being a really interesting flavor in the finished chicken, and we both really liked it. 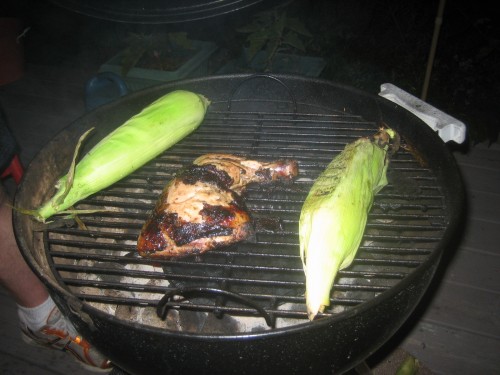 I, on the other hand, was really impressed by the Spaghetti Timbales.  They were fun to make, a little crazy looking and ended up tasting like really good mac and cheese.  A winning combo. 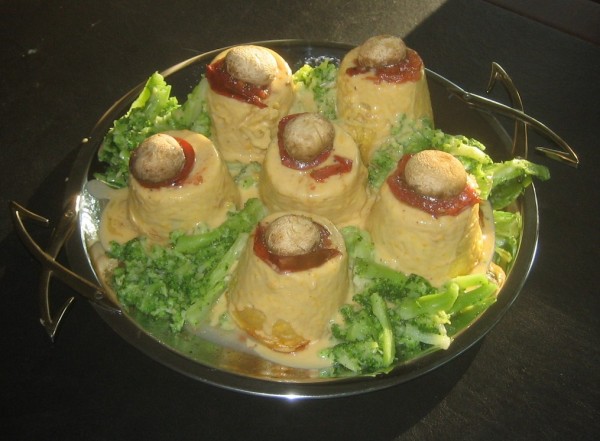 Uh, and now for the WORST!

Since I didn’t make any truly terrible desserts this year, I decided to name the worst side dish that we came up with.  Tom and I didn’t have any problem agreeing on this one.  And let me tell you, Cheezy Beans and Onions was truly terrible.  Besides looking like horror movie material, it tasted unbearably like cigarette butts. 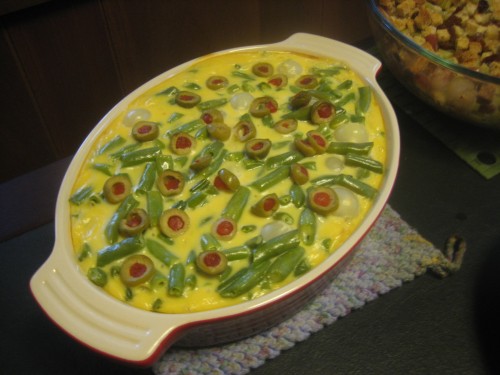 Sometimes the unusual combinations in the Mid-Century Menu go enjoyably right, and some times they go gut-churningly, disgustingly wrong.  Sometimes they go so wrong, that you wonder about the sanity of the people who put the recipes together.  I mean, really wonder.

My choice for the most horrible combination was the Cottage Cheese Pickle Peanut Sandwichthat was created by someone who was obviously insane.  It was disgusting.  It was grilled. It was pickley. 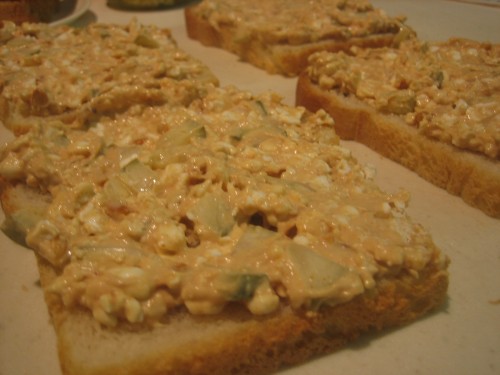 Tom’s choice was the legendary and truly terrible Tropical Meat Salad, which was created by someone with good intentions to bring the tropics to American Families everywhere and instead guaranteed that on the night it was served for dinner the kids would go to bed hungry.  I know, cause I sure did. Mayo, ham, bananas, mustard and pineapple does terrible, ungodly things when mixed together. And it tastes even worse. 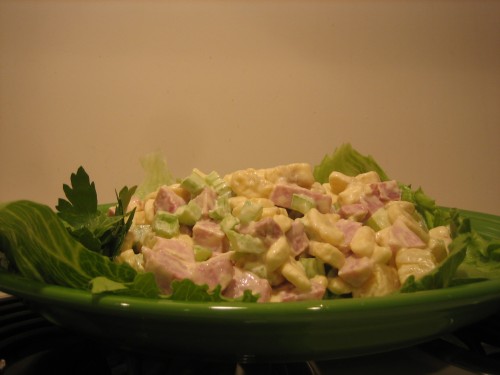 Now this one Tom and I had no trouble agreeing on.  Even though there were some impressing contenders for this title (Tuna Royals and Eggs Oriental), the honor of Worst Main Dish of 2009 goes to Jellied Stuffed Eggs, the worst thing Tom and I have ever eaten.

This dish had it all, disgusting filling, slimey eggs all suspended (if only temporarily) in jellied chicken broth.  It remains to this day the only dish where Tom took his first bite and gagged on it. 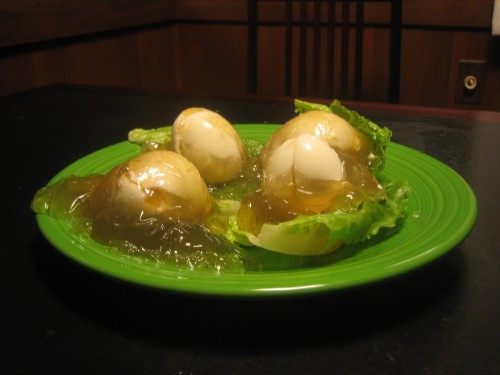 Well, that is it!!  Thanks for a great year with the Mid-Century Menu, guys!  It is great to see so many people following a long with our adventures, and we actually love doing it.  Tom has been chomping at the bit to start up again with dinners, so get ready for a whole new year of Mid-Century Menu starting next week!